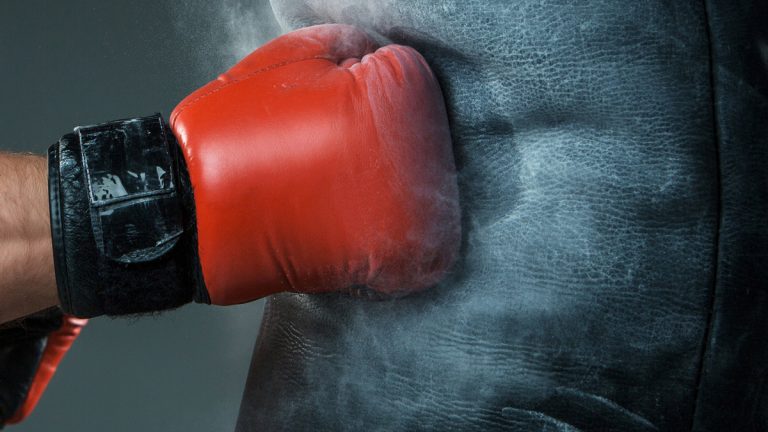 Boxing existed long before Floyd Jr. was born. In fact, boxing traces its history to ancient Greece when an event similar to boxing was added to the Olympic Games in 688 BC. But the sport did not evolve until the 16th to 18th century mainly in Great Britain prizefights. The forerunner of modern day boxing was introduced in 1867 with the establishment of the Marquess of Queensbury Rules.

Since the start of the 20th century, boxing slowly emerged as a premier sport and later, it became the top fight sport in the planet. Over the decades, we’ve seen too many great fighters emerge and fade. There are too many of them, all-time greats, Floyd Mayweather Jr. included. But if we talk about the best of the best and the greatest of the greats, there are a handful who deserve in that conversation.

We’ve listed down the 10 names whom we believe are the best boxers of all-time: 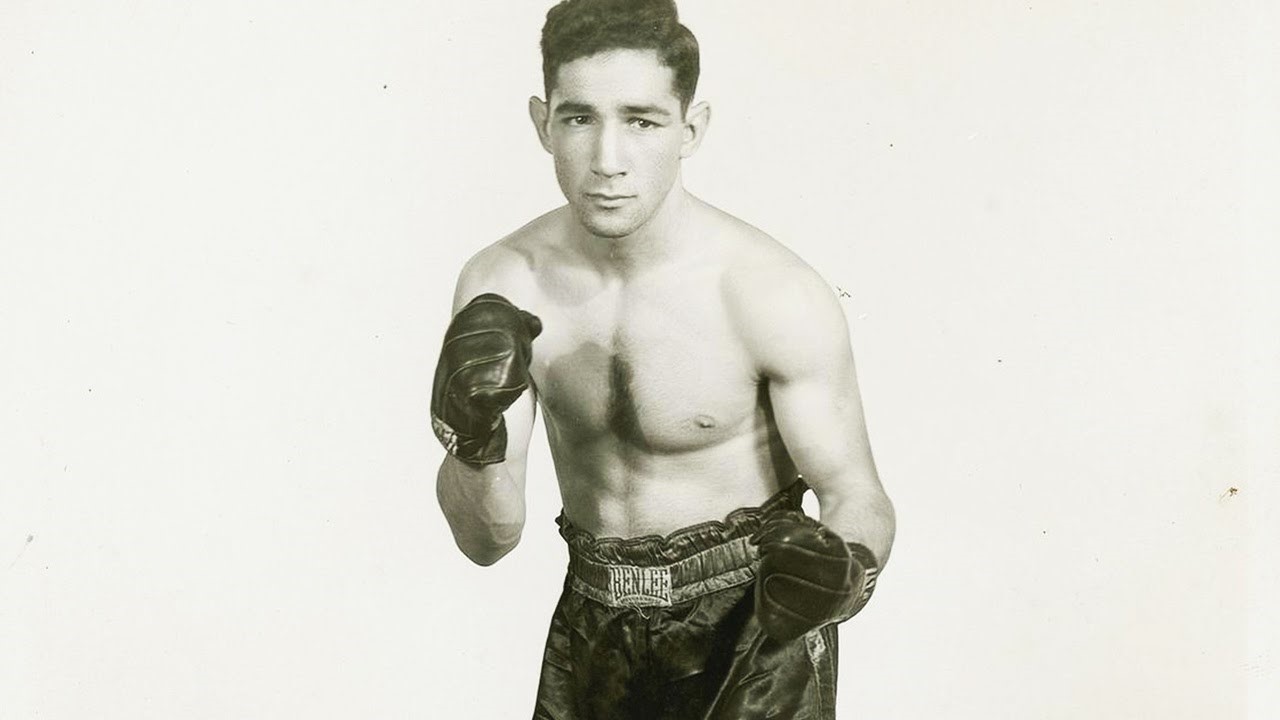 Legend says that Willie Pep once won a round without throwing a single punch. That myth has never been proved or disproved because boxing fights during his time weren’t on PPV or TV yet. True or not, that was how Pep wanted to be remembered as a fighter, the one you couldn’t hit.

Born as Guglielmo Papaleo on September 19, 1922 in Middleland, Connecticut, USA, Willie Pep turned pro in 1940 and won his first 63 bouts before losing Sammy Angott and then won 72 fights in a row again before losing to Sandy Sadler. Pep boxed a total of 1,957 rounds an became Featherweight world champion twice from 1942-1950. He was known for his speed and finesse but most remember him for his elusiveness and legendary defensive skills.

Pep was seriously hurt in a plane crash in 1947 but he recovered, fought on and won the world title a second time in 1949. He is best remembered for his rivalry with Sandy Saddler, the only fighter who was really able to solve his elusiveness. Saddler won three out of their four bouts. 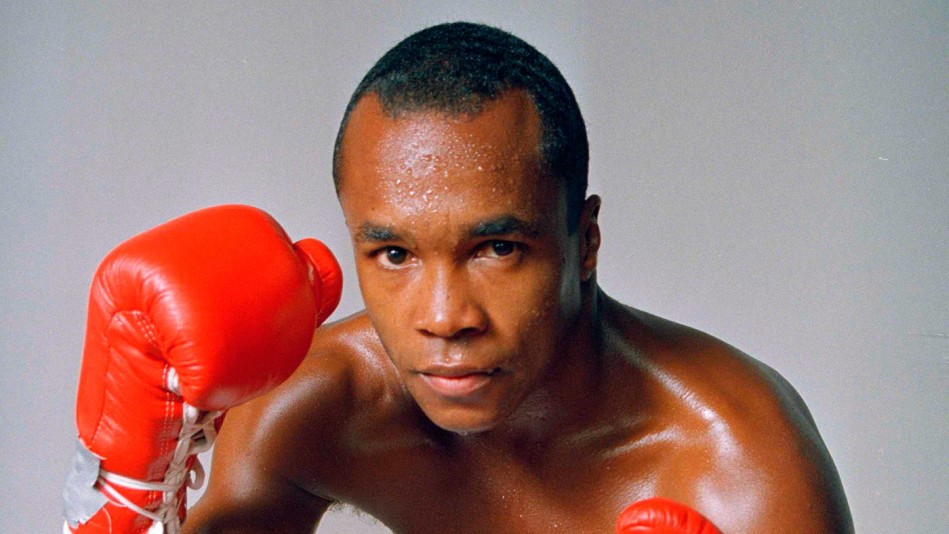 They say boxing is a sweet science and there may be no else more sweeter than the man nicknamed as Sugar- Sugar Ray Leonard. Leonard isn’t just one of the most iconic boxers of the 80’s, he is also one of the sport’s first superstars. Leonard was the first fighter to earn more than $100M in purse money.

Known for his elite technical skills, supreme ring generalship and unparalleled footwork, Sugar Ray Leonard fought for two decades and won world titles in five different weight classes. After winning gold in the 1976 Olympic Games, Leonard turned pro and stunned Wilfredo Benitez to win the welterweight title in 1979 only to lose it to Roberto Duran seven months later. Leonard would defeat Duran in a rematch more popularly known as “No Mas”.

After his epic fight with Thomas Hearns in 1981, Leonard retired in 1982 due to a detached retina. He returned to defeat Marvin Hagler for the middleweight title and then in 1989, he defeated Donny Lalonde to win the super middleweight and light heavyweight titles. 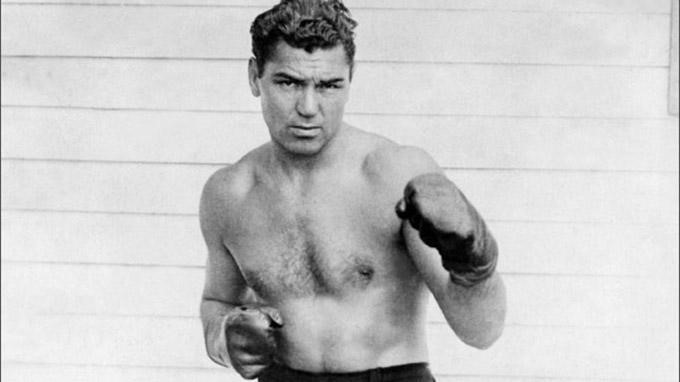 Jack Dempsey was the face of boxing at a time when it competed with baseball and horse racings as the favorite past time of the land. The Manassa Mauler had a brawling, devil may care attitude inside the ring. He was all business inside the ring but a handsome and charismatic character outside of it.

He held the world heavyweight title from 1919-1926 although only six fights during that period were considered as title defenses. Dempsey was involved in some of the most classic wars of all-time, including the ones he had with Luis Angel Firpo and Gene Tunney.

Many of his fights set attendance and financial records and he set the first million dollar gate in the history of boxing. When he lost the title to Tunney in 1926, it was in front of 120,000 paying fans, the largest paid spectator attendance in boxing history. He lost to Tunney in a rematch where at one point, the latter was down on the canvass for 14 seconds but counted up to 9 only. Dempsey retired after that loss and set up a restaurant. 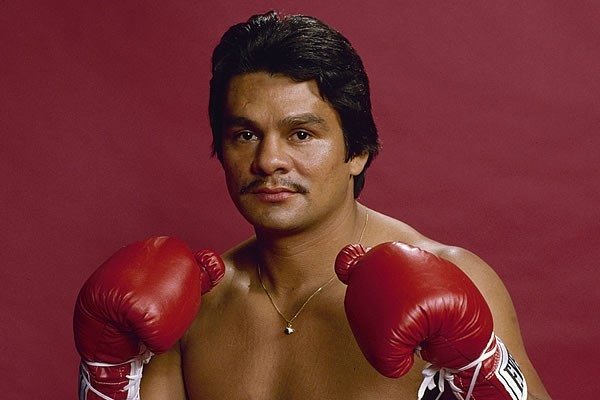 Roberto Duran will most probably remembered for the two words he uttered when he quit against Sugar Ray Leonard: NO MAS. But the man known as the Hands of Stone was truly more than that. Duran is one of the greatest brawlers and pressure fighters the sport of boxing has ever seen.

Duran’s first world title came in 1972 when he won the lightweight belt from Ken Buchanan. He dominated the division for seven years before out working Sugar Ray Leonard for the welterweight title in 1980. Five months later, he quit in their rematch. In 1989, during his 21st year as a professional, he beat Iran Barkley to win the middleweight title.

Duran won world titles in four different weight classes. He is only the second boxer, after Jack Johnson, to fight over a span of five decades. Manos de Piedra (Hands of Stone) retired at the age of 50 in 2002 after figuring in a car accident in 2001. He is considered as the best lightweight boxer of all-time. 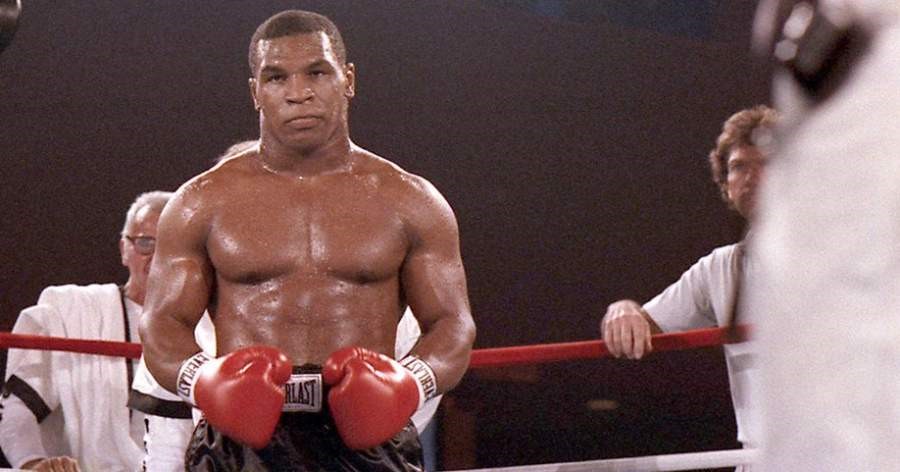 Perhaps the most feared fighter the sport has ever seen, Mike Tyson was the sport’s biggest star during the 1990’s. Iron Mike was a wrecking machine, he punched his way to becoming the youngest heavyweight champion of all-time at 20 years, 4 months and 22 days old when he knocked out Trevor Berbick in two rounds in 1986.

Tyson would go on to unify the belts and become undisputed champion, becoming the first heavyweight fighter to win the WBC, WBA and IBF titles and the only one, at that time, to unify all of them. Tyson defended his titles nine times before he was shocked by James “Buster” Douglas in Japan.

Iron Mike would become notorious after he was imprisoned following a rape conviction. After three years behind bars, he was released on parole and went on to recapture the WBC and WBA heavyweight belts. He will never be forgotten though, for biting off a piece of Evander Holyfield’s ear during their rematch. 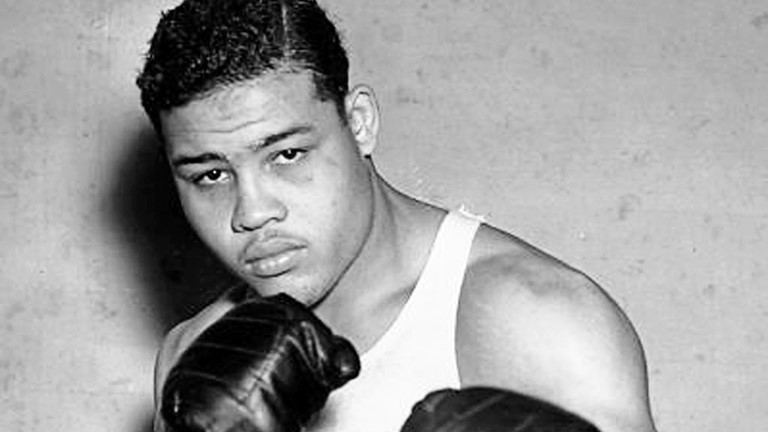 The Brown Bomber is one of the most popular champions of all-time. Joe Louis won the heavyweight title in 1937 and retired as champion in 1949. He held the heavyweight title longer than anybody did at 11 years, 8 months and 7 days and made more successful title defenses than anyone in history at 25.

Louis’ legend was enhanced with his two fights with Max Schmeling. He suffered his first career loss by getting knocked out in the 12th round in their first encounter. In their rematch, two years later, Louis dropped Schmeling three times in the fight and the German’s trainer threw in the towel after the third knockdown. Louis would become a hero in America with his win over the German.

His cultural effect was felt outside the ring as well. He became a focal point of anti-Nazi sentiments before and during World War II. In sports, he integrated the game of golf, breaking the color barrier in the sport by appearing in a PGA event in 1982. 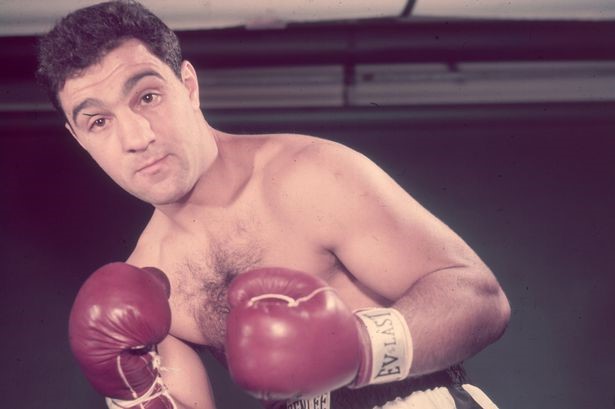 Rocky Marciano is one of the most iconic and popular American athletes of all-time. Born as Rocco Francis Marchegiano, he was known for his punching power, relentless attacking style, incredible stamina and granite chin.

Marciano won the heavyweight title with a 13th round knockout of Jersey Joe Walcott in September 1952. He retired undefeated and as world champion after six title defenses in 1956 and is the only undefeated heavyweight champion in the history of boxing. Marciano retired with a record of 49-0 with 43 knockouts. His 87.76% knockout rate still ranks as one of the highest every in the history of the sport.

He died in a plane crash on the day before his 46th birthday when he was a passenger at a Cessna 172 private plane that was heading to Des Moines, Iowa. The plane flew at a time when there was bad weather and at night. 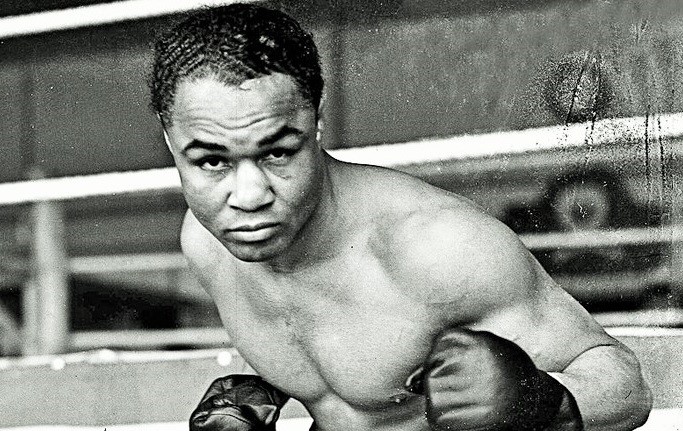 Henry Armstrong had as many nicknames as he had world titles. Some called him “Hammerin’ Hank” while other dubbed him as “Homicide Hank”. But the most appropriate nickname for Henry Armstrong Jr. was probably “Hurricane Hank” as he was a whirlwind of a fighter who overwhelmed his opponents with non-stop action and an avalanche of punches.

Armstrong is the only fighter in history to hold world titles at three different division simultaneously. He became featherweight champion in 1937 and added the welterweight championship the following year and the lightweight belt three months later. He challenged Ceferino Garcia for the middleweight title in 1940 and held Garcia to a draw. 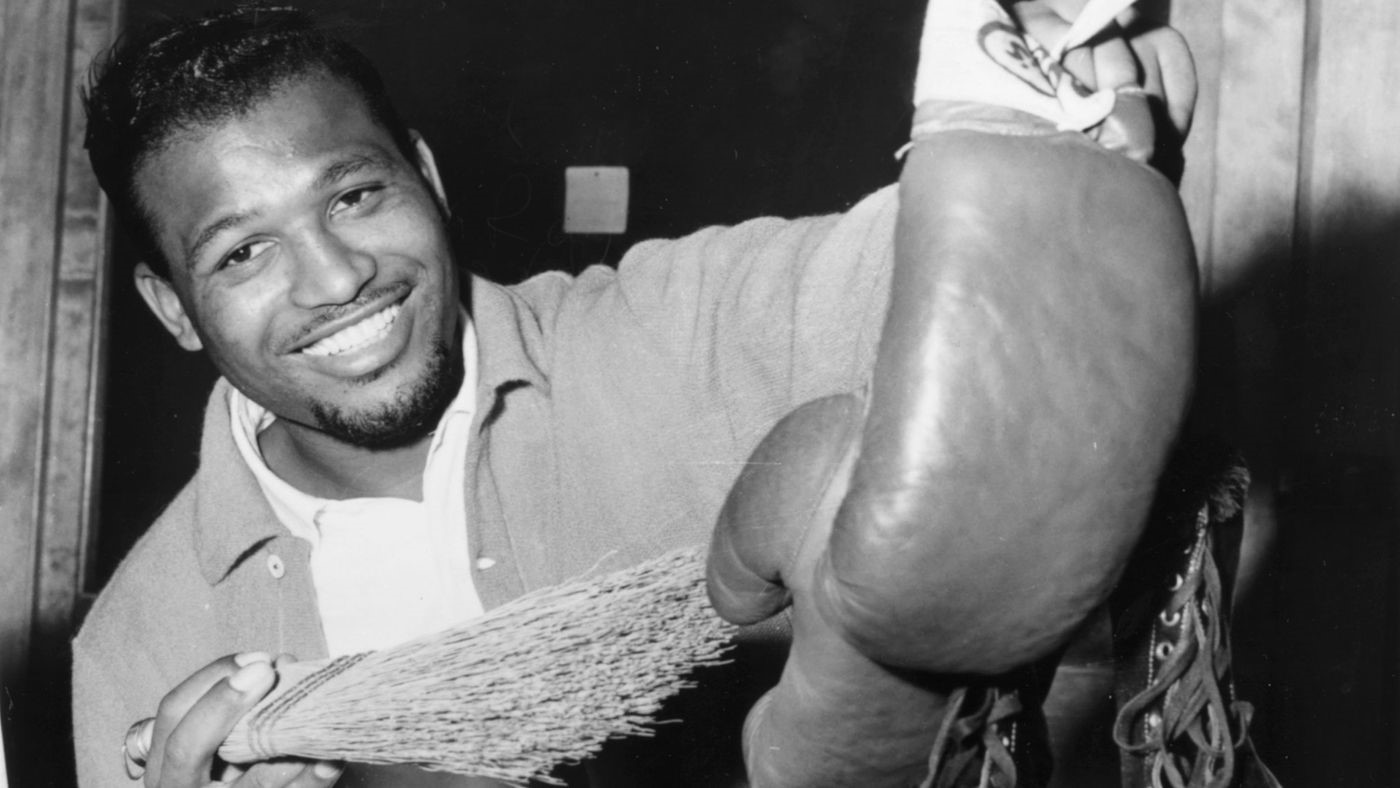 Robinson lost just once in his first 123 professional fights, to Jake LaMotta. He wasn’t as dominant a champion at middleweight as he was at welterweight but he still managed to win the title five times, including three after a brief retirement of two and a half years.

He attempted to win the light heavyweight title in 1952 but was stopped in the 13th round by Joey Maxim in a fight that had extreme heat conditions that the referee was replaced in the 10th round. That loss was the only stoppage loss of Robinsons’s career and he was interestingly up on points when the bout was halted. 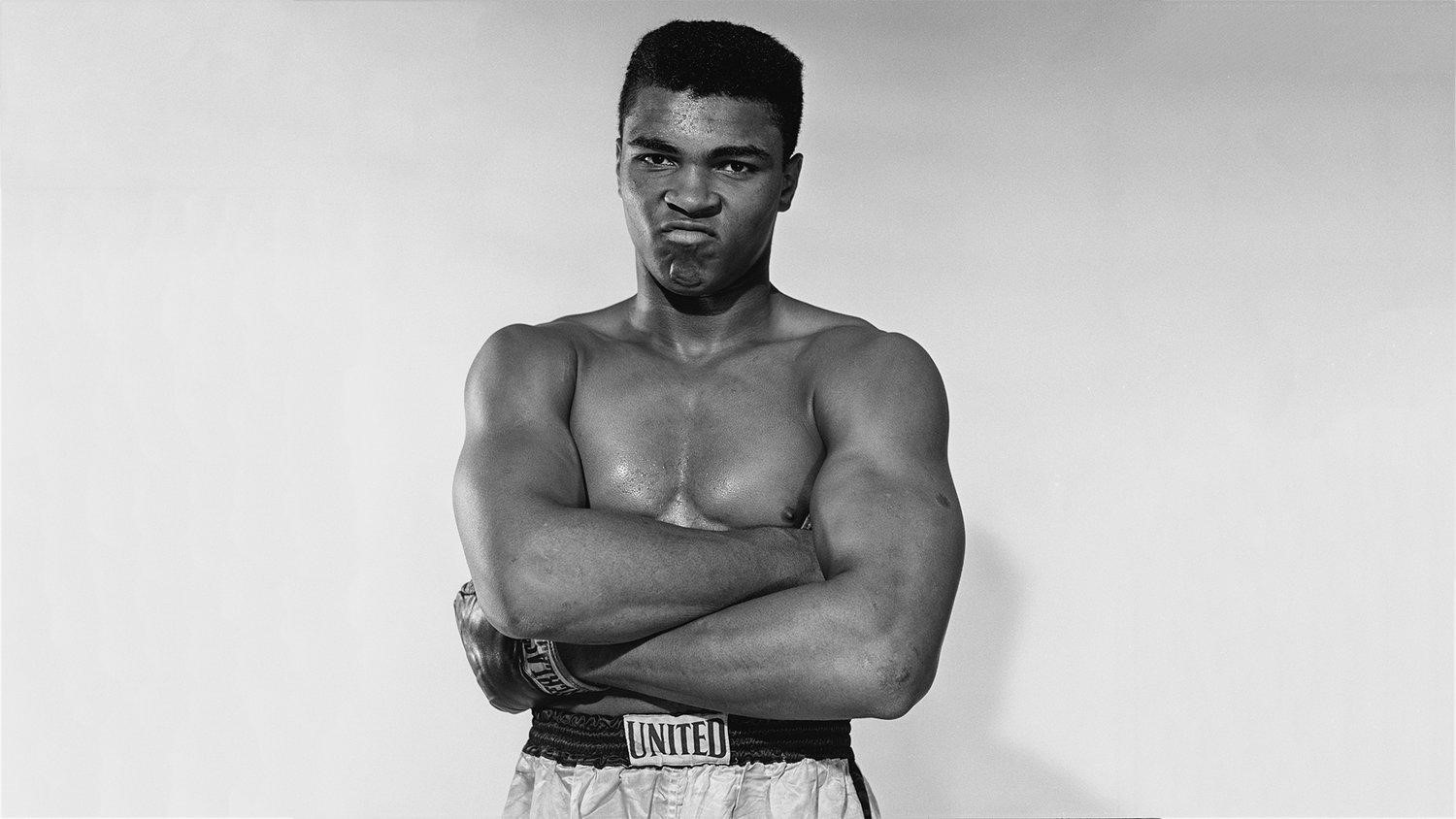 Widely considered as the greatest boxer of all-time, Muhammad Ali is one of the most popular athletes of any sport and the fighter who transcended the game of boxing to a different level. He became the first fighter to win the heavyweight division three times.

Known for his bravado, charisma and showmanship, Ali was born as Cassius Clay but changed his name to Muhammad Ali. He was banned from boxing for three years after refusing to be drafted to the military during the Vietnam War and for saying that the Viets didn’t do anything against him. After the ban was lifted, Ali returned to the ring and lost to Joe Frazier in the biggest fight in the history of boxing called “Fight of the Century”.

He would reclaim the title by defeating George Foreman in 1974. He would lose the belt to Leon Spinks but win it again in a rematch in 1978. Ali lost a total of five times in his career and three of them came in his final four bouts, including two to Larry Holmes and Trevor Berbick, which were a result of an ill-advised comeback. But despite the sour ending to his legendary boxing career, Ali will always be remembered as the fighter who reinvented the heavyweight division with his speed, agility and athleticism. Before him no one fought like him. As he said, he stung like a bee and floated like a butterfly.