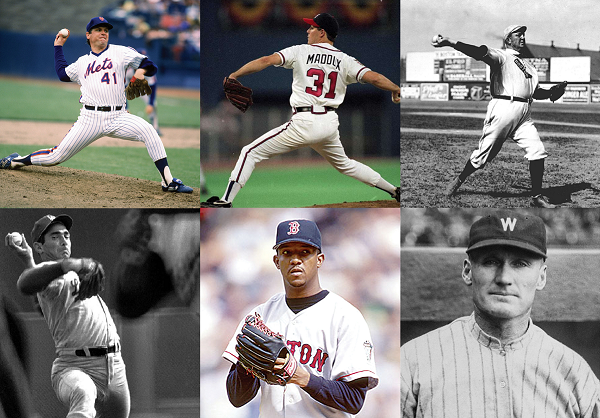 Every baseball fan knows that the game begins with the starting pitcher. The starting pitcher is the baseball player who stands on top of the mound and hurls the baseball to the opposing team’s batter. His aim is to make the opponent swing on a miss or hit the ball bad enough for the team to put him out. It’s not an easy job. In fact, one needs a golden arm to do so.

In the history of Major League Baseball, we’ve seen hundreds of great hurlers come and go. But among those who stood out, we picked the 10 who were a cut above the best.

Here are the Top 10 greatest starting pitchers of all-time: 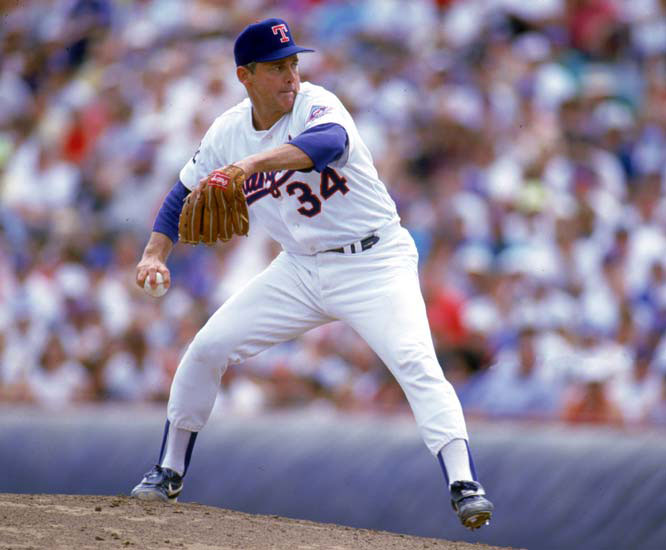 There isn’t a pitcher in history with a meaner fastball than Nolan Ryan. He blew his fastball by hitters and made them look silly. Ryan did that for an incredible 27 seasons from 1966-1993. What made the Ryan Express impressive was he continued to throw 100 mph fastballs even in his 40’s. That’s why he made hitters miss more than anyone in baseball history.

The most dominant strikeout pitcher of all-time, Ryan holds the MLB record for most career strikeouts at 5,714. We say dominant because the man next to him on that list, Randy Johnson, has 839 fewer strikeouts. He is one of only four pitchers in history to have more strikeouts than innings pitched. Ryan also walked more hitters than any pitcher in history and did so by more than 50%. His 2,795 bases on balls are 962 more than second place Steve Carlton.

There is only one knock on Nolan Ryan and that is he played for mediocre teams. His overall record was 324-292 and never won a Cy Young award. 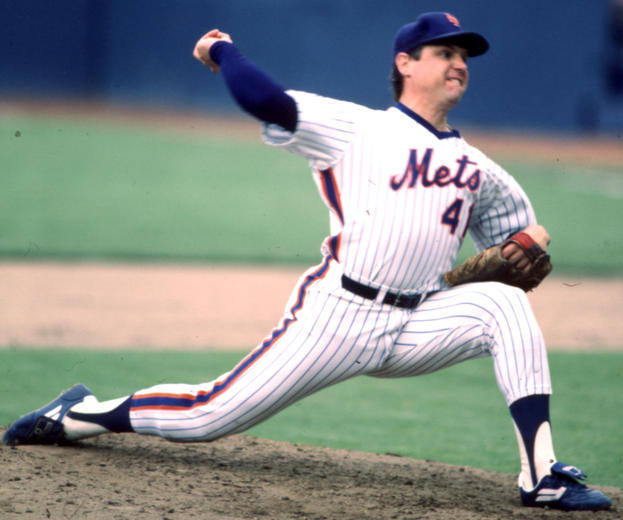 Tom Seaver is the man who led the Mets to an improbable World Series Championship in 1969. Known as ‘The Franchise’, Seaver came out of the gates fast in 1967 and won the National League Rookie of the Year award. He never look back nor slowed down for the next 20 years.

When he played for the Mets, Tom Terrific had one of the best and most dominant 10 year runs by any pitcher in baseball history. The Mets’ ERA during his era finished above 3.00 only once. After the Mets, Seaver had stops with the Cincinnati Reds, Chicago White Sox and Boston Red Sox. He was part of the Red Sox 1986 World Series team which lost to his former team, the Mets.

The Franchise retired at age 41 with a record of 311-205. His trophy case includes three Cy Young Awards, 12 All-Star appearances and 1 World Series win. He also led the NL five times in Strikeouts and was inducted to the Hall of Fame with the highest percentage of votes (98.8%) than anybody before him. 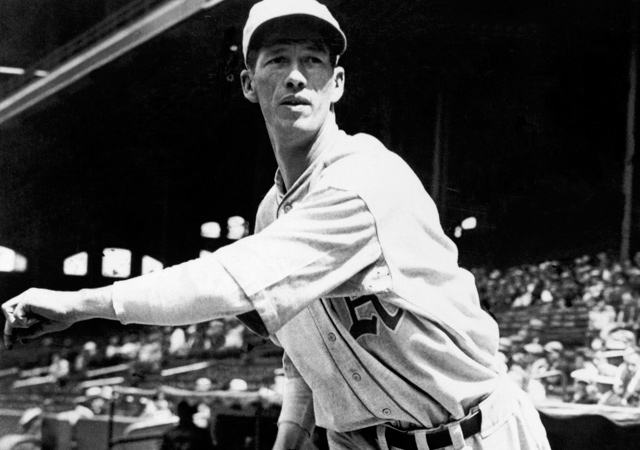 He put a lot of runners on base but he made sure they didn’t score.

Robert Moses Grove, known as Lefty, had the lowest Earned Run Average ( ERA ) in the league for a record nine seasons. He also led the league in strikeouts seven times and wins above replacement pitcher eight times. As the Ace for the Athletics dynasty team, Lefty was the American League’s wins leader four times and won the pitcher’s Triple Crown ( wins, strikeouts and ERA ) in two of three years from 1929 to 1931. Grove retired in with a career record of 300-141. His .680 winning percentage is 8th best all-time but none of the seven men ahead of him on that list won more than 236 games.

Lefty was a World Series Champion twice and a six-time All-Star. He was AL MVP in 1931 and was voted as starting pitcher for baseball’s 100th anniversary team in 1969. He was inducted to the Hall of Fame in 1999, the same year he ranked 2nd in The Sporting News’ list of Best Left Handed Pitchers. 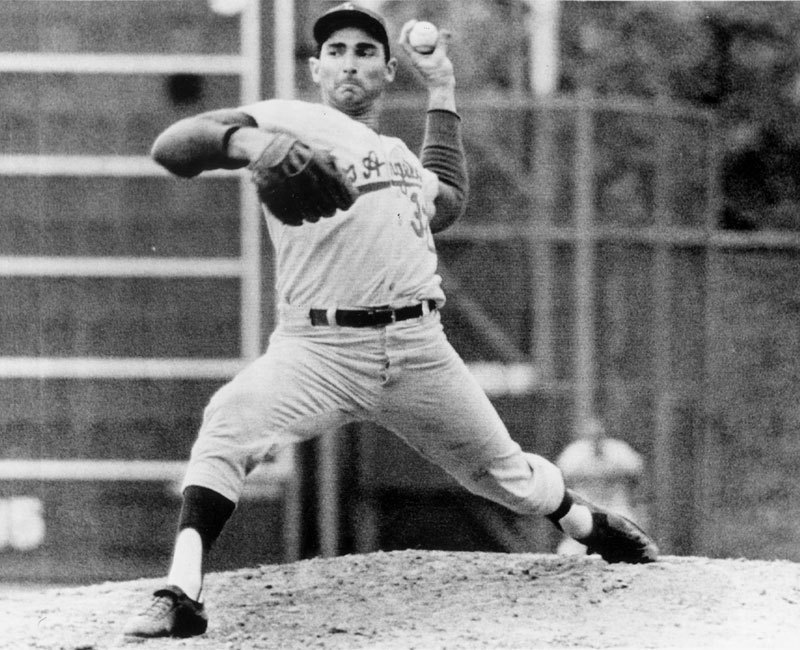 His arm issues were tragic. Had he played longer, he could’ve easily been the best starting pitcher ever. But as fate would have it, Sandy Koufax played just 12 seasons and finished his career with a record of 165-87.

Koufax played his entire career with the Dodgers. But the move to Los Angeles changed his career from mediocre to all-time great. After a slow six year start, he became the best pitcher in baseball during the second half of his career. That’s evidenced by the three Cy Young awards he earned after . Koufax could’ve easily added more but after suffering arthritis on his pitching arm, his career abruptly ended at age 30.

Koufax was the first pitcher in Major League Baseball history to pitch four no-hitters and the 8th pitcher to pitch a perfect game. Despite his forced retirement, his 2,396 strikeouts are 7th best all-time and 2nd best among left handed pitchers. Koufax is one of four pitchers in history to have more career strikeouts than innings pitched. 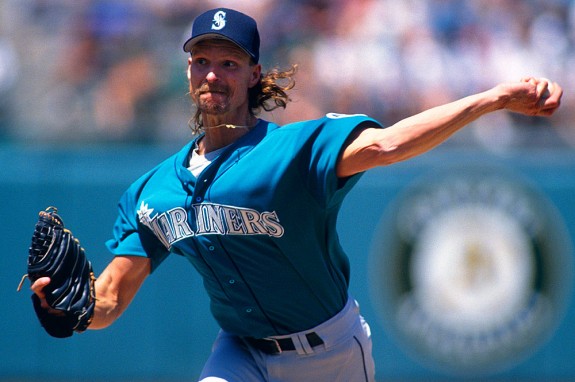 Like Sandy Koufax, Randy Johnson’s career didn’t start the way it would end. But once the Big Unit got going, he was sensational.

Randy Johnson was one of the most powerful pitchers the game has ever seen. His slider was one of the most unhittable pitches in the history of baseball. And to think that he dominated opposing batters at the height of the ‘Steroids Era’, the Big Unit deserves his spot in our list. Johnson dominated both leagues, becoming one of three pitchers to win Cy Young awards in both the NL and AL. He won four consecutive Cy Young awards from 1999-2002, making him only the second player to do so.

Johnson cemented his status by helping the Arizona Diamondbacks win the World Series against the New York Yankees in 2001. He shared MVP honors with fellow starting pitcher Curt Schilling. Johnson retired with a record of 303-166 with his wins the 5th most by any left handed pitcher. Johnson’s career stats may have been dragged down by playing in his 40’s but in 2004, he became the oldest player in history to pitch a perfect game. He is one of the few pitchers in history to own a victory over all 30 Major League teams.

Clemens had been the Red Sox ace for a dozen years. In 1986, he won the Cy Young award, AL MVP and was the All-Star game MVP. He also led the Red Sox to the World Series although they would go on to lose to the New York Mets in 7 games and after the Red Sox were twice one strike away from victory. He joined the Toronto Blue Jays in free agency after the 1996 season and was traded to the Yankees in 1999. The Rocket then took off.

Clemens led the Yankees to back to back World Series wins in 1999 and 2000. Clemens would win his sixth Cy Young award in 2001 and is the last Yankee pitcher to do so up until the 2016 season. After a brief retirement, he came back to play for the Houston Astros for three years, winning his 7th Cy Young award in the process. Clemens final record was 354-184. His 4,672 strikeouts are third most all-time and his seven Cy Young awards are more than any pitcher in Major League Baseball history. 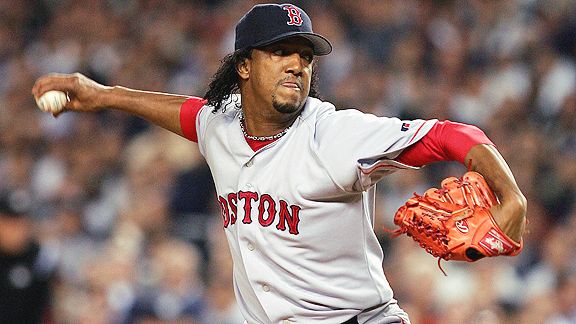 Pedro Martinez dominated baseball at a time when offense was at a high and during a period where hitters’ stats ballooned due to alleged steroids and PEDs use.

Martinez didn’t possess the size of the power pitchers during his era so when he was starting out with the Dodgers, Tommy Lasorda almost exclusively used him as a relief pitcher. But after being traded to the Montreal Expos, he proved that he deserved to be a starter. Then when the Expos sent him to Boston for financial reasons, he took the next step and became one of the All-time greats.

Peaking from 1997-2003, Pedro Martinez won three Cy Young awards during the period and was runner-up twice. He also led the league in ERA five times, win percentage and strikeouts three times during that stretch. He pitched the Triple Crown in 1999 while finishing second in the AL MVP balloting. He helped the Red Sox end an 86 year drought and win the World Series in 2004.

Pedro Martinez retired with an overall record of 219-100. His winning percentage of 68.65% is 4th best in history and is the highest for a right handed pitcher since the start of the modern pitching era in 1893. He was elected to the Baseball Hall of Fame in 2015, his first eligibility year, to join Juan Marichal as the only players from the Dominican Republic to be enshrined. 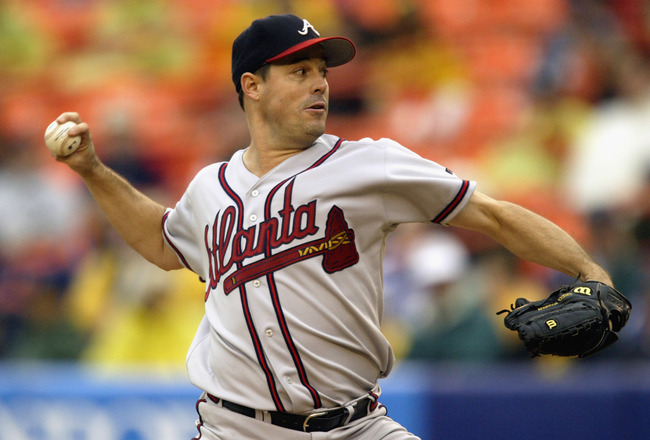 Greg Maddux was one of the best control pitchers in the history of Major League Baseball. He put on a clinic each time he took the mound. His mechanics and technique were near flawless and they were unmatched during his era. Maddux didn’t overpower hitters, he outsmarted them by putting the ball where he wanted.

He is the first player to win the Cy Young award in four consecutive seasons and only Randy Johnson is the only other player to accomplish the feat. During those four seasons, Maddux allowed only one baserunner per inning and posted a 75-29 record with an ERA of 1.98. Maddux played majority of his best years with the Atlanta Braves, with whom he won the 1995 World Series against the Cleveland Indians.

Maddux is the only pitcher in history to win at least 15 games for 17 consecutive seasons. He also holds the record for most Gold Gloves at 18. Maddux ended his career with a 355-277 record. His 355 wins are 8th all-time and the second most since the start of the live-ball era. 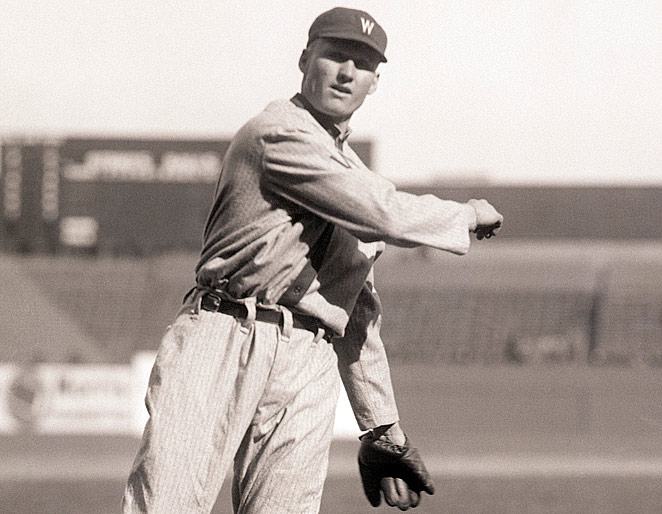 What Babe Ruth was to batting, Walter Johnson was in pitching. Considered by some as the best ever, Johnson’s name is all over baseball’s record books.

In his 21 year career, the ‘Big Train’ accumulated a total of 417 wins which is second all-time. He led the league in strikeouts 12 times and won at least 20 games in ten straight years during the 1910s. Johnson’s 110 shutouts are unmatched in baseball history while his 531 complete games are fourth best. His 3,508 career strikeouts were a record for 56 years until Nolan Ryan, Steve Carlton and Gaylord Perry eclipsed it in 1983. 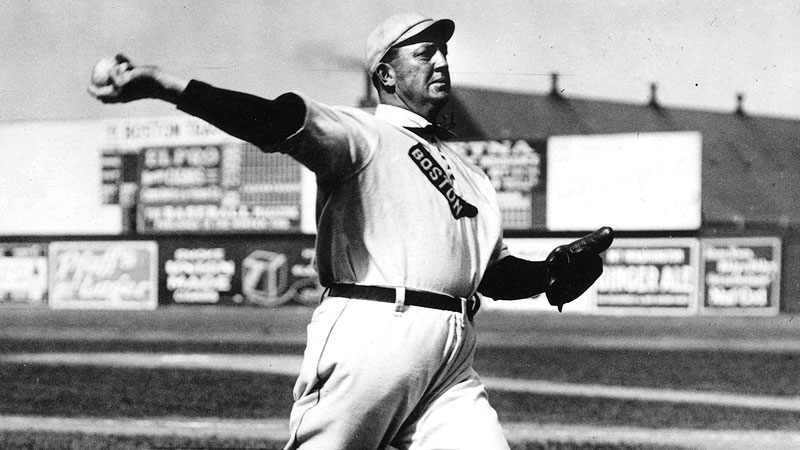 The best pitcher in the league gets a trophy with his name on it. Most of the pitchers in this list have won the award named after him. So what is there to debate about? The Cy Young award was named after, well, Cy Young himself.

Born as Denton True Young, he leads all pitchers with an incredible 511 wins. He’s the only member of the 500 win club.He also has pitched more innings than anybody in Major League Baseball history at 7,536. Want more? Young owns the record for most games started at 815 and for most complete games at 749. Young played for 22 seasons and won at least 30 games five times and at least 20 games 10 times. He pitched three no-hitters including baseball’s third perfect game, the first in modern era.

Young was elected to the Hall of Fame in 1937 after a career record of 511-316. One year after his death in 1955, Major League Baseball created the Cy Young award to honor the season’s best pitcher. Now you know where the name came from.