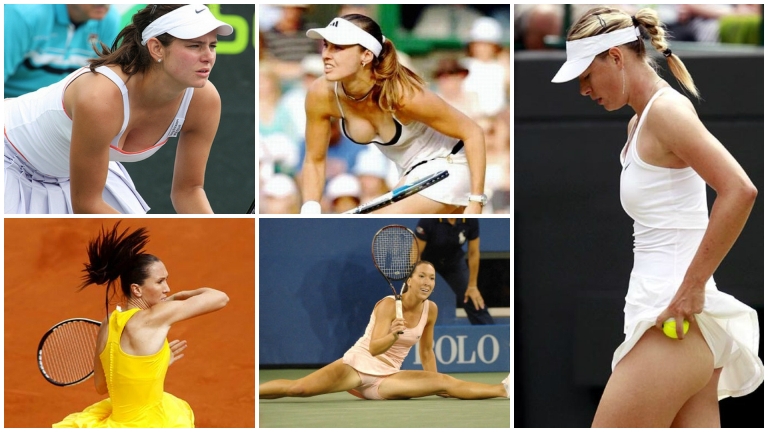 Tennis is a physically demanding sport, especially for women. Not only do they have to run back and forth their half of the court and strike the ball as hard as they can, these ladies also have to endure the heat of the sun. Despite these physical rigors, there are many female professional tennis players who go beyond being athletic. They are those who take the words ‘physically gifted’ to another level.

Hot as the sun they play with, here are the Top 10 hottest tennis girls: 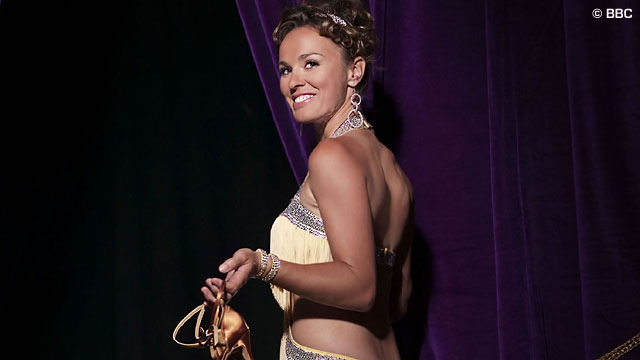 The Swiss Miss is all grown up is now and is one gorgeous lady.

Martina Hingis was the teen prodigy who won a lot of ‘firsts’ in women’s tennis. She was the youngest world #1 and the youngest player to win a Grand Slam. Unfortunately, injuries forced her to retire temporarily in 2002. By that time, she had already won 40 singles and 36 doubles titles. She was Forbes’ highest paid female athlete from 1997 to 2001 and spent a total of 209 weeks on top of the women’s rankings. Hingis continues to play on tour as a doubles player where she’s added more Grand Slams to her collection. 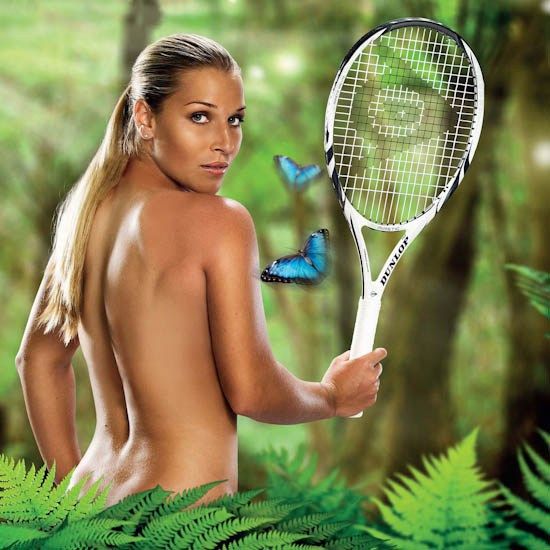 This Dunlop ad was aptly titled ‘Perfection Uncovered’. We aren’t sure if they were referring to the equipment or to the player. Yes, that’s no model. That’s top tennis star Dominika Cibulkova right there folks.

Currently ranked #7 in the WTA, Cibulkova is known for her quickness and aggressive play. She is fourth player in history to win the WTA Finals in her debut appearance. In 2014, she became the first Slovak to reach a Grand Slam finals at the Australian Open. To date, she has already made the quarterfinals ( or better ) of the four Grand Slams. Cibulkova has won a total of eight WTA titles and 2 International Tennis Federation tour championships. 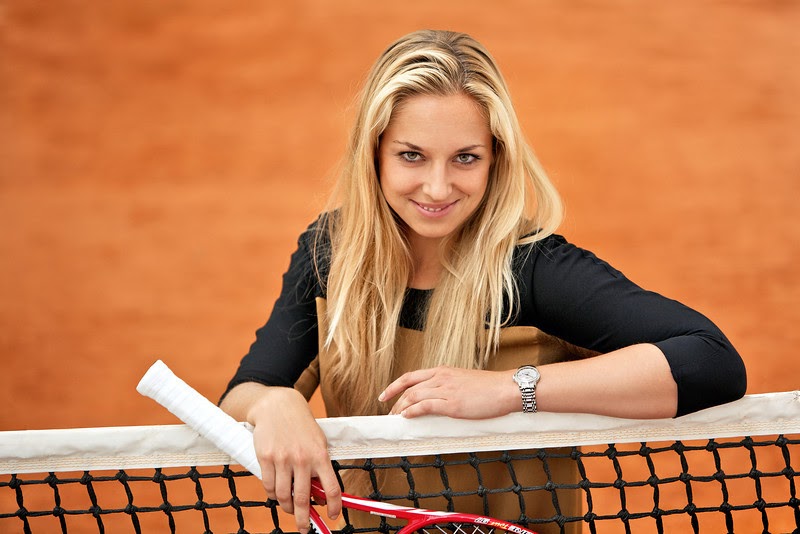 She doesn’t need to dress sexy to be hot. Or to be your girl crush. Sabine Lisicki is drop dead gorgeous and she owns one of tennis’ biggest serves. In fact, Lisicki is the WTA’s record holder for fastest serve at 131 MPH at the 2014 Stanford Classic.

Lisicki made her breakthrough in 2009 when she reached the quarterfinals of Wimbledon. She would continue to make her mark in the English Grand Slam by reaching the semifinals in 2011 as a wild card and making the Finals in 2013. She also played in the the 2011 Wimbledon Championships doubles finals. 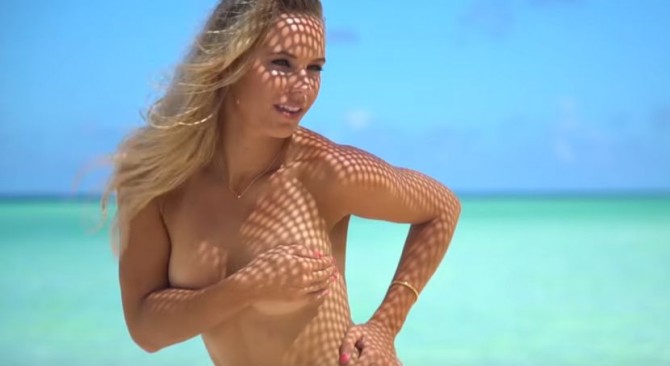 This former world number 1 ran the New York Marathon in 2014 and qualified for the 2016 Boston Marathon. But if you want a better marathon, you should get a copy of the 2015 Sports Illustrated magazine issue where we got this image from.

Caroline finished 2010 and 2011 on top of the WTA rankings. She is the first player from a Scandinavian country to become world number one. She hasn’t won a Grand Slam but was a finalist at the U.S. Open twice. She won six WTA singles titles in 2010 and 2011, the most by any player from 2008 to 2011. This WTA Newcomer of the Year winner of 2008 was a former Wimbledon Girls’ singles champion. 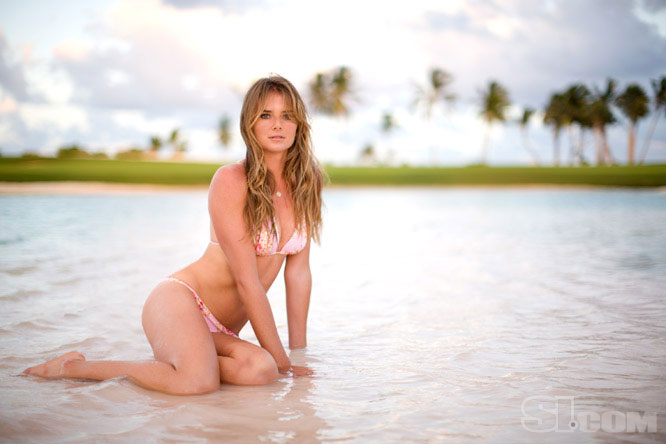 If you’ve been watching Tennis since the 90’s you know this Slovakian hottie. It seems that Daniela Hantuchova is like a goddess who has been around forever.

We best remember her for her 2002 victory over Martina Hingis at the Indian Wells Masters where she was the lowest ranked player ever to win the said tournament. She peaked at #5 in the WTA rankings in January 2003 but has never really made a serious run for the top spot. However, she has achieved serious success as a mixed doubles player. In 2005, Hantuchova became only the fifth player to achieve a career grand slam in mixed doubles. 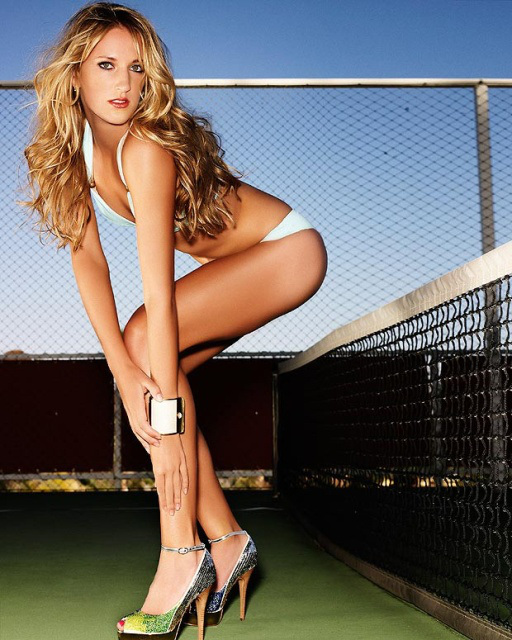 In 2013, Victoria Azarenka was the first tennis player ever sponsored by energy drink Red Bull. Maybe they should re-name the drink Red Hot because this former world number 1 is flaming hot.

Azarenka is the first Belarusian athlete to win a tennis Grand Slam singles title. She won back to back Australian Open titles from 2012-2013 and was also a finalist at the U.S. Open in both years. She also won the Singles bronze medal and the Mixed Doubles gold medal in the 2012 London Olympics. In 2013, she was named as Forbes’ 5th highest earning female athlete and her 2012 total prize money of $7.9M became the single year record for any female athlete. 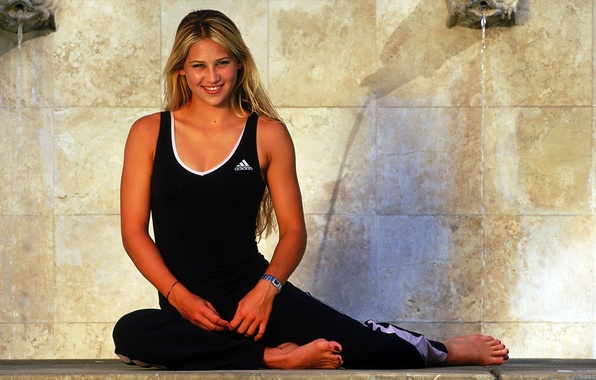 Gone but never forgotten. It’s been a long time since we last saw her on the tennis courts but who could forget Anna Kournikova.

Anna was tennis’ ‘It Girl’ before Maria Sharapova came along. At the peak of her fame, she was one of the most googled persons in the world. Kournikova was on the cover of magazines here and there. Unfortunately, a guy named Enrique Iglesias swept her off her feet and took her away from us. She never won a singles title but reached the #8 ranking during her prime. She was one-half of Tennis’ Spice Girls ( the other was Martia Hingis ) who won the Australian Open doubles in 1999 and 2002 plus the WTA Championships in 1999 and 2000. 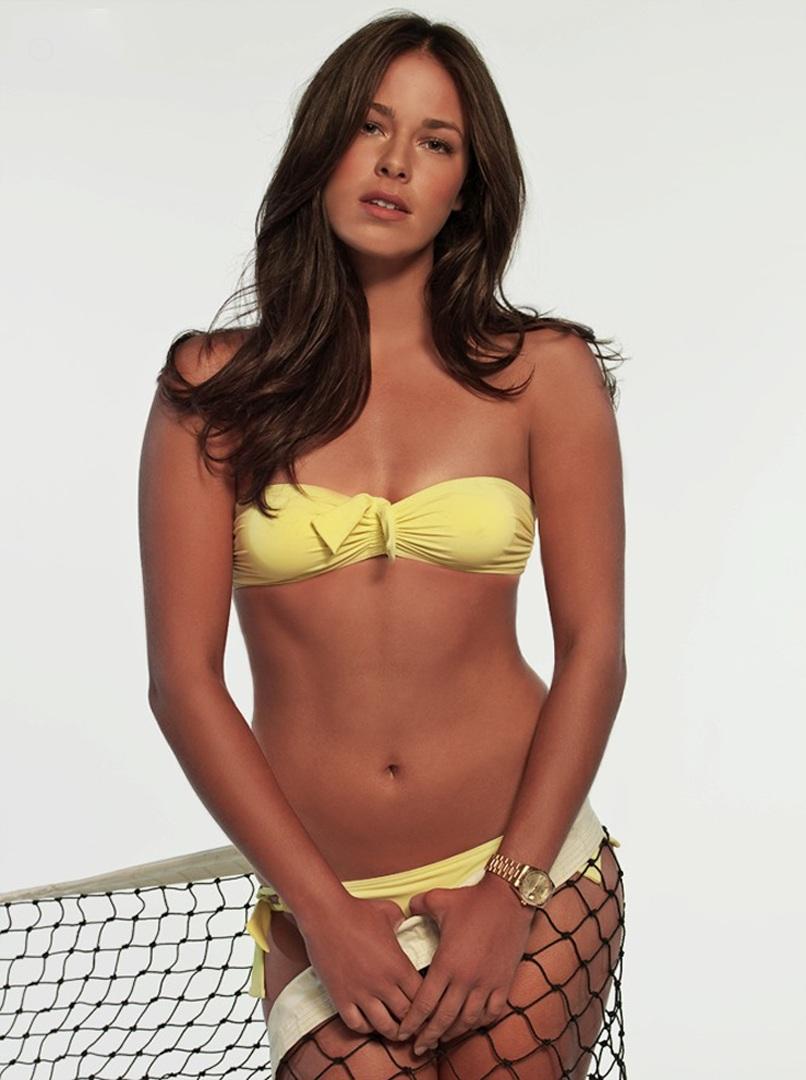 Wouldn’t it be nice to get caught in the same net as Ana Ivanovic? The second Ana ( the other is Anna as in Kournikova ) on this list who is also a retired tennis player.

Another former world #1 in our list, Ivanovic won a total of 15 WTA singles titles including the 2008 French Open. She was also a runner-up at the 2008 Australian Open and won the year ending WTA Tournament of Champions twice in 2010 and 2011. She was named as one of the "30 Legends of Women's Tennis: Past, Present and Future” by Time in 2011. She retired in December 2016, citing her inability to perform at a high level as a major factor. 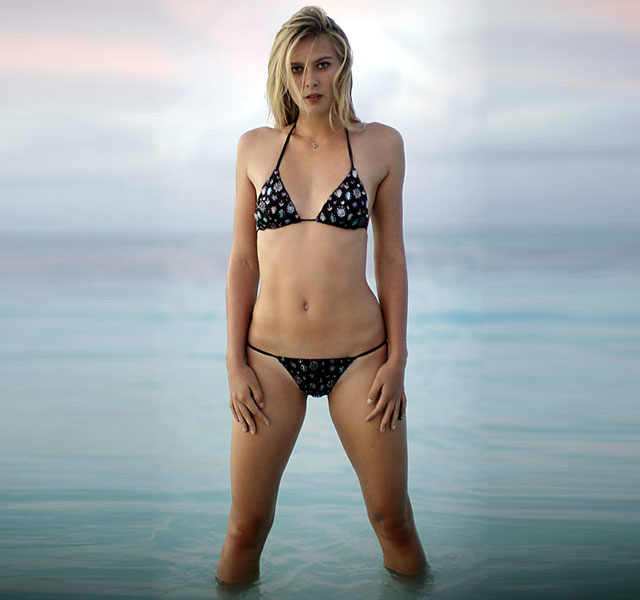 Honestly, you don’t have to put her in a skimpy attire to be included in this list. Maria Sharapova is the goddess of the sport and the most recognizable tennis player in the planet.

But Sharapova is more than just a tennis hottie. She is a former world #1 who reached the spot on five different occasions. Her 5 grand slam victories rank third among active players with only the Williams’ sisters winning more. Since turning professional in 2001, Sharapova topped Forbes’ list of highest earning female athlete for the past 11 years (2006-2016) and has earned an estimated $285M in both prize money and endorsements. She owns a candy line called Sugarpova. 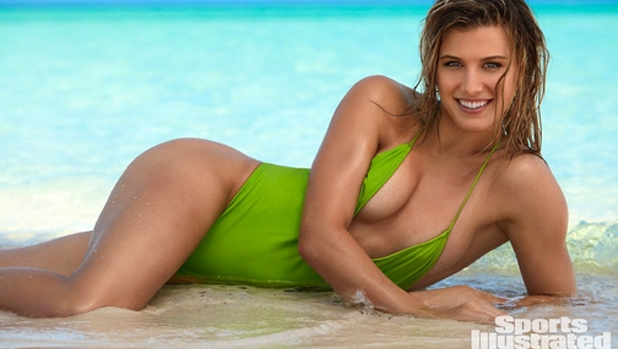 She and her twin sister Beatrice were named after the daughters of Prince Andrew and rightfully so because she is royalty, tennis royalty that is. You can see that for yourself.

Bouchard was the WTA Newcomer of the Year in 2013 and its Most Improved Player of 2014. During the 2014 Wimbledon Championships, she became the first Canadian born player representing Canada to reach a Grand Slam singles finals. Her other achievements include reaching the semifinals of the Australian Open and French Open in 2014.

She will be best remembered for losing a social media bet with a fan on the outcome of Superbowl LI. The male fan won a date with her and she stayed true to her word by going out to a basketball game with him in Madison Square Garden.