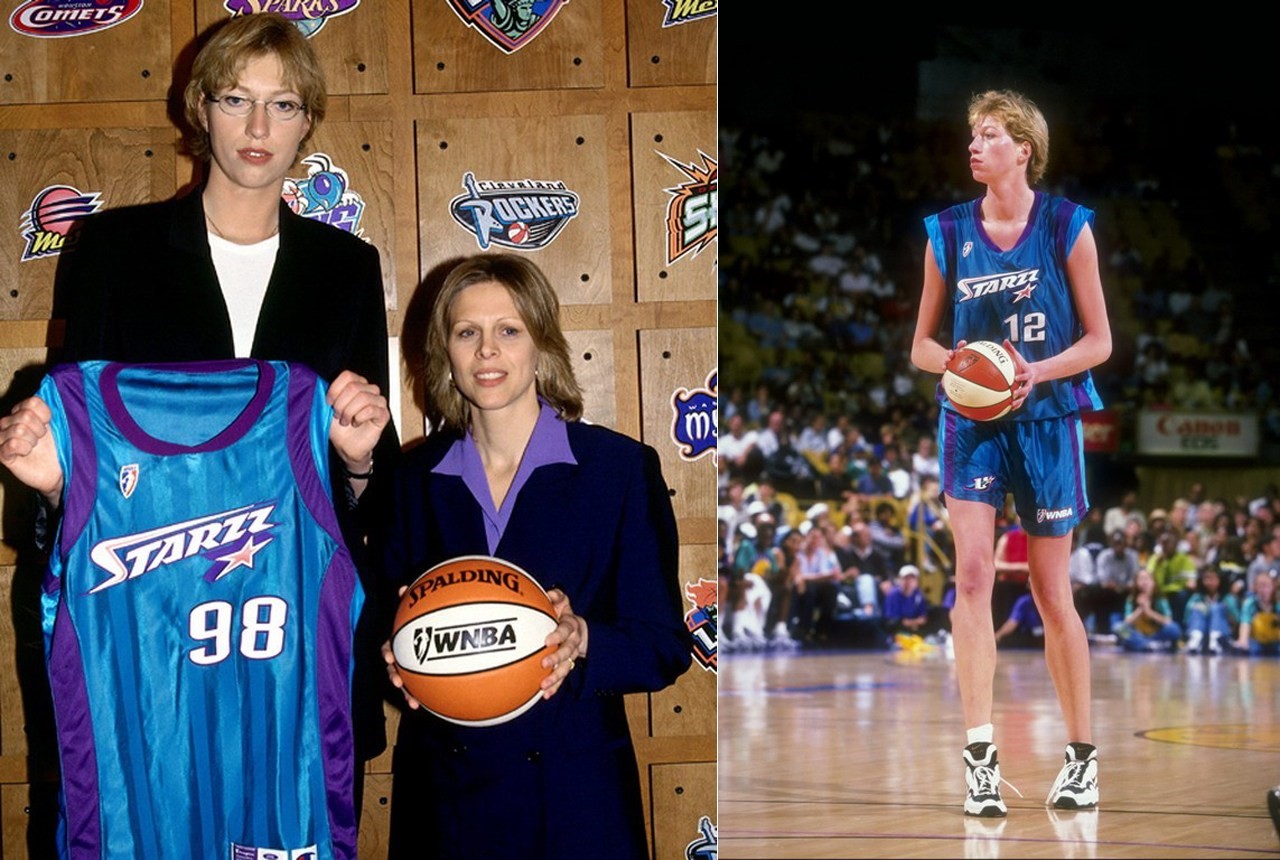 The Top 10 Tallest Female Basketball Players in The WNBA

Height is a rare commodity in women’s basketball. Unlike the NBA where almost every team has a least one seven footer, there is a dearth of big women in professional basketball, especially the WNBA.

In the history of the WNBA, there has only been one player to measure at least seven feet tall. Here are the tallest female basketball players to play in the WNBA: 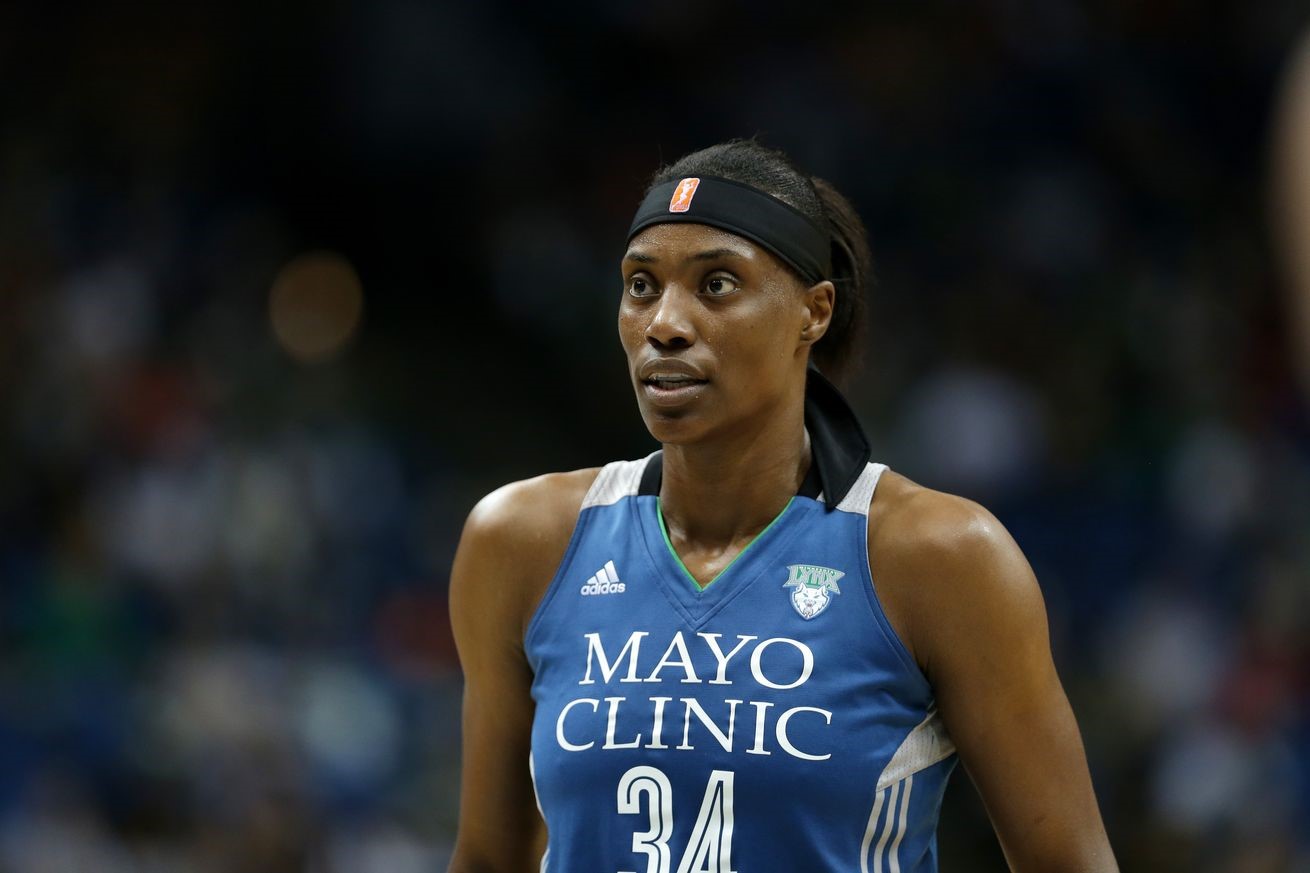 One of the WNBA’s most dominant players today is also one of the world’s tallest female basketball players. Sylvia Shaqueria Fowles is the reigning WNBA MVP and Defensive Player of the Year. She is also the third player in the history of the WNBA to dunk in an All-Star game, doing so in the 2009 WNBA All-Star game.

Fowles was the 2nd overall pick by the Chicago Skye during the 2008 WNBA Draft. The 6-6 LSU standout played seven seasons for the Sky before being traded to the Minnesota Lynx in 2015. She emerged in Minnesota from being a defensive force to the league’s best player. She led the Lynx to three straight WNBA championship appearance, hellping the team win the WNBA titles in 2015 and 2017

Fowles was named as Finals MVP during both title years and most recently, she was named as the 2017 WNBA MVP. Fowles is also a three time Defensive Player of the Year winner, a four-time WNBA All-Star, a three-time member of the All WNBA First Team and a four-time member of the WNBA All-Defensive First team. She also played for the U.S. Women’s National Basketball Team which won the gold medal during the 2008, 2012 and 2016 Olympics. 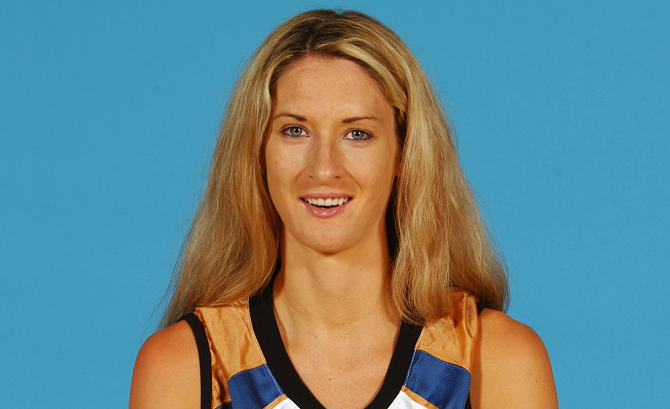 She will always be remembered for being the woman who almost married the NBA’s first openly gay player. Yes, Carolyn Moos was once engaged to former NBA player Jason Collins, the first publicly gay athlete to play in any of the four major North American pro sports leagues.

After playing her collegiate basketball career at Stanford, Moos was drafted in the 4th round ( 53rd overall ) of the 2001 NBA Draft by the Phoenix Mercury. She played just three seasons in the WNBA, moving from one team to another every year. After playing for the Mercury in 2001, she moved to the Miami Sol in 2002 and then also played for the Minnesota Lynx in 2003.

Moos was a member of the U.S Women’s under 19 national basketball team which won the gold medal at the 3rd Junior World Championships in Brazil in 1997. She graduated with a degree of Bachelor of Arts in Sociology and Communications. 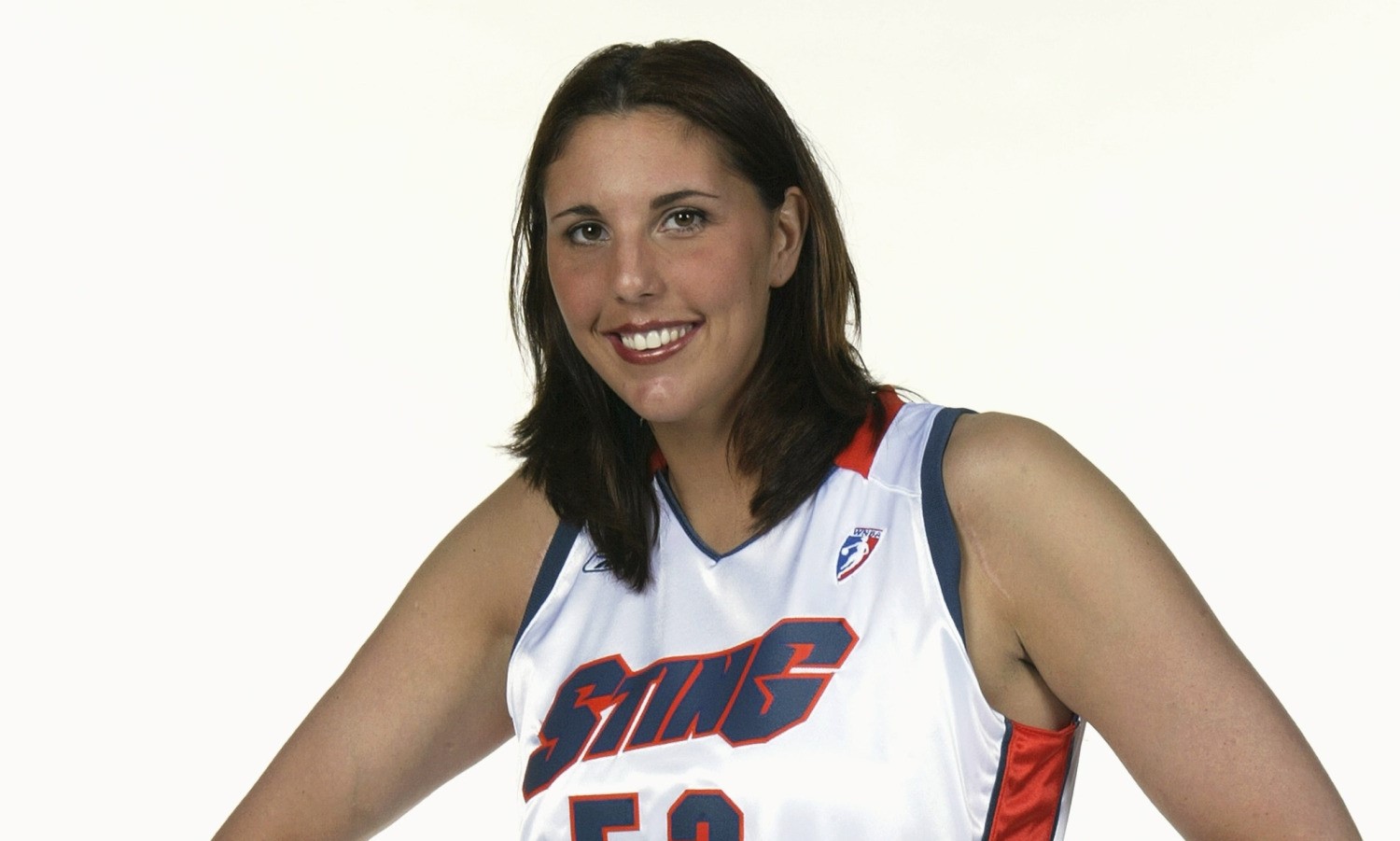 Standing 6-7, Wolters was the 3rd round pick ( 36th overall ) of the Houston Comets at the 1999 WNBA Draft. Before coming over to the WNBA, she played for the New England Blizzards during the final two seasons of the ABL. Wolters played a total of four WNBA seasons and is one of 10 women to win an NCAA championship, Olympic gold medal and WNBA championship. 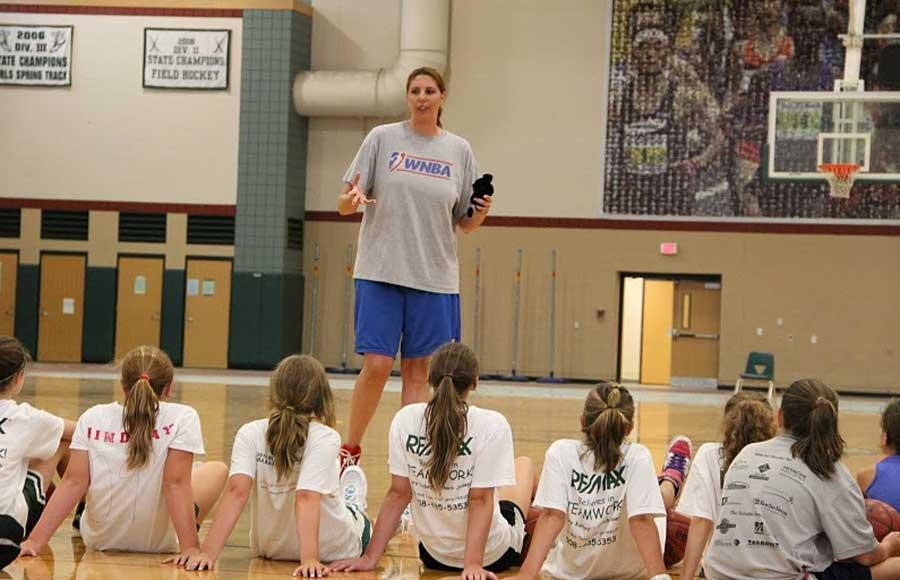 The 7th tallest player to ever set foot in the WNBA wears size 17 ( US ) / 53 (EU) shoes. Katie Feenstra Mattera played college ball at Liberty University where she became the school’s tallest player ever and the tallest to play in the history of the Big South Conference.

At Liberty University, Mattera became only the second player in NCAA history to lead the nation in field goal percentage in back to back seasons ( 2004 and 2005 ). She was drafted by the Connecticut Sun with the 8th overall pick in the 2005 WNBA Draft. Mattera played six NBA season in the WNBA and was named to the 2005 WNBA Rookie Team. 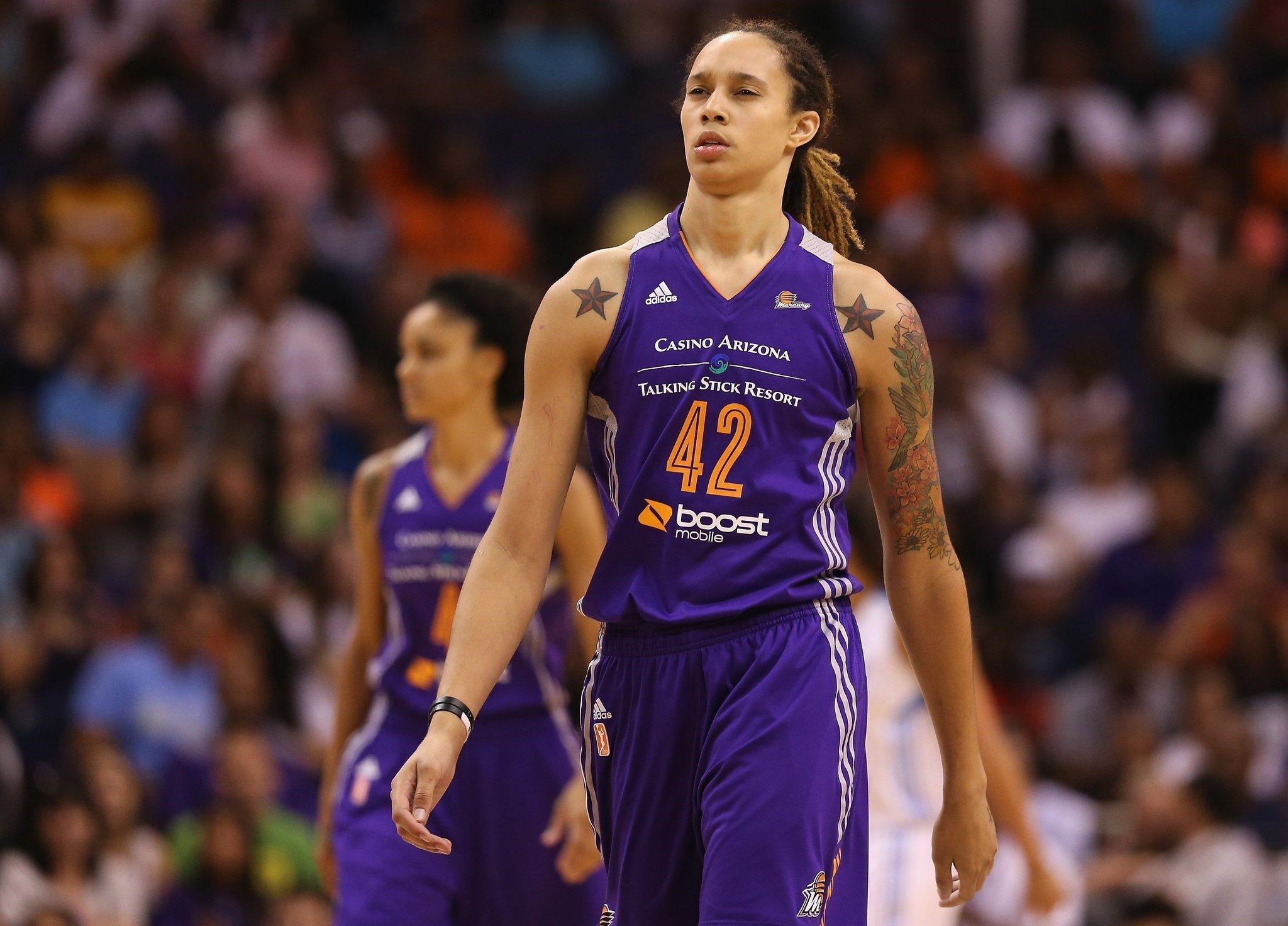 She wears size 17 ( men’s ) shoes and has an arms span of 86 inches. Brittney Yevette Griner currently plays for the Phoenix Mercury and is the only player in NCAA history to score 2000 points and block 500 shots.

The #1 overall pick in the 2013 WNBA Draft by the Mercury, Griner was a standout collegiate player at Baylor University where she recorded the school’s first ever triple double in 2009. In 2012, she led Baylor to an NCAA record 40 wins during an undefeated season where they won the NCAA title. That year, Griner was named NCAA Final Four Most Outstanding Player of the Year and AP College Player of the Year.

Since joining the WNBA, she’s led the league in blocks for five straight seasons. She won the NBA title in 2014 and was named to the All- WNBA First team that season. This two time Defensive Player of the Year winner is a four-time WNBA All-star and is the WNBA’s current scoring champion. 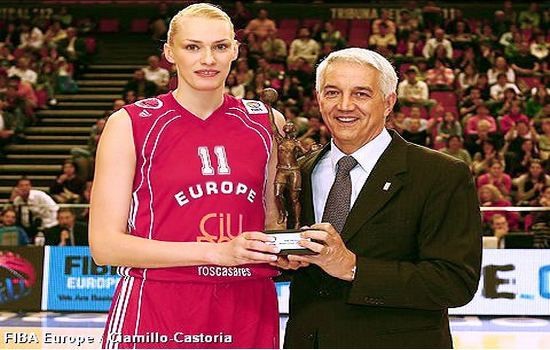 Growing up, she was called giraffe and ostrich by her peers, which offended her as a kid growing up. But later, she realized she wasn’t the only ‘giraffe’ around. Maria Stepanova was once the tallest player on the Russian National basketball team and the 4th tallest player in the history of the WNBA.

Drafted by the Phoenix Mercury with the 8th overall pick of the 1998, Stepanova played three seasons in the WNBA for five seasons from 1998-2005. She represented Russia at the 2004 Athens Olympics and the 2008 Beijing Olympics where she helped her Motherland win bronze medals on both occasions. 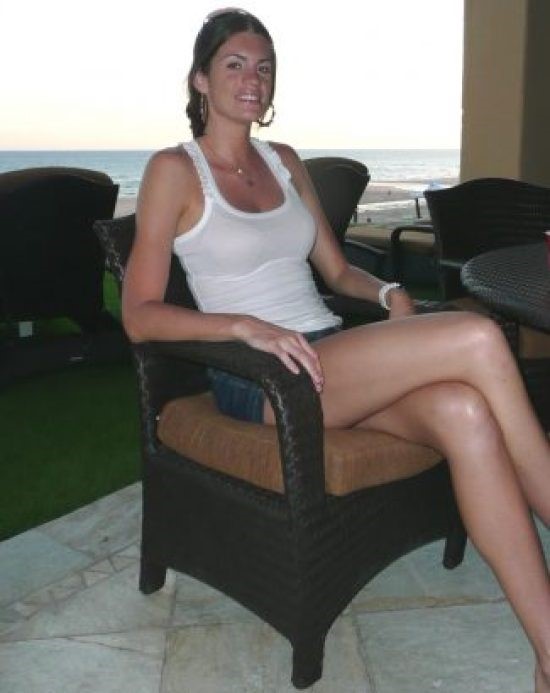 She once said that she had a ‘bird’s eye view of everything’ on the basketball and at 6-8, playing women’s basketball, she was literally correct.

Lindsay Corine Taylor was the Houston Comets’ 2nd round pick, 36th overall during the 2004 WNBA Draft. At 6-8, she was the tallest female basketball player in the history of the UC Santa Barbara women’s basketball program. She helped the team reach the 2004 NCAA Sweet Sixteen, the farthest the school has ever gone in its history.

Her stint in the WNBA was short lived and she played for four teams. Taylor though had a successful professional career overseas and she went on to play with plenty of success in Europe and Asia. She was Big West Player of the Year once and a three-time Big West Tournament MVP in college. 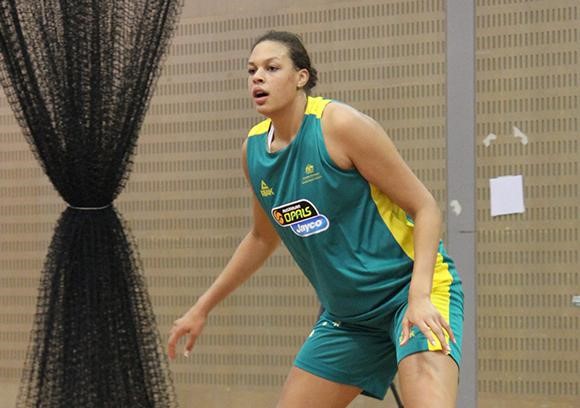 Teased about her height, Elizabeth Cambage took up basketball to make friends. That worked. But she didn’t just gain new friends. She fell in love with the game.

Liz gained attention while playing for the Australian Under 20 National Championships in 2009. It was there when the Australian Broadcasting Corporation called her as the ‘next Lauren Jackson’. After playing five seasons in the WNBL, Cambage was drafted by the Tulsa Shock with the 2nd overall pick in the 2011 WNBA Draft. Her stint with the Shock was short lived as she played only one season with Tulsa. Despite that, she made the 2011 WNBA All-Star team in 2011 and was named to the WNBA All-Rookie team that year. Cambage went to China to sign a lucrative $400K deal with the Zheijang Chouzhou club. Currently, she plays for the Melbourne Boomers in Australia’s WNBL. 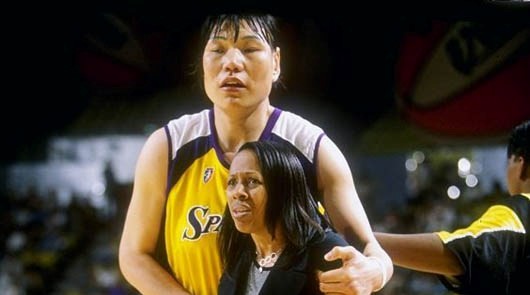 One of the most decorated international players of all-time, Zeng Haixia represented China in four Olympic Games and helped the team win the Bronze medal in 1984 and the Silver medal in 1992.

In 1997, she retired from the Chinese national team and pursued her ambition to play in the newly formed WNBA. Zheng would suit up for the Los Angeles Sparks from 1997 to 1998 before returning to China to coach the PLA women’s team.

Zheng Haixia won the 1997 Ross Perrot Sportsmanship Award, making her the first international player and first Asian to win one of the WNBA’s coveted awards. She also led the WNBA in field goal percentage that season with her .618 accuracy. 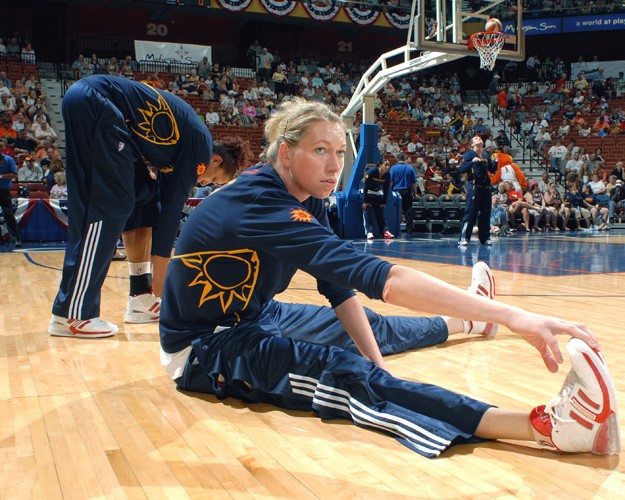 Margo Dydek owns the distinction of being the tallest female professional basketball player in the world. Listed at 7-2, Dydek was the 1st overall pick in the WNBA’s 1998 Draft by the Utah Starzz. She played a total of 323 WNBA games in 11 seasons.

Dydek is the WNBA’s all-time leader in blocks with 877 during her career. She led the league in blocks in all but two seasons and in blocks per game in eight seasons. She last played for the L.A. Sparks in 2008 before retiring to become a coach for the Northside Wizards in the Queensland Basketball League.

Unfortunately, Dydek died in 2011 after suffering a severe heart attack at her home in Brisbane. She was pregnant with her third child.