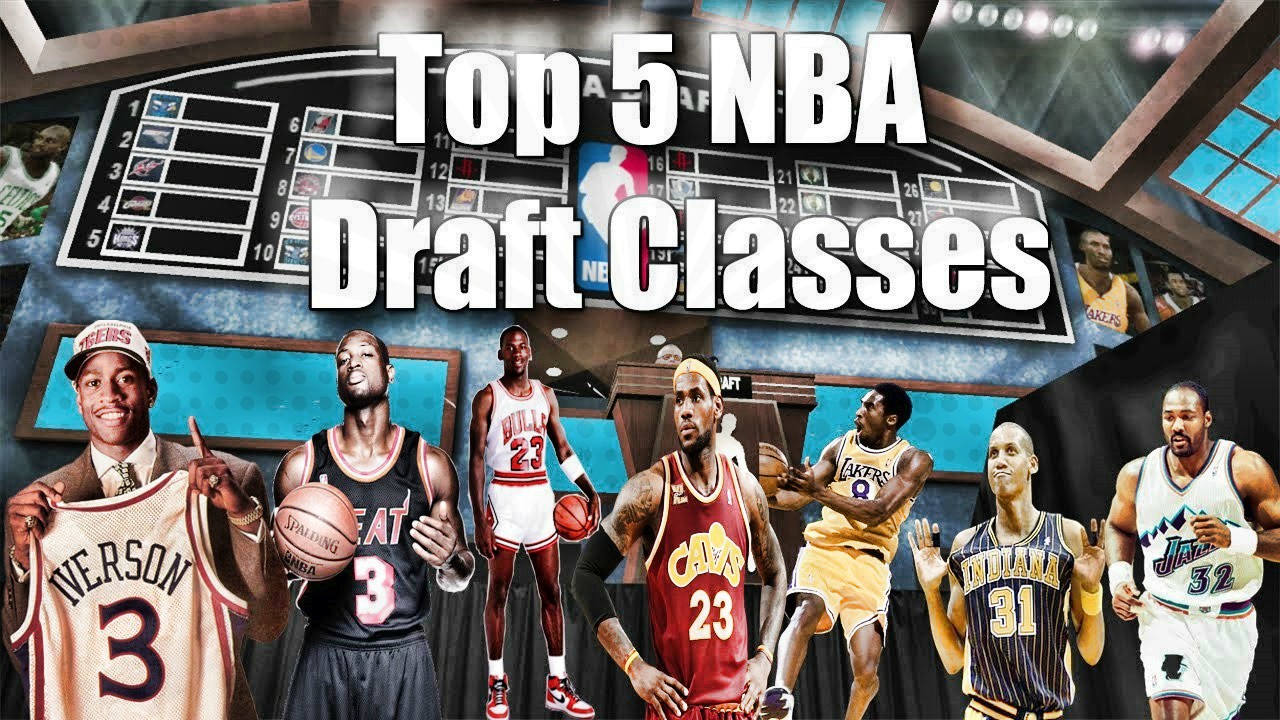 The NBA Draft is an annual event where the NBA’s 30 teams get a chance to bolster their line-up by adding fresh talent from the collegiate ranks and from the international scene. 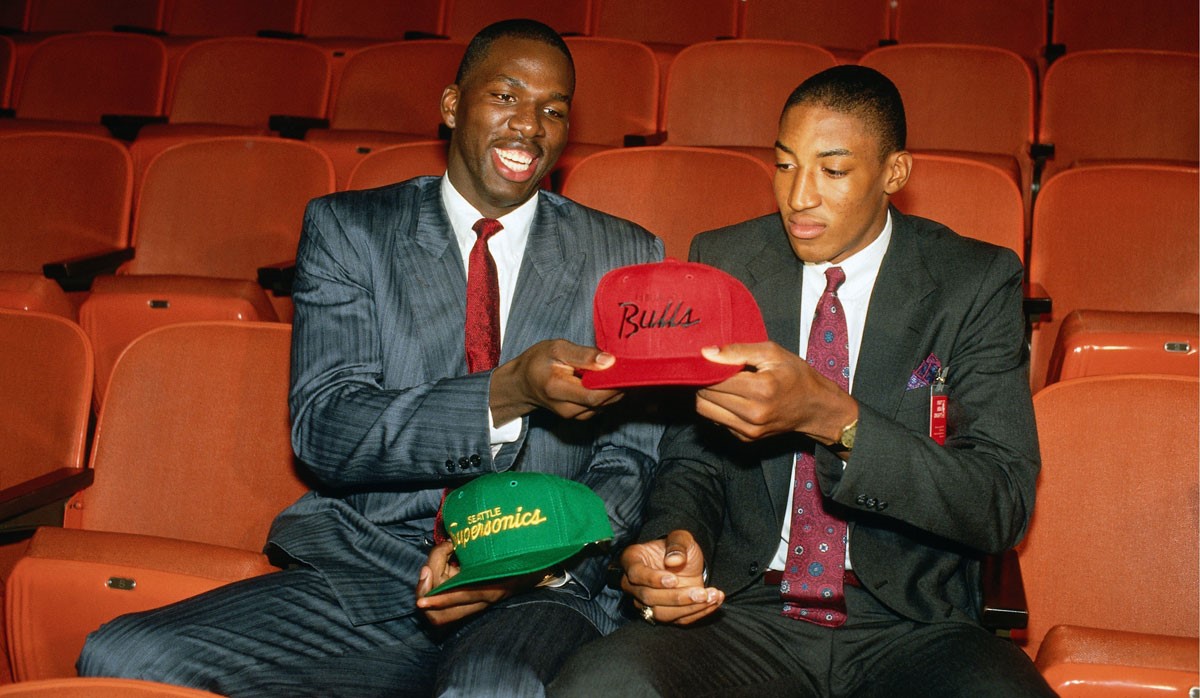 In contrast to all the hoopla and pageantry of today’s NBA Draft where kids walk on stage with fancy suits, the #1 overall pick of the 1987 NBA Draft was well, having breakfast with the Vice President of the United States in Washington DC. That wasn’t it. It took two years before the top overall pick finally suited up for the team that picked him on Draft night.

David Robinson was a towering 7-1 center from the U.S. Naval Academy. And after being selected by the San Antonio Spurs #1 overall in 1987, he finished a two year commitment to the U.S. Navy before finally suiting up for the Spurs. The Admiral was worth the wait. Robinson won two NBA titles and retired with an NBA MVP trophy and a Defensive Player of the Year award.

The other notables from this class include six-time champion Scottie Pippen and four-time champion Horace Grant. We know Michael Jordan to be the greatest of all-time but would he have won a title without Pippen and Grant? 11th pick Reggie Miller is arguably one of the best clutch shooters of all-time, he belonged to this draft class too. 18th pick Mark Jackson is one of five players in NBA history to record at least 10,000 assists in his career. What about #22nd pick Reggie Lewis? He had just blossomed into an All-Star when he died abruptly.

And then who could forget the excellent guards this draft gave us ? Aside from Mark Jackson, there were the likes of Kenny ‘ The Original Jet’ Smith, Kevin ‘KJ’ Johnson and Tyrone ‘Mugsy” Bogues. Don’t forget too that a guy named Sarunas Marciulonis was the 127th pick of this class.

1985 was the first year of the NBA Draft Lottery and the New York Knicks became the first beneficiary. New York used the #1 overall pick to select Patrick Ewing from Georgetown University. Ewing played four seasons at Georgetown and led them to three NCAA title games, winning once in 1984. He was the 1984 NCAA Tournament Most Outstanding Player and the 1985 College Player of the Year.

Ewing would become one of the most dominant big men in NBA history. He played on two Olympic Gold medal winning teams, in 1984 and 1992. Aside from Ewing, this Draft class also produced two more members of the original Dream Team. These are Karl Malone and Chris Mullin.

Ewing, Malone and Mullin aren’t just the only Hall of Famers in this class. 18th pick Joe Dumars was the backcourt partner of Isiah Thomas when the Bad Boys of Detroit won back to back NBA titles. On the other hand, 77th pick Arvydas Sabonis was one of the greatest imports to ever set foot in the NBA, even if we never really saw him play in his prime.

This class also produced All-Star players like Xavier McDaniel, Charles Oakley, A.C. Green, Terry Porter, and Michael Adams. 1985 also was the year when 7-7 Manute Bol was drafted as well as 5-7 Anthony ‘Spud’ Webb who would later become NBA Slam Dunk Champion. The 170th pick of this draft was Mario Elie, who was a key bench contributor on three NBA title squads. 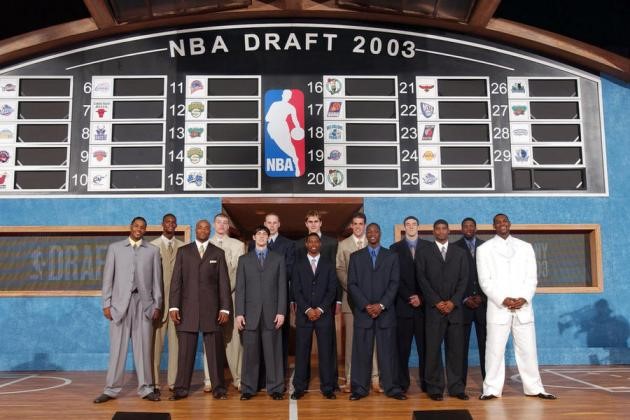 From #1 to #5, this is probably the best Draft class ever: LeBron James at #1, Carmelo Anthony at #3, Chris Bosh at #4 and Dwyane Wade at #5. Nevermind #2, we know Darko Milicic ventured into mixed martial arts before finally settling down as a farmer.

LeBron James is well, LeBron James. Love or hate the man, he is one of the greatest players ever and we are all just witnesses to his greatness. James teamed up with Bosh and Wade in Miami and they won two NBA titles. King James won a third title in 2016, when he fulfilled his promise to Cleveland. Wade also won a title in 2006, without James and Bosh but with Shaquille O’Neal.

Carmelo Anthony? Hooded or not, Melo is one of the best scorers of our generation. David West and Boris Diaw were key bench players for title teams. Kyle Korver is one of the best three point shooters of this era. West, Korver, Chris Kaman, Mo Williams and Josh Howard all made the All-Star team at least once. 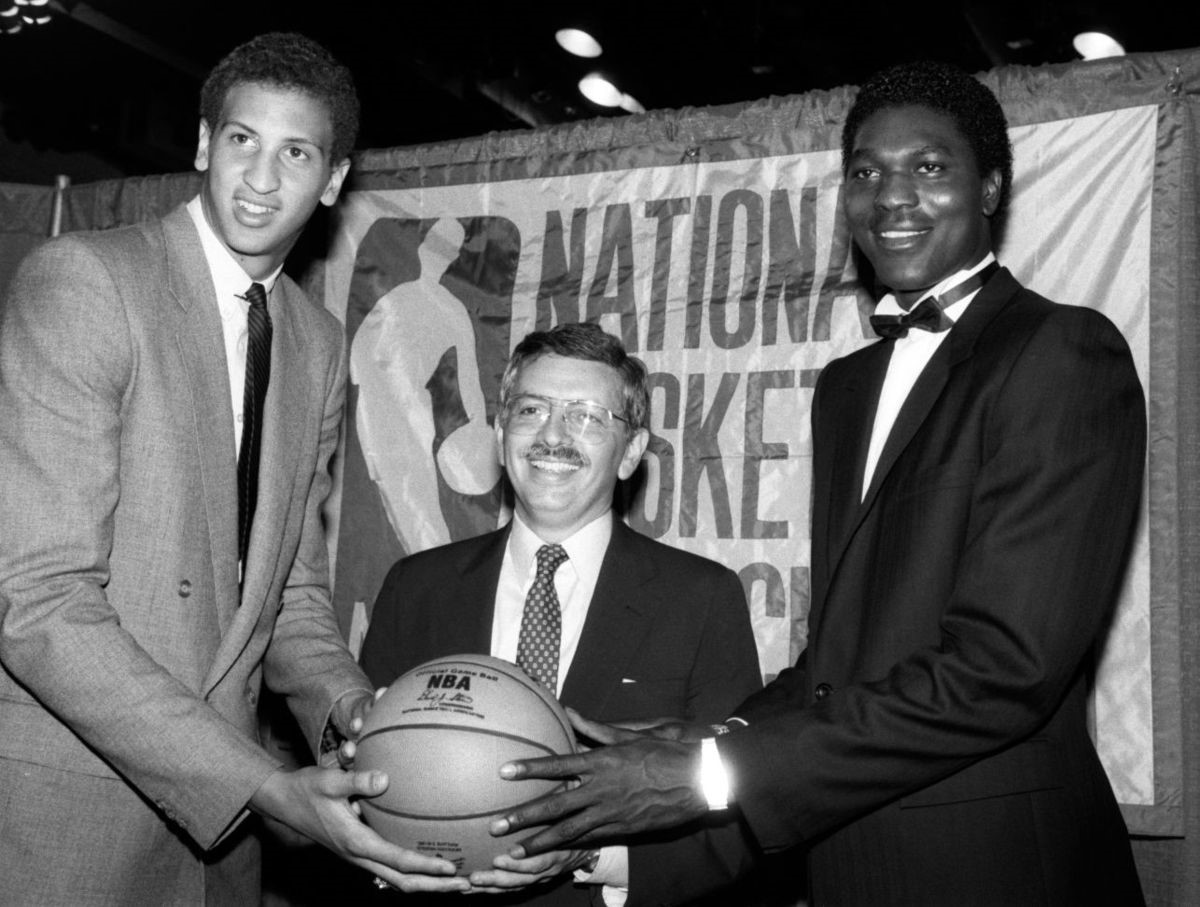 If you want to talk about star power, this is probably the best draft class of all-time. Only the Top 5 picks of this draft can rival that of the Class of 2003. And like 2003, the #2 pick of this Draft became a bust ( although this one was due to injuries ).

1984 produced the greatest player of all-time in Michael Jordan and surprisingly, he wasn’t the #1 or the #2 pick in the draft. The top pick was Akeem Olajuwon ( later renamed Hakeem) who went on to lead the Houston Rockets to back to back NBA titles in the 90’s. The second pick was Sam Bowie by the Portland Trail Blazers. If you don’t recognize him, we won’t blame you. Bowie spent more time on the injured list than on the court.

Jordan was the third pick of the draft, followed by Sam Perkins and then Charles Barkley. Barkley became an MVP and one of the best rebounders in the game. Like 1985, this team also produced three original Dream Team members: Jordan, Barkley and #16 pick John Stockton who is the NBA’s all-time leader in assists and steals.

Alvin Robertson was one of the greatest ball thieves ever and is one of four players to record a quadruple double. Kevin Willis and Otis Thorpe won one NBA championship each. This could easily have been the best draft ever but unlike our #1 Draft class, ‘84 wasn’t deep enough with only #46 pick Jerome Kersey the notable in the later rounds. 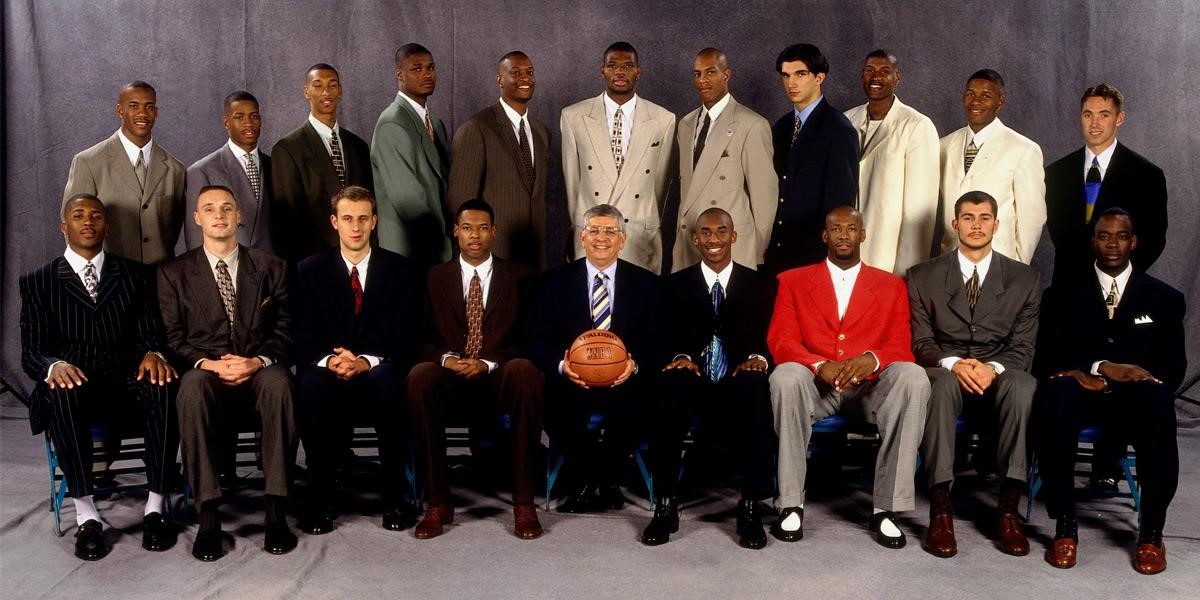 To give you a perspective of how good this Draft class is, only one of the Top 6 picks never made the All-Star team. But while Marcus Camby never made an All-Star squad, he was named as Defensive Player of the Year in 2007. That’s right, this class is solid from #1 to #6, no draft bust at #2, unlike 2003 and 1984. But this isn’t the reason why this is the best class ever.

Two of the three best players of this draft class weren’t even drafted in the Top 6. That’s how deep this draft class was. Kobe Bryant was drafted 13th overall in this draft while Steve Nash was the 15th pick of this draft. Sandwiched between Bryant and Nash as the 14th pick was Peja Stojakovic, the sharpshooter for the Sacramento Kings.

Bryant won 5 NBA titles with the Los Angeles Lakers, is the NBA’s 3rd all-time leading scorer and one of the greatest ever to put on a basketball sneaker. Nash won two MVPs in Phoenix while Stojakovic was a two time three point king who won a title with Dallas in 2011. And we’re not talking about the top pick yet.

Top overall pick Allen Iverson was one of the most gifted scorers we ever saw. Iverson was 4 times scoring champion, 3 times steals leader and 2011 NBA MVP. 5th overall pick Ray Allen is the NBA’s all-time leader in three pointers made and won championships in Boston and Miami. Stephon Marbury, Antoine Walker and Jermaine O’Neal made All-Star teams. Derek Fisher also was from ‘96 as well as Malik Rose. Even former Defensive Player of the Year and NBA champion Ben Wallace was undrafted in this class.