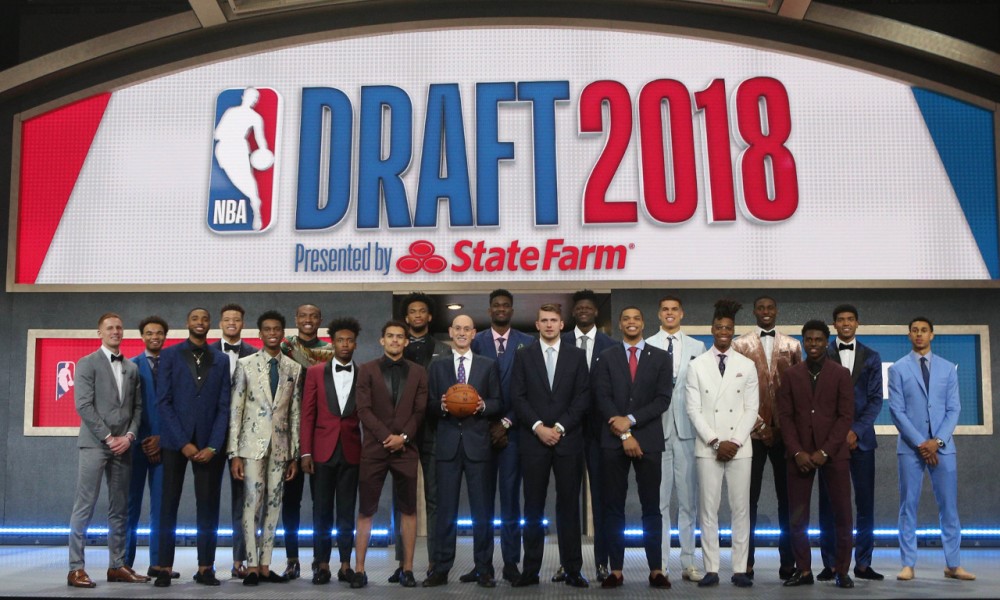 The NBA welcomed the newest members of its big family on Thursday night as the 30 NBA teams went to the Barclays Center in Brooklyn, New York to take turns in selecting eligible players for the 2018 Draft Pool.

Let’s take a look back at Draft night and take a look at the top five stories surrounding the event:

1. No Surprises For Suns and Kings 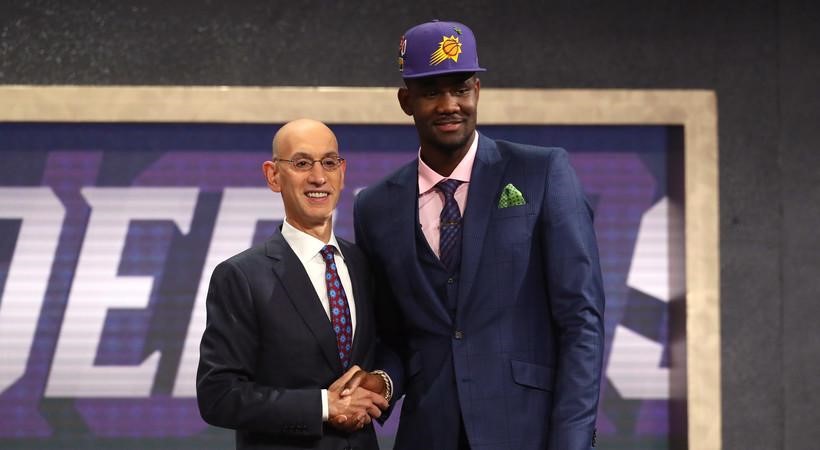 In the last month or so, many mock drafts were fixed on who would go #1 and #2 in the 2018 NBA Draft. There were those who talked about European wonderboy Luka Doncic going #2 or even possibly at #1. But on Thursday night, the Phoenix Suns and Sacramento Kings went with the safest picks available.

Phoenix selected seven footer DeAndre Ayton with the #1 overall pick of the draft. Ayton had links to Phoenix. His family moved to Phoenix after coming over to the United States from the Bahamas. He starred at Hillcrest Prep Academy in Phoenix when he was in High School. He played his only collegiate season at the University of Arizona. And he is described as a once in a lifetime talent by some scouts.

With the 2nd pick of the 2018 NBA Draft, the Sacramento Kings went with Marvin Bagley III. Initially, there were rumors that the Kings would be drafting European sensation Luka Doncic but as D-Day approached, Doncic’s stock tumbled in mock drafts. Much of that has nothing to do really with Doncic or any glaring weakness he has but it’s because of the tremendous upside that both Ayton and Bagley possess.

Ayton has called himself and Suns guard Devin Booker as the Kobe and Shaq version 2.0, referring to the duo which led the Lakers to a three peat from 2000-02. Given both their potential, that isn’t a far fetched dream for Phoenix. The Suns added a potentially valuable piece later in the draft when they traded for 10th pick Mikal Bridges.

As for Sacramento, the Kings have been looking for their next dominant big man since DeMarcus Cousins left. Bagley isn’t a seven footer but as a power forward, he is described as a Chris Bosh type of player. Not only does Bagley have limitless potential, he was one of the few draft hopefuls who agreed to work out with the Kings. 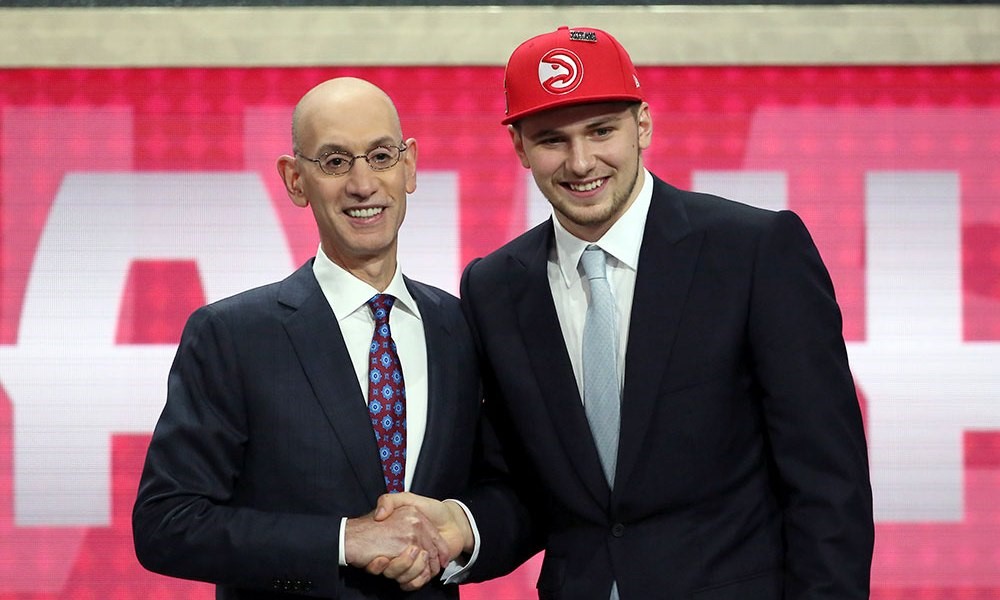 The first surprise twist of the night came when the Atlanta Hawks traded 3rd pick Luka Doncic to the Dallas Mavericks for 5th pick Trae Young and a 2019 protected first round pick . Doncic was touted to be the top pick of the draft for most of the year but ended up being projected as the 4th pick.

After the Kings passed on Doncic and #3, it appeared that the Hawks landed a gem in landing the best ever European prospect. Although he is only 18 years old, Doncic is perhaps the most complete player in the draft. But instead of keeping Doncic for themselves, they traded him to the Dallas Mavericks two picks later.

Dallas added a future first round pick as a sweetener and although it is a protected pick, it becomes useful for the Hawks who are currently in a rebuild. In exchange, the Hawks get Trae Young, perhaps the most publicized player in this draft class. Young’s impeccable shooting abilities have drawn comparisons to Stephen Curry. But not only is Young the best shooter in the draft, he is also one of the best playmakers available.

The Mavericks have a history with European players. They selected Dirk Nowitzki whom many felt was too soft for the NBA. But Nowitzki eventually led the Mavs to their first and only NBA title in 2011. Being soft isn’t what made Doncic tumble in the draft but give that Dallas knows how to deal with a similar player, he should prove his critics wrong. 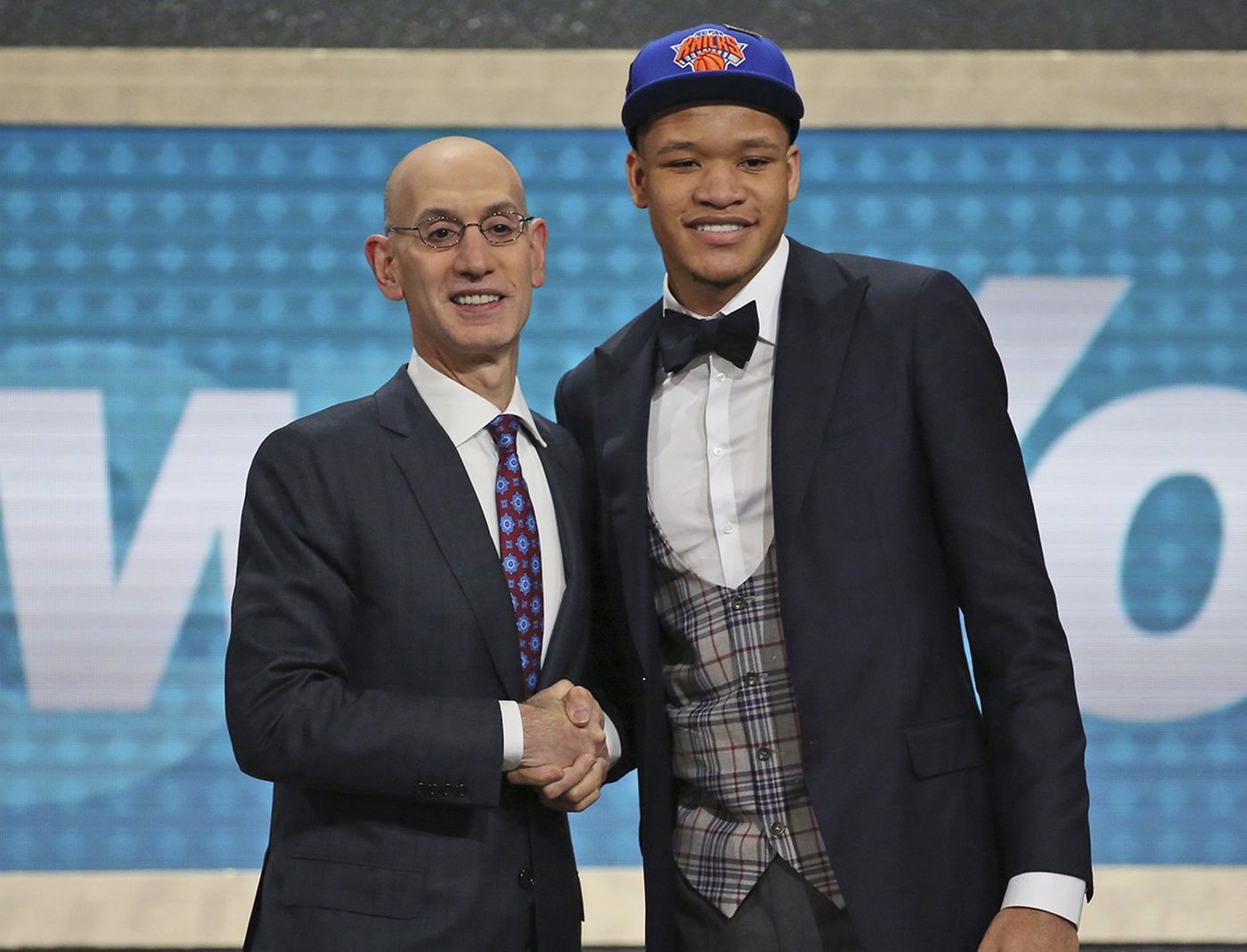 The Knicks surprised many by picking Frank Ntilikina early during the 2017 NBA Draft. After Ntilikina’s struggles during his rookie season, the Knicks front office got their share of criticism. New York’s bosses went the same route on Thursday as the Knicks passed on bigger named players with the 9th overall pick.

With the likes of Missouri’s Michael Porter Jr., Villanova’s Mikal Bridges and Michigan State’s Miles Bridges still on the board when the Knicks’ turn to pick came, New York decided to select Kentucky’s Kevin Knox instead.

Since the draft was held at the Barclays Center in Brooklyn, New York, there were a number of Knicks’ fans who were there. And yeah, you got it right, they booed when Knox’s name was called by NBA commissioner Adam Silver. But you know these Knicks’ fans. Remember they did the same to Kristaps Porzingis? Now they call him Porzin-god.

The second youngest player in the draft, there is a lot of upside for the 18 year old Knox. At 6-9, He has the versatility to play either forward position. Knox averaged 15.6 points and 5.4 rebounds for the Wildcats last season. But he didn’t shoot the ball very well at just 44.5% overall and just 34% from college three ball. Still, the Knicks liked what they saw in the workout and they liked his pedigree coming from Kentucky. 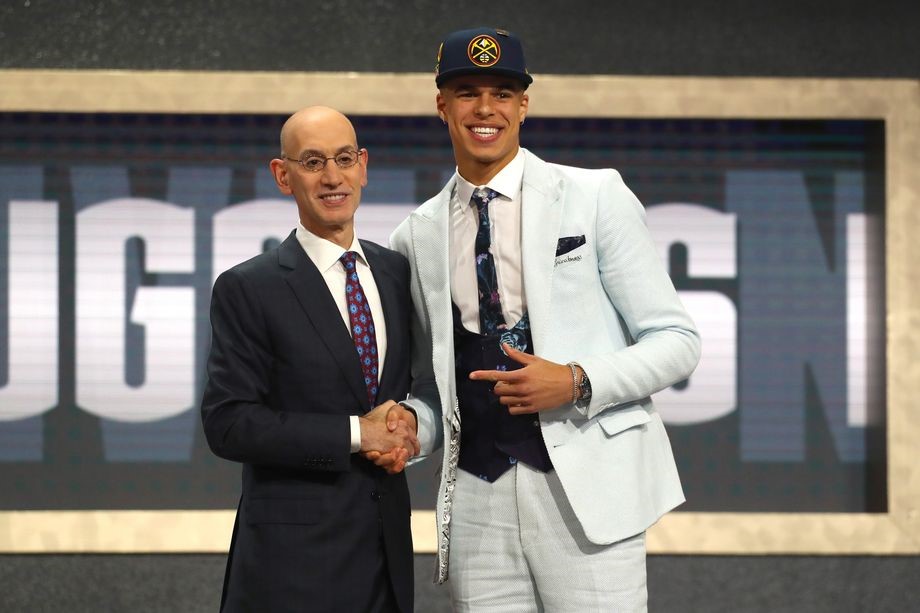 Michael Porter Jr. was once touted to be one of the top picks of this draft class. But as draft day got nearer, Porter steadily fell down the ladder. When all was said and done, Porter became the last lottery pick at #14 after being selected by the Denver Nuggets in the 2018 NBA Draft.

Porter’s father revealed earlier this week that teams were ‘skittish’ about his son’s back injury which needed surgery last November. The surgery, called a microdiscectomy of the L3-L4 spinal disc, forced Michael Jr. to miss all but Missouri’s final two games of last season.

Porter was the most decorated recruit to join MU’s program. After all, Porter is one of only five players to win McDonald’s All-American Game MVP, Naismith and Gatorade National Player of the Year as a high school senior. But after suffering a back injury at an AAU game two years ago, NBA scouts have placed an asterisk on him.

Porter’s dad says that his latest MRI was ‘fairly clear’. If it had been 100%, he would’ve said so or could have described it as ‘perfect’. But maybe it is not and that’s why he said what he said. Still, the Nuggets took the gamble and if Porter regains 100% of his health, he could be the steal of this draft. 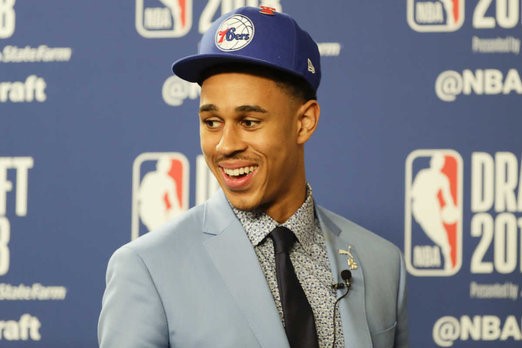 The Philadelphia 76ers had one of their best season in years. Unfortunately, they got ambushed by the brilliantly coached Boston Celtics in Round 2 of the 2018 NBA Playoffs. But given they will return Joel Embiid, Ben Simmons, Dario Saric and T.J. McConnell, that group of kids is one of the teams to watch out for next season.

The key for the Sixers next season would be to have plenty of floor spacers that are going to open up the lanes for Embiid and Simmons. However, with J.J. Redick and Marco Belinelli becoming free agents this coming July, the Sixers were expected to pick an outside shooter just for good measure.

At #10, the Sixers found Villanova swingman Mikal Bridges still available. Bridges was the perfect pick for the Sixers not only because he is a Philadelphia native but because the 6-7 forward shot 44% from collegiate three point range last season. Not to mention that Bridges developed into one of the best 3 and D players in college during Villanova’s title run.

But before the first round of the 2018 NBA Draft was over, Bridges was traded to the Phoenix Suns in exchange for the Suns’ 16th pick, which became Texas Smith’s Zhaire Smith and a 2021 first round pick. No doubt Smith is a very talented kid but given that defense is his calling card, it was a surprise why the Sixers traded for him. Unless of course you add the 1st round pick to the equation.

That first round pick could be used as a sweetener in a future deal by the Sixers. In fact, it can be used as one of the sweeteners of a big trade like say, the Kawhi Leonard trade. Leonard has reportedly told Gregg Popovich that he wants out. Los Angeles has not shown an urgency to make a deal for Kawhi. With Philadelphia residing in the East, the Spurs might consider. If they add future picks, the Spurs might be very interested.