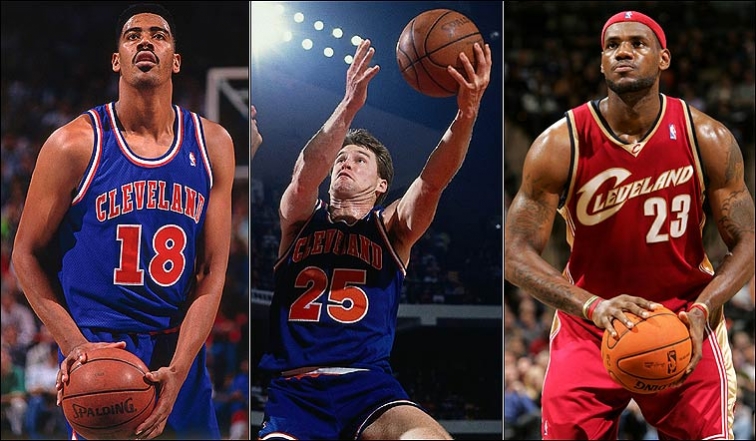 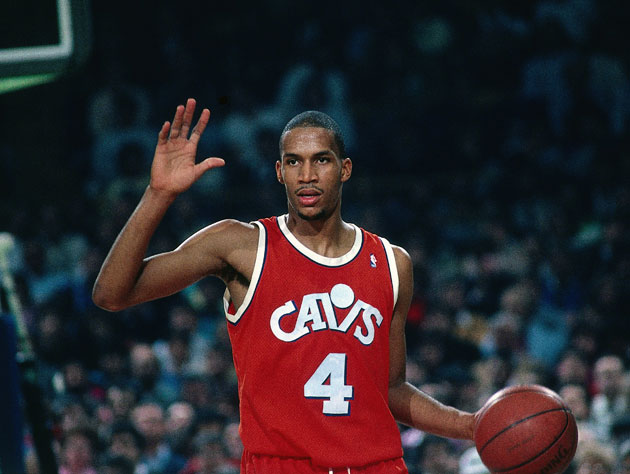 Many remember Ron Harper for his role player days with Michael Jordan in Chicago and Kobe Bryant in Los Angeles. And why not? Harper won a total of 5 NBA championships with those squads from 1996-2001. But Ron Harper was originally a Cleveland Cavalier.

Drafted 8th overall by the Cavaliers in the same 1986 draft where they picked Brad Daugherty as the top pick, Ron Harper emerged as one of the Cavs’ key players during the late 80’s. Born in Dayton, Ohio on January 20, 1964, Ronald ‘Ron’ Harper was raised by his mother Gloria along with his twin brother Donald and four other siblings. Harper starred at the University of Miami where he gained a reputation as an athletic two-way guard.

Harper only played three seasons in Cleveland before being traded to the Los Angeles Clippers but his impact in the organization was well felt. He ranks 4th All-time in Points per Game as a Cavalier and 7th overall in steals. His steals per game average is the best in Cavaliers history. Harper was also the first player in the history of the University of Miami to have his jersey number retired.

Before we got puzzled by Ron Artest’s change of name to Metta World Peace, there was World B. Free.

Born Lloyd Bernard Free on on December 9, 1953 in Atlanta, Free grew up in Brooklyn, New York where he became one of the street ball legends in the Brownsville section. It was also in Brownsville where he would earn the nickname ‘All-World’ for his 44 inch vertical leap and ability to perform the 360 dunk at ease. The ‘World’ nickname stuck to him and in 1982, he officially changed his name to World B. Free because it sounded cool and because he wanted the world ‘to be at peace and free’.

Free’s name, hairstyle and flashy game made him one of the most recognizable stars of the 1980’s. As one of the best pure scorers in Cavs history, Free ranks next to LeBron James in the all-time list for points per game. He is also 9th on both Cleveland’s all-time Free throws attempted and made list. More importantly, he was the top draw that paved the way for the large crowds that would pack Cleveland’s Richfield Coliseum. 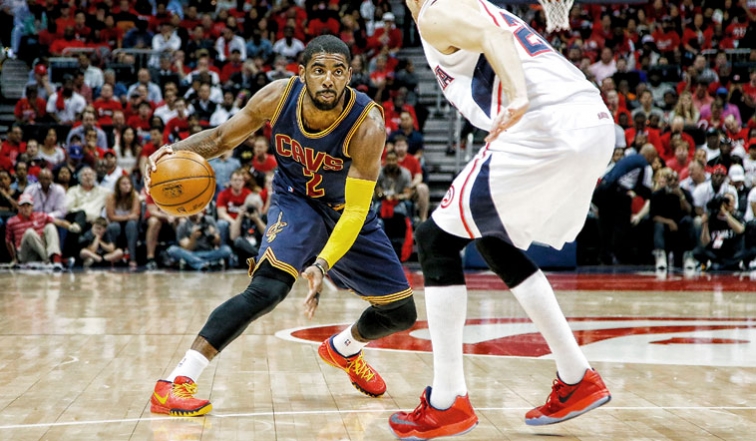 Kyrie Andrew Irving was born on March 23, 1992 in Melbourne, Australia because his father Drederick played professional basketball for the Bulleen Boomers. Irving was a one-and-gone sensation at Duke University where he led the Blue Devils to a Sweet 16 appearance in 2011. He was drafted by the Cavs as the top overall pick in 2011 and immediately made impact as Rookie of the Year in 2012. Irving is a four-time NBA All-star, winning the All-Star Game MVP in 2014. He was also the NBA’s Three Point King at the 2013 All-Star weekend so you see that Game 7 triple wasn’t just luck. It was Kyrie.

At 25, Irving is the future of the Cleveland Cavaliers franchise. His slick ball handling skills and explosive scoring ability make him the perfect complement to LeBron James in today’s setting. But when the King finally decides to turnover his crown, there is no question as to who will be the heir to the throne. 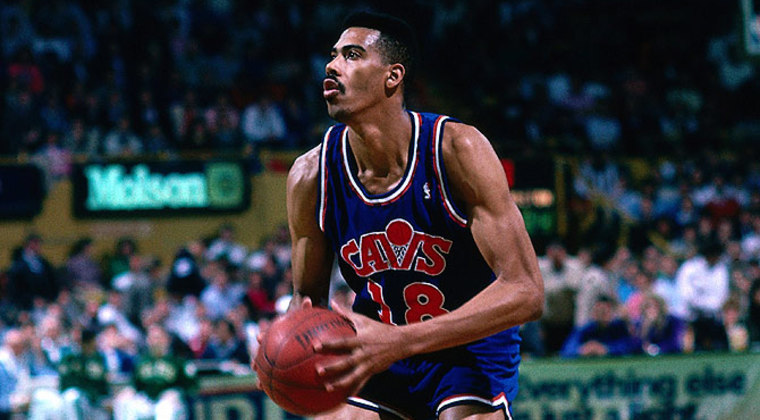 Even after his death due to colon cancer on December 11, 2015, most Cleveland basketball fans still remember John Williams as one of the top Cleveland Cavaliers Players of All-Time.

Born as John Williams on August 9, 1962, he was more known as ‘Hot Rod’ to Cavs fans because of his feisty style of playing. However, the monicker ‘Hot Rod’ had been with him even before he stepped inside an NBA basketball court. The nickname was coined because as a baby, he had the habit of making engine-like noises while scooting backwards on the floor. The name stuck like glue and it carried over in the NBA where he played most of his career as a reliable sixth man.

After becoming Tulane University’s 2nd all-time best scorer, Williams was drafted by the Cavaliers in 1985. In 1987 ( he played in the USBL from 1985-1986 ), Williams, Brad Daugherty and Ron Harper were all named to the NBA’s all-rookie team. With three promising rookies, the future was bright for the Cavaliers. In 1990, he signed a $27.5M deal with the Cavs which made him among the Top 5 highest paid players in the NBA at that time. Hot Rod is 4th in Cleveland’s all-time rebounding list, second in blocks and 7th in total points scored. 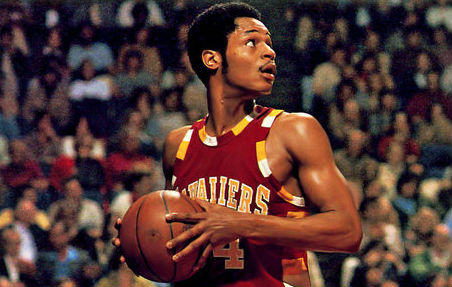 We all know Austin Carr as the Cavs’ color commentator for the team’s games broadcast over Fox Sports Ohio and together with Fred McLeod, they formed one of the best commentating duo in basketball. But once upon a time, Austin Carr was also one of Cleveland Cavalier’s top players.

Austin Carr was born on March 10, 1948 in Washington, DC where he was a star for Mackin High School. After attending Notre Dame College where he set the NCAA tournament record of 61 points in a single game, Carr was drafted #1 by the Cavs in the 1971 NBA draft. Incidentally, he was also selected first overall by the Virginia Squires of the ABA in the same year but he elected to play in the NBA. Good as he was, Carr’s career was marred with foot and knee injuries that prevented him from reaching his full potentials. Despite that, he remains one of the top Cleveland Cavaliers players of all-time. 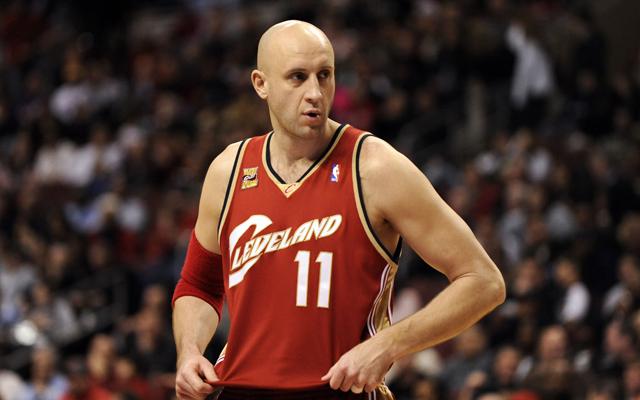 One of the most well-loved players in Cavs’ history, the player famously known as ‘ Z ‘ was the man in the middle during many of the Cleveland Cavaliers’ playoff runs during the 2000 decade.

Born on June 5, 1975 in Kaunas, Lithuania of the former Soviet Union, Ilgauskas was the Cavaliers’ 20th overall pick in the 1996 NBA draft but spent the season on the injured list. He recovered the following year and missed just one of 82 games and was part of the NBA All-Rookie team in 1998. However, injuries forced him to play just 29 games in the next two seasons. Tough as nails, Z would come back again and return for nine healthy seasons with the Cavs where he dominated as one of its best big men ever.

When the Cavs drafted LeBron James in 2003, Ilgauskas helped the young King to make the Cavs one of the league’s top contenders. They never won an NBA title but the Cavs reached the NBA Finals in 2007 and Eastern Finals in 2009. Ilgauskas would retire as the Cavs’ career leader in rebounds and blocks. He is currently #2 in the Cavs all-time scoring list and third in free throws made. In 2014, the Cavs retired his #11 jersey making him only the third European player to have his number retired in the NBA. 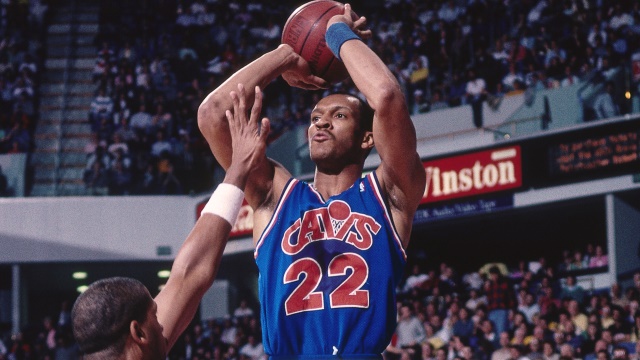 The name rings a bell, right ? For the millennial NBA fans, it’s because Larry Nance is one of the current NBA’s top highlight reel makers. But today’s Larry Nance ( of the Lakers ) got his hops from pops.

Born on February 12, 1959, Larry Nance Sr. was the NBA’s original slam dunk king. In 1984, he became the ‘High-Ayatolla of Slamola’ after winning the first ever dunk contest on NBA All-Star weekend. But not only was Larry Nance Sr. a high-flying act, he was one of the most consistent players during his generation. Known for his mid range game and shot blocking presence, Larry Nance was a fixture in Phoenix before being traded to Cleveland in 1988. With the Cavs’, he was seen as the missing link that provided leadership and experience to a young team led by Brad Daugherty, Mark Price and Ron Harper. However, we knew injuries broke up that core and prevented them from really winning it all.

Nance finished his career with the Cavs and up until his retirement, he held the NBA record for most blocks by a non-center. He is the Cavs all-time leader for most blocks in a single season and is #3 in the all-time blocks list. He is also 9th in scoring and 8th in rebounds. Nance was a three-time All-Star ( twice with the Cavs ) and was a member of the NBA All-Defensive first team in 1989 and the All-Defensive 2nd team in 1992 and 1992. All three selections were during his tenure with the Cleveland Cavaliers. 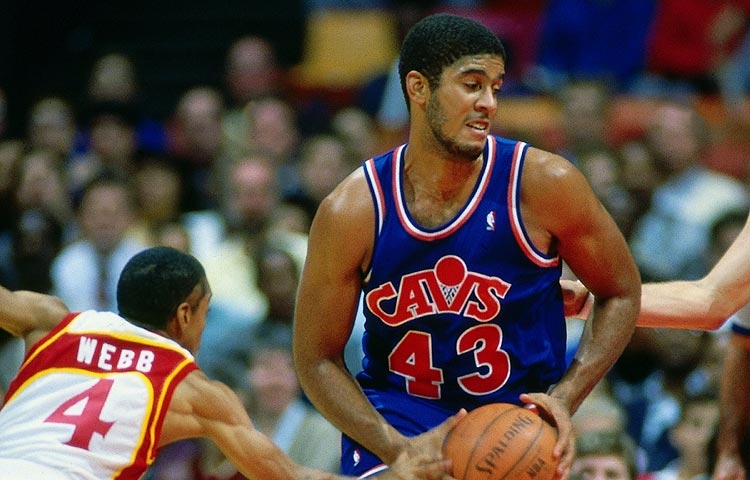 Arguably the best big man in Cleveland Cavaliers history, we could only imagine how things would have played out had he stayed healthy.

On October 16, 1965, one of the best big man to ever don a University of North Carolina Tar Heels uniform was born. Bradley Lee Daugherty was a two-time all ACC and one time All-American first team in college. He was selected by the Cleveland Cavaliers as the #1 overall pick in 1986 and was touted to be the big man that would lead the team to the land of promise. During that year, the Cavs also drafted Ron Harper and traded for the rights to Mark Price. Along with Hot Rod Williams ( missed his rookie year ) , the Cavs had a formidable quartet of rookies that made them immediate contenders. With Daugherty, the Cavs made five playoff appearances from 1988-1993 but he was forced to retire young at 28 due to back problems.

When he retired, Brad was the Cavs all-time leading scorer and leading rebounder before he was passed by LeBron James and Zydrunas Ilgauskas, respectively. In eight NBA seasons, Daugherty made the All-Star team five times and the All-NBA third team once. He is currently a co-owner for the Monster Energy NASCAR Cup Series team JTG Daugherty Racing. 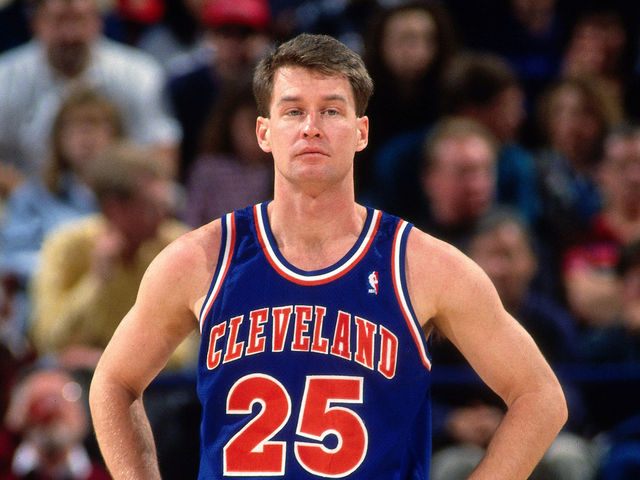 Mark Price was one of the best point guards in the NBA during his prime. With Mark, the price was always right in Cleveland.

Born on February 5, 1964, Mark Price was selected as the 25th pick of the 1986 draft by the Dallas Mavericks after a standout career at Georgia Tech University. Immediately, his rights were traded to the Cleveland Cavaliers and the Cavs suddenly turned into a powerhouse. With Brad Daugherty, Ron Harper and Hot Rod Williams, Mark Price led Cleveland to its best years during that era. 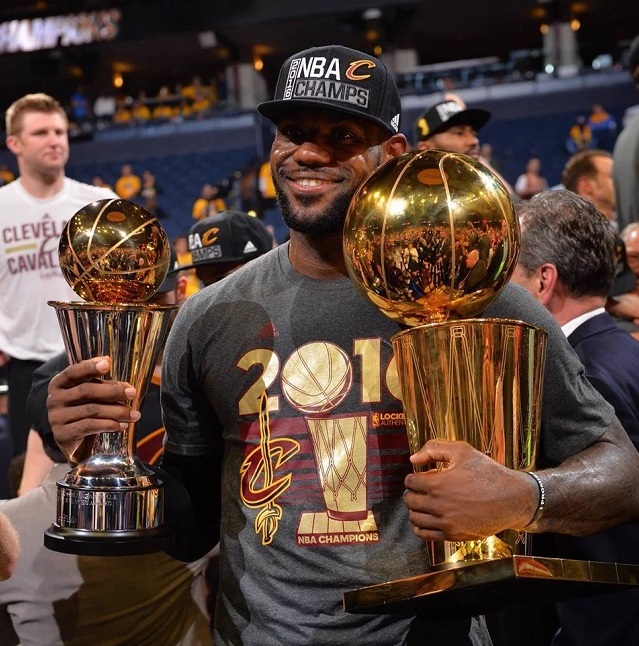 The greatest player in Cleveland Cavaliers history is none other than LeBron James.

Born and raised in Akron, Ohio, LeBron James was the savior that Cleveland waited for a long time to come. But his story almost ended elsewhere when he shocked the world by taking his talents to South Beach in 2010. But like a prodigal son, he declared that he was ‘coming home’ in 2014 and returned to Cleveland with the promise of bringing the first ever NBA title to Cleveland and breaking the 52 year curse of Cleveland. Like a prophet, this King fulfilled his promise in 2016 and he remains the best basketball player in the planet at age 32.

James is a three-time NBA champion, three time NBA Finals MVP and four-time NBA MVP. He’s been to the All-Star game 13 times, winning the MVP twice. James has been named to 10 All NBA First Team and 2 NBA 2nd team selections. The list could go on yet we wouldn’t be able to give justice to the greatness of this man.

LeBron is the greatest player in Cavaliers history and with the way he is still playing, he may end up as the greatest ever in the NBA.