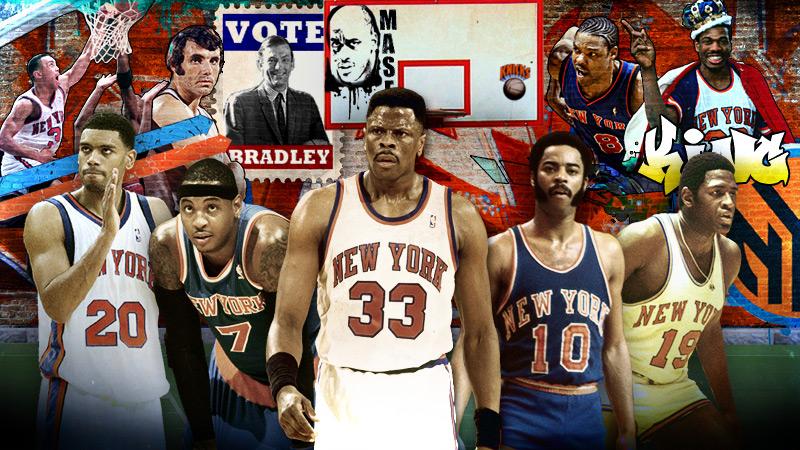 The New York Knicks are one of the NBA’s most storied franchise, perhaps owing to the fact that their home court is the Madison Square Garden which has long been considered as the Mecca of Sports. Forbes also reported in 2016 that the Knicks are the NBA’s most valuable franchise at an estimated worth of $3B. But the Knickerbockers are more than just the Garden and their economic value.

Here are the top New York Knicks players of all-time: 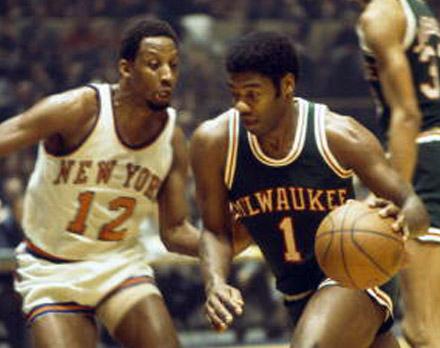 Often overlooked in favor of his more high profile teammates, Richard ‘Dick’ Barnett was a mainstay on the Knicks’ only champion teams. He was the Knicks’ starting shooting guard for majority of his nine year stint in New York and was a dead shot from the outside. Barnett was known for kicking both of his legs back while taking his jumper.

Barnett was the 4th overall pick in 1959 by the Syracuse Nationals. He also played for the ABL and led the Cleveland Pipers to the 1962 ABL title. He returned to the NBA to play for the Lakers and finished his career in New York where he was part of the only title winning teams in franchise history. 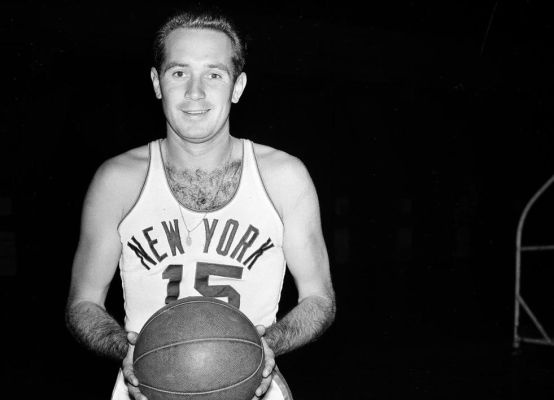 Born in the Bronx and spent college in St. John’s , Richard Joseph ‘ Dick ‘ McGuire was known as Mr. New York. Also known as ‘Tricky Dick’, McGuire was one of the first great playmakers in the NBA.

McGuire was drafted by the Knicks 7th overall in 1949 and quickly became the best point guard in the league. McGuire led the league in assists during his rookie season and would spend the next decade as one of the NBA’s top playmakers.

Tricky Dick was a 7-time NBA All-Star who made the All-NBA second team in 1951. McGuire is the third best assists producer in New York Knickerbockers history, trailing only the legendary Walt Frazier and Mark Jackson in the list. McGuire and his brother Al, who coached Marquette to the 1977 NCAA title, are the first brothers to be inducted to the Naismith Hall of Fame. 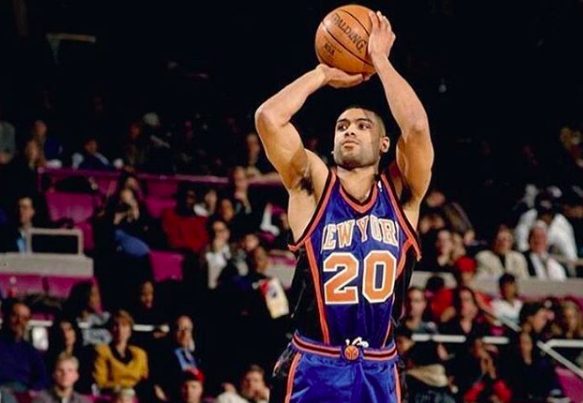 Gifted with a silky smooth shooting touch, Allan Houston was one of the NBA’s best guard during the 1990’s. Known for his picture perfect shot and penchant for hitting the big baskets, Houston is one of the greatest scorers to put on a Knicks uniform.

Taken by the Detroit Pistons with the 11th pick of the 1993 draft, Allan Houston signed with the Knicks as a free agent after his rookie contract expired. For the next six seasons, he would help the Knicks make six consecutive playoff appearances, leading them to the NBA Finals in 1999. Houston’s most memorable game came in Game 5 of the 1999 Eastern Quarterfinals against the Miami Heat where he hit the game winner with 0.8 seconds left. The win enabled the Knicks to become only the second 8th ranked team at that time to upset a #1 seed.

Houston was a two time All-Star who played for the version of the Dream Team which won the gold medal in the 2000 Olympics. Houston is 4th in the Knicks’ all-time scoring list
and 2nd in three point field goals made. He is also 10th all-time in win shares contributed. 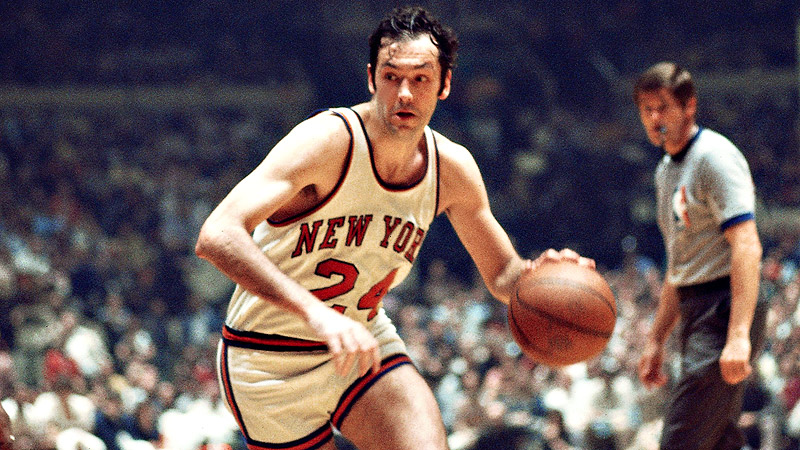 There have been many pro athletes who went on to have a successful political career after retirement. Bill Bradley was the only one to be elected as US Senator.

Bradley served three terms as a democratic senator in New Jersey after an unselfish 10 year NBA career with the New York Knicks. We say unselfish because after a standout college career at Princeton, Bradley sacrificed his individual stats to be an integral part of the Knicks' two title teams in the 70s. Dollar Bill fit like a shoe in Red Holzman's ball sharing system. He moved well without the ball, made the right passes and had was automatic from the wing or elbow.

Bradley finished his career as the 10th best leading scorer in Knicks history and 6th in assists. He is also #3 in games played and #5 in minutes played. He is one of two players ( the other is Manu Ginobili ) to have won a Euroleague title, NBA championship and Olympic Gold medal.

Many say that the trade that brought Earl Monroe to the Knicks was the game changer for the Knicks franchise but the trade for Dave DeBusschere brought the final piece to The Knicks' first championship puzzle. In Game 7 of the 1970 Finals, he scored 18 points and grabbed 17 boards to help the Knicks blow out the Lakers.

DeBusschere's physical style and tenacious defense made him one of the NBA's best defenders. Since the league's inception of the NBA All-Defensive First team, DeBusschere was part of it for the rest of his career or six in total. He is one of 12 athletes to have played in both Major League Baseball and the NBA as he was a pitcher for the Chicago White Sox from before playing in the NBA.

He was an eight time NBA All-Star and the Knicks' 7th all-time best rebounder. He is also 5th all-time in defensive win shares and was part of the NBAs 50 greatest players in 1996.

What if Bernard King stayed healthy? Most probably, he would've ranked higher on this list. Unfortunately, a devastating knee injury in 1985 stole the prime of his career and prevented us from witnessing the best of Bernard King.

King was the ultimate small forward of the 80's. He had long arms and had such a quick release that was almost impossible to block. He was explosive off the dribble and could power his way to the hoop with his size. Most of all, King had a feathery touch that made him one of the NBA’s most prolific scorers and the NBA's scoring leader in 1985.

After his injury, he was then the first player to make a successful return from an ACL injury. His comeback was punctuated with the final of his four All-Star game selections with the Washington Bullets in 1991. King's scoring average per game with the Knicks is 2nd best all-time, trailing Bob McAdoo by a mere 0.1 PPG. He leads all Knicks in Player Efficiency Rating and owns the fifth best field goal percentage in Knicks' franchise history. 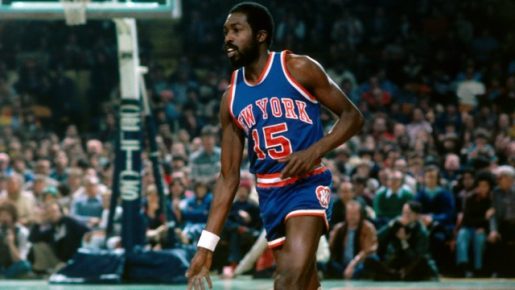 Critics said he and Walt Frazier would never co-exist in one backcourt. They were wrong. Monroe was Clyde to Frazier's Bonnie and together, collectively known as the Rolls Royce backcourt for their flamboyance, they led the Knicks to their second ever NBA title in 1973.

Vernon Earl Monroe was the Baltimore Bullets’ 2nd overall pick in 1967 where he and Wes Unseld became a formidable duo. But a trade led Monroe to New York where he teamed up with Walt Frazier to form the most effective backcourt combinations of all-time. The duo helped the Knicks win their second and last NBA title in 1973.

Monroe was the Rookie of the Year in 1968 and a member of the All-NBA first team the following season. He was a four time All-Star and is the 9th best scorer in New York Knicks history. He is one of the few players to have his jersey number retired by two teams. Monroe was named as one of the NBAs 50 greatest players in 1996.

Willis Reed's dramatic entrance in Game 7 of the 1970 NBA Finals remains as one of the greatest moments in the history of sports.

After missing Game 6 with a thigh injury, Reed surprised the Garden faithful by entering the court during the warm ups of Game 7 and starting the game for the Knicks. Reed made the Knicks first two baskets, his only points of the game. His courageous effort though inspired the team and the Knicks went on to win their first ever NBA title.

Reed is the first player to sweep all of the MVP awards in one season. During their title run in 1970, Reed was regular season MVP, All-Star game MVP and Finals MVP. He was also a member of the All-NBA First team and All-Defensive First team during the same season. He is the Knicks' third all-time best scorer and 2nd best rebounder in team history. 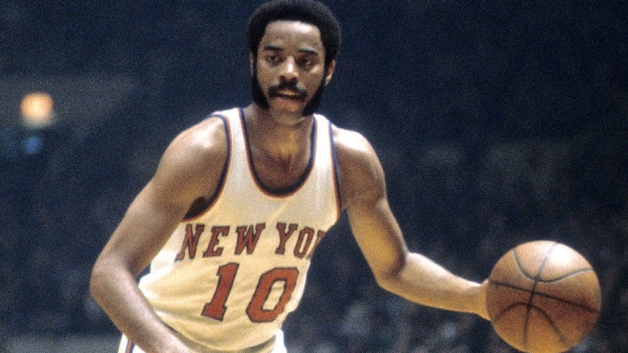 Perhaps no one was as flamboyant and as colorful as Walt Frazier. He was more than fashion and though. The ‘Clyde’ to Earl Monroe’s ‘Bonnie”, Walt Frazier was one of the best clutch performers of his era, hitting one big shot after another for the Knicks.

Frazier earned the nickname ‘Clyde’ after he was seen wearing a hat similar to the one worn by Warren Beatty in the 1967 movie ‘Bonnie and Clyde’.

Without doubt, Frazier was the best point guard in Knicks’ history. In Game 7 of the 1970 NBA Finals, Frazier stole the show from Willis Reed by scoring a game high 39 points while dishing off 19 assists and grabbing 7 boards.

Clyde was a 7-time NBA All-star who won the All-Star game MVP in 1975. Frazier made the NBA All First Team 4 times and the All-NBA 2nd team twice. Frazier owned many Knicks’ records but many of them were later broken by the man we put on top of this list. 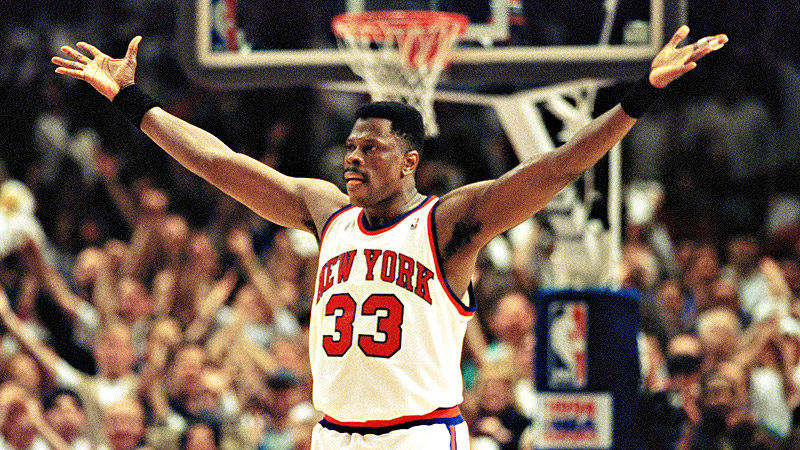 Patrick Ewing came in with great expectations. The Big Man delivered. Well, except for the elusive championship ring.

After a standout career at Georgetown, Ewing was the expected top pick of the 1985 NBA Draft. The Knicks picked him #1 overall and so began a 15 year relationship. Ewing led the Knicks to the NBA Finals in 1994 although they would end up losing to the Houston Rockets and Hakeem Olajuwon in a heartbreaking series that went all the way down to Game 7.

Ewing won two Olympic Gold medals, having played for the 1984 and 1992 US Men’s Olympic basketball teams. He holds numerous All-Time Knicks records, including most points scored and most rebound grabbed and most shots blocked. He was an 11 time all-star and a one time member of the All-NBA First team. He was also part of the All-Defensive Team three times during his career. Ewing was one of the NBA’s 50 Greatest Players in 1996. He is also the only player in Knicks’ history to play 1000 games with the team. He is the 10th player in NBA history to score 20,000 points and grab 10,000 rebounds. Ewing is currently 21st in the NBA’s All-Time scoring list and 25th in the Rebounds lis

While Walt Frazier has every claim to be the greatest Knicks player ever, Patrick Ewing’s individual achievements and numbers say that the former Hoya was better. Sure, he didn’t bring an NBA title to New York but neither did he have the luxury of playing alongside several superstars. Ewing carried the Knicks by himself in an era dominated by the great Michael Jordan and his Chicago Bulls.