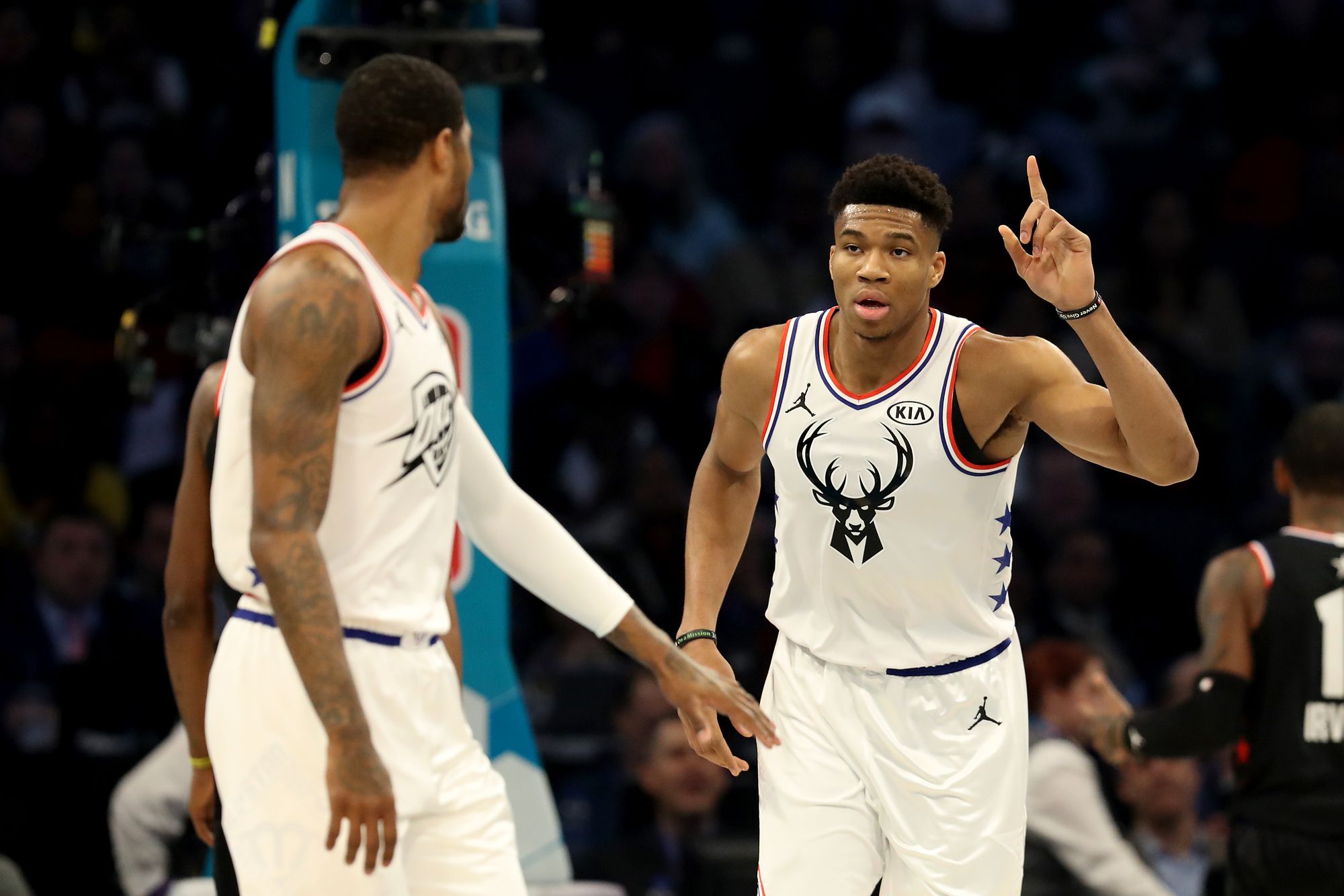 The Top Takeaways from the 2019 NBA All-Star Weekend

Giannis is ready to take the torch

For a while there, we all thought that Milwaukee Bucks superstar Giannis Antetokounmpo was set to claim his first All-Star MVP award. He was the most consistent player throughout the game, and even had the most spectacular All-Star game highlight in arguably the past ten years. But Team LeBron would make a comeback off a third quarter barrage of deep three-pointers, and Kevin Durant sealed the win in the fourth quarter, ultimately helping him win his second All-Star Game MVP plum.

Still, Giannis overshadowed every star present during the night, finishing with a game-high 38 points, 11 rebounds, 5 assists, and of course, the out-of-this-world alley-oop dunk he completed off a high bounce pass from Golden State Warriors point guard Stephen Curry. It’s not easy to be the most shining star in a game filled with transcendent players like LeBron James, Paul George, Durant and Curry. But Giannis did it anyways, as the question still remains: Will he also win the Season MVP award as well?

The Greek Freak, who is posting impressive numbers of 27.2 points, 12.7 rebounds and 6.0 assists this season, has led the Bucks to a league-leading 43-14 record. Durant, who won the MVP honors in the All-Star game, had heaps of praises for the 24-year old forward, via The Associated Press.

"It is scary to see how far he can keep going. His game is still rounding into shape   and he is still getting better. But he's in the elite top three of the MVP candidates (at   24). So, to be that young and already at the top of the class as one of the elites in the game, it is a joy to watch his progression."

Giannis has two big names to beat – James Harden of the Houston Rockets and Paul George of the Oklahoma City Thunder – for the MVP award. But if he and the Bucks continue their trend of success, Greece will have their first NBA Most Valuable Player.

Brooklyn Nets Joe Harris was a late addition to the 2019 Three-Point Shooting Contest, and it might be just how he wanted it. In a contest highlighted by the hometown favorites – the Curry brothers and Charlotte Hornets star Kemba Walker – it was the unheralded Harris who shone brightest. Entering the contest as second in three-point percentage (47%) this year, Harris outshot Steph Curry in the final round to steal the show and bring home the trophy to Brooklyn.

Harris says that his participation in the contest, combined with D’Angelo Russell’s first All-Star berth and Jarrett Allen and Rodions Kurucs’ appearance in the Rising Stars game have been important for the surprisingly good and young Nets team. Here’s his statement, via the USA TODAY.

“The Nets were pushing hard because obviously they want guys to be in All-Star Weekend and be represented out here. We would have had five players here if  Spencer (Dinwiddie) would have been healthy. He would have been able to defend his Skills Challenge championship.”

Harris, who is producing 13.9 points and 3.6 rebounds per game this season, has been instrumental for Brooklyn. The Nets, who were not predicted to be a playoff team this year, has now climbed to the seventh spot in the Eastern Conference, sporting a 30-29 win-loss card, because of that and their current momentum fans can choose them when they bet on NBA playoffs.

Ben Simmons is ready for lift-off

Philadelphia 76ers sophomore point forward Ben Simmons played his first All-Star game last weekend, and it appears he will be a fixture in the February festivities for the years to come. Despite the loss against Kyle Kuzma and the Team USA, Simmons was the best players in the game, finishing with 28 points and 6 assists for Team World. Had his team won the night, he would easily run away with the MVP award.

Then during his first All-Star game appearance, Simmons looked comfortable and smooth in handling the limelight. He finished with 10 points, 7 assists and 6 rebounds for Team LeBron, and was the most aggressive among the first-timers in the game.

Simmons is flirting with a triple-double average this season, producing 16.8 points, 9.0 rebounds and 7.9 assists per game. His field-goal shooting is equally impressive with 55%, though his perimeter shooting and free-throw percentages remain as his great weaknesses. Still, he affects the game like no other and his overall impact is right up there among the league’s best.

In an important early February game against the Golden State Warriors, who were coming into the game embarking on an eleven-game winning streak, Simmons put on a show on both ends of the floor with 26 points, 8 rebounds, 6 assists and 3 steals. Most importantly, he led the Sixers to a much-needed win. If this is any indication, my take is that Simmons will take a great leap come playoff time in April.

We need star power in the Slam Dunk Contest

After another forgettable Slam Dunk Contest won by a grace-saving dunk by Oklahoma City Thunder young gun Hamidou Diallo, it’s already obvious that the once-most celebrated contest is in shambles. There are many of argumentative reasons for the decline such as the fact that people have already seen every dunk that could be pulled off or that unfortunate fact that more and more superstars are shying from entering the contest.

Gone are the days when All-Stars like Michael Jordan, Clyde Drexler and Dominique Wilkins would take the Slam Dunk Contest seriously and lay it all on the line to take home the trophy. It’s what we need to spice up this declining contest, and the NBA should be more aggressive in inviting superstars to showing off their dunking skills.

Duke freshman and the consensus 2019 Draft top overall pick Zion Williamson could already be a fixture in next year’s dunk contest. Diallo could also be a staple as he will defend his crown. But how about we push NBA commissioner Adam Silver to also extend some invitations to Giannis Antetokounmpo and Zach LaVine as well? Or maybe take another chance on LeBron James?