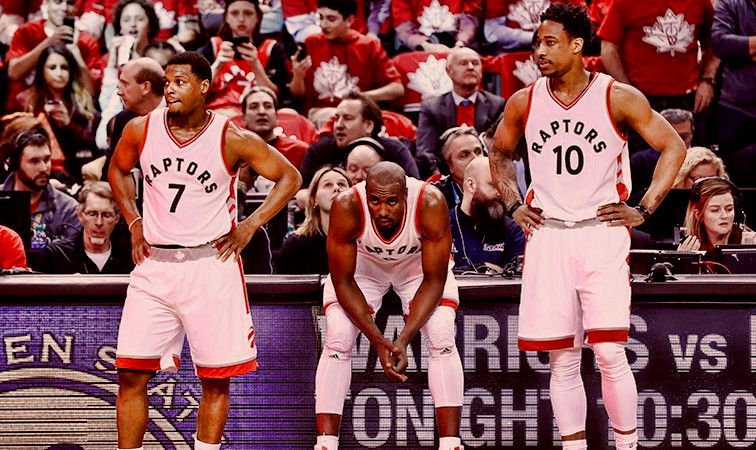 After a slow start to their 2017-18 campaign, the Toronto Raptors have gained momentum and are on top of the Eastern Conference standings. The success of the Raptors can be attributed to the ‘culture reset’ which the team underwent following last season’s exit from the playoffs. 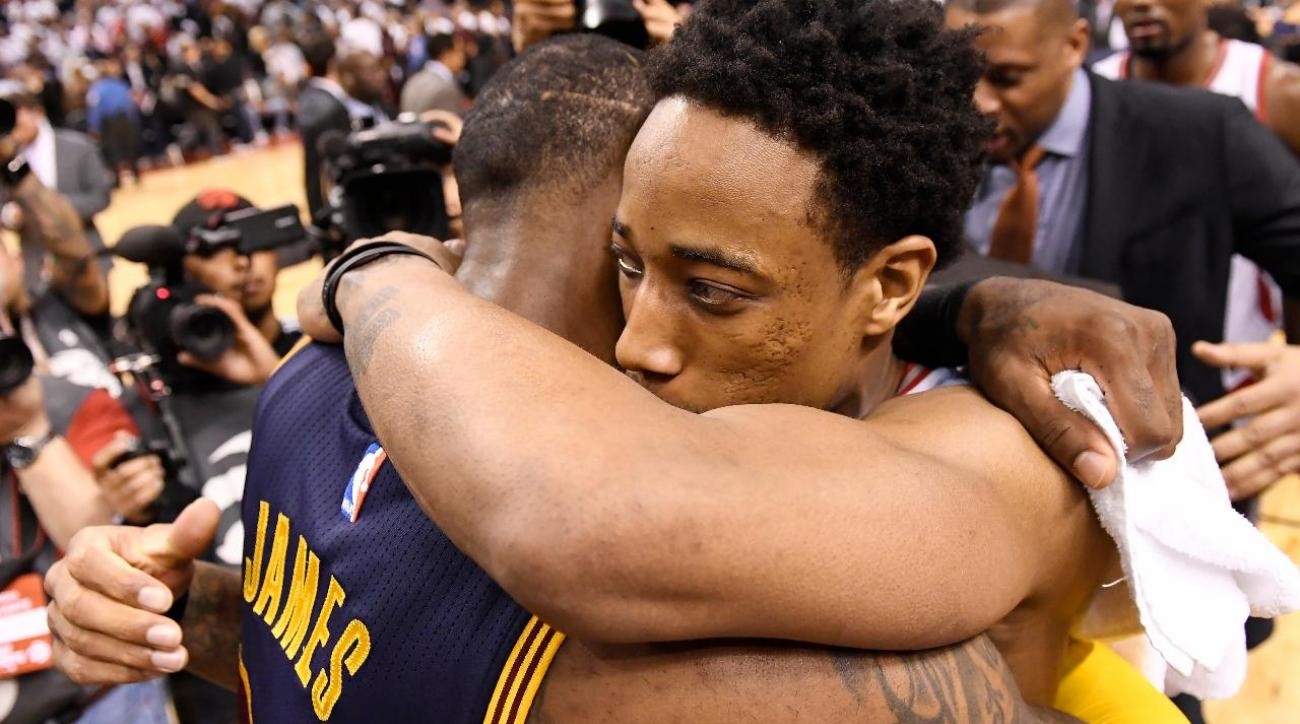 The Raptors won 51 games last season and 56 in 2015-16, bringing out the best two season stretch in franchise history. They have one of the best backcourt duo in the league in Kyle Lowry and DeMar DeRozan. But their last two playoff runs have ended in defeat and disappointment at the hands of the Cleveland Cavaliers.

Following the sweep at the hands of the Cavaliers, Raptors President Masai Ujiri said that it was time for ‘change’ up North:

"After that performance, we need a culture reset here," Ujiri said at his end-of-season press conference Tuesday. "We need to figure it out. Yeah, there's been some success, but at the end of the day, we're trying to win a championship here. To me, making the playoffs is nothing. That's back in the day. Now, we have to figure out how we can win in the playoffs. That's the goal." 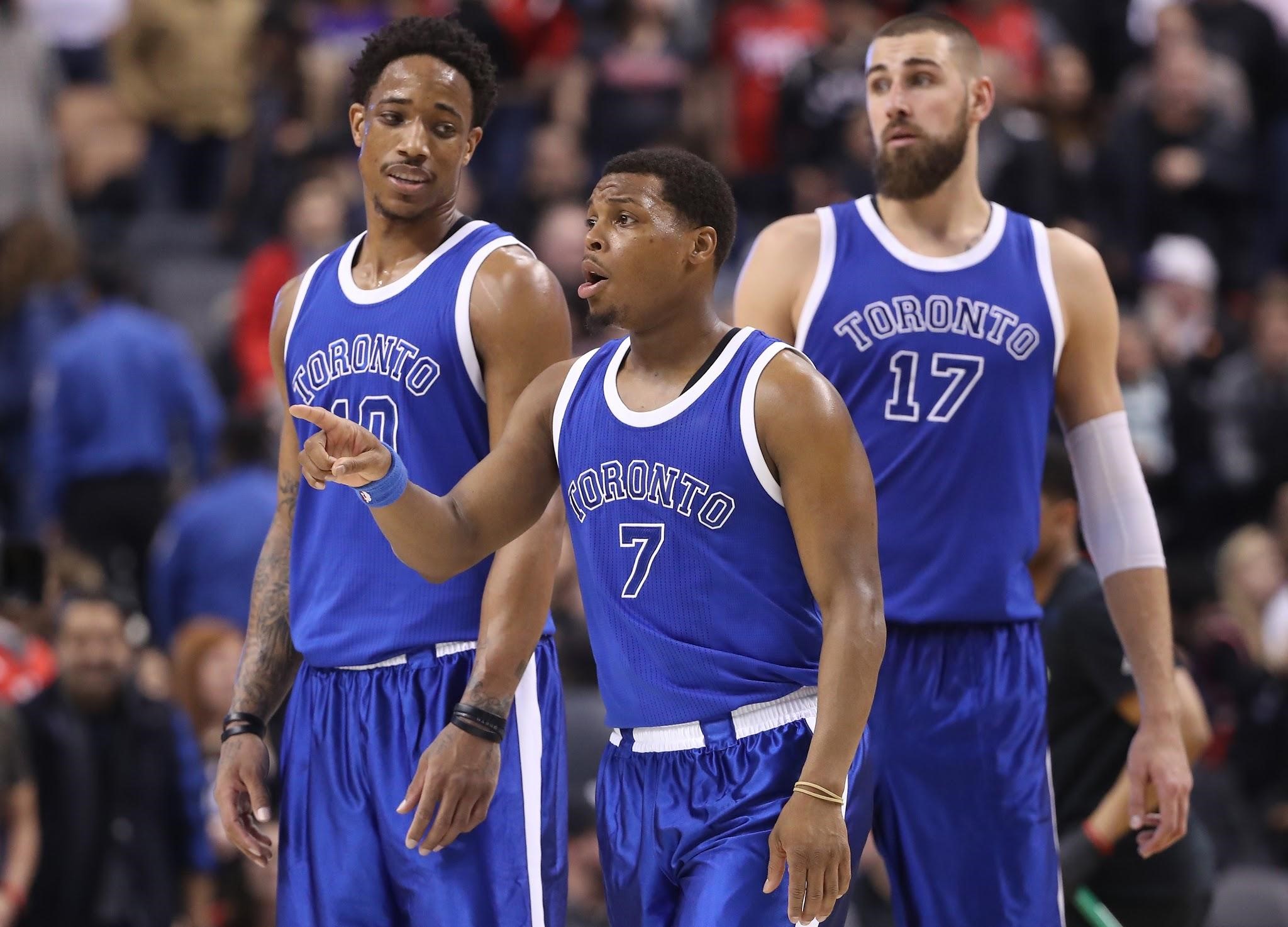 The reset Ujiri talked about did not mean breaking up the young Raptors. Not by a chance. What he was referring to was a change in ‘the way they look at everything’ :

"I think we've done things here for four years and we've had a level of success, but how do you take it to another level? ... We have to dig deep into everything that we do. I'm talking scouting, I'm talking medical department, I'm talking everything."

The Raptors have made the playoffs in four consecutive seasons and made it out of the first round during the last two years. But the way they’ve went out in the postseason these past two years confirmed the notion that while they are a playoff team, there is still a huge gap between them and the elites of the NBA. Unable to beat or even keep up with the Cavs is the historical proof of that.

After the Raptors decided to re-sign Serge Ibaka and Kyle Lowry, management decided to explore a new avenue in order to squeeze more out of their established rotation. Ujiri and head coach Dwane Casey believed that the key was learning from the Golden State Warriors, San Antonio Spurs and the Boston Celtics- teams who had plenty of success while making the most out of the talent on their teams.

“One thing we have to do is become a better ball-moving team, a better passing team,” Casey said. “Sometimes we’ve got to pass the ball for the sake of passing -- just to get the ball from side to side.” 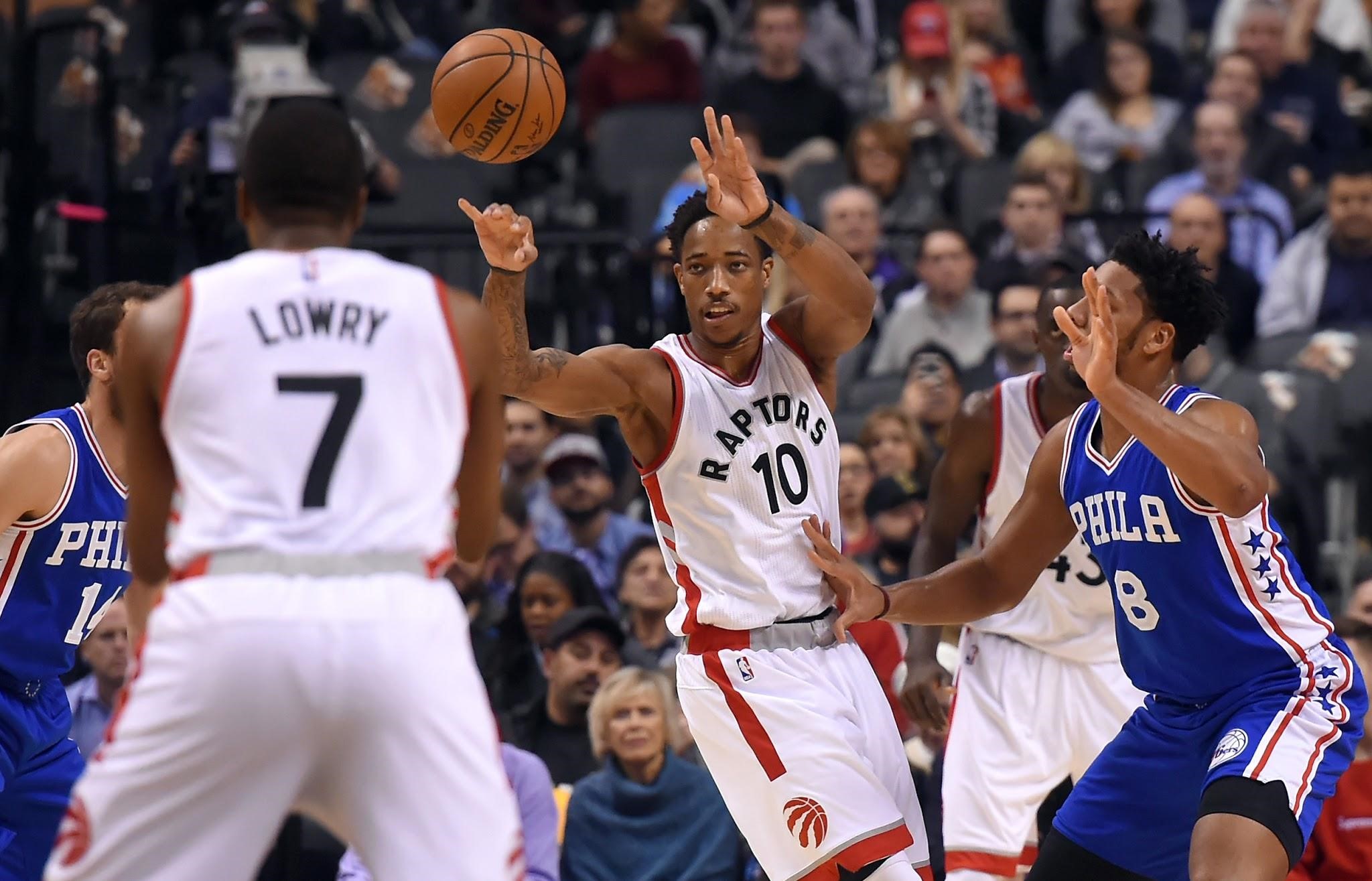 The Raptors were dead last in assists last season at 18.5 per game, a far 11.9 dimes behind the league leading Warriors. But still, they won 51 games, finished with the 7th best record in the NBA and took the 3rd seed in the Eastern Conference. That’s how talented the team was, and still is.

But when the playoffs came and the defenses tightened, the Raptors were unable to hit their stride. Lowry averaged 20 plus points in the regular season during the last two years. But he averaged just 19.1 and 15.8 during the 2016 and 2017 playoffs, respectively. DeMar DeRozan, a career .449 shooter from the field, has shot just .403 in four playoff appearances.

Lowry and DeRozan are individually gifted scorers so it is but normal for them to take the burden upon themselves to make the baskets for the Raptors. But with the lanes clogged up and the defenses a notch higher during the playoffs, they took harder shots and as a result, missed more of them. That’s where ball movement comes in. Said Casey:

“When the shots aren’t falling,” Casey said, “that’s when you’ve really got to concentrate on your passing, on making the extra pass, trusting the pass.”

“We have to learn to trust others too,” Ujiri said. “You trust them that the ball will come back to you in some kind of way. That’s what trust does.”

No, we’re not saying that Lowry and DeRozan were unselfish. But because they were so individually gifted as scorers, they willed themselves to take matters into their own hands. That was good when they were making baskets. But in games when their shots weren’t falling, the Raptors had no other options. So Now the ‘culture reset’.

On Top Of the East 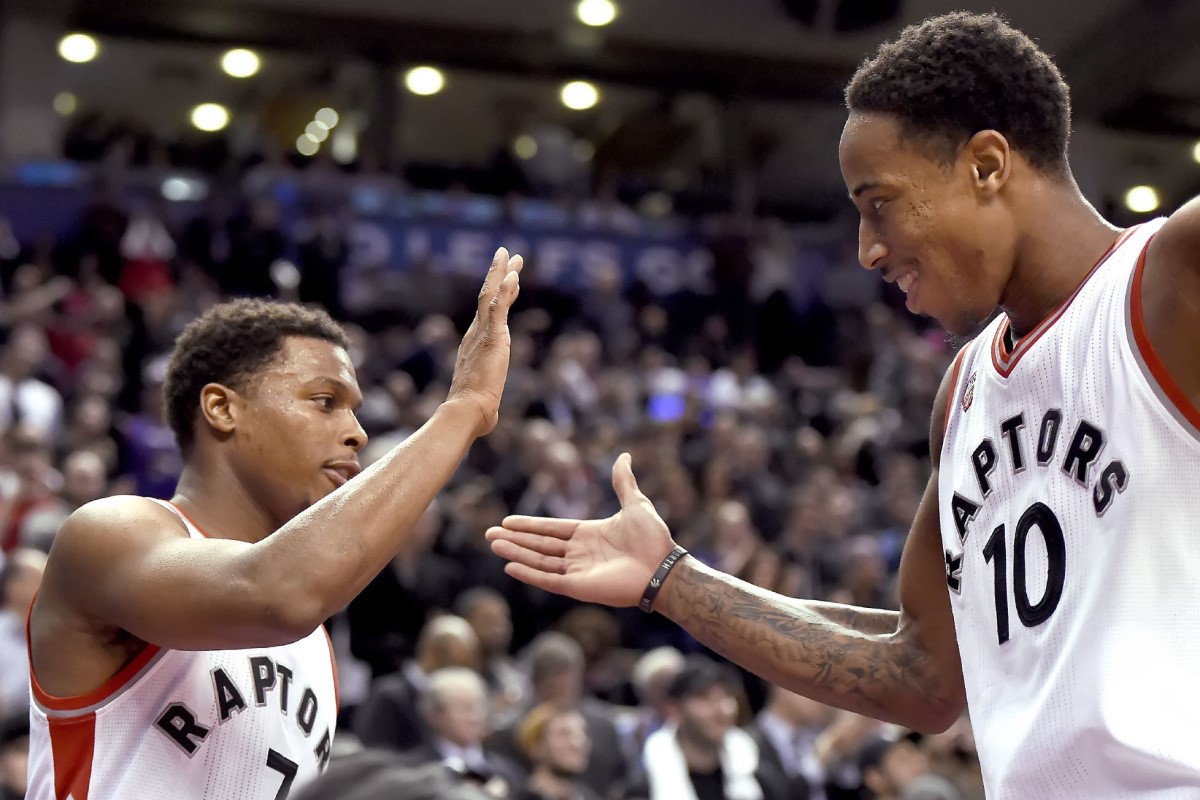 After the mediocre start, the Toronto Raptors are on top of the Eastern Conference standings. Despite losing to the Mavericks on Tuesday, they’ve won 8 of their last 10 games and 12 of 14. At 23-9, they are just 1.5 games behind the Boston Celtics for the top spot in the East. In terms of losses, they have one loss fewer than the Celtics and the Cavaliers, last year’s Eastern Conference Finalists. 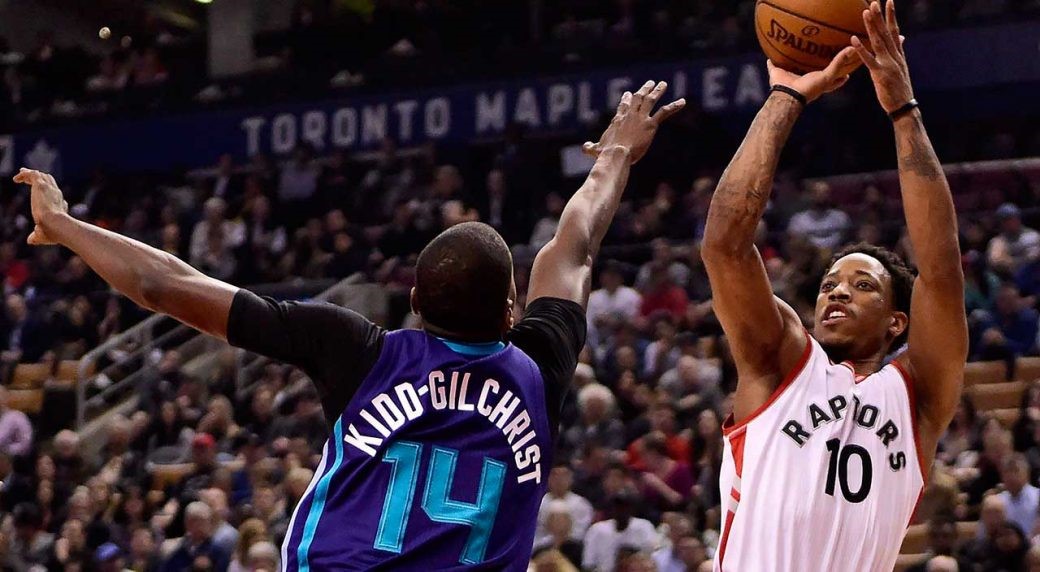 The Raptors’ improved three point production deserves mention. Toronto lost its second, third and fourth most productive three point shooter of last seasons in Terrence Ross, DeMarre Carroll and Patrick Patterson. But despite missing those personnel this season, the Raptors have improved a lot in that department.

While the other teams signed big named free agents last summer, Toronto was low key and had C.J. Miles as their most notable addition. Miles may not be in the caliber of Chris Paul, Paul George or Jimmy Butler but he certainly filled in a need for the Raptors. A career .361 three point shooter, Miles averaged 2.2 three point makes per game with the Indiana Pacers last season. This year? Miles is making 2.3 and is Toronto’s second best three point shooter behind Lowry who makes 2.9 three pointers per game.

The Raptors currently have six players who hit at least one three pointer per game. Notable in this group are DeRozan and Ibaka who are having career highs in three point shooting. DeRozan is making a career best 1.0 three pointers per game while Ibaka is shooting at a career best .400 from beyond the arc.

Stars Have Heeded The Call 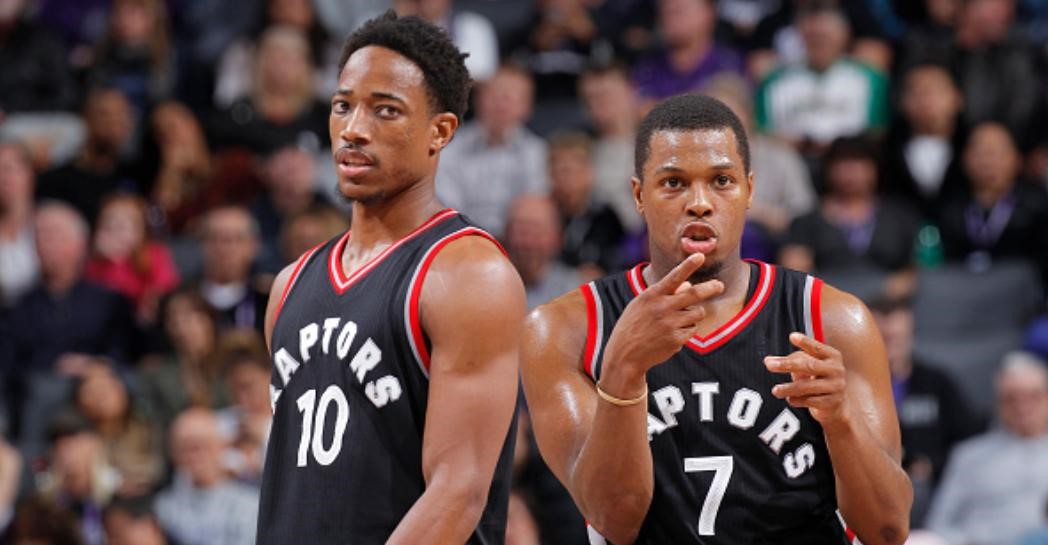 More importantly for the Toronto Raptors, their stars have heeded the call for a culture reset. DeRozan isn’t just averaging career high in three point makes per game, he is also shooting the three ball at a career best .341. That’s not it. Aside from the improvement in his three point output, DeRozan is also having a career season in assists. His 4.9 dimes per game is easily the best of his career. Making the extra pass? For sure, that’s got to play a big role in DeRozan’s numbers.

Kyle Lowry’s three point output is down from 3.2 per game last season to 2.9 this year. But it’s also because Lowry has taken fewer three bombs this season. Making the extra pass? Yes. Not that he was a poor passer. Lowry averaged 7.0 assists last season but has improved that a bit to 7.1 this year.

Critics point to a sharp decrease in Lowry’s scoring average from 22.4 points per game last season to just 15.9 points per game thru 31 games this year. The decrease can be traced to a decrease in his shot attempts from 15.3 field goal attempts per game last year to just 11.8 this season. Why is this so? Because Lowry now trusts his teammates are going to make the shot, he is making the extra pass rather than take matters into his own hands.

“That is the next element for us to really be successful,” DeRozan said. “We have shown that we can score with the best of them, if we come down on isos or whatever it may be. But now, to take it to the next level, we have got to be able to move the ball, swing the ball, and that will add different elements to our game.”

The Raptors aren’t going to be like the Rockets or the Warriors who make three point shooting a priority. But with ball movement and three point shooting, they have added unpredictability to their offensive playbook. When the playoff comes, that should come handy because defenses will no long just swarm on Lowry and DeRozan. With more offensive options on the team, the Raptors have become a more dangerous team than ever. Thanks to Ujiri pushing the reset button.