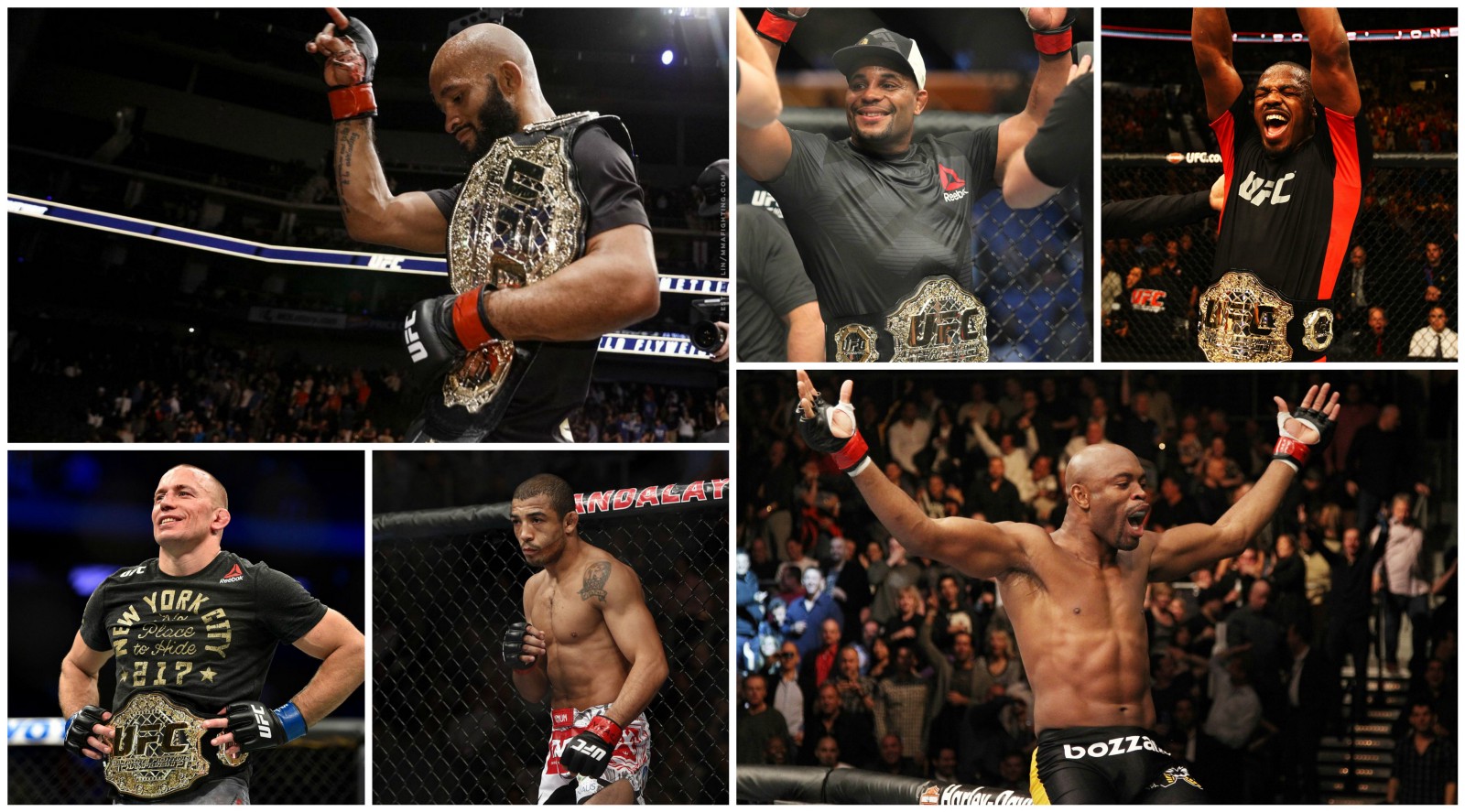 The UFC celebrates its 25th anniversary this year with the first ever UFC bout taking place in November 12, 1993 at the McNichols Sports Arena in Denver, Colorado.

The UFC held UFC Fight Night 139 last weekend to commemorate its silver year. Now let’s look back at the UFC’s first 25 years by listing down the 10 all-time best fighters we’ve seen inside the octagon. 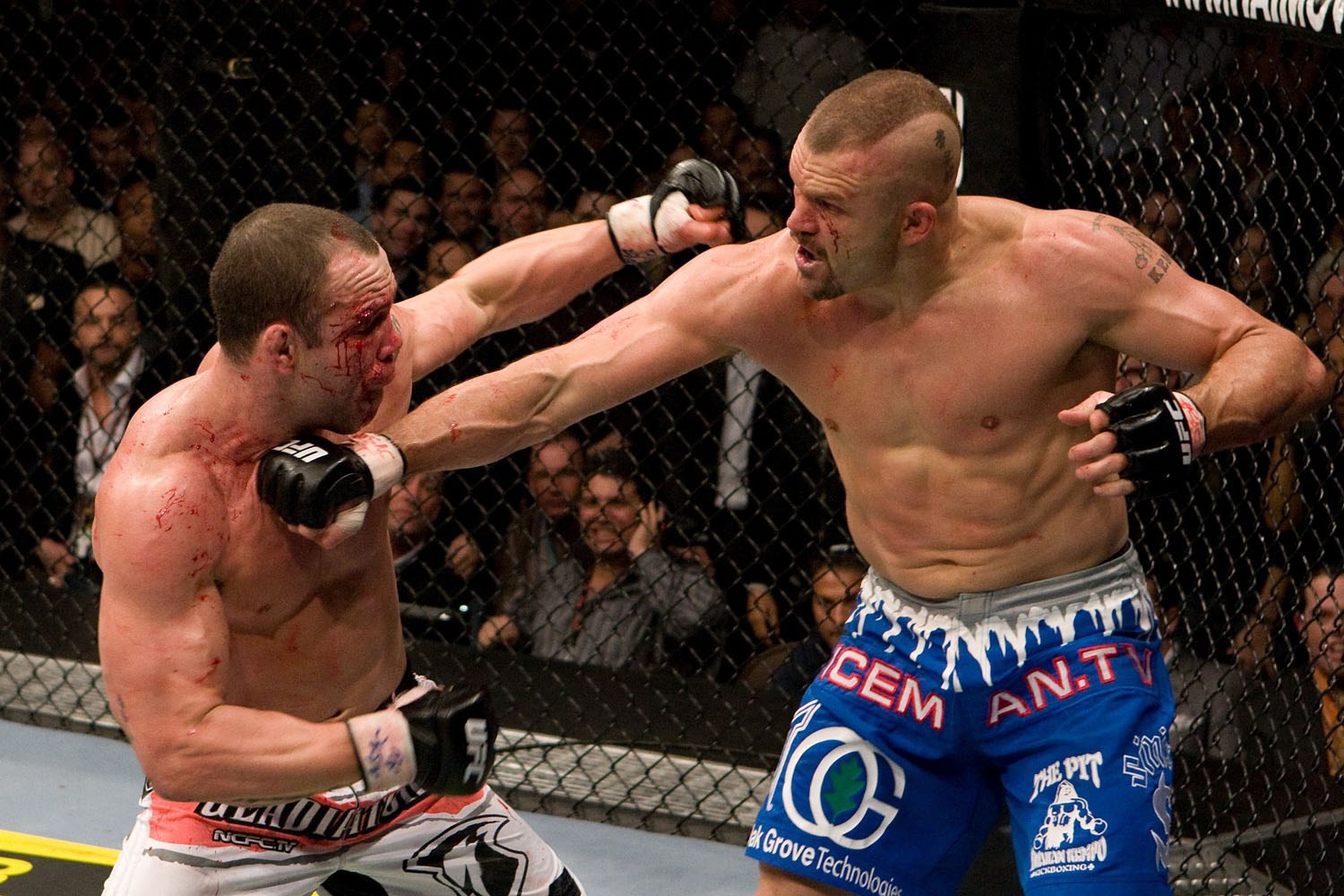 A former NCAA Division I wrestler at Cal Poly, Chuck Liddell was one of the best pure strikers in the game. He would show up at a fight, look his opponent straight in the eye and most often than not, end up clubbing his foe to submission. No Liddell fight wasn’t exciting. It was either he got the knockout or he got knocked out.

The Iceman won the UFC light heavyweight title by stopping Randy Couture at UFC 52 in the 2005 Knockout of the Year. Liddell would go on to defend the title four times, all by knockout before losing the belt to Quinton “Rampage” Jackson at UFC 71. In what stands as his last career win, Liddell slugged it out with Wanderlei Silva in the 2007 Fight of the Year, winning the bloody bout via unanimous decision.

One of the pioneers of the UFC, Royce Gracie was sent by his family to represent their own brand of mixed martial arts to the mainstream. At a time when Brazilian Jiu Jitsu was unknown, Gracie defeated three opponents in a combined 299 seconds to win the UFC 1 Tournament.

That victory shook the martial arts world and would forever redefine combat spots. Soon after, Brazilian Jiu Jitsu gyms sprouted all over the country and today, most MMA fighters have BJJ background. Gracie would go on to compete at UFC 2 and win the tournament again by defeating four men in one night of gruelling competition.

Gracie won his first 11 UFC bouts, a record at that time. His rivalry with fellow pioneer Ken Shamrock is one of the most important rivalries in the sport. Gracie defeated Shamrock in the finals of UFC 1 but with Shamrock keen on getting revenge, the UFC set them up for the first super fight in UFC history at UFC 5. The bout was one of the promotion’s first PPV hits, earning a record 260K PPV buys. 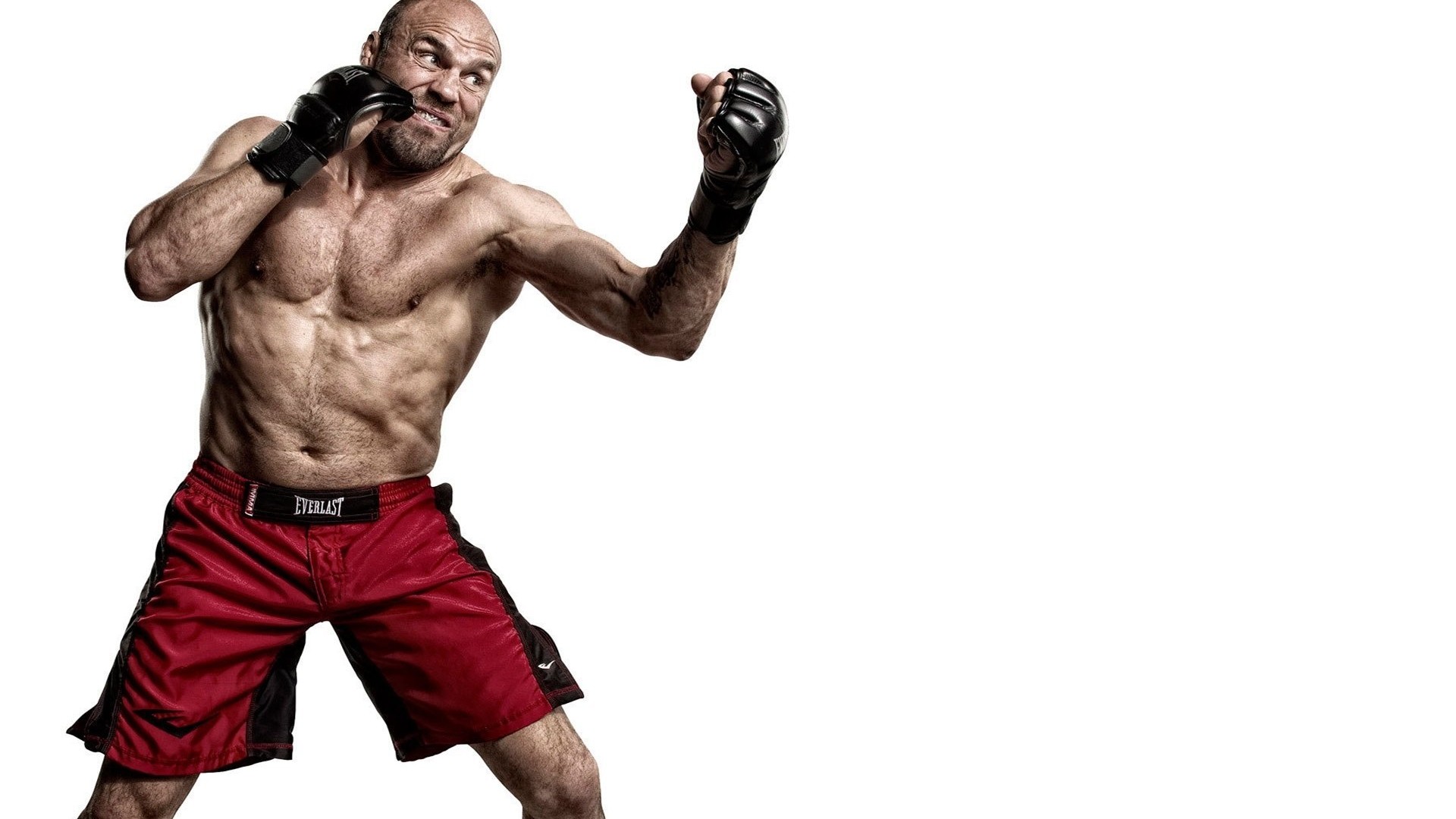 Couture would figure in a record 16 title fights. He holds the UFC record for most wins in the heavyweight division at 6. He is the oldest champion in MMA history and the only fighter to win a championship after being inducted to the hall of fame. Couture is also the only fighter to have won a title fight at the age of 40 or older and he did so four times.

In his first bout with Chuck Liddell, Couture became the first fighter in UFC history to win world titles in two different weight classes. Couture’s title win over Tim Sylvia at UFC 68 gave Couture the record for the oldest champion in UFC history at age of 43 years and 255 days old, a record that still stands right now. 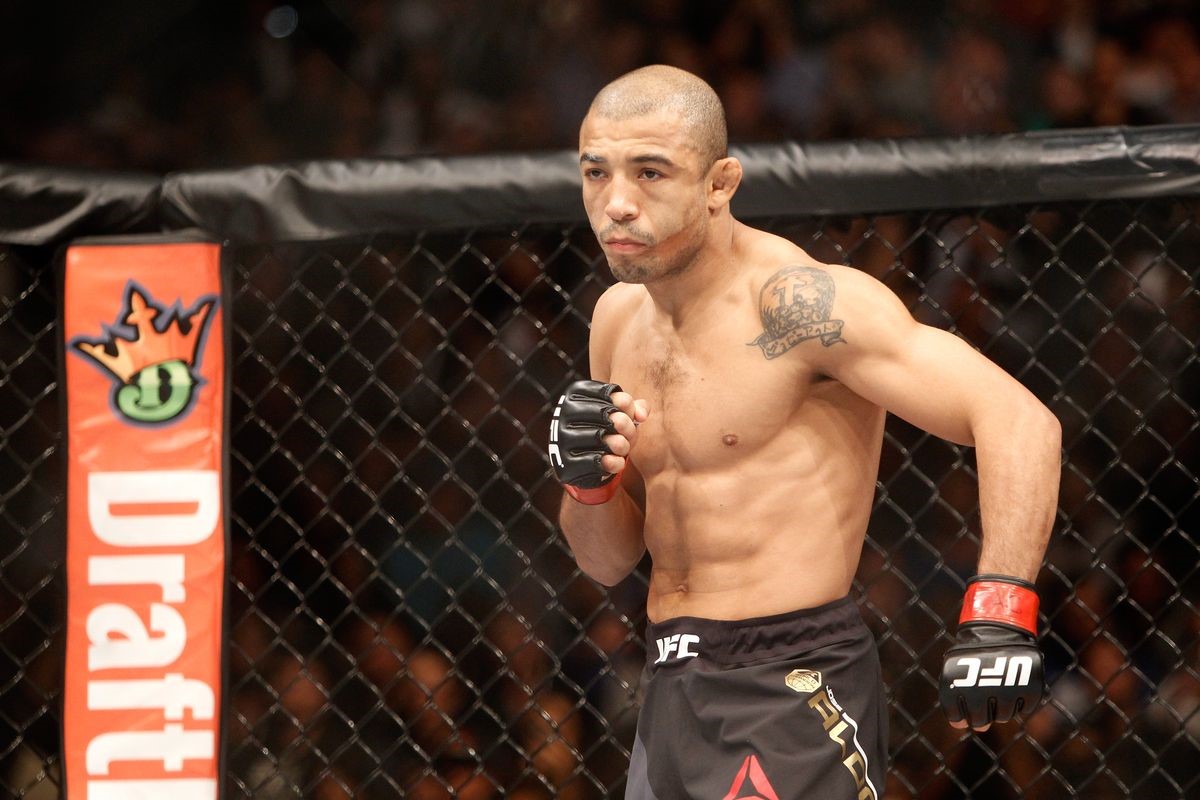 Most young fans know Jose Aldo as the man whom Conor McGregor annihilated in 13 seconds. But those who have followed the UFC since its inception know that Aldo is more than just a knockout in the brash Irishman’s record.

Jose Aldo began his career in the UFC’s sister company, the WEC. He was the fourth and final WEC featherweight title and the inaugural UFC champion after the UFC/WEC merger. In a decade that began on November 2005 and ended in December 2015, Jose Aldo was undefeated.

His resume is also impressive. He was featherweight champion for 1,848 days, the fourth longest title reign in UFC history. During that period, he also defended his title seven consecutive times, fifth most in UFC history. He was Sherdog’s 2009 Fighter of the Year and is considered the best featherweight in the history of the UFC. 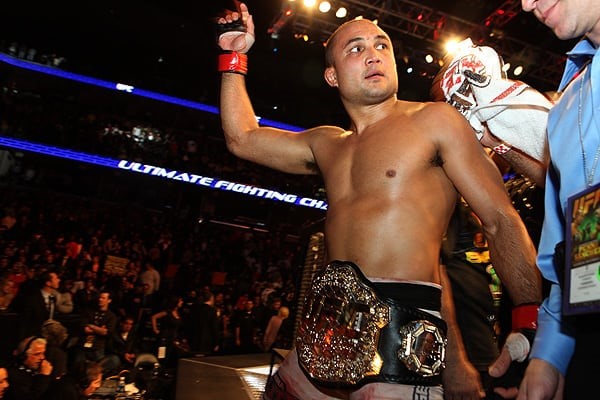 B.J. Penn was one of the first complete fighters the UFC had ever seen. Having no prior experience, he arrived in 2001 and showcased a game that both had knockout power and excellent submissions skills. Penn earned the nickname “The Prodigy” after he earned his BJJ black belt in a blazing three years only.

Penn was the first American gold medalist in the World Jiu-Jitsu Championships before coming over to the UFC. In the UFC, he is one of only five fighters to win world titles in two different weight classes. Penn also competed in four MMA weight classes over the course of his legendary career: featherweight, lightweight, welterweight and middleweight.

B.J. Penn was an icon of the sport. He took one one challenge after another without the fear of losing a fight. He won the lightweight title, broke the most successful title defenses record and then moved up in weight to stun longtime champion Matt Hughes to become a two weight division champion. 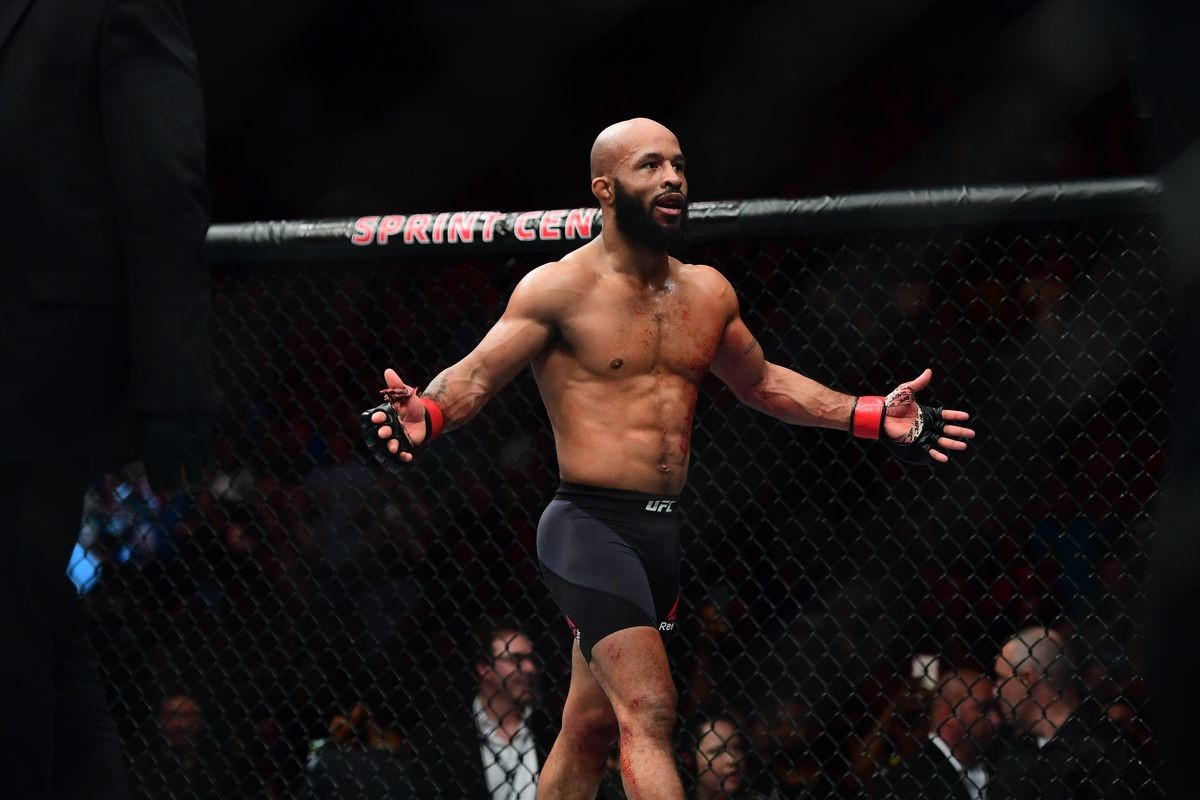 They say big things come in small packages and that’s what describes Demetrious Johnson inside the cage. Known as Mighty Mouse, Johnson is known for his cat-like reflexes, quick striking and elusive movement.

Johnson was the inaugural UFC flyweight champion, having won the UFC flyweight tournament in 2012. He would then go on to establish the most dominant reign of any champion in UFC history, defending the belt for a record 11 straight times. Widely regarded as one of the greatest ever and the best flyweight ever, Mighty Mouse was one of the top pound for pound fighters during his reign. 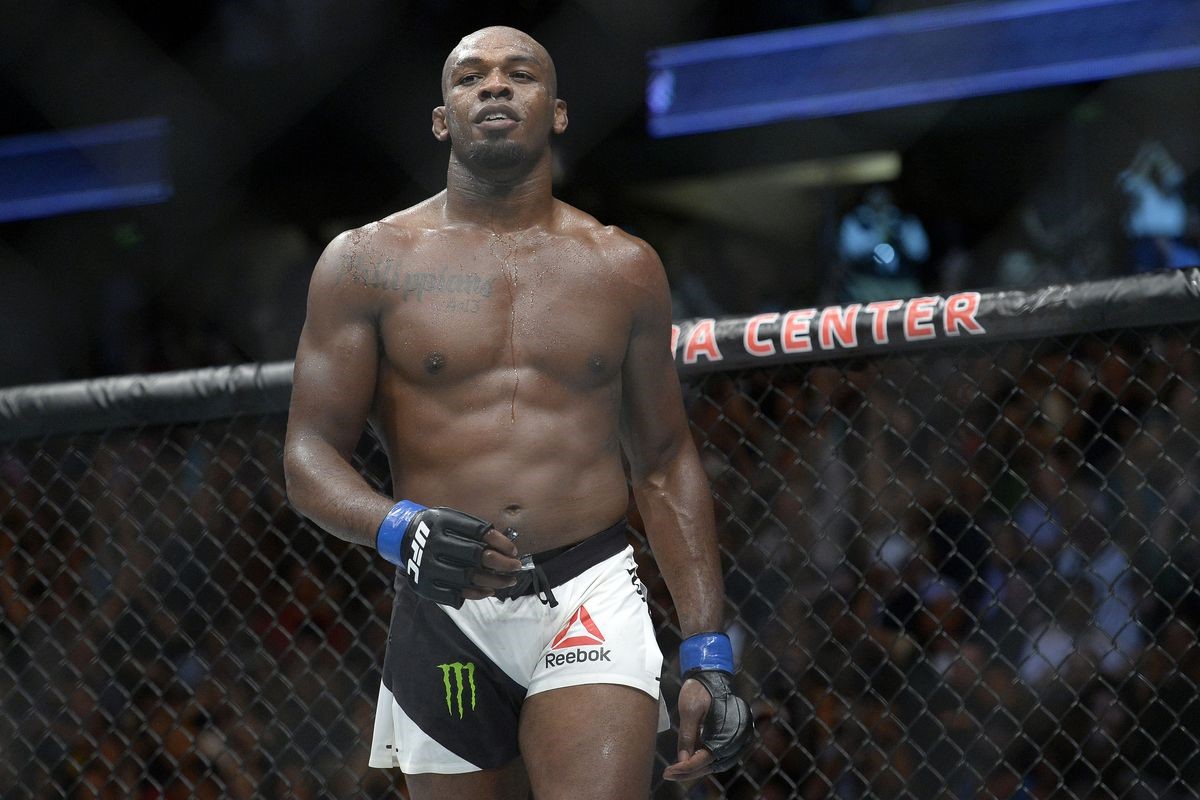 Take away all the controversies, the legal woes, the failed drug tests and all, this man is probably the greatest of all time. We can only imagine what would have been had he not spent all those time away from the octagon because on one reason or another.

Jon Jones is the youngest fighter to ever win a UFC world title. He did so at the age of 23 years. He is the older brother of current NFL player Chandler Jones and is a two-time light heavyweight champion. Jones has one loss in his fight record but that was a disqualification against Matt Hamill in 2009 when Jones threw illegal elbows. Other than that, Jones has been spotless and save for his bout with Alexander Gustafsson at UFC 165, no one has come close to challenging Jones.

Jones defeated current UFC double champion Daniel Cormier twice, beating DC by a wide decision in their first bout and knocking him out soundly in their second encounter. But Jones’ legacy has been tainted by drug issues and legal woes. Still, no one can deny that he is one of the best fighter the UFC has ever seen. 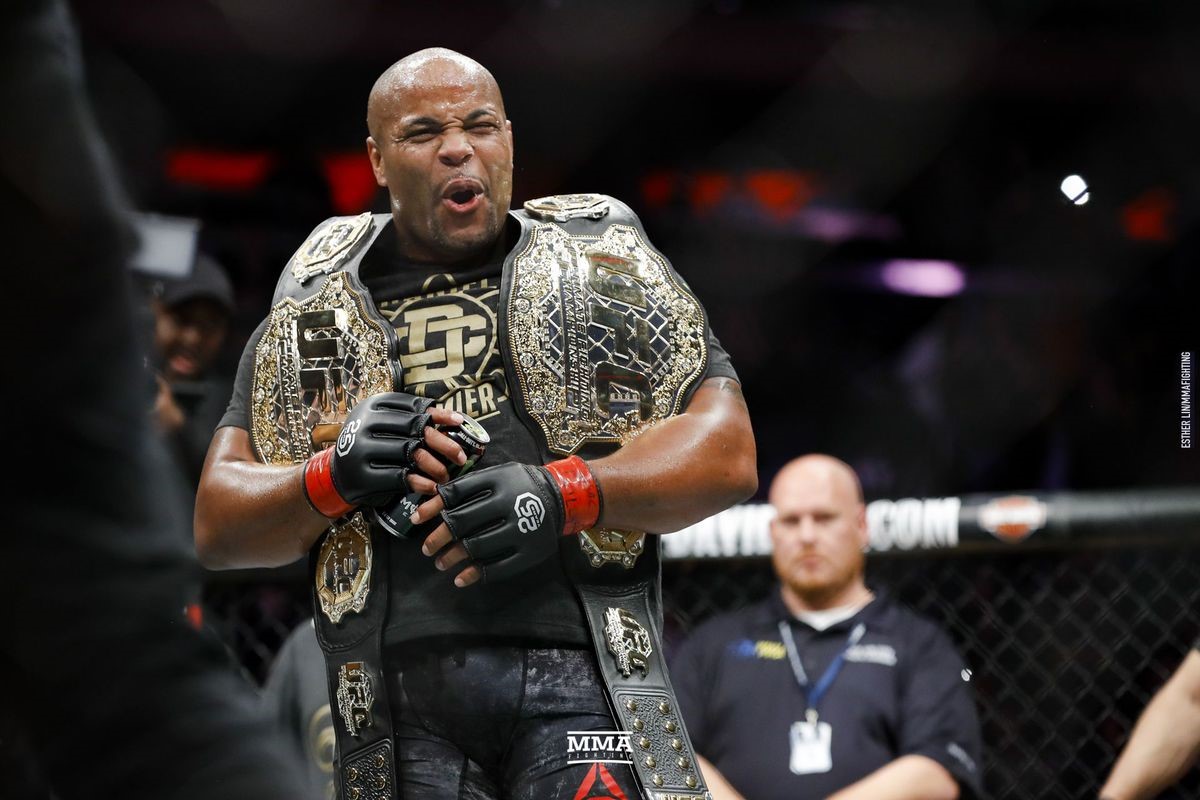 The UFC’s double champ may have lost twice to Jon Jones but hands down, he ranks one spot ahead of Jones in the All-time great list. The 39 year old Cormier is on his way to retirement and with one more fight left in his career, he has proven to be better than most had expected.

Cormier won a pair of light heavyweight titles but the first was for the vacant belt after Jon Jones was first stripped and the other was reinstated after Jones failed a drug test. Because of this, DC never got the respect he had as 205 pound champion, because he never beat the man who beat the man. But after knocking out Stipe Miocic to win the UFC heavyweight title, Cormier suddenly finds himself among the all-time greats.

Cormier is one of five fighters to win world titles in two different weight classes. But he is the only fighter in UFC history to have successfully defended both. Cormier will be stripped of the 205 pound belt once the Jones-Gus rematch starts. Regardless, DC has put a stamp on a remarkable run. 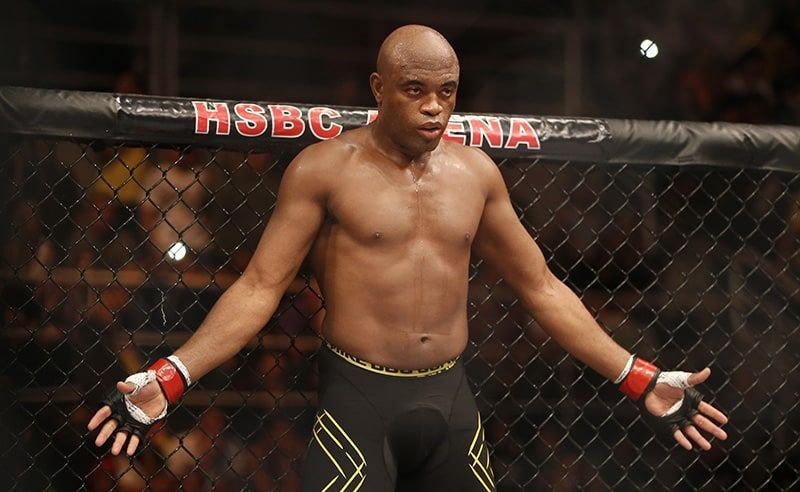 Many call Anderson Silva the Greatest of All-Time and we don’t blame them. The Spider reigned as UFC middleweight champion from 2006 to 2013, a period that totalled 2,457 days and is the longest title reign ever in the UFC. During that period, Silva won a record 16 consecutive UFC bouts.

Like many Brazilians, Silva has been linked with drug use and he has been suspended for it. Still, nobody would argue that at a time when Conor McGregor wasn’t even fighting yet, Silva was the showman that McGregor would become. No doubt, one of the greatest ever, the UFC wouldn’t be what it is today without Anderson Silva. 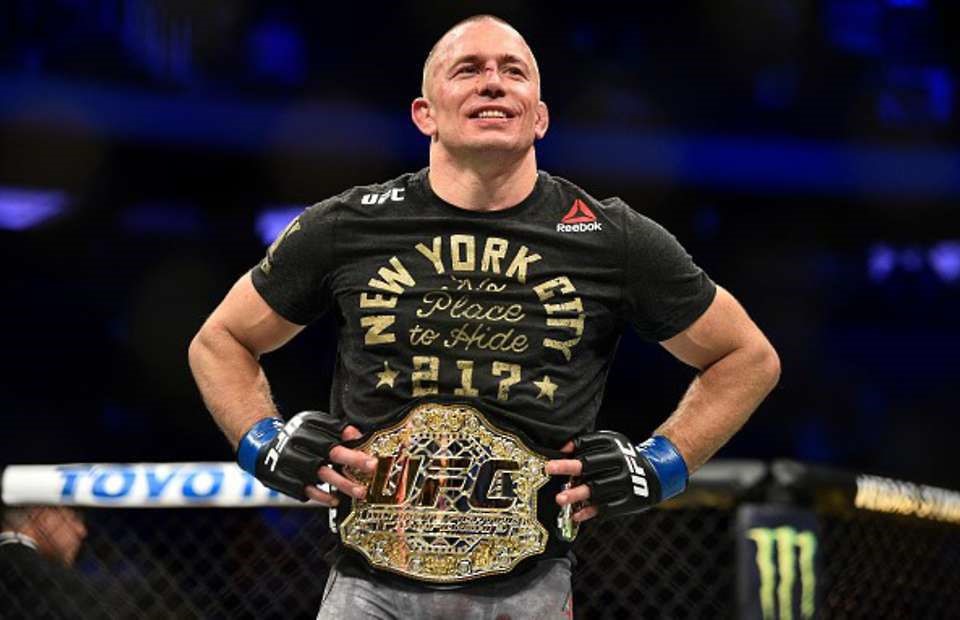 Some call his style boring but that’s just how dominant Georges St. Pierre has always been all throughout his mixed martial arts career. GSP wouldn’t need any spectacular knockouts nor fancy submissions. He would just put his opponents down on the ground and grind them to victory. Boring or not, GSP is no doubt the greatest.

His Canadian fan base made him the UFC’s biggest PPV star ever, before McGregor came along. As a welterweight champion, GSP held the title for a combined 2,204 days, second longest combined streak in UFC history. He also defended the UFC welterweight title 9 times. After a retirement, he returned at UFC 217 to defeat Michael Bisping and become the fourth double champion in UFC history. He is currently on hiatus.

St. Pierre has one of the highest winning percentages in UFC history, winning 20 of 22 bouts and having beaten every opponent he’s ever faced. He has two losses in his record but he avenged both in spectacular fashion. It’s unclear whether GSP will ever fight again but no doubt whatever he accomplishes further will only be more icing on the cake.