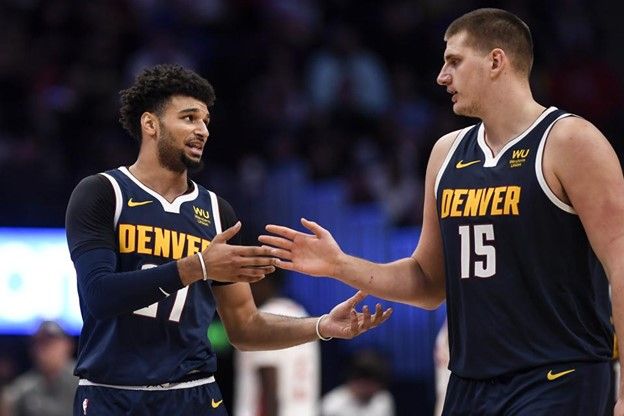 It’s a hectic time in the world of sports betting right now. The playoffs are in full force, with betting on NHL matchups and NBA games being a daily opportunity for the next month or so.

Some bettors thrive with this much action being readily available. Others, however, suffer from “information overload.” It causes them to lose focus and in-turn, lose more than they win.

Welp, we’re here to help! We wanted to point out several bets that should definitely get your attention. As always, due your own due diligence, but for us, we’re not letting these wagering opportunities get past us:

At most bookmakers, the Nuggets are currently the underdog to win its first-round series against Portland. Mind you, Denver is the third seed and won the fifth-most games in the league this season. It’s rare to see a sixth seed, which the Trail Blazers are in this case, favored to win straight up.

More than anything, this unfolded because the Nuggets are without its scoring pedigree, Jamal Murray, who is injured for the rest of the year. But despite that, we like Denver’s chances. Look, as good as Murray is, you can’t overlook the Nuggets went 13-5 without him.

Plus, Denver is led by Nikola Jokic, not Murray. And Jokic is on the cusp on being named the league’s MVP this year. This series could come down to which team’s superstar — Jokic for the Nuggets, Dame Lillard for the Blazers — shines brighter. Our money is on the NBA MVP, especially at plus odds like Denver is at most bookies.

Few postseasons are as wildly unpredictable as the NHL, which makes this futures bet all the more difficult AND lucrative (if won). Across the board, you can get quality teams at steep betting prices. For instance, Colorado is the favorite at most betting sites, with lines starting around +300.

When it comes to this wager, we’re spreading our money around the place. Thanks to the plus-money odds all around, you only need to hit one to make up for the losers and then some. At minimum, you should be betting on three or four teams.

Those three for us are the aforementioned Avalanche, Golden Knights, and the Lightning. The first two teams are Western Conference foes that will likely collide in the second round. We don’t know who wins, but heck, whoever does survive can run the table from there on out.

To balance that bet out, you have to pick an Eastern Conference team, as well. For us, that’s the defending champions, Tampa. While it was tempting to pick Toronto, we just don’t know if that team has the “clutch gene” like the Lightning have already proven to possess.

"LA Clippers" by thesportrush is licensed under CC BY 3.0

It feels like the West will be won in LA. Both the Lakers and Clippers are co-favorites to advance to the NBA Finals — and for good reason given their collective starpower.

If the Lakers were healthy and in-sync, we’d wager with them. But they’re not and the playoffs isn’t the time or place to “flip the switch.” We have to remember that the Lake Show only had six weeks off between winning the NBA title last year and starting the new season. That’s wrecked its entire season and will continue to do so.

The Lakers injuries and fatigue open the door for the Clippers. At the end of the day, superstars win championships and it’s big two of Kawhi Leonard and Paul George are the healthiest, most disruptive one-two punch in the conference (sorry LeBron and AD).

Not only that, but the Clippers are the best three-point shooting team. Period. During the regular season, they shot 41.4 percent from beyond the arc — an entire 2.2 percent better than the next-best team (Nets).

Between its superstar tandem, its streaky shooting, and experience level (Leonard, Rajon Rondo, Serge Ibake all have big-game experience), it's the Clippers conference to lose without a healthy Lakers.

Welp, those are three bets we’re making right now. So what are you doing — fading us or tailing us?