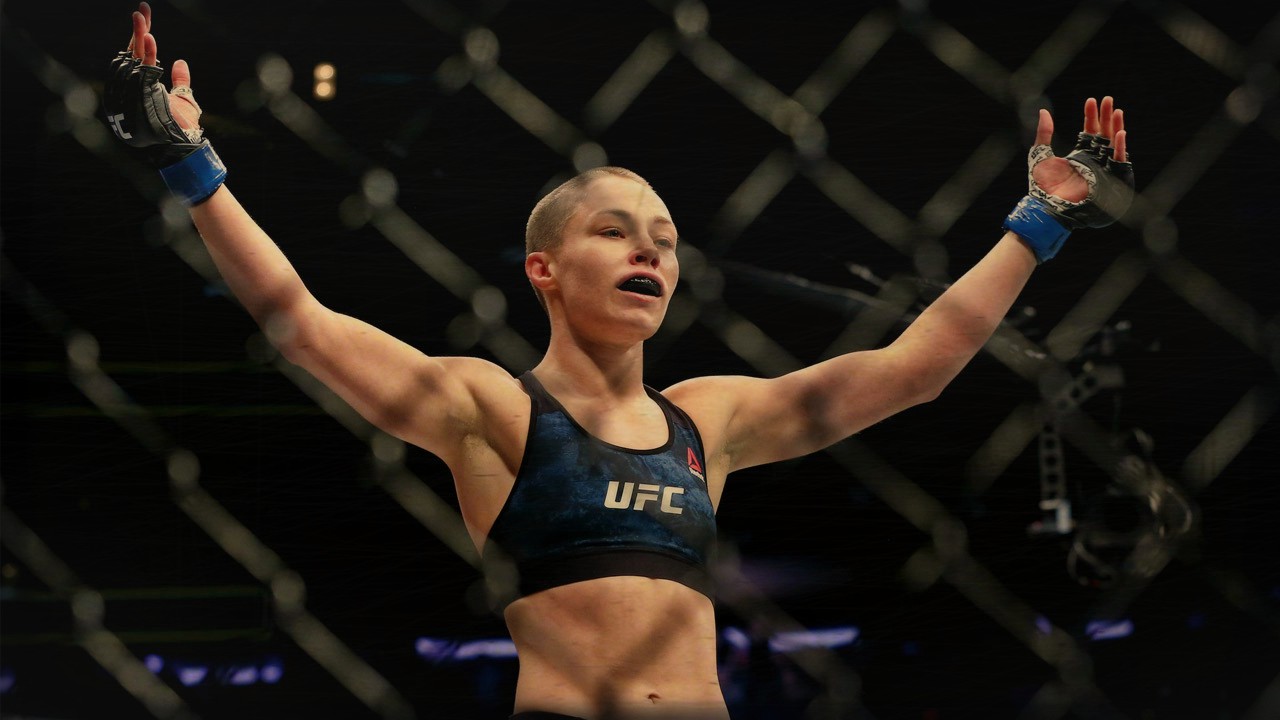 Thug Rose Proves She Is No Fluke

Despite ending the reign of one of the most dominant female UFC champions of all-time, Rose Namajunas had plenty of doubters.

Some of them said that she got lucky when she stunned Joanna Jedrzejczyk via first round knockout last November. Others pointed to Jedrzejczyk being overconfident and taking Thug Rose lightly. Even Joanna herself blamed her weight cut as the main reason for her losing effort at UFC 217. And so when the pair was booked to an immediate rematch at UFC 223, Namajunas’ critics said that Jedrzejczyk would easily win her title back. They were so wrong, again.

Namajunas outpointed Jedrzejczyk to retain the UFC women’s strawweight title at the co-main event of UFC 223 on Saturday night. Thug Rose won via unanimous decision, with scores of 49-46 across all judges’ scorecards. The scores were a little off considering the fight was close. But there was no doubt who is champion. 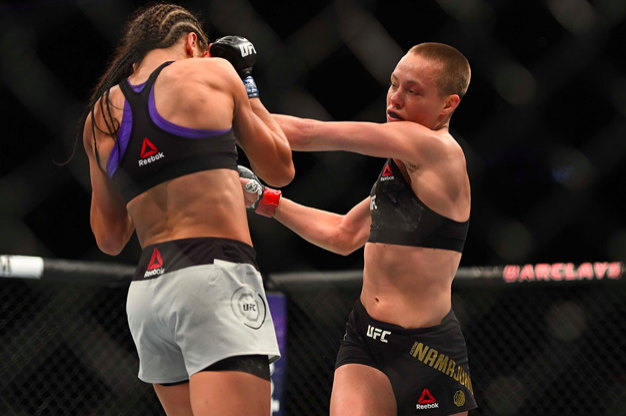 Thug Rose opened strong. She picked apart Jedrzejczyk early in the fight with excellent movement and a consistent left hook. The former champion came strong in the middle rounds. When she could not set up her offense with her stiff jab, she used her leg kicks to jumpstart a rally. But just as many thought that the tide had turned, Namajunas closed out the show.

The Champion busted Jedrzejczyk’s nose in the fifth round with a deadly combination. At one point, she stunned Joanna with a lead uppercut that snapped the former champ’s head back. And for good measure, Namajunas scored her first takedown with 25 seconds left in the fight.

Jedrzejczyk was disappointed when the verdict was read by Bruce Buffer. After all, she out landed Namajunas 160-108 in total strikes and 145-105 in significant strikes landed. But Jedrzejczyk’s advantage came from leg kicks. She connected on a total of 54 leg kicks as compared to Namajunas’ 5.

Just like in boxing, point scoring doesn’t decide fights because a bout is scored per round. And in the eyes of the public, Namajunas won at least three- the first two rounds and the final round. The judges gave her four of five and while that may have been too generous, there was no doubt who the better fighter was. 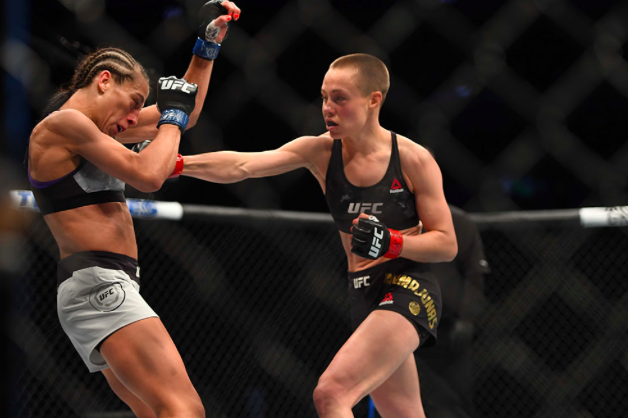 Thug Rose landed the more telling blows. Her punches inflicted more damage. She had Jedrzejczyk’s nose bleeding and he right eye shut closed at the end of the fight. Sure, Joanna punished Rose’s right leg with vicious leg kicks. But while it slowed her down in the middle rounds, it didn’t stop her from finishing strong.

“I’m sorry I wasn’t as technical this time,” Namajunas said. “I was feeling a little heavy this time, but it was good.”

It wasn’t just good, it was just as impressive as he first victory. Namajunas outstruck a world champion kickboxer and one of the best female strikers in MMA. She did so on the highest stage and in defense of her world title. And to think that some even though she would not make it to fight night.

Namajunas was among the fighters in the chartered bus that Conc McGregor attacked on Thursday. While she was not physically injured in the incident, Namajunas was badly shaken up. After the incident, she was asked to stay in the arena and talk to police. However, she decided to leave and walk back to her hotel where she was personally consoled by UFC President Dana White.

On Saturday night though, she showed no signs of fear or whatsoever. Thug Rose was calm and collected when she faced off with the woman she won the belt from last November 2017. And while Jedrzejczyk was taunting her last November, Joanna was all respect for Rose this time around.

What The Future Holds 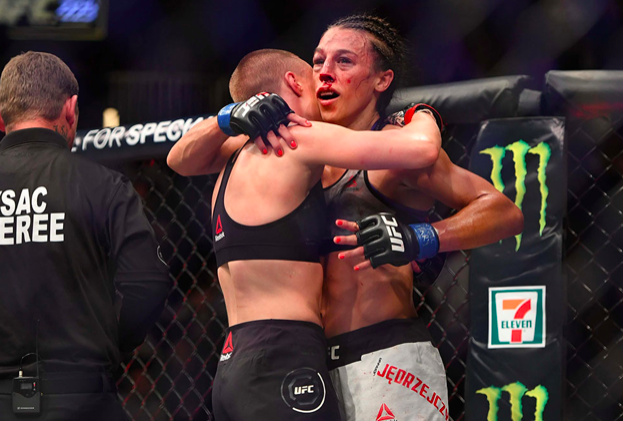 Prior to her loss to Namajunas last November, Joanna Jedrzejczyk was one win away from tying Ronda Rousey’s record for most successful title defenses at six. But on the heels of her second consecutive loss after 14 straight wins, Jedrzejczyk must seriously think about her future.

One decision could be to move up in weight class because even if she didn’t really have the same trouble this time around, everybody knows that her body is now having a difficult time making weight. Problem or not, if the effort she puts on her weight loss can be put on extra training, that would be a different story.

But moving up in weight class may not be the solution because weight may not have been the only problem here. Namajunas may be the kryptonite to Jedrzejczyk, a stylistic match-up that she can’t deal with. Also, we may have seen Namajunas start to hit her prime. She is only 25 but she may be beginning to reach her athletic peak. But while Joanna has a long break to think over her future, Namajunas only has big fights ahead of her.

The list of possible opponents include Klaudia Kowalkiewicz, Jessica Andrade and Claudia Gadelha. On top of that list should be the 32 year old Kowalkiewicz who is Jedrzejczyk’s compatriot. Not only did the Polish fighter win her UFC 223 assignment against Felice Herrig, she was also the last fighter to beat Thug Rose via split decision at UFC 201. Surely, Namajunas wants that win back.