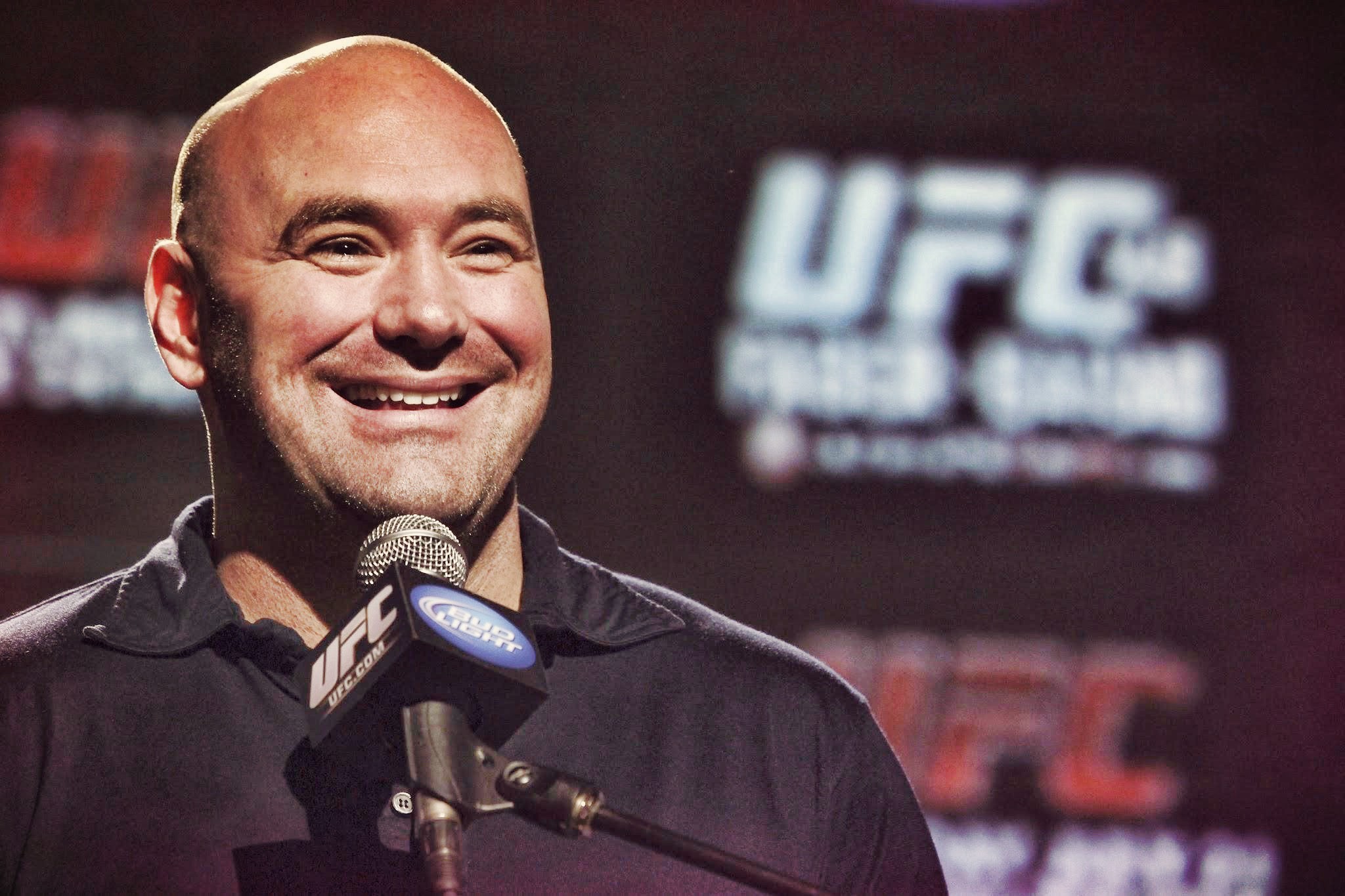 Time For Dana White And The UFC To Press The Reset Button?

In October 2016, White told reporters that C.M. Punk will probably not fight again in the UFC after Punk suffered a one sided loss to Mickey Gall during his UFC debut at UFC 203. Although White never made a definitive stance on that, it was widely presumed that Punk was a one and one story.

But in a rather surprising move, Dana White now says that C.M. Punk will get another shot at his UFC career: 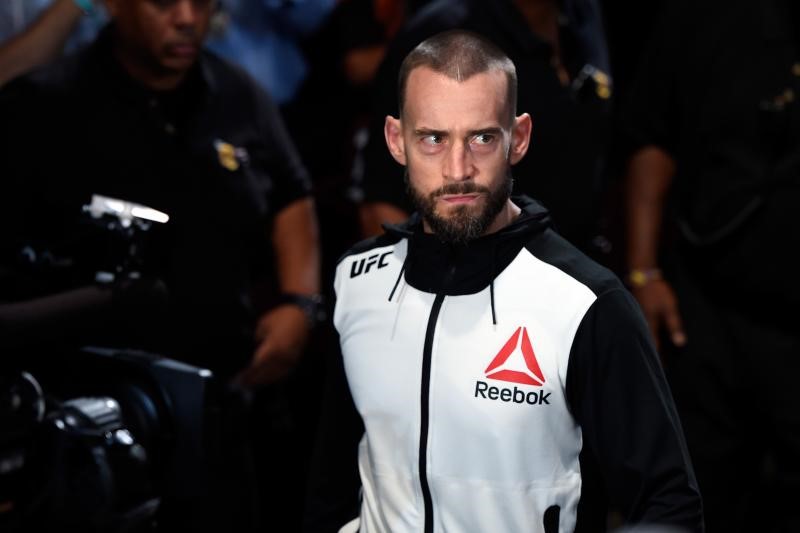 Okay, so we’re used to Dana White doing that. He says one thing today and tells another tomorrow. Don’t expect him to mean everything he says because well, he’s Dana White and he’s full of white lies. The change of heart on CM Punk though is something that most of us can perfectly understand.

As he says in his statement, Punk is ‘a completely different case than most normal human beings’. That’s correct. While Punk may not possess the skills of the average UFC fighter, he possesses something that currently, only Conor McGregor has: the drawing power. As a former superstar ( one of the biggest stars ever ) in professional wrestling, Punk has a strong cult following. Of course, fans translate to ticket sales, merchandise sales, gate receipts and more importantly, pay per view buys. 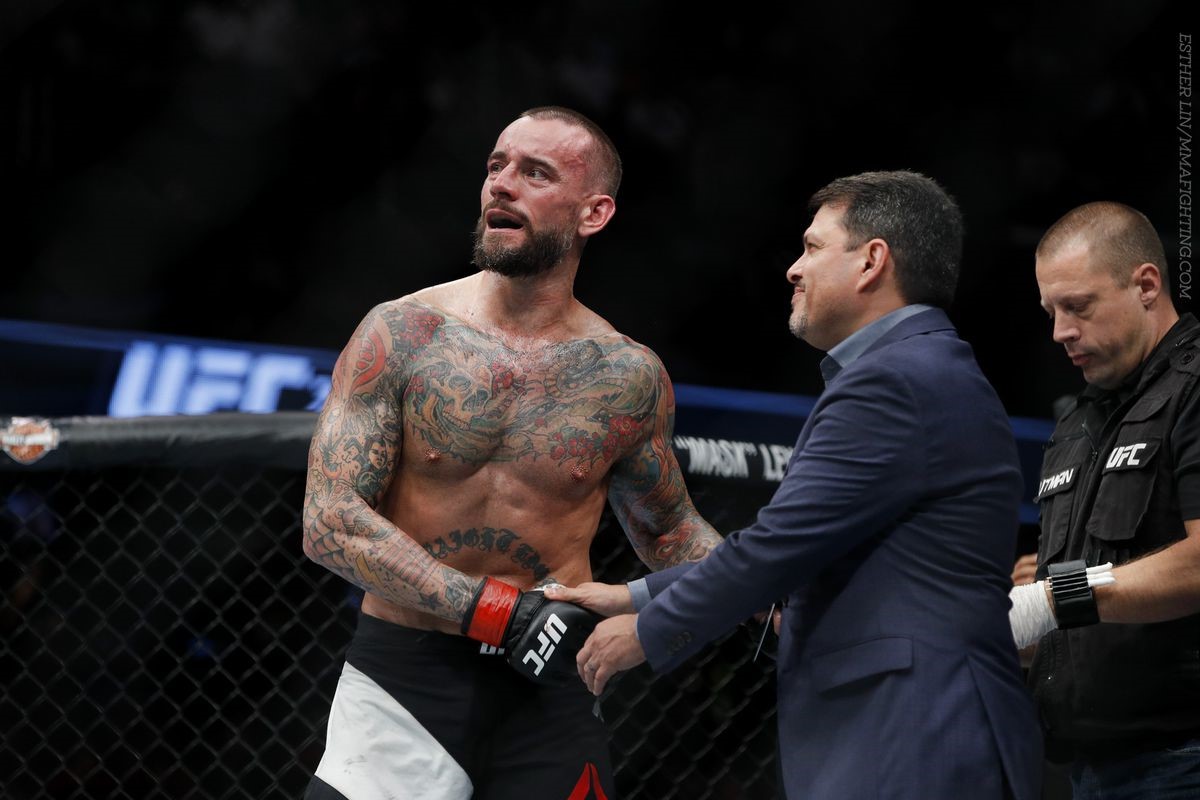 In Punk’s UFC debut, he didn’t just boost the UFC’s revenues, Forbes reported that he ‘more than doubled’ the event’s PPV buys. Before the event, experts were looking at a 250K-300K buy rate for UFC 203. But after the unofficial tally, 203 did 475K buys. Sure, it may not have actually doubled the expected PPV buy rate, but the point is that Punk has the elite drawing power that not even most UFC champions have.

Pettis vs Dos Anjos drew just 310K buys at UFC 185. Mighty Mouse Johnson did worse in the next event, capturing a measly 125K buys at UFC 186. Daniel Cormier’s title fight with Rumble Johnson at UFC 187 fetched only 375K buys. Cain Velasquez vs Fabricio Werdum did just 300K at UFC 188. Stipe Miocic’s title winning performance against Fabricio Werdum at UFC 198? It only had 217K pay per view buys. The list goes on.

In other words, while CM Punk may not have similar PPV numbers as Conor McGregor, Ronda Rousey or Brock Lesnar, he may be the UFC’s best draw outside of the three. The problem for the UFC is that Lesnar is currently on a drug related suspension and may never fight again. Ronda Rousey has retired and may be joining Punk’s former employers at the World Wrestling Entertainment. Conor McGregor? He isn’t retired yet but he isn’t in a hurry to fight again either. 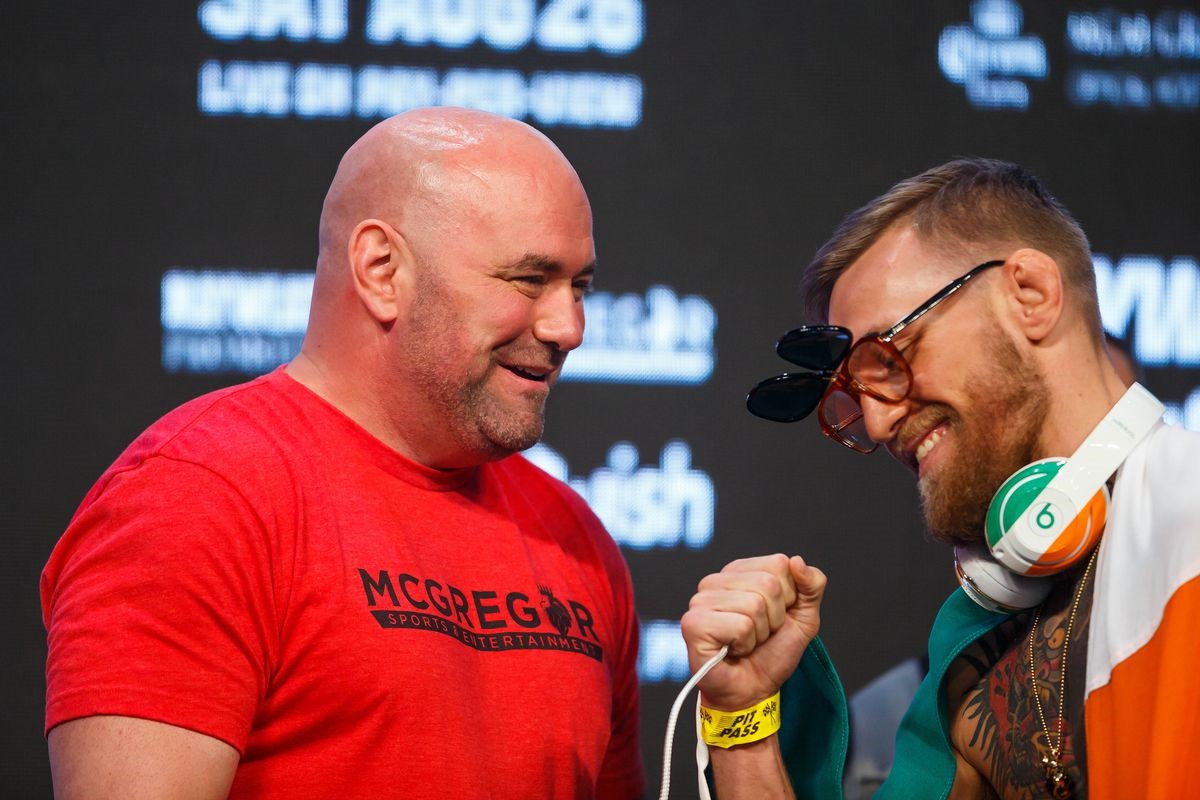 McGregor is without question, the UFC’s top cash cow today. The Irishman’s UFC 202 rematch against Nate Diaz currently sits as the top PPV event of all-time with a gargantuan 1.6M PPV buys. He also holds three of the next four highest PPV top grossers in UFC history. But while the UFC would love to let the Irishman headline an event soon ( even soonest ), the Notorious One won’t be easy to put inside the octagon again.

On August 26, 2017, McGregor ventured outside the UFC and fought boxing great Floyd Mayweather Jr. in a twelve round boxing match. McGregor lost the fight via 11th round technical knockout but he earned a huge bounty off that boxing experiment. The Notorious One made a guaranteed $30M in fight purse but after the PPV buys, gate receipts, merchandise sales, sponsorship revenues, that figure would certainly shoot up. Considering the bout did 4.3M PPV buys, McGregor said that his total earnings for that fight alone could be in the ballpark of a hundred million dollars.

McGregor recently had his first son born and with daddy having plenty of money to spend, McGregor currently prefers to put on baby diapers rather than four once gloves. Having said that, Dana White and UFC are not at the mercy of Conor McGregor. And not only is this because McGregor is now very rich but he may become more expensive to book again, knowing that his drawing power has probably even increased.

Looking For A Star 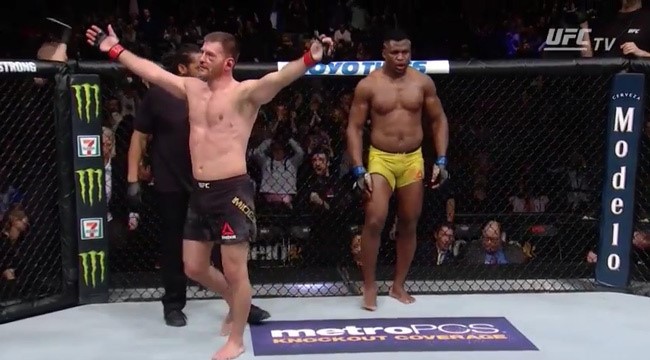 The McGregor dilemma has left White beginning an unofficial search for his next big PPV star. The UFC President thought he found his next big star in the literally big Cameroonian heavyweight Francis Ngannou. Ngannou reminds you of Brock Lesnar - a scary big dude who has a huge punch. No, Ngannou doesn’t just have a huge punch. He owns the record for highest punching power ever recorded at 129,161 units.

Like McGregor, Ngannou took the UFC by storm. He knocked out one opponent after another and did so in brutal fashion. Ngannou won his first six UFC bouts, all by stoppage. His dominance resembled Ronda Rousey’s during the latter’s title run. Before UFC 220, Ngannou’s last four fights ended in the first round with no opponent lasting more than 102 seconds with him inside the Octagon.

Following Ngannou’s annihilation of Alistair Overeem at UFC 218, the Cameroonian-French fighter was hyped as the UFC’s next big thing. Because he had risen in the ranks, he was booked a title fight against the current UFC heavyweight champion Stipe Miocic. In the lead up to the bout, Ngannou was heavily promoted, perhaps even more than Miocic himself. He was cast as the favorite and was advertised to be ‘destined’ to win the title. That did not happen. It wasn’t even close. 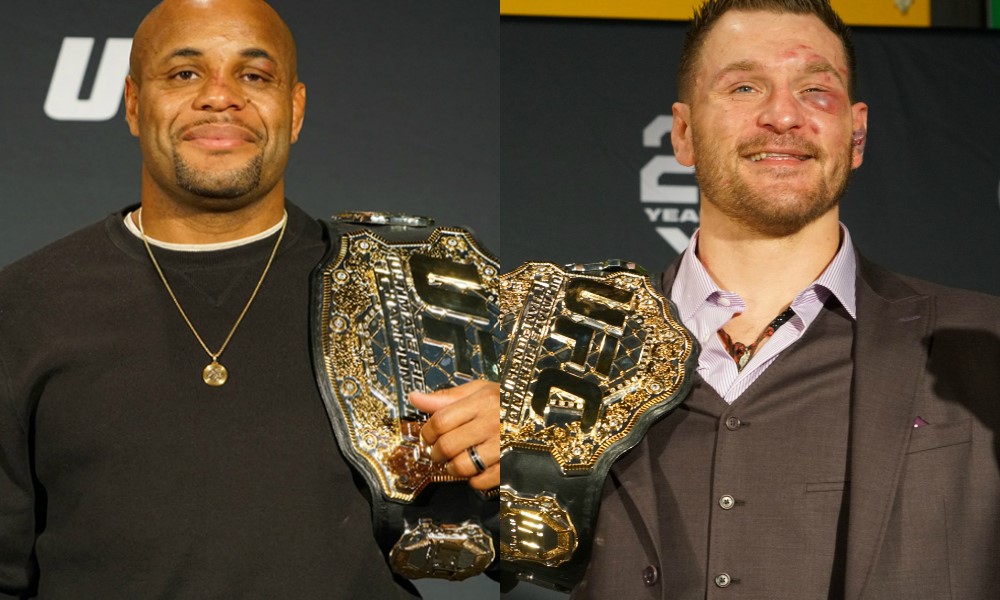 Following Ngannou’s loss, White turned his attention to a super fight between Miocic and light heavyweight champion Daniel Cormier. Cormier fought in the undercard of UFC 220 and was impressive in his destruction of Volkan Oezdemir. But Cormier quickly shut down those talks after announcing that he has no desire to return to heavyweight and that he intends to retire in March 2019.

With the potential heavyweight super fight off the books, White is now turning his attention to C.M. Punk. He knows that Punk badly wants another fight and he knows that Punk’s wrestling fans are eager to see their idol fight again. Sure, we’ve got to admire Punk’s determination to fulfill his dream. But this isn’t about dreams and the like. It’s about the UFC needing one big homerun.

The UFC had an all-time high in 2016 but following McGregor’s historic triumph at UFC 205, it has been one bad thing after another. Ronda Rousey returned for the last event of 2016 but retired after getting beaten by Amanda Nunes. Brock Lesnar officially announced his retirement from MMA. McGregor took a leave of absence because of his son’s birth and then went on to fight Mayweather instead of returning to the UFC. Jon Jones made a triumphant return, only to be suspended because of a failed drug test. And now, Ngannou got derailed by Miocic. 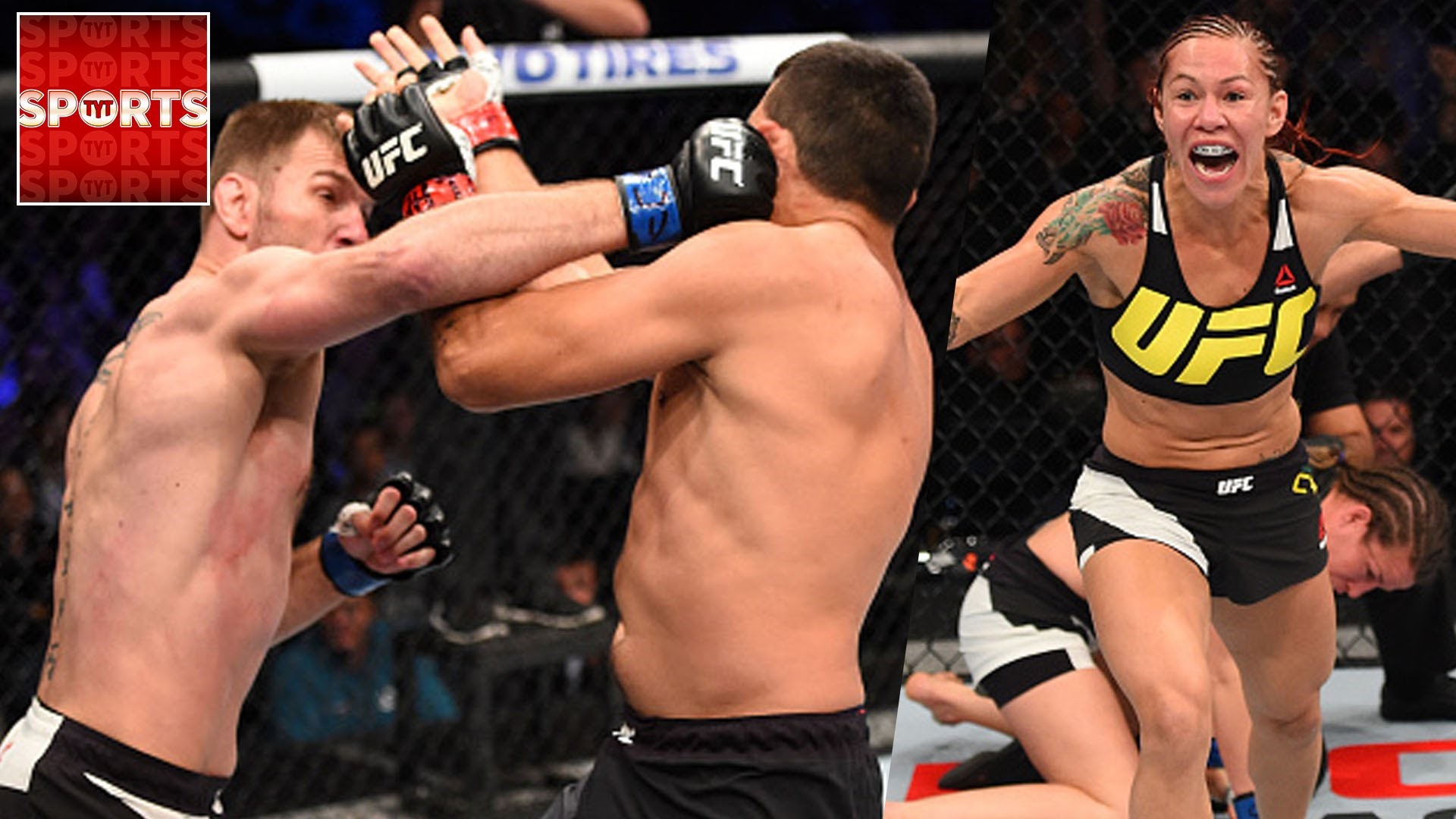 The UFC made its mark in the fighting world with competitive matchmaking and a ranking system that determined championship fights. The promotion made fighters earn their way to the top by putting on strong performances and climbing the rankings ladder. Not anymore.

We saw McGregor win the UFC featherweight belt only to relinquish it after not defending the belt even once. We saw McGregor win the UFC lightweight title despite being unranked at that weight class for the simple reason that he never fought there before. As with the featherweight title, McGregor hasn’t defended the lightweight belt once and has held it hostage since winning it from Eddie Alvarez.

Look it’s not about McGregor. He is after all, good for the sport and good for everyone who fights in that sport. But it’s perhaps time that the UFC puts it financial muscle where the real resources are. There is Stipe Miocic who recently became the first fighter to defend the heavyweight belt three straight times. Then there is Cris Cyborg who is dominating the women’s side of MMA like no one we’ve ever seen before. They may not sell like McGregor or Rousey, but they are the pride of the sport. 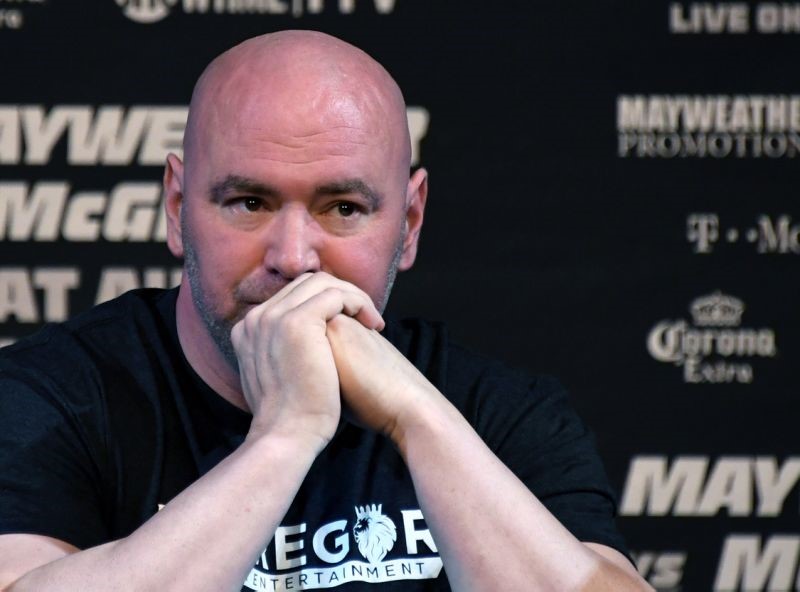 Perhaps it’s time that Dana White and the UFC press the reset button. It’s time not only to give full promotion to champions like Miocic and Cyborg but maybe it is also time to return to what made fans love the UFC more than boxing.

At the time when alphabet boxing bodies sprung out here and there, the UFC held tournaments that determined champions. The gladiator-like feel coupled with the performance based title fights made it very appealing to the audience that were drawn away from boxing because of too many belts and too many champions. But just as boxing was drawn to commercialism, so was mixed martial arts.

We know the bottomline is money. Afterall, the new owners forked out $4B to buy the UFC. But maybe if the UFC goes back to its basics and forget about creating hype jobs, then maybe the PPV numbers will return. Remember that before Lesnar, McGregor and Rousey and even C.M. Punk, the UFC was able to produce PPV stars from champions like Anderson Silva and Georges St. Pierre. Maybe it’s time they start giving credit where credit is due. And everything else will probably follow.