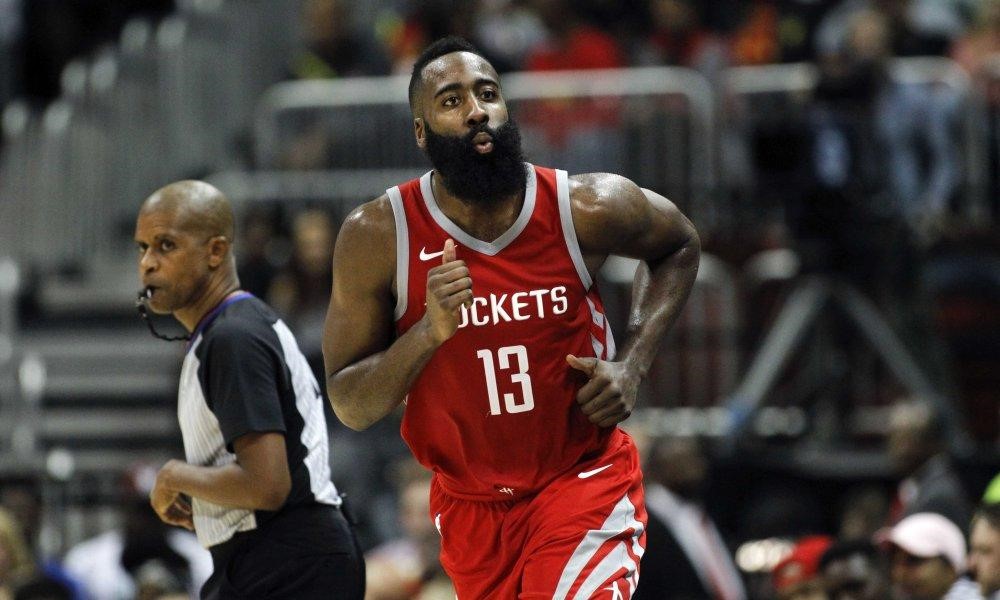 Fear the Beard used to be just a catchphrase attached to NBA superstar James Harden. Now it’s a warning that’s being served to the rest of the NBA. 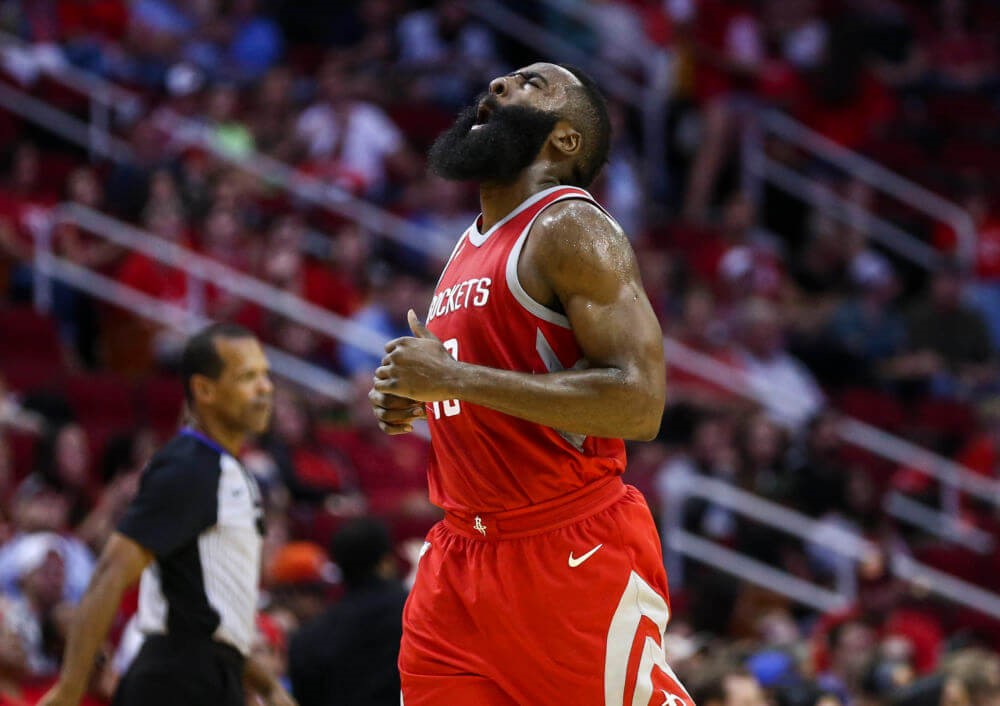 James Harden had a career year last season but the Bearded one is playing at an even higher level right now. At the quarter point of the 2017-18 season, Harden leads the league in both scoring and assists at 31.6 points per game and 9.9 assists per outing, respectively.

Not since Tiny Archibald did it during the 1972-73 NBA season that a player has led the league in both categories. Harden’s assists have led to an average of 24.2 points per game, giving him a total of 55.8 points per game produced ( scoring plus assists ). That total is just one point shy of the NBA record which Archibald owns.

"Last year, I thought he was unbelievable," Rockets coach Mike D'Antoni said. "I don't know what he is this year. He's gone up another level.”

He’s definitely gone up to a different level in the month of November. Thru 9 games played, Harden has averaged 36.7 points, 10.4 assists, 4.8 rebounds and 1.7 steals per game. He’s also shooting the ball at 472 from the field and .445 from beyond. During this period, Harden has made an astounding 5.4 three pointers per game. 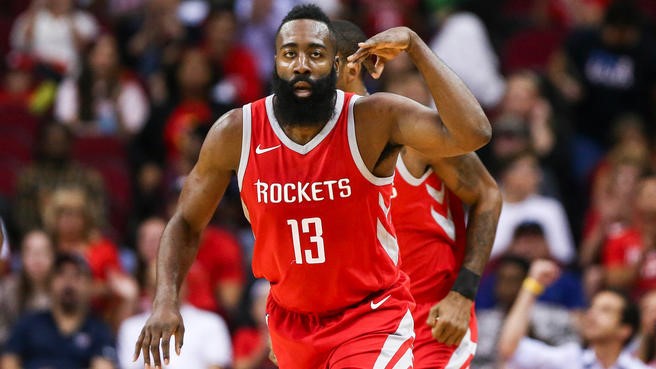 Last November 5, Harden scored a career high 56 points against the Utah Jazz. While scoring that many points is impressive ( it was the 2nd highest individual scoring game in Rockets history ), what makes Harden’s milestone even more stunning is the efficiency that he played that game with.

The Beard shot a remarkable 19-25 from the field (.726) and 7-8 from the three point area ( .875 ), making him the first player since Michael Jordan in 1996 to hit at least 75% of his shots while scoring at least 50 points in a game. He also added 13 assists, 2 rebounds and 2 steals in only just 35 minutes of playing time. That would’ve easily been a 60 point night had D’Antoni wanted to push the envelope further that night.

Five games later, Harden dropped 48 points in another efficient domination of the hapless Phoenix Suns. Again, Harden played just 35 minutes in that game ( easily would’ve been his second 50 point game this season ) and he shot 6-11 from beyond the arc. In the first nine games of November, Harden hasn’t scored below 26 points in a game and has topped the 30 point scoring barrier a total of six times during this period. 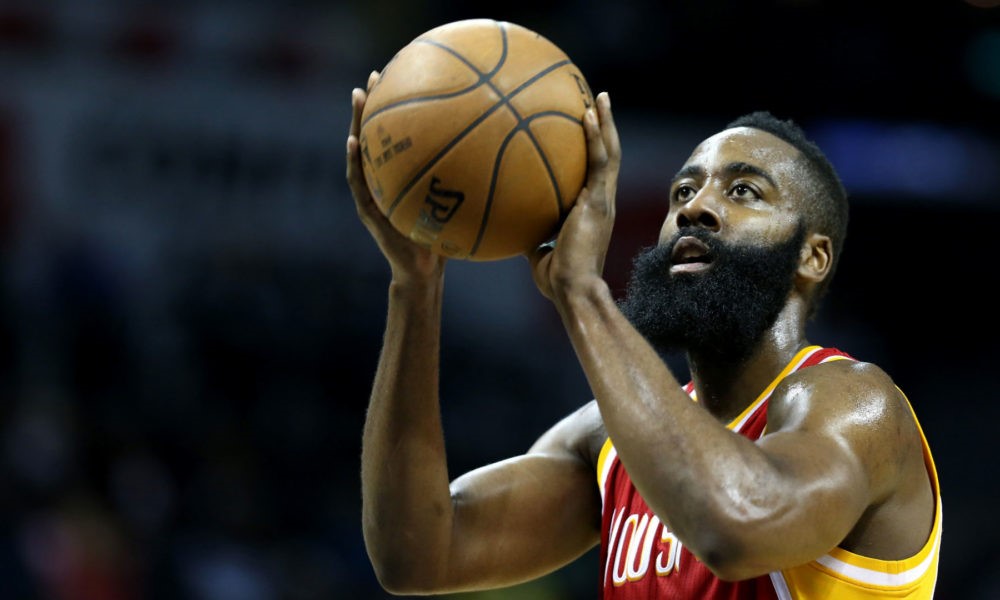 As he is shooting remarkably well from the field and from the three point area, Harden is also making a living from the foul line. Harden leads the league in free throws attempted and made per game at 9.5 and 8.2 respectively. He’s been to the free throw line at least 10 times per game in four of his first five full seasons in Houston and he’s making them count.

The Beard has never shot below 84.7% from the charity lines-career-high-56-lead-rockets-past-jazz-137-110/107393576/) during his stint with the Rockets.This season, that number is at 86.4% which is easily among the best for players who go to the free throw line as much as he does. Harden’s shooting at an even better 89.6% this month and has just set a record for most consecutive free throws made in a two game span at 37. His free throw shooting streak is now ( as of 11/21 ) 48 and is chasing another piece of history.

In 1993, the Minnesota Timerwolves’ Micheal ( not wrong spelling ) Williams made a record 93 straight free throws over a 19 game period. While Harden is still halfway that mark, he’s done so in just 5 games, making his feat even more spectacular. From November 14-16, Harden set the record for most consecutive free throws made in a two-game period at 37. Beard shot 19-19 against the Raptors and then followed it up by making 18-18 against the Suns. 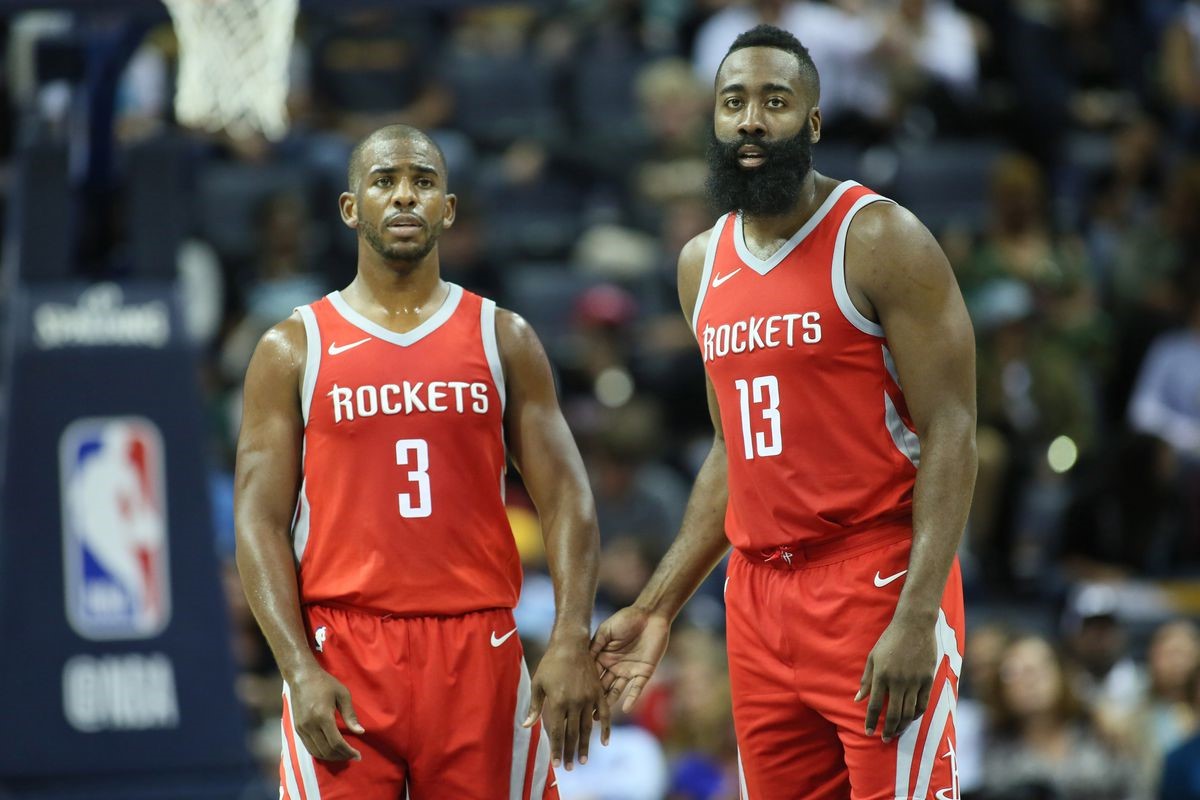 After starting the season with a modest 5-3 win-loss record, The Houston Rockets have lost just one game in the month of November ( so far ) and have moved into a tie with the defending champions Golden State Warriors for the best record in the ultra tough Western Conference at 13-4.

The Rockets have the third best record in the NBA in the last 10 games at 8-2, just behind the Celtics ( 10-0 ) and the Warriors ( 9-1). They are tied with Boston for the best road record in the league at 9-1 and are an impressive 7-2 against their Western Conference rivals. This despite Chris Paul playing just a total of three games this season.

After their season opening win over the Warriors, Paul missed 14 consecutive games with a knee problem. CP3 returned to action against the Suns on 11/16 and tallied 11 points and 10 assists during a Houston win. The Rockets made it back to back with Paul back by beating Grizzlies 105-83 on 11/18. 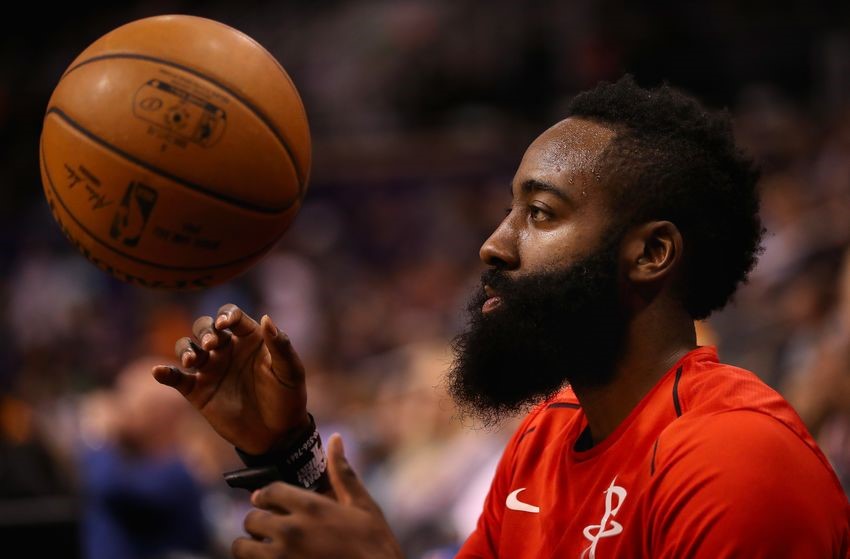 With Paul back, we can only expect the Rockets to get better. If the Rockets are already this good with Harden and Paul only playing four games together this season, you can just imagine how good they will be once they begin to play beautiful music together.

Paul and Harden are easily the best playmakers in the league today and when you put three point shooters like Eric Gordon, Trevor Ariza and Ryan Anderson around them, you’ve got a Splash Family out there every night. With Harden’s current offensive outburst, the Rockets have an offensive juggernaut that’s enough to compete with the Golden State Warriors.

A lot of people are talking about Giannis Antetokounmpo having an MVP season. But if you look out West, there’s an equally sensational performer who’s doing it on a top contender. What makes James Harden more impressive is that his team is winning and he’s doing it in the most efficient manner possible. Sure, you can’t deny that you have to Fear the Deer in Milwaukee. But yeah, everybody’s got to Fear The Beard the more, especially with Chris Paul now back in action.