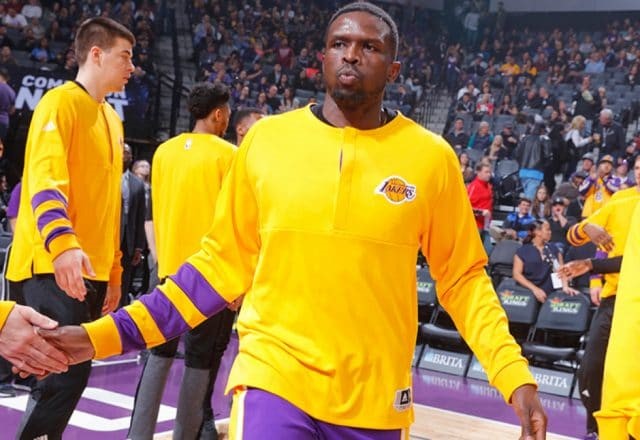 After adding Jimmy Butler and Taj Gibson to his Minnesota Timberwolves team, Wolves coach Tom Thibodeau added a third player from his former Chicago Bulls team when Minnesota signed Derrick Rose after last season’s trade deadline. On Monday, Thibs picked up a fourth member of his old team and added him to his current squad.

The Minnesota Timberwolves announced via Twitter that they have officially signed forward Luol Deng to a one year deal worth the veteran’s minimum pay of $2.4M. Deng was recently released by the Los Angeles Lakers after a contract buyout. The 33 year old former Duke Blue Devil played for Thibodeau when the latter was still head coach of the Chicago Bulls from 2010-2015.

Another One From The Bulls

Deng played his first 10 NBA season for the Bulls who traded for him after he was selected as the 7th overall pick in the 2004 NBA Draft by the Phoenix Suns. In one of the worst trades in Suns’ history, Phoenix got Jackson Vroman and a future pick for Deng. Vroman lasted only two seasons in the NBA while the future first round pick became the 21st pick of the 2005 NBA Draft which turned out to be Nate Robinson. Deng went on to play the best seasons of his NBA career in a Bulls uniform.

After his decade long stint in Chicago, Deng would move on to play for the Cleveland Cavaliers, Miami Heat before signing as a free agent with the Los Angeles Lakers in 2016. But after he was sparingly used by the Lakers in favor of the young guys, Deng became dispensable and was finally waived last month to make room for $38M in cap space for the 2019 free agency period.

No question that Deng was one of Thib’s mainstays in Chicago but that was a long time ago. Since leaving Chicago, Deng has appeared in just 235 out of a total 410 regular season games. During the 2017-18 NBA season, Deng appeared in just one game and played a total of 13 minutes all season long.

Actually, there were two other former Bulls players who played for Thibodeau in Minnesota last season and these were John Lucas III and Aaron Brooks. Lucas played a total of 51 games in two seasons for the Bulls from 2011 to 2012 while Brooks was in Chicago from 2014-2015. Lucas, Deng, Taj Gibson and Derrick Rose were part of the 2011 Bulls squad that won 62 games and finished #1 in the Eastern Conference standings during the 2011 NBA season. Despite having home court advantage in the East, the Bulls lost to the Miami Heat 1-4 in the 2011 Eastern Conference Finals.

Replicating His Successful Run In Chicago 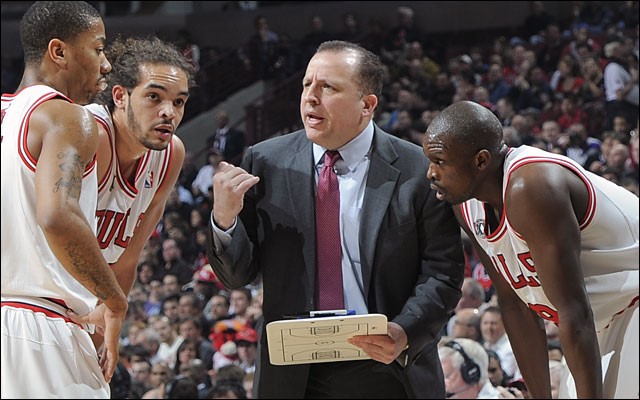 Also during the 2011 season, Derrick Rose became the youngest player to win the NBA’s MVP award and Thibodeau walked home with Coach of the Year honors for leading the Bulls back to prominence. Gar Forman was also named as NBA Executive of the Year along with Miami Heat President Pat Riley. Is Thibs aiming to replicate this successful run?

The following season, Chicago would draft Nikola Mirotic and Jimmy Butler with their two first round picks. Mirotic would opt to stay in Europe while Butler would later emerge as the team’s new franchise player after Rose suffered a series of knee injuries. However, Butler had a falling out with the Bulls and he ended up being traded to Minnesota in 2017.

For Deng, it’s another shot at NBA life after he was literally placed in the freezer by Luke Walton. Signing with the Wolves is a win-win situation for Deng as he will earn $2.4M on top of the $30.5M buyout price he will be paid by the Lakers. At the same time, Deng is hoping that he will be given the chance to prove that he can still play at the NBA level.

But while it’s good for Deng, the Wolves’ fans won’t see this in the same light With the NBA’s top contenders upgrading one after the other, the Wolves have added a veteran who may very well be over the hill and past his prime. I don’t see significant regular season advantage in this except that Deng could help mentor Andrew Wiggins and provide some leadership especially during the postseason, that is if they make it that far again this season.

Now that Thibodeau has four of his top Chicago Bulls players, many are asking is he is going for the last domino on that team and that is none other than former All-Star center Joakim Noah who is currently a lost soul in New York.

Like Luol Deng, Noah has been put in a freezer by the Knicks but unlike Deng, Noah is not without issues. He was suspended for violation of the NBA’s drug policy and has been a problem for Jeff Hornacek in the locker room. Not only that, he’s also had health issues and is currently owed $38M for the next two years.

The Knicks have been looking to trade Noah for quite some time now. But there have been no takers and the recent reports from New York are saying that the Knicks may be following the Lakers by stretching him just to get him off the team as they focus on their rebuild. That said, if Noah gets stretched and waived, he will become a free agent like Deng. The question is, Will Thibs go after Noah too?

Potentially, Noah could be a problem for Minnesota given his recent history. And the Wolves also have a couple of big men already in Karl Anthony Towns and Gorgui Dieng but if Thibs can squeeze out the old Joakim Noah ( he’s only 33 years old ), the former 2014 Defensive Player of the Year can surely help the Wolves team which ranked 22nd in the NBA in Defensive Efficiency last season. Well, that’s the best case scenario for the Wolves and the best move maybe to stay off him, that’s for sure. But knowing what Thibodeau has done with Deng, who knows?

The Wolves are also not done adding veterans to their team. According to reports, the Wolves are still trying out former NBA players Monta Ellis, Brandon Rush and Brandon Paul even after signing Luol Deng. Well it seems does Thibs wants to surround his young duo with plenty of old hands. Not sure if that works for the Wolves. Let’s give Thibs the benefit of the doubt though. But one thing is sure, don’t be surprised if folks start calling his team the Minnesota Timber-Bulls.