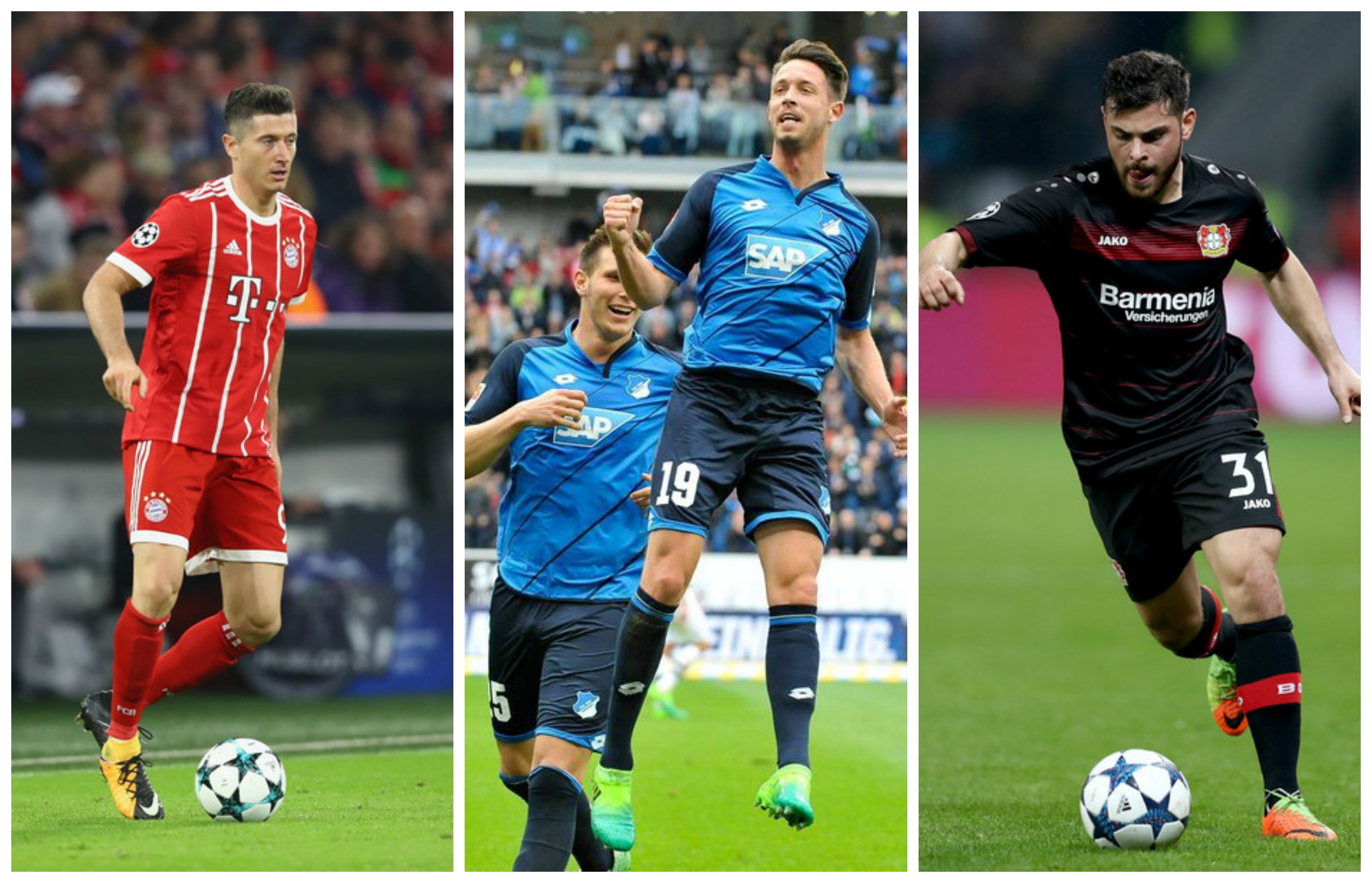 The German Bundesliga remains to be the most attended professional football league around the globe. Because of this, many are thrilled to know who the top scorers of the German top-flight are.

Among the 18 participating clubs, the Bayern Munich had once again retained their championship title for the 27th time — a feat which will surely be hard to achieve by other clubs. But the spotlight is not just on Die Roten, but the rest of the other clubs as well.

So, who are the men behind the greatness that lurks in the Bundesliga? Read on to find out.

The Polish striker for Bayern Munich had once again claimed the title as the top scorer in Bundesliga to himself after making 28 goals and six penalties throughout the season.

Some even say that the reason why Lewandowski was given the first name "Robert" by his parents was because they already knew that people would have a hard time uttering his family name once he becomes famous.

Putting all silliness aside, it’s pretty clear that the 29-year-old is one talented striker. And this isn’t surprising because athleticism and the love for sports run through his blood. His father Krysztof was a former football champion, while his mother Iwona once played professional volleyball.

His ten-year career had been a fruitful one as he finished the 2018 FIFA World Cup qualification with 16 goals, thereby creating a new record. He was on a whole different level of his own, but no one expected him to make a total of 140 goals in his 182 games.

What made his achievement even more glorifying is that he overtaken Claudio Pizarro’s 87 goal-record by a margin of 53 points. In fact, Lewandowski is considered as one of the best three Bayern scorers and strikers in its 118-year history.

The 26-year-old Mark Uth took the second spot of Bundesliga’s top scorers list as he made 14 goals in the season. Though he technically shares the same position with fellow German player Kevin Volland, Uth is considered to be worthier of the rank due to his bigger contribution to the game.

The Hoffenheim striker had a blast this season as he merged his striking prowess with Nadiem Amiri and Serge Gnarby’s midfield talent. Pavel Kaderabek also backed him up with his elite defense when the tides turn against them. The result? Uth getting more famous.

Him being ranked second is a huge achievement not only for himself but his club as well, as this gives Hoffenheim the hope of making it big next season. Yes, they’re on their way there as they finished the season in the third spot.

They still pulled it through with style though they’re short of two steps away from the title. He scored 80 total goals, with 33 of them in the Bundesliga. Indeed, he’s one huge hero of Rhein Neckar.

Bayern Leverkusen managed to hang by a thread in Bundesliga’s elite category after making it to the fifth spot. Thanks to Kevin Volland’s leadership, Die Werkself defied the odds and proved that they’re worthy of title contention next year.

What makes Volland a player is his strict adherence to teamwork. His 75% passing success percentage indeed makes a huge difference on how Bayer played all season long. He’s very efficient, so to speak, and that’s what Heiko Herrlich needs.

The 25-year-old also has a huge potential to be the next Mesut Ozil due to his superior finishing and cutting skills. Though his consistency fades at times, he still manages to make up for his lapses by tapping onto his fellow teammates expertise.

He's currently on his fifth season, and so far, things are going pretty smooth. Yes, he’s still young. But with a little more persuasion from Herrlich and from the BayArena crowd, there’s no doubt he’s going to go a long way.

It's also worth knowing that Volland holds the record for the fastest made goal in the Bundesliga. He scored a goal nine seconds through the start of the game. Isn’t that just phenomenal?

Playing with the Germans is no easy feat. Aggressive gameplays, unpredictable strategies, and very physical head-to-heads are some of the things that makes the Bundesliga one tough competition to play in.

Bayern Munich stays atop the rankings as of now, but that might soon change knowing that a number of transfers are going to happen this summer. Caglar Soyuncu might head to the Premier League and play for Arsenal, Schalke's Max Meyer’s contract is in turmoil, while Leipzig’s Emil Forsberg is reported to leave Red Bull arena.

For sure, the tide of power in the Bundesliga will shift once the 2018-19 season kicks in.