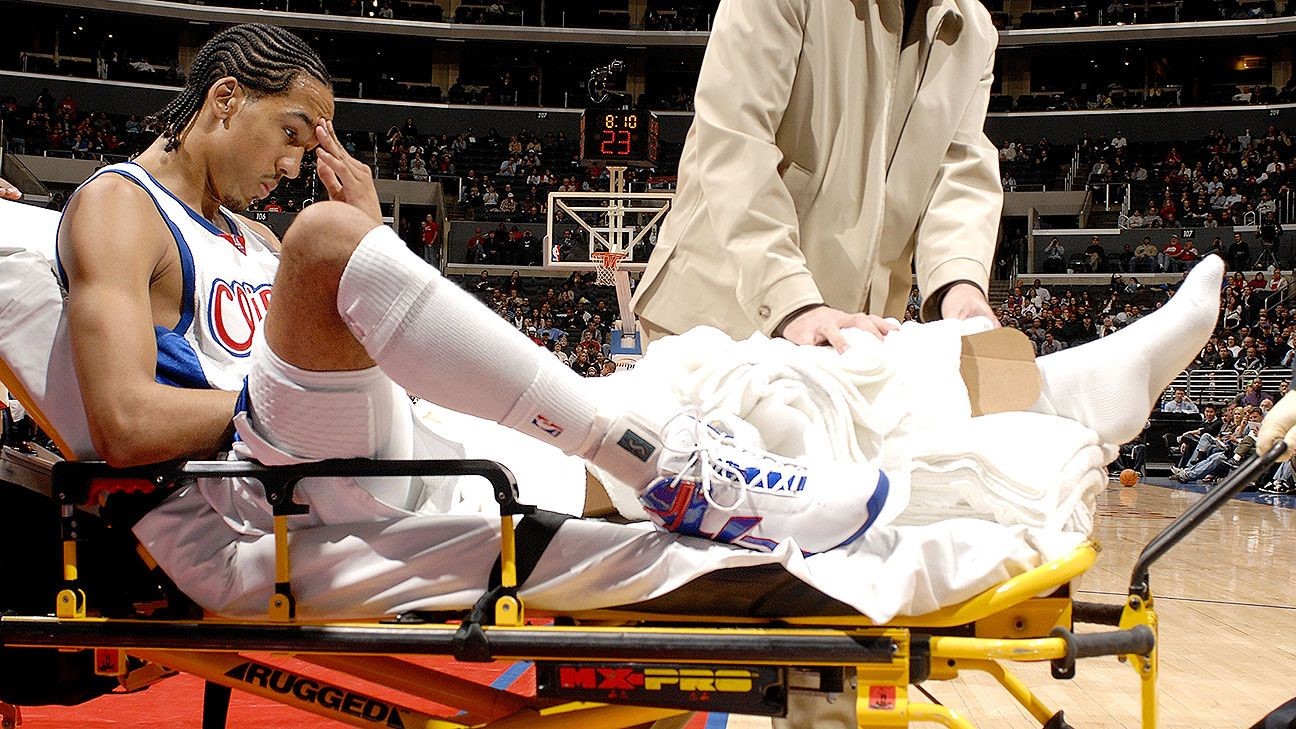 Injuries have claimed too many NBA careers. We’ve seen players forced to retire because of lingering injuries. We’ve seen others come back but never become the same again. But for every tragedy that happens, there is also a successful comeback that we’ve witnessed.

This season, we’ve seen the likes of Gordon Hayward, Kyrie Irving and Kawhi Leonard return from a significant injury. In the history of the NBA though, there are comebacks that weren’t just comebacks. There were those who defied the odds to rise above their adversity.

Here are the top 5 NBA comebacks from a major injury:

Six year ago, Channing Frye was flagged in a routine medical checkup for having an enlarged heart caused by a virus. The ailment was diagnosed as “dilated cardiomyopathy” and while it doesn’t have symptoms for some people, it can be life threatening for others. It’s the common cause of heart failures and can contribute to blood clots, irregular heartbeats or even sudden death.

Because of his heart ailment, Frye missed the entire 2012-13 NBA season. One year later, Frye came back and averaged 11.1 points and 5.1 rebounds per game while starting all 82 games for the Phoenix Suns during the 2013-14 NBA season. The former 8th overall pick of the 2005 draft then moved to the Magic in 2014 before being traded to the Cavs in 2016 where he became a key bench contributor to Cleveland’s 2016 championship squad.

After brief stint with the Lakers, Frye is currently back with the Cavs. Although he’s played just three games this season, the 35 year old Frye is healthy and in basketball shape. Considering his injury didn’t just put his basketball career in jeopardy but his life as we, Channing Frye’s comeback deserves a spot on any list. 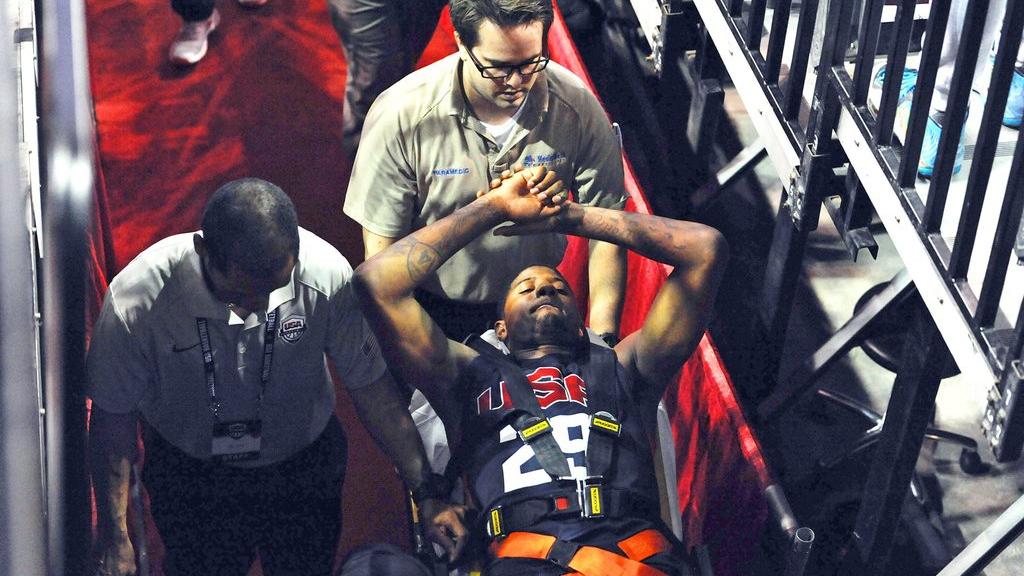 We all watched in horror as Paul George crashed into the basketball stanchion while attempting to block James Harden’s shot during a Team USA scrimmage prior to the 2014 FIBA World Cup. We all saw on live TV how George’s lower left leg bent gruesomely and almost perpendicularly while a bone protruded the skin of his shattered leg. George’s tibia-fibula fracture was probably one of the worst sports injuries caught on TV and we thought George would never be the same after that.

Two hundred forty seven days later, George would return to the NBA. In his first game back for the Pacers, George scored 13 points on 5-12 shooting including three three pointers. George didn’t have his usual explosion and quickness but being able to run back and forth in an NBA game was a victory in itself.

In 2016, George was named to the NBA All-Star team again and that same year, he fulfilled his dream to play for his country and win an Olympic gold medal at the 2016 Summer Olympics. PG13 was traded to the Oklahoma City Thunder in 2017 and has made a pair of All-Star appearances in two seasons with the Thunder. Last season, George was named to the All-NBA third team. He is currently averaging 24.0 points, 7.9 rebounds, 4.4 assists and 2.3 steals for the Thunder this season. 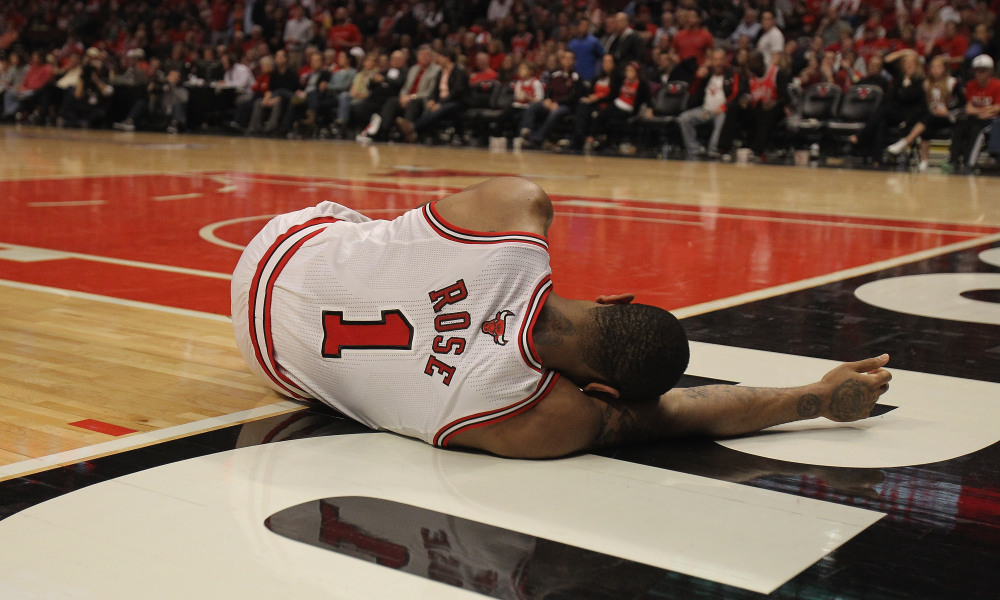 Derrick Rose became the youngest player to win the NBA MVP in 2011. But after playing just 39 games the following season, he tore his left ACL during the Bulls’ first round playoff series and missed the entire 2012-13 NBA season. He returned the following year but 10 games into the season, he tore his right meniscus and missed the remainder of the season. He came back again and played three healthy seasons but in 2016, he tore the meniscus in his left knee late in the season and had his fourth knee surgery.

Rose signed with the Cavs in 2017 but was traded last season and waived. He signed with the Minnesota Timberwolves and has made the most out of the opportunity. Rose scored a career high 50 points earlier this season and is currently averaging 19.4 points, 3.6 rebounds and 4.6 assists per game through the first 17 games of the 2018-19 NBA season. Those are far from the MVP numbers he put up in 2011 but no doubt he is having his best season since winning the MVP award.

Other players would have seen their careers end or change completely after suffering a season ending ACL injury. But Derrick Rose? He’s had four major knee injuries and surgeries in his NBA career and to both knees as well. He contemplated about retirement last season because he was tired of being hurt. But look at him now? If he continues with his play, he should be in contention for the NBA’s Sixth Man of the Year award. Now that would be a punctuation mark on one of the best comebacks the NBA has ever seen. 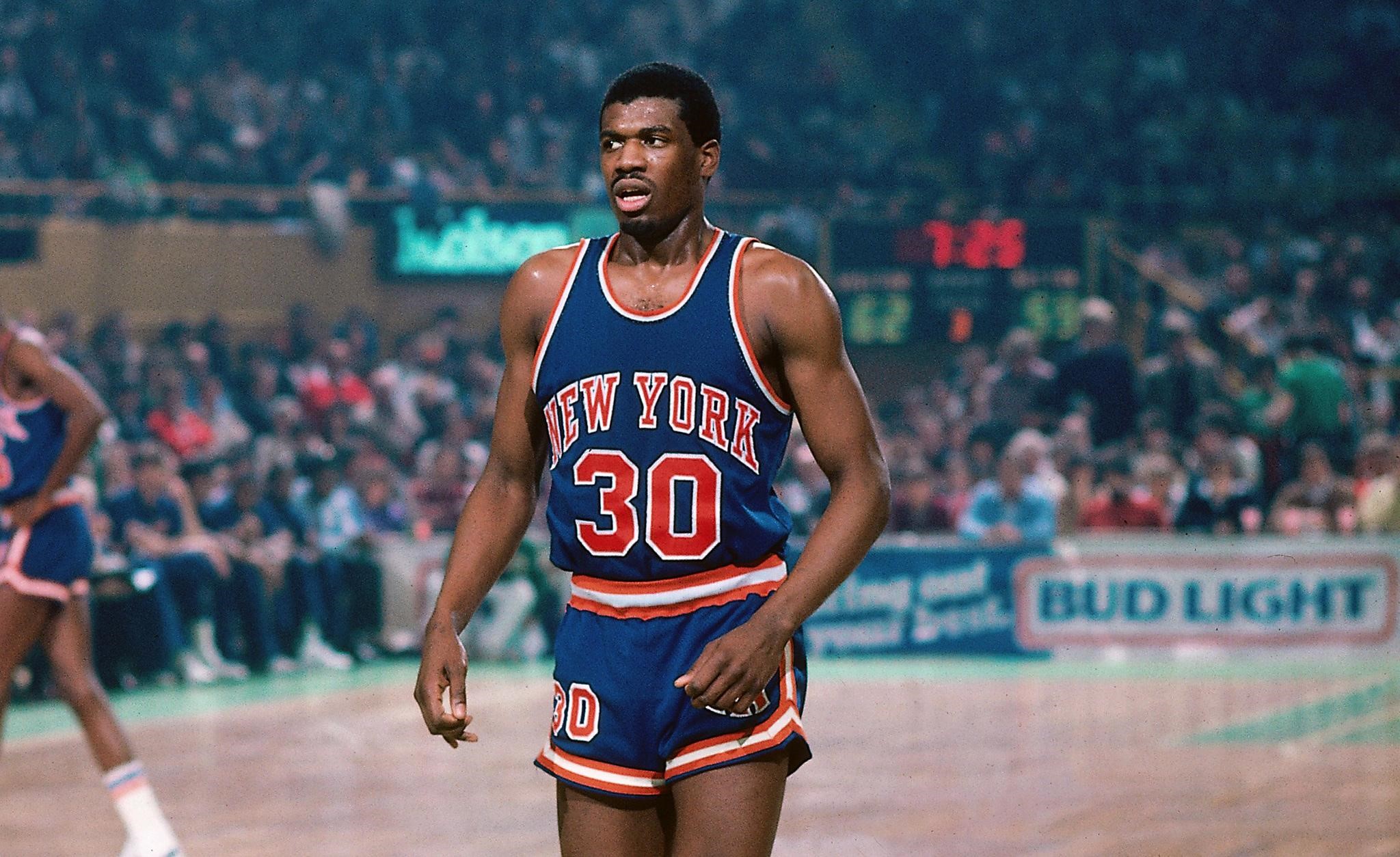 Before Patrick Ewing rose to prominence in New York, the King of the Big Apple was Bernard King. Drafted 7th overall by the New Jersey Nets in 1977, King epitomized the small forward of the 1980’s: big, fast, strong, explosive and high-scoring. He was one of the first true scoring machines we ever saw in the NBA.

On March 23, 1985, King tore his ACL, knee cartilage and broke his leg bone and needed major reconstruction. Since it was in the 1980’s King underwent open knee surgery and was told that the procedure was needed not only for him to return to basketball but for him to walk again. His injury came at a time when a torn ACL would almost certainly end a professional basketball player’s career. But not only did Bernard King return to the NBA he returned to form and became an All-Star again.

He returned to play for the Washington Bullets and had three straight 20+ scoring seasons culminating with a 28.4 points season in 1990-91 when King was already 34 years old. King retired in 1993 as the 16th leading scorer in NBA history at that time. He was a four-time NBA All-Star, a two time member of the All-NBA 1st team and a one-time NBA scoring champion. King was inducted to the Hall of Fame in 2013. Because of the nature of his injury and the era when it happened, Bernard King had one of the greatest comebacks ever. 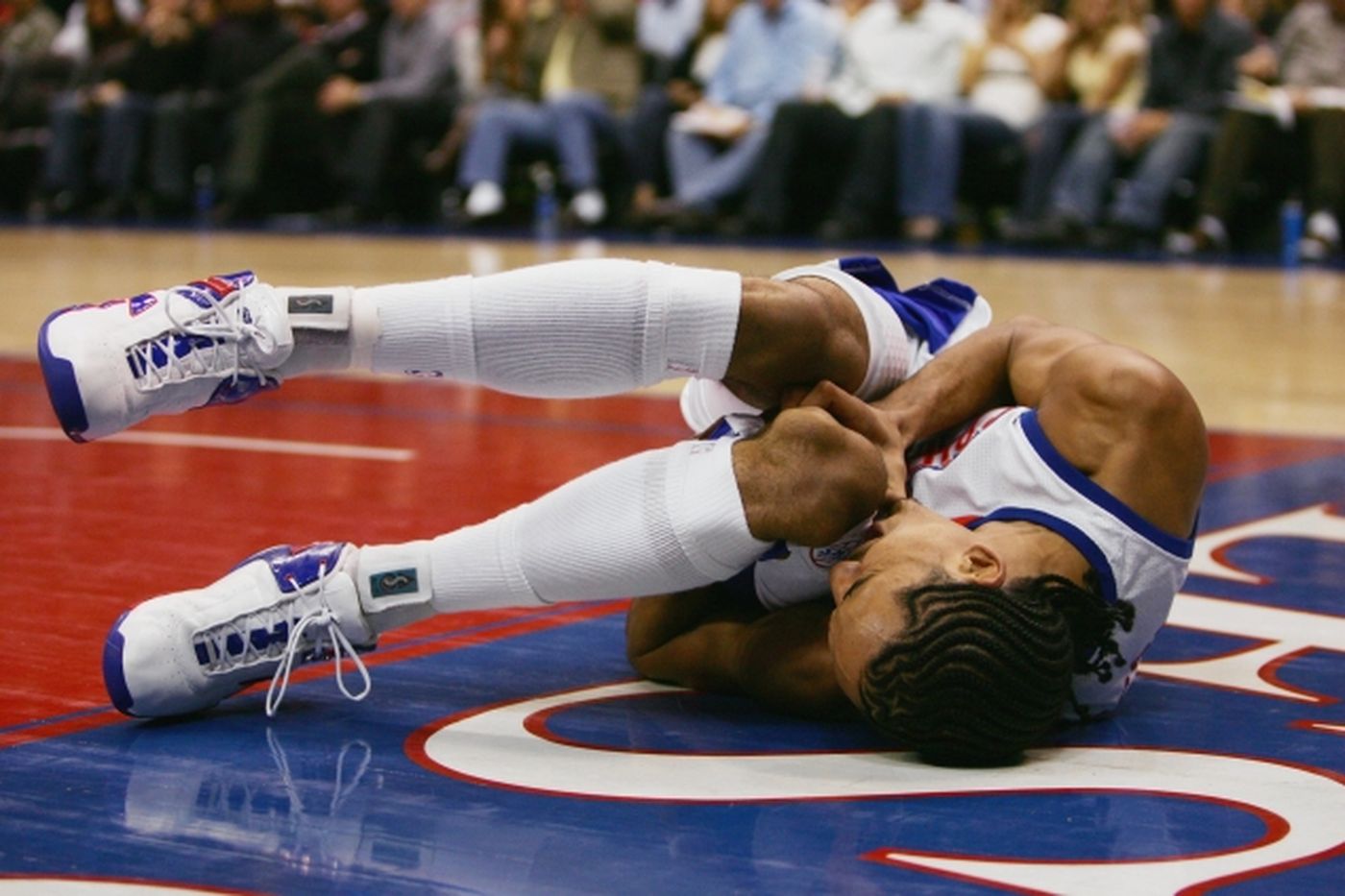 When we talk of horrific NBA injuries, the worst that comes mind at first thought was that of Golden State Warriors back-up point guard Shaun Livingston. Livingston was the Los Angeles Clippers’ 4th overall pick in 2004. In 2007, Livingston landed awkwardly after a missed layup and his left leg snapped laterally. In one fall, Livingston tore three out of the four major ligaments of knee while as well as dislocating his patella tendon. At first, Livingston faced the possibility of having his knee amputated but because there was no damage to any major artery, his leg was spared. But returning to basketball seemed impossible.

After failing to get a guaranteed NBA contract upon being cleared to resume basketball activities, Livingston spent time in the D-League. He eventually made his way back to the NBA but found himself playing and getting waived or traded by the OKC Thunder, Washington Wizards, Charlotte Bobcats, Milwaukee Bucks, Houston Rockets, Cleveland Cavaliers and Brooklyn Nets.

In 2014, Livingston signed with the Golden State Warriors after playing a total of 76 games the previous season, the most in his career. Livingston became the back-up of Stephen Curry and he would become one of the steady veteran presences in Golden State, helping the team win three NBA titles in the last four seasons. So from tearing three major tendons in the knee to winning three championship rings in the Bay Area, Shaun Livingston is on top of our list.