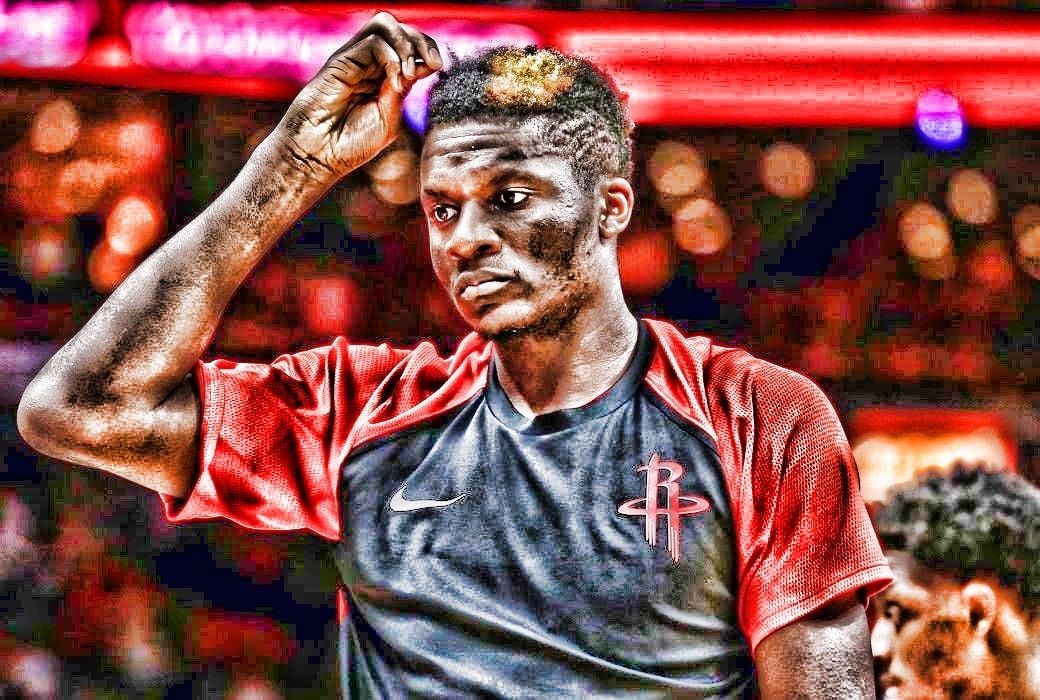 With the Houston Rockets already handicapped with injuries to All-Star point guard Chris Paul and sixth man Eric Gordon, the team also lost Clint Capela to a thumb injury that will sideline him for four to six weeks. Capela has been a revelation this season, and arguably a frontrunner for the Most Improved Player of the Year award. After signing a massive five-year, $90 million extension with the Rockets last summer, there were some skepticism as to how Capela would give justice to his lucrative contract. But it’s safe to say that the 24-year old Swiss center has since silenced his critics as he is posting impressive averages of 17.6 points, 12.6 rebounds and 1.8 blocks per game this season. He has been the perfect partner for James Harden, and their pick-and-roll plays have been almost unstoppable.

While Capela won’t be out for long, those 4-6 weeks that he’ll be sidelined will prove to be an important factor in the outcome of the Rockets’ success this year. Harden has been logging in massive minutes per game (37.1), while he is averaging a career-high in usage rate (39.9%). Harden may be putting up legendary numbers night after night, but you don’t want to tire him out come playoff time. A worn-out, overused Harden would definitely be detrimental to Houston’s playoff hopes especially when they go up against the likes of the Golden State Warriors and the Oklahoma City Thunder in a seven-game series.

That said, the Rockets need a big man who could fill in Capela’s shoes and take off some scoring workload from Harden. Right now, the team doesn’t have a big who could fill that void as Nene Hilario is still not in full health, while Marquese Chriss doesn’t have enough skills and experience to log in heavy minutes for the Rockets. Either through a trade or the buyout market, Houston needs to find an able big man, and they should do it fast.

Lopez’s name has been surfacing on the social media for some time now, primarily because of the Warriors’ interest in acquiring him if the Chicago Bulls buy out his $14 million salary. But it still appears that the Bulls are firm on getting rid of Lopez by trading him, and not through a buyout negotiation. The Warriors don’t have the necessary player contract to match up with the salary of Lopez, which could be Houston’s advantage if they decide to pursue the services of the 30-year old center. The Rockets could flip point guard Brandon Knight for Lopez, two players who have almost the same contract.

By getting Lopez, the Rockets would no doubt improve their interior defense and rebounding. While he is not a three-point shooter, Lopez is still adept at scoring on the inside and also has a reliable mid-range shot. The only probable setback in this deal is that Knight still has one more year in his contract, but that shouldn’t pose too much of a problem for a rebuilding Bulls team.

Holmes is also an intriguing trade prospect for the Rockets. Just a couple of years ago, Holmes looked like a big man capable of a starting spot for the Philadelphia 76ers. He is an outstanding rebounder, an above-average rim protector and most importantly, he has the hops to catch lob passes, a must for a big man teaming up with Harden. His expiring contract of $1.6M is also an enticing factor for the Rockets as the team could just let go of Holmes in the summer if the partnership doesn’t pan out well.

In just 16 minutes per game this season, Holmes is surprisingly efficient for the Phoenix Suns. He is averaging 8.3 points, 4.5 rebounds and 1.1 blocks per contest, making him a sought-after big man for playoff-contending teams needing consistent presence down low. However, the Rockets don’t have a valuable asset to match up with Holmes’ youth and potential, so the Suns could demand a first-round draft pick from Houston if negotiations push through.

Another big man that the Rockets could set their sights on is Dewayne Dedmon of the Atlanta Hawks. With the Hawks’ season already down the drain as they focus on the Zion Williamson sweepstakes in this year’s draft, Dedmon has found himself on the trading block amongst other teammates like Kent Bazemore and Jeremy Lin. The Hawks signed Dedmon to a two-year, $14 million contract in 2017 with a view that he could be a future cornerstone of the franchise. Despite the fact that the 29-year old big man is actually doing an excellent job when fielded on the floor, the Hawks have been electing to play John Collins more at the center position to quicken his progress. However, Dedmon is still posting solid averages of 9.8 points, 7.6 rebounds and 1.0 blocks while only playing 24 minutes per contest. Like Lopez, he is a towering presence on both ends of the floor. But unlike the first two names mentioned in the list, Dedmon can actually shoot well from beyond the arc (36%).