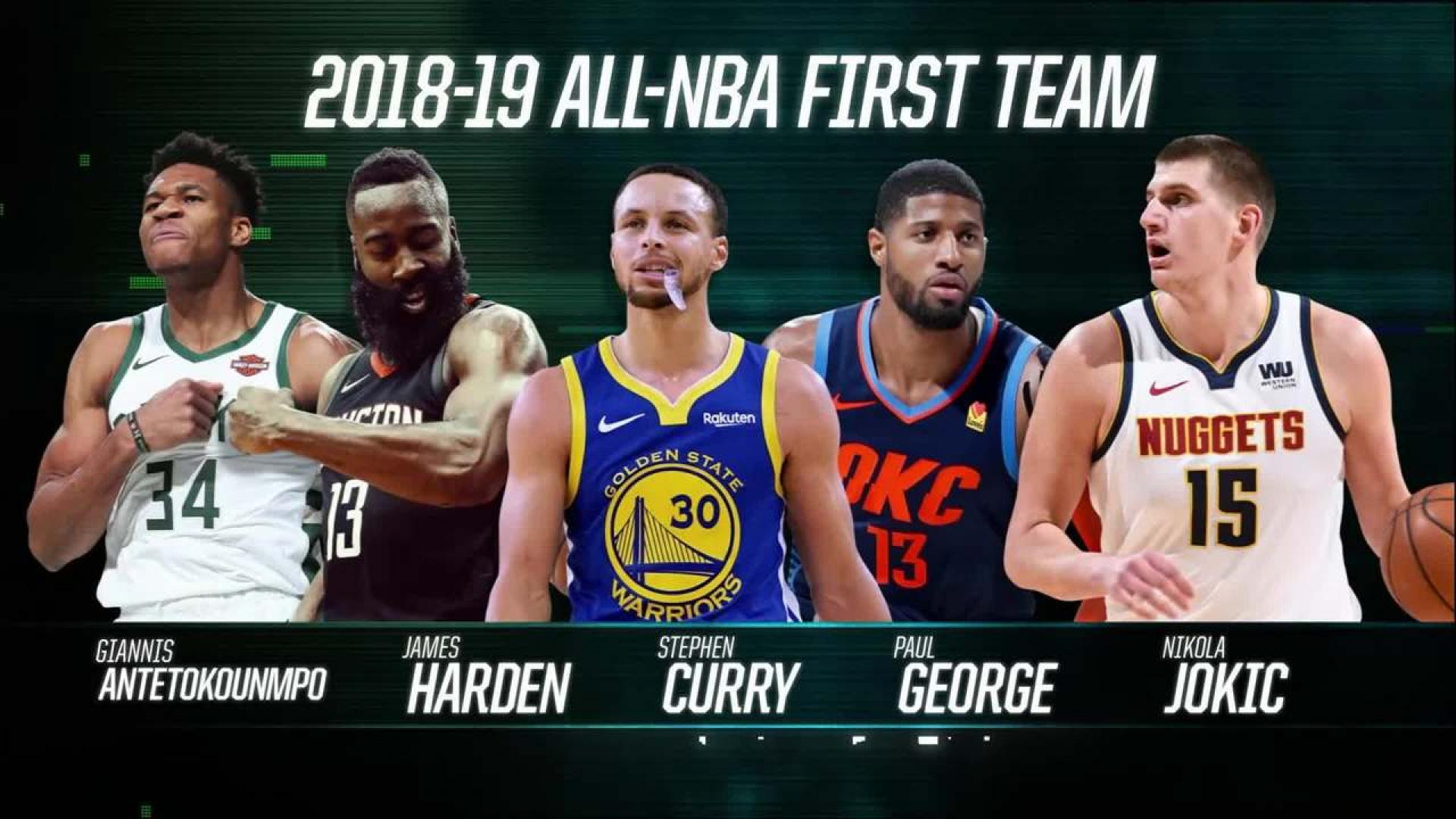 Giannis and Harden lead the pack with unanimous votes

Antetokounmpo, who posted stellar averages of 27.7 points, 12.5 points and 5.9 assists per game this season, was also voted to the All-Defensive first team, along with teammate Eric Bledsoe. Bucks head coach Mike Budenholzer describes the year as an “incredible season,” especially in light of the recent achievements of the team, per Matt Velasquez of the Milwaukee Journal Sentinel.

"Just an incredible season. (Giannis) is more focused on (Game 5) and getting ready to go, but I think it's good just to take a quick second and congratulate them and just recognize a special year from those guys."

The Ringer’s Paolo Uggetti also wrote an interesting take on Giannis’ individual success, putting him in the rarified air where LeBron James resides.

“For the second year in a row, Giannis has made first-team All-NBA. He’s 24 years  old. Guess how old LeBron was when he made his second straight first-team        appearance. Yep, 24. This selection adds another layer to the Giannis-LeBron         parallels we’re seeing play out in front of us.”

While Giannis’ name floats around more at this point of the season because the Bucks are still in the running for the Larry O’Brien trophy, Harden’s spectacular season should not be ignored. Along with creating his signature step-back jumper, Harden led the league in scoring with 36.1 points per game, along with an all-around stat line of 7.5 assists, 6.6 rebounds and 2.0 steals.

Harden’s recent accomplishment marks the third straight year he made it to the first team, with him finishing runner-up for the Most Valuable Player plum in the past couple of years. The Beard still finds himself in a close race with Antetokounmpo for the top individual award.

Could this be an indication that we are finally approaching the twilight of the great LeBron James’ career? The Los Angeles Lakers superstar forward has been voted to the All-NBA third team, ending his 11-year streak of making it to the first team. James had 13 second team votes, and 72 for the third team. Despite being sidelined by a groin injury for 17 games, James still managed to put up stellar numbers of 27.4 points, 8.5 rebounds, 8.3 assists and 1.3 steals per game this year.

However, the Lakers’ lack of team success and his decline on the defensive end could have slid him down to the third team. What’s more, there are a number of players in his position who have been spectacular this season such as OKC’s Paul George, Warriors forward Kevin Durant and Toronto Raptors star Kawhi Leonard.

But with the Lakers entering an exciting offseason that could land them two more superstars and a great young player with their #4 pick in the upcoming draft, look for LeBron to turn up a notch next season and set his sights for another playoff run.

Gobert gets recognized after All-Star snub

In today’s golden era of pace-and-space offense, defense can be ignored at most times. But clamping down on defense is still the name of the game, and we could make a concrete example on how the Rockets have failed to topple the Warriors in consecutive years. With that said, Utah Jazz defensive center Rudy Gobert has been voted to the All-NBA third team this season, a perfect redemption gift for him after missing out on the All-Star team last February.

By averaging career-highs of 15.9 points and 12.9 rebounds, along with 2.0 assists and 2.3 blocks per contest this season, the Stifle Tower was also selected for the All-Defensive first team. Another major source of excitement for the Frenchman is that he is now eligible for a super-max extension with the Jazz in the summer of 2020. Dan Feldman of NBC Sports wrote about this interesting development.

“So, Jazz center Rudy Gobert – who won Defensive Player of the Year in 2018 and made All-NBA this year – quietly became eligible to sign a super-max extension in the 2020 offseason. The extension’s highest-allowable value projects to be $250 million over five years. The first four years would follow the structure of the super- max Damian Lillard and the Trail Blazers are set to sign.”

Whether that’s good or bad news for the Jazz front office, the important thing is that they have seen one of their franchise cornerstones grow to become an established name in the league. Utah also faces an interesting offseason ahead of them as they try to acquire another scorer to pair with star shooting guard Donovan Mitchell. Among the names rumoured to be on the radar of the Jazz are Memphis Grizzlies’ guard Mike Conley, Brooklyn Nets lefty gunner D’Angelo Russell, and Philadelphia 76ers forward Tobias Harris.

Beal stands out among snubs and Kemba earns super-max eligibility

Aside from the validation that an accomplishment like the All-NBA team can give players, stars can also earn more money when they get selected to the teams. Along with Gobert, two more players have earned super-max contract extensions in the names of Portland Trail Blazers’ Damian Lillard and Charlotte Hornets’ Kemba Walker.

Lillard, who averaged 25.8 points, 4.6 rebounds and 6.9 assists this season, was voted to the All-NBA second team, overtaking rival point guard Russell Westbrook who was selected to the third team. Lillard has been the name of the 2019 playoffs, leading the Blazers to the Western Conference Finals.

Walker, 29, normed a career-high in points this season with 25.6 per contest, along with 5.9 assists and 4.4 rebounds. He was also selected as a starter in this year’s All-Star game, validating his place among the league’s crop of elite point guards.

But among the notable snubs in the All-NBA teams were Bradley Beal of the Washington Wizards and Klay Thompson of the Warriors. While Klay’s case may be more acceptable given that he wasn’t that efficient in the first half of the season, passing up on Beal is a bit difficult to imagine. The 25-year old combo guard has carried the Wizards on his shoulders especially when Washington went on a decent run during the mid-way point of the season. Beal posted averages of 25.6 points, 5.0 rebounds and 5.5 assists per contest this year, proving that he can be the franchise’s main man in the absence of the injured John Wall.

Both Beal and Thompson missed out on being eligible for super-max contract extensions.