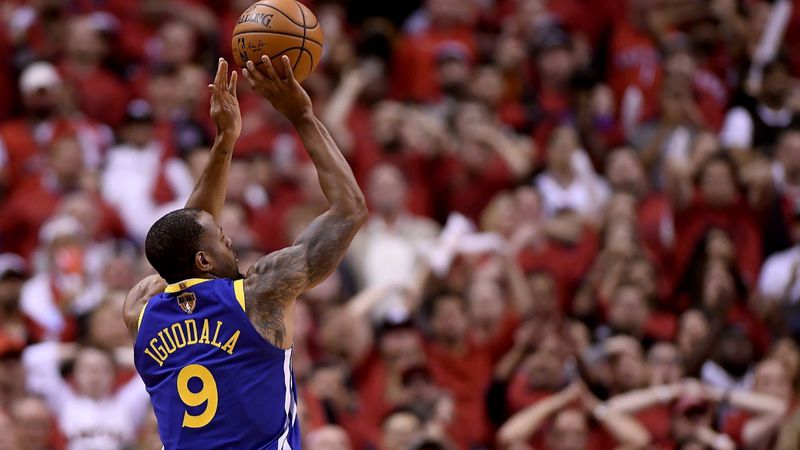 With All-Star gunner Klay Thompson and young budding center Kevon Looney limping out of the court in Game 2, the Golden State Warriors never used their faltering health as an excuse as they escaped Toronto with a win and a tied series. Stephen Curry shook off flu-like symptoms and poured in most of his 23 points during the Warriors’ comeback run that provided them enough cushion at the end. Draymond Green excelled yet again as the swiss knife that he is, and veteran forward Andre Iguodala hit the dagger triple with only seconds remaining on the clock.

With the Warriors having already announced that Looney is indefinitely out of the Finals, the important question to be answered entering Game 3 is Thompson’s availability. While he was seen to be putting up shots during the Dubs’ shootaround, a hamstring injury isn’t something that just heals after a couple of days. For the Raptors, they should still be optimistic of their chances as they were just five points short of extending the game despite the Warriors hitting them with a game-deciding 20-0 run.

Lowry found himself at the tough end of the officials’ whistle as he fouled out mid-way through the fourth quarter. But half of those fouls were questionable and were just a result of Lowry’s aggressiveness and his knack for fishing the offensive fouls from his opponents. But what we want more of Lowry is his ability to involve his teammates and put them in a position to score. The Raptors’ 17-assist total was just half of what the Warriors tallied, and that department should start with Lowry. While the All-Star point guard took care of the ball for the most part of the night, he only had two assists in the loss. Lowry has been very successful in the assists department this season, racking up career-high of 8.7 per contest. While the Raptors would definitely want him to be active in looking for his own shots, they may be better off with Lowry doing the facilitating on their offensive schemes.

Cousins played almost 28 minutes in Game 2, a night in which he was expected to play 15 minutes tops. Warriors head coach Steve Kerr could have tried to boost much-needed confidence to Cousins when he decided to start the All-Star center, but we didn’t anticipate an excellent performance from him. He put in a double-double performance, and carved through the Raptors’ defense with incredible dishes to his cutting teammates, and even bringing up the ball on offense and initiating the Warriors’ half-court set. More than anything, we saw how Cousins exerted so much effort on both ends of the floor which gives the Warriors two reasons to be happy about. First is that their starting center is realizing what he can achieve when he is focused and second, he is better recovered from his torn quad injury than we thought. With Thompson not fully healthy and Durant not playing in Game 3, the Warriors need Cousins to inject his versatility on offense and help ease the load off Curry.

The Warriors doubled the assists total of the Raptors. Game 3 may be more remembered by many as the Andre Iguodala dagger trifecta game, but the fact that he got the shot up thanks to an assist by Shaun Livingston sums up that night. The Warriors, with their experience and overall team chemistry, showed that basketball isn’t just about who is on the floor, but what those players do to make each other better. With Curry’s shooting struggles early in the first half, and Looney and Thompson exiting the game, the Warriors relied on constant ball movement that provided the platform for less-heralded players like Quinn Cook to hit three attempts from deep and Andrew Bogut to receive smartly-timed dishes for the easy dunks. For Golden State, ball movement has always been their trump card and it will again be a deciding factor in Game 3.

The Raptors held the Warriors to just 21 points in the fourth quarter. Truth be told, the Raptors defense wasn’t all that bad. In fact, they displayed a tremendous job on that end except for the important stretch that saw the Warriors go on a game-deciding 20-0 run. They limited Curry to just six makes from the field, including just three hits from beyond the arc. Toronto put in the work to not let Steph get his rhythm going, and they should exert more of that effort in Game 3 as Curry will be more aggressive than ever in looking for his own shots with Thompson not a hundred percent healthy. If we are looking just from the box score, we would think that the Raptors had this win on the bag as they won three of the four quarters. But that isn’t enough against a Warriors team adept in going on a single game-changing run. To beat the defending champs, you have to play excellent defense throughout the whole game and the Raptors have to do just that to steal one at Oracle.

Prediction: Raps show off their depth with pivotal Game 3 victory

With questions on Thompson’s hamstring injury still lingering on, this is the Raptors’ best opportunity to steal one in the road. Coming out with a win at the Oracle Arena could be the hardest place around the league to do that, but the Raptors can nab one if they play their stingy defense the whole game. Despite the fact that the Warriors poured in an unanswered 20 points during the later stages of the second quarter up to the mid-way point of the third period, Toronto lost by just five points and who knows what would have happened if the percentages did its thing and Iguodala didn’t hit the dagger three? I see Kawhi Leonard putting up another 30-point outing in Game 3, while Lowry getting back to effectively facilitating the offense like he did during the regular season. Fred VanVleet should get a couple minutes more as he has arguably been the best Raptor not named Kawhi in this series. If the Raptors play consistent defense and their gunners hit the open shots they had in Game 2, then head coach Nick Nurse and his team will take a commanding 2-1 lead in the Finals.