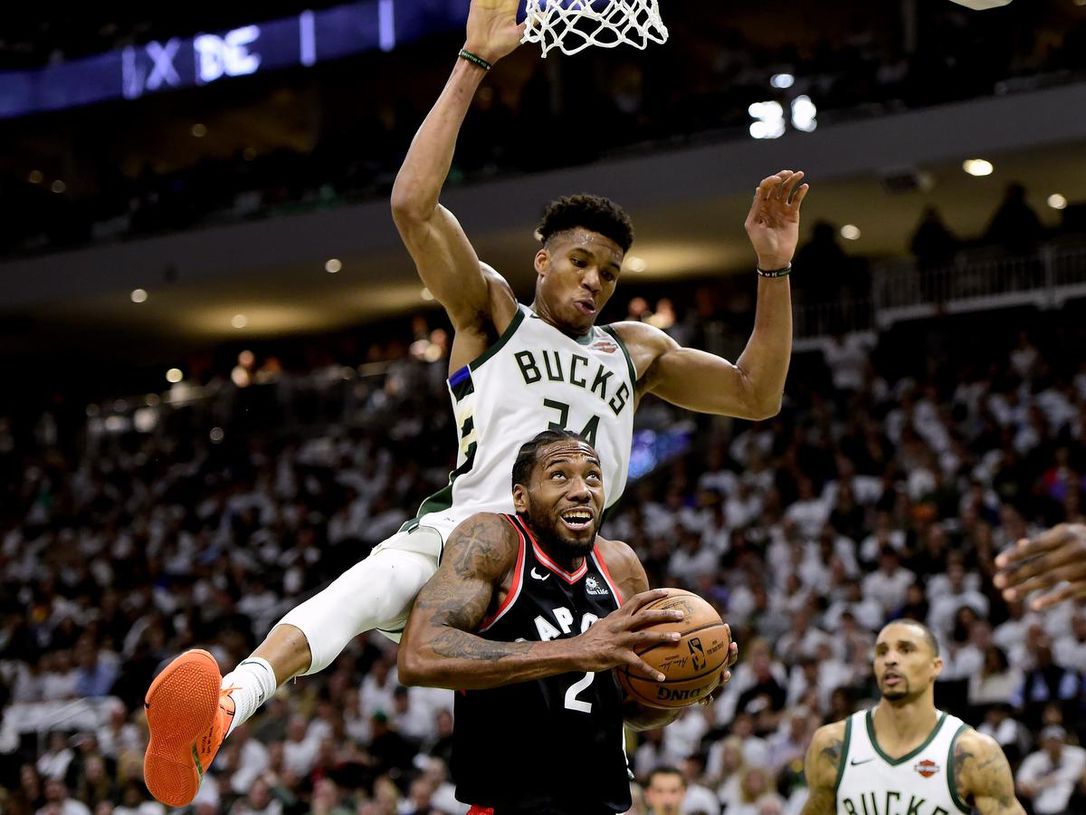 Everything was set up for the Raptors to snatch one in Milwaukee and win the series-opener. Kyle Lowry was having his most efficient shooting night of this postseason, Bucks superstar forward Giannis Antetokounmpo was struggling taking care of the rock, and they had a seven-point lead entering the fourth quarter. But everything would careen downward for the Raptors from the start of the deciding period, especially with Kawhi Leonard coming out flat with just two free throws and no field goals in that span. Toronto had their chance to steal homecourt advantage, and they missed it. May it be fatigue or just an unlucky bounce of the ball, the Raptors still have the arsenal to stay toe-to-toe with the league-leading team as they prepare for their Game 2 showdown.

For arguably the first time in this playoffs, Lowry showed us why he was an All-Star this season. The bulldozing point guard has been passive with his shots all season long, putting most of his energy on setting up his teammates – evident from his 8.7 assists per contest this year, a career-high. But I said this before and I’ll say it again: the Raptors are a better team when Lowry is aggressive in offense. He’s just that good. We saw that in Game 1, and despite the loss, Raptors fans should be optimistic that Lowry started the series on the right foot. Maybe Lowry won’t exactly replicate his efficient shooting display in Game 1, but his 30-point performance will definitely boost his confidence against the Bucks.

Although he contributed on the other facets of the game with his 11 boards and 4 assists, Middleton also came up with his lowest scoring performance this playoffs. The 6-foot-8 gunner only had 11 points in Game 1, struggled to take care of the ball with 4 turnovers, and only made a single three-pointer – also his lowest production from beyond the arc this postseason. With the Raptors double-teaming on Giannis in almost every possession, Middleton had the stage to show us why he is an All-Star this season and he failed. It’s a good thing that Brook Lopez showed up for the Bucks in Game 1, otherwise this would be a Raptors victory that we are talking about. Still, it’s hard to imagine Middleton coming up with another shooting blunder so expect him to make more treys in Game 2.

Brook Lopez: 29 points. Who could have imagined that Lopez would overtake both Giannis and Kawhi to be the best player in Game 1? Coming into this game with a playoff average of 8.3 points per contest, including a grand total of 0 points during the series clincher against the Boston Celtics, Lopez reached into his bag of tricks and became the team’s lifesaver during a night when their two All-Stars were turning the ball all over the place. It’s interesting how Toronto will adjust their defense for Lopez, as it is becoming obvious that Marc Gasol is not built to defend a stretch center like Brook. Serge Ibaka could be a better defender for Lopez, but we’ll see if Raptors head coach Nick Nurse will make that adjustment.

Kawhi Leonard failed to make a field goal in the fourth quarter. Did we just see a fatigued Kawhi during that lowly fourth quarter? Leonard came in shooting 10-26 from the floor and 8-8 from the free throw line in the first three quarters, really not a bad percentage for someone carrying most of the team’s offensive workload. But Kawhi didn’t just fail to make a shot in regulation, but he only attempted three shots in that span, including getting to the line only once. We don’t know if he just decided to defer to Lowry, who was shooting the lights out, or if he was just fatigued from carrying the Raptors on his shoulders in the previous couple of rounds. Either way, Toronto’s second unit has to find a way to contribute more on the scoreboard, or we’ll see flat fourth quarter outings from them more often in the upcoming games.

Antetokounmpo and Middleton combined for 9 of the Bucks’ 12 turnovers. Watching Giannis in Game 1 is like seeing shades of LeBron James figuring out what to do with the San Antonio Spurs’ smothering defense in 2007. The Greek Freak didn’t get the usual looks he had on offense, no thanks to the Raptors double-teaming, and even triple-teaming him in the series-opener. He coughed up the ball five times, and with Middleton also having four miscues, the Bucks’ All-Stars had a lot of trouble finding their groove. This strategy worked wonders for the Raptors despite the loss, so we should see more of this from them in Game 2.

The Bucks are just very hard to beat right now. Every player fielded by the team always finds a way to contribute on both ends of the floor, not to mention that they have the better coach of this series in Mike Budenholzer. Even though they won the series opener, Milwaukee will make the necessary adjustments to give more breathing space for Giannis to operate around the rim. Unless the Raptors’ supporting cast show more angst in Game 2, they can’t defeat a Bucks team displaying a solid balanced offensive attack and more effective pieces to play around. I’m guessing that the Raptors will keep it close in the first two quarters, but after the smoke has gone, the Bucks will ramp up the pace in the second half and take a double-digit victory for a 2-0 lead in the series.