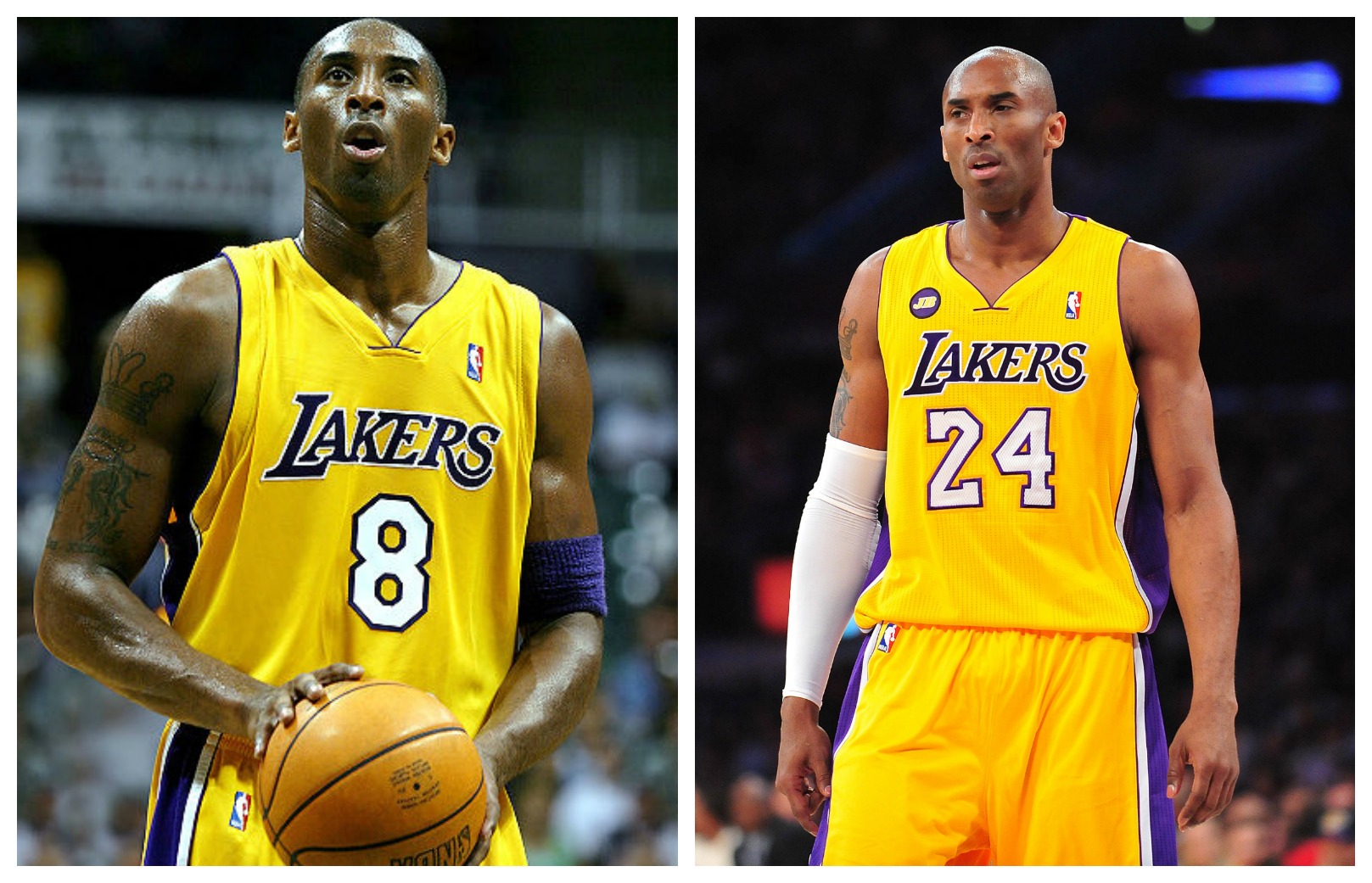 Twice The Honor: Lakers To Retire Both Kobe Jersey Numbers

The Los Angeles Lakers announced earlier this week that they will be retiring Kobe Bryant’s jersey on December 18, 2017. That will happen in a ceremony to be held at the halftime of the Lakers’ game against the reigning NBA champions Golden State Warriors.

To make it more special, the Lakers will honor Kobe by retiring both his #8 and #24 jerseys, making him the first player in NBA history to have two jersey numbers retired by one franchise.

"This honor is very well deserved," said Earvin ‘Magic’ Johnson, the team's president of basketball operations, in a press release. "Kobe was one of the greatest Lakers and NBA players of all-time and he's definitely on my Mount Rushmore. I look forward to seeing BOTH of his jerseys be retired and celebrating this special day with Kobe and his family."

Bryant may have been the greatest ever in a Lakers’ uniform. His ascent from high school phenom to NBA superstar was almost expected. But his transformation from NBA superstar to the cold blooded championship driven Black Mamba was incredible. Bryant helped the Lakers win five NBA titles five times, duplicating the number of championships won by the legendary Showtime Lakers of the 80’s. 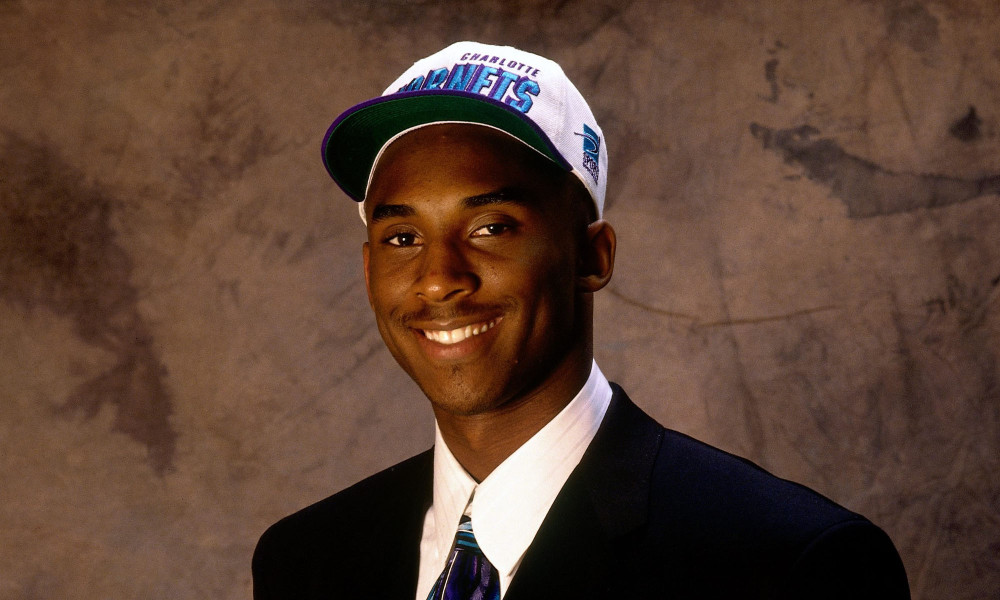 It’s interesting to note that 12 NBA teams passed on Kobe Bryant during the 1996 NBA draft. It wasn’t until the Charlotte Hornets picked at #13 that Bryant’s name was called. Even then, the Hornets traded him to the Lakers for center Vlade Divac. The trade caused uproar among Lakers fans because Divac was a well-loved cult figure in Los Angeles. But then GM Jerry West knew he had a diamond in the rough in Kobe Bryant.

Bryant immediately won the hearts and the imagination of NBA fans by winning the 1997 NBA Slam Dunk contest. But his rookie season wasn’t as spectacular. Bryant averaged just 7.6 points per game and ended up hoisting airballs against the Utah Jazz in Game 5 of the Western Conference Semifinals where his Lakers were eliminated. The next season, Bryant became the youngest player to start on an NBA All-Star team. In his third season, he became a starter after guards Nick Van Exel and Eddie Jones were traded. The rest they say is history.

The Lakers’ fortunes changed when former Bulls coach Phil Jackson came to town in 1999. The Lakers won the the title in Jackson’s first season, giving them their first championship in the post-Showtime era. That would be followed by two more titles in the next two seasons, giving Jackson his third three peat and the Lakers their first since 1954.
Bryant became the youngest player to win a three peat and his fourth quarter exploits, especially during the last two rounds of their third championship season, slowly earned him the reputation of being a clutch player. This reputation would stick and Bryant would later christen himself as the Black Mamba. 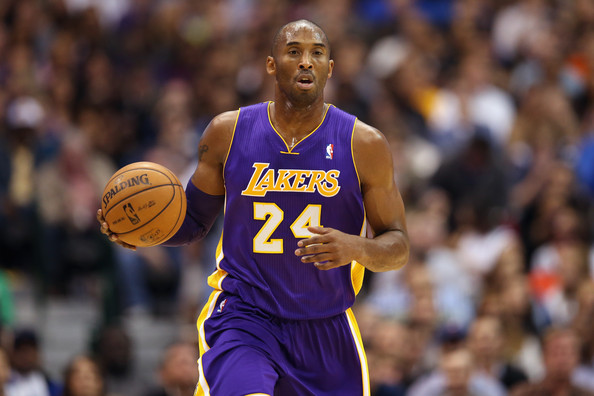 As the Black Mamba, Kobe Bryant not only became one of the most potent offensive weapons the game of basketball has ever seen. He also became one of the best defenders in the league. In his 20 years in the NBA, Bryant was named to 15 All-NBA teams and 12 All-Defensive teams.

Bryant became the youngest player in NBA history to score 30,000 points and in 2010, he overtook Jerry West as the Lakers’ all-time leading scorer. Bryant would finish his career at #3 on the NBA All-Time scoring list and #4 on the NBA All-Time playoff scoring list. He was named MVP once, Finals MVP twice, All-Star Game MVP four times. The list could go on.

Going out in A Blaze of Glory 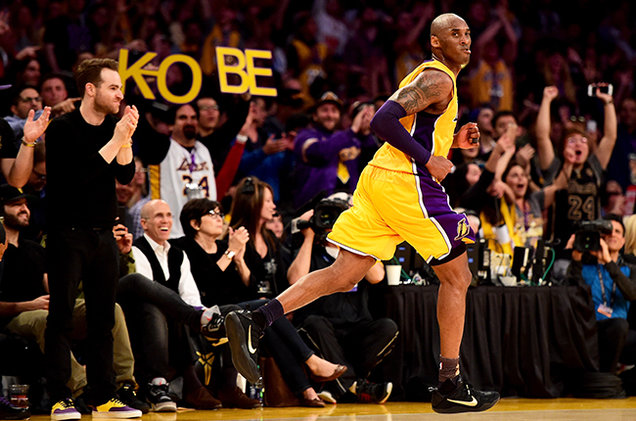 Although Bryant missed the playoff bus in only one of his first 16 NBA seasons, he played his last four seasons without an appearance in the NBA postseason. In fact, the Lakers failed to win more than 27 games in Kobe Bryant’s last four seasons. Injuries played a huge part of that.

But after a year round farewell tour during the 2015-16 NBA season, Kobe Bryant would go out on a blaze of glory in his final NBA game. Playing before his hometown crowd at the Staples Center, Bryant dished out a classic Black Mamba performance by leading the Lakers in a come from behind win over the Utah Jazz. Bryant would score a ridiculous 60 points in his final game, punctuating a legendary career. 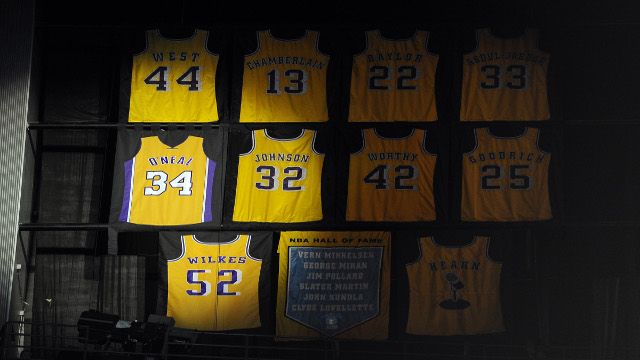 The Lakers usually retire the jersey numbers of players in the Hall of Fame.Kobe Bryant isn’t eligible for enshrinement yet but the team is so confident he will be a first ballot HOFamer. Bryant’s former teammate Shaquille O’neal also had his #34 retired in 2013 or three years before he was enshrined to the Naismith Basketball Hall of Fame. 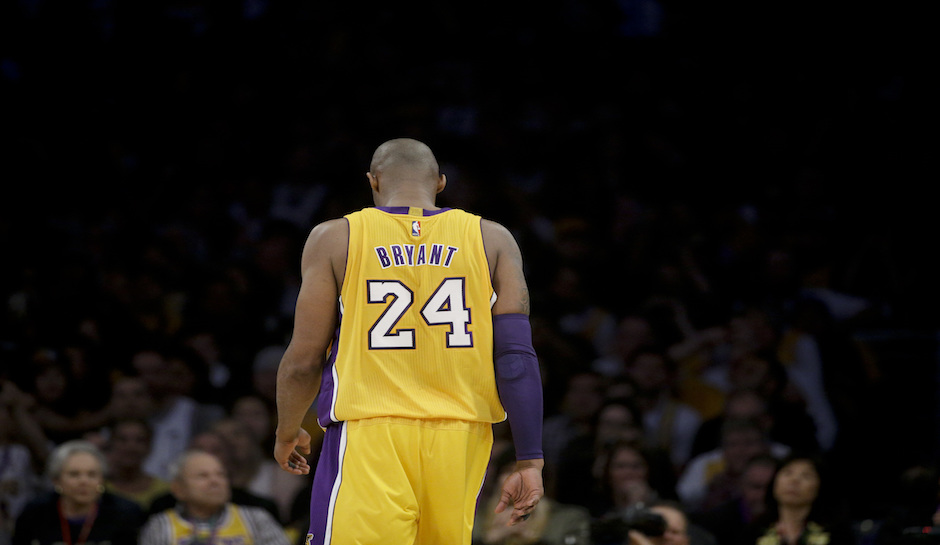 But while the first 14 NBA greats had their jersey numbers retired by multiple teams, Kobe Bryant achieves the feat with just a single NBA team. That’s a first. And that may not be duplicated. And that’s because Bryant played with only one franchise during his entire NBA career. 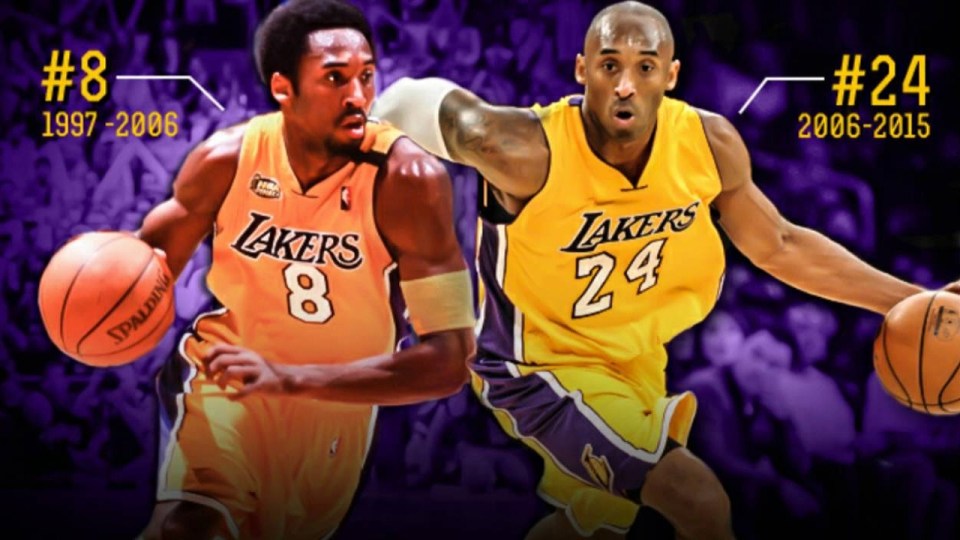 Bryant is the first player in NBA history to play 20 years with one team. Currently, that’s the most for any player who has spent his entire career with one franchise ( Dirk Nowitzki is set to tie it this season and break it if he plays through 2019 ). That’s a testament to his longevity and loyalty to the purple and blue.

But Bryant’s twenty years as a Laker is divided into two eras. The first era was him and Shaquille O’Neal winning three straight NBA titles from 1999-2001. The second era happened after Shaq left Tinseltown and the Lakers traded for Spanish big man Pau Gasol. With the help of Gasol, Bryant and the Lakers won back to back NBA titles from 2009-2010.

Breaking Down The Numbers 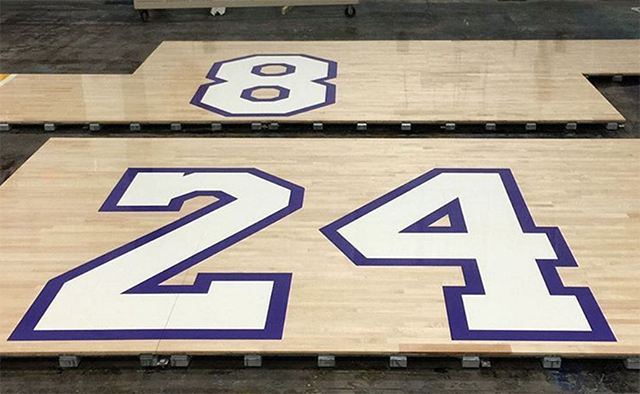 Bryant used his #8 jersey in a total of 707 games. During that period, he averaged 23.9 points, 5.1 rebounds and 4.5 assists per game. The Lakers reached the NBA Finals four times and Los Angeles won the title three times from 1999-2001.

After switching jersey numbers, Bryant played a total of 639 total games. The Black Mamba averaged 26.3 points, 5.3 rebounds and 4.9 assists during this era. The Lakers made three trips to the NBA Finals during this period and won back to back titles in 2009-2010.

Once in A Lifetime Player

Bryant wore the famous jersey #8 during his title run with Shaq. He changed jersey numbers during the 2006-07 season and used the #24 which was his jersey number in high school. It was also during this period where Los Angeles won two more NBA titles. So not only did each jersey number have his own story, each had at least two championship trophies.

Having said that, it was but rightful to retire both Kobe Bryant jersey numbers. Sure, there was only one person who wore both. But the man played in two different eras, with each one having a championship run. Kobe Bryant is a once in a lifetime basketball player. He is special and he deserves twice the prize.