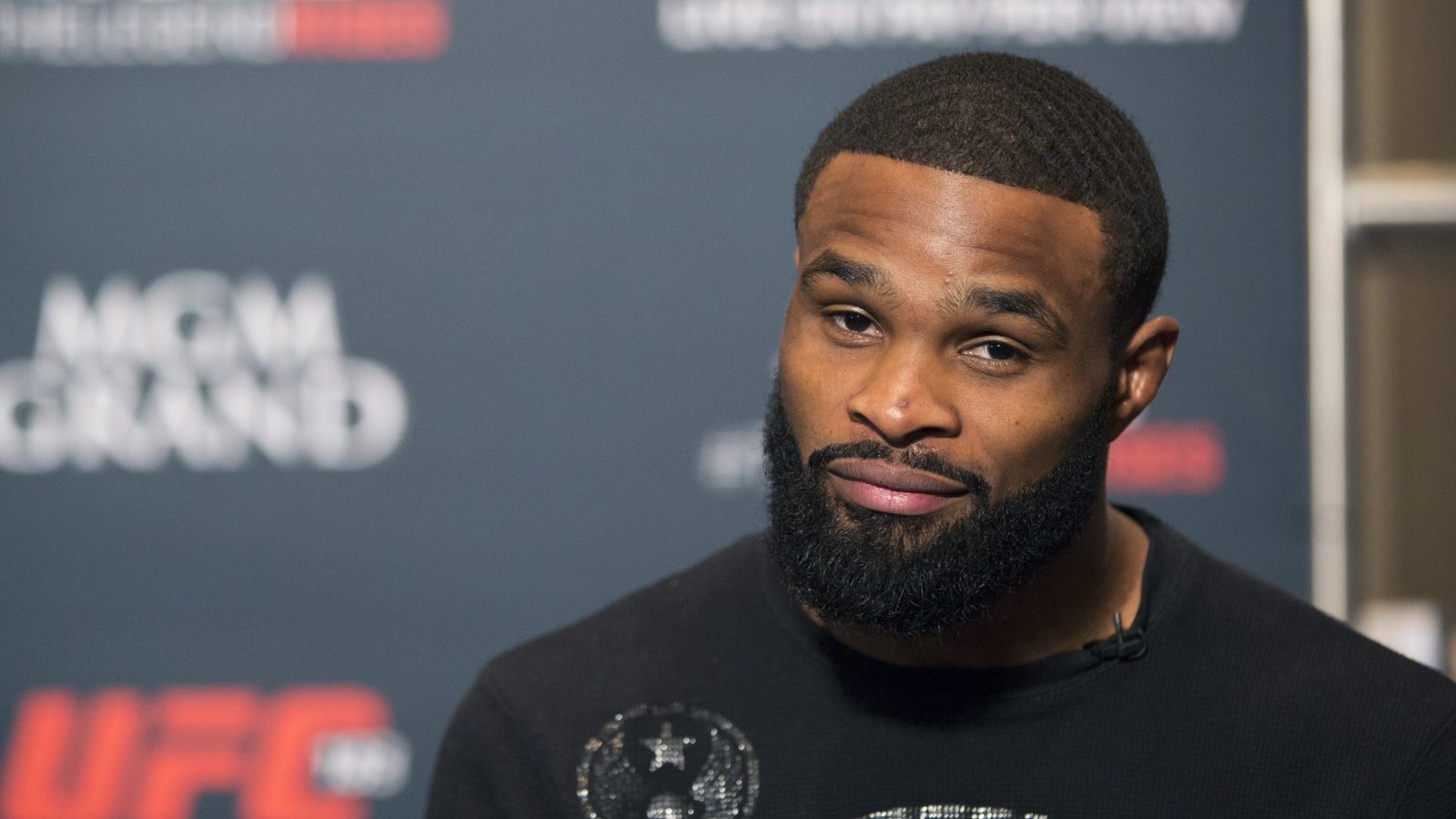 The UFC has seen too many title fights and main events cancelled after one of the fighters either got hurt so near the event or one of them missed weight badly during the weigh-ins.

In the past, we’ve seen fighter like Donald “Cowboy” Cerrone take on opponents on short notice, just to save events. We also remember how Anderson Silva agreed to fight Daniel Cormier on so short notice ( was it 48 hours? ) to save DC’s appearance at UFC 200 a couple of years back. That’s cool, for as long as there would be guys like Cowboy and the Spider who would do what they did. But you don’t get to have these kind of company guys all the time. 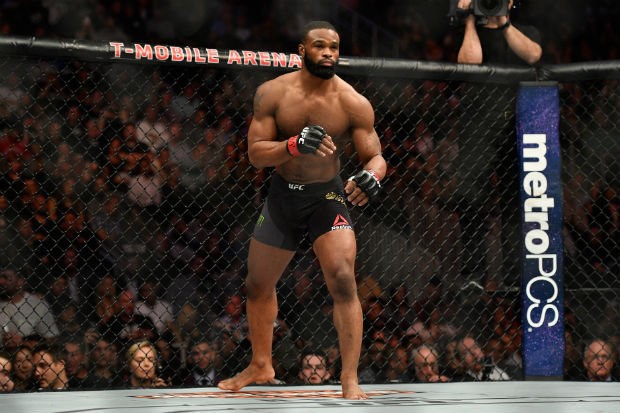 That’s the reason why nowadays, the UFC has a standby fighter just in case one of those things happen, so as not to cancel the title fight. An insurance policy, as they call it, so as not to lose big fights and in the process lose big bucks in the gate and in the PPV arena.

The UFC’s next big event is UFC 228 at the American Airlines Center in Dallas, Texas on September 8, 2018. The main event for UFC 228 is a welterweight title fight between defending champion Tyron Woodley and challenger Darren Till. Now as we said earlier, the UFC has already adopted the process of picking a standby replacement fighter for main events and title fights and in this case, the UFC handpicked Kamaru Usman to be the man.

Usman is currently the 6th ranked welterweight in the UFC today. Known as the Nigerian Nightmare, Usman was the winner of The Ultimate Fighter: American Top Team vs Blackzilians Tournament in 2015. Since winning the TUF 21 show, Usman has racked up seven consecutive wins in the UFC and in hist most recent bout at UFC Chile last May, he won a unanimous decision over former UFC welterweight title challenger Demian Maia. Dating back to 2013, Usman has not lost and is on a 12 fight winning streak.

Now Usman does have a resume worthy of earning a title shot. But at #6 does he deserve the next crack? Well the top contender is interim champion Colby Covington who recently fought at UFC 225 and is coming off sinus surgery so that puts him out of the equation. The next highest ranked contenders are Rafael Dos Anjos, Robbie Lawler and Stephen Thompson. Dos Anjos lost to Covington while Woodley has already beaten Lawler and Thompson so I guess Usman makes sense.

Not On Short Notice 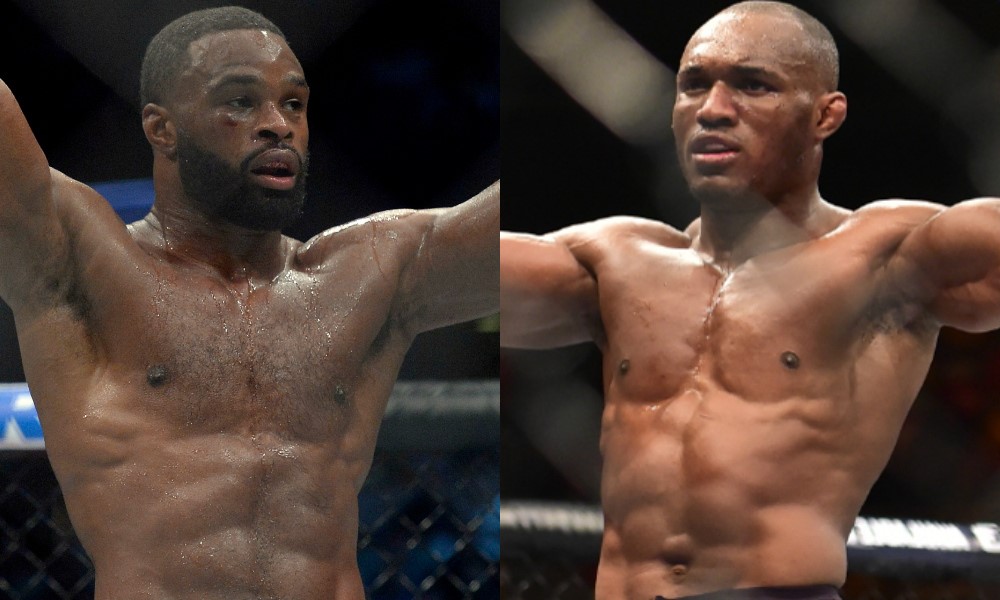 So it was in early August when the UFC announced that Usman would be the standby fighter. The Nigerian Nightmare was tasked to submit his medicals and will be required to weigh-in at the UFC 228 weigh-ins to ensure he is eligible to fight for the title. Fair enough? To the UFC yes, to many fans yes but to the champ, Tyron Woodley, it is not. In fact, Woodley said over the weekend that he won’t fight Usman on 24 hours notice.

“Me and Usman will fight at some point in time, and I’m with it,” Woodley said on the Ariel Helwani MMA Show. “I’m with it. I’m with fighting him, I’m with fighting Mike Perry, all these dudes I respect. I like a person who brings true skill sets to the table and is a true fighter. I’m with it all day. But I’m not going to fight (Usman) on no 24-hours notice.
"I’ve been training for a six-foot-three striker, a southpaw. Not a five-foot-ten poor stand-up. Negative. I don’t do what I do the best because I wing s--t. I train, I prepare, I strategize. I break my opponent down to a molecule and I drown them. I leave them empty, I take away all their best gifts, and then I snipe them. I’m not going to switch it up in five minutes."

Woodley hasn’t fought since July 2017 when he won a unanimous decision over then #1 ranked challenger Maia at UFC 214. The Chosen One tore his labrum during the first round of that fight and he underwent reconstructive shoulder surgery to repair the damage. Since then, the welterweight division has been in shambles.

Because Woodley had been out too long, the UFC booked an interim title fight between top contender Colby Covington and former UFC lightweight champion Rafael Dos Anjos last May. Covington won and he was expected to face Woodley at UFC 228 but the new interim champ underwent surgery to repair a nasal issue. Covington stated that he would be ready to fight Woodley in November or December but Woodley and the UFC thought that would be too long a wait so they booked Darren Till instead.

Now Till is coming to this fight with some controversy on how he got the title shot. Sure, he is the next highest ranked contender but Till is coming off a win over Stephen Thompson where he missed weight by 3.5 pounds. Two fights earlier, Till also missed weight by 5 pounds and he went on to beat Jessin Ayari at UFC Fight Night 109. However, given the Covington issue and the fact that Woodley had already beaten the Lawler and Thompson, Till was the next best option for the UFC.

Woodley has stated that even if Till misses weight, the fight is going to continue. That’s probably the best thing we’ve heard from Tyron Woodley’s mouth since he won the belt. But that’s not the issue here. The issue here is if something happens to Till’s weight cut and he isn’t allowed to fight by the commission or the UFC. In that case, Woodley isn’t willing to fight Usman so does it mean the main event gets cancelled?

This isn’t the first time that Tyron Woodley has been bitching. Woodley used to be a feared striker when he was still climbing the ranks but it seems that he’s changed since he won the title. Didn’t he fight Stephen Thompson all too cautiously in their two bouts? Woodley looked devastating when he won the belt from Robbie Lawler. He’s looked like a kitten ever since. Woodley had 11 stoppages ( 6 knockouts and 5 submissions ) in his first 15 wins. He’s safely coasted to 2 cautious wins and 1 draw as a champion.

We know that Woodley has been looking for a big fight, maybe Conor McGregor money because well, he wants to get paid as the champion. No problem there. But unless he shows McGregor toughness, he isn’t going to be paid handsome money nor is he going to get bigger fights if he continues to act like a diva.

“I’m a world champion. I deserve proper notice. I deserve proper time to prepare and train for a world title that I worked so hard for. I’m not going to step in. I’m not that guy. Go grab f---ing Cowboy (Cerrone). I’m a professional, and I’m a champion. If (Usman) wants to fight me, it’s going to be on a full training camp. And I would gladly take him up on that offer.”

We agree Tyron. You are a champion and you worked hard for it. You deserve proper notice and proper time to prepare. But while we like everything to be neat and in order, it doesn’t always work that way. This is a physical sport and you can’ guarantee that everything falls into place all the time. We’ve seen all too many title fights and big fights called off because of injuries or withdrawals. The UFC isn’t just a league, it is a promotion and as such, it has monetary investments to protect. That’s the reason why they’re trying to save fights, to save events.

As for Kamaru Usman, I think it was in early August that it was made known that he would be the standby fighter so while Woodley was preparing for Till, he already knew that he could end up fighting Usman instead. That isn’t 24 hours notice Tyron. You are just being the diva that you are. So if you want to get the bigger names in the bigger fights and earn McGregor money, quit being a kitten and fight like a man. Sure, you can use Cowboy Cerrone as a punchline but there’s a reason why fans like Cowboy more than they like you.