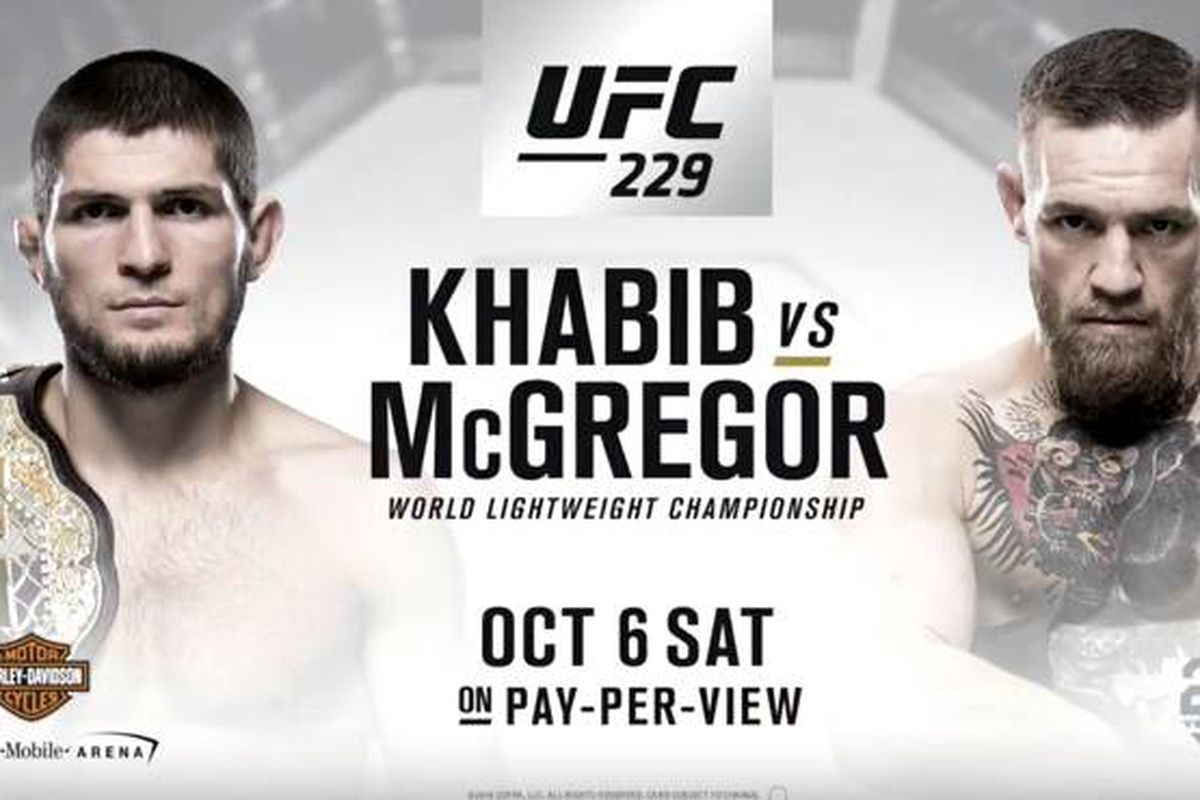 When the UFC announced that Conor McGregor would be returning at UFC 229 to challenge Khabib Nurmagomedov for the UFC lightweight title which he never lost, we all knew that was going to be big.

For Dana White, it wasn’t just big though. White said that it was the biggest match in the UFC ever, with the exception of the Mayweather vs McGregor boxing bout of 2017 which the UFC co-promoted. Well, White isn’t 100% correct. He never is. But he’s along the line with his prediction on this one. 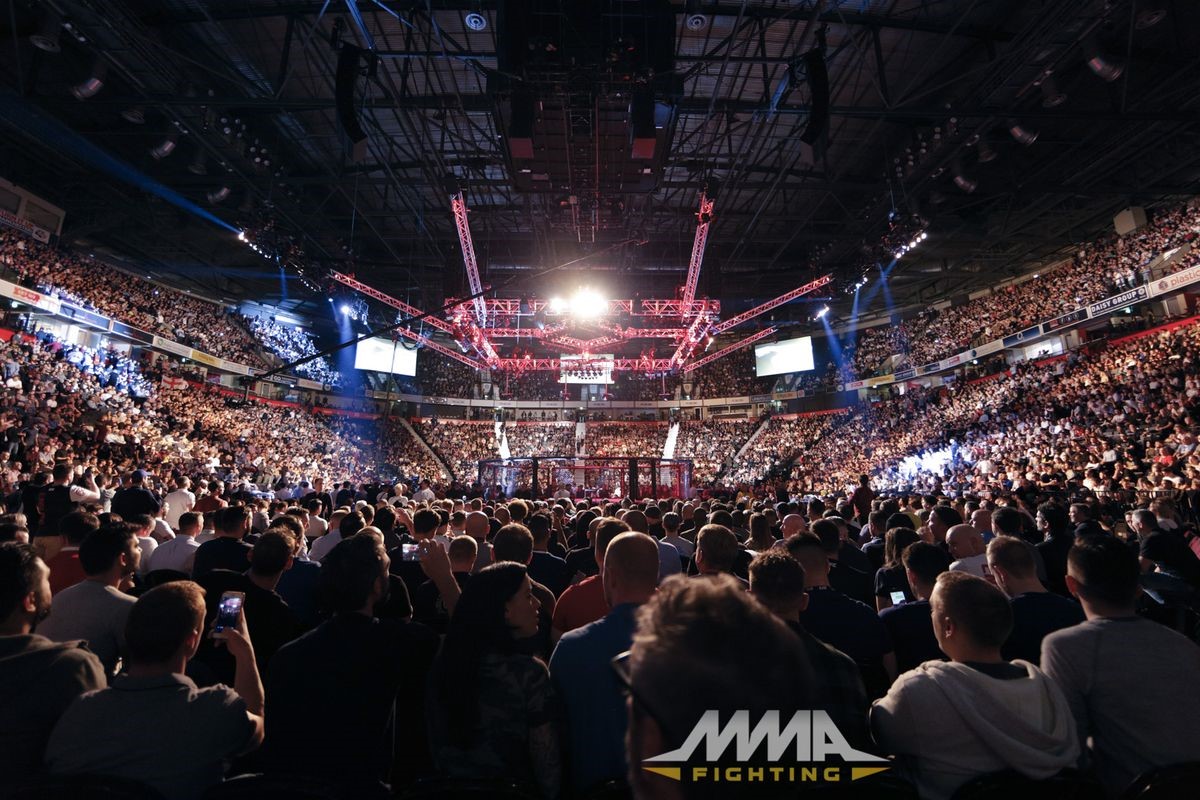 The UFC 229 tickets went on sale on last Friday, August 17, 2018 after a two day presale that was exclusive for UFC Fight Club members. Tickets were priced from $205 to $2505 but the steep prices didn’t matter at all. Three minutes after the sale opened to the public, only a few hundred tickets were left unsold, all of them in the most expensive seats.

The even was declared a “sold out” although according to Dave Meltzer of MMA Fighting, “there were still a small amount of tickets left at the AXS ticket website at $990 and up, as of Saturday afternoon. On Friday night, there were only 300 tickets left remaining.”

Ever since McGregor’s last octagon appearance at UFC 205, Dana White and the UFC have been looking for a homerun. Conor Mac has delivered again.

The official sales figures aren’t out yet but based on the AXS ticket website info, the ticket sales for UFC 229 has already surpassed the highest gate ever in a Las Vegas held UFC event. That distinction belonged to UFC 200 in 2016 which produced $10,746,248 in gate receipts.

UFC 200 was supposed to be headlined by bitter rivals Jon Jones vs Daniel Cormier, the reason there was a spike in ticket sales. However, Jones didn’t make it to fight night because of a USADA violation. The main event ended up being Miesha Tate vs Amanda Nunes for the UFC women’s bantamweight title. It also helped that the UFC pitted PPV monster Brock Lesnar versus Mark Hunt in the co-main event.

The UFC has been courting Lesnar to return and is in fact lining him up for a possible 2019 showdown with double champion Daniel Cormier. Lesnar, a former UFC heavyweight champion, recently re-enrolled in the USADA’s testing pool and will only be eligible to fight next year. But the UFC won’t have to wait until 2019 to get a cash windfall. Conor McGregor is giving it to them again and as usual.

UFC 229’s three minute sale also surpassed the gate revenue for the UFC’s iconic UFC 129 at the Rogers Center in Toronto Canada. That event was the first ever UFC event in Toronto which had a huge fan base because of Canadian superstar and longtime welterweight champion Georges St. Pierre.

St. Pierre headlined the Toronto event as he defended his UFC welterweight crown against Jake Shields. UFC 129 sold out 55,724 tickets but at a lower price than UFC 229. Still it made a total of $12,075,000.00, one of the highest gate ever grossed by the UFC in a single event.

Not The All-Time Record Though 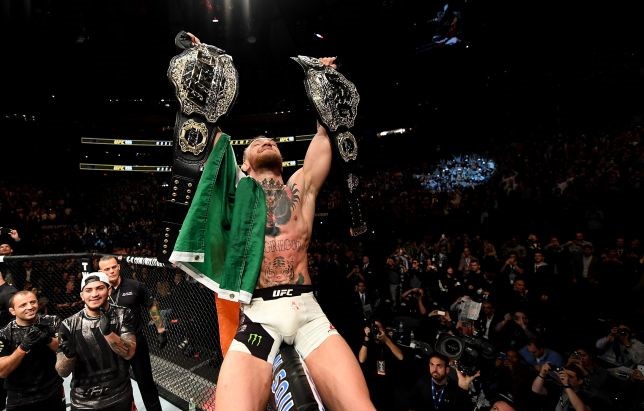 But while UFC 229 is obliterating records, it is not expected to break the all-time gate record which belongs to UFC 205.

UFC 205 was special because the UFC fought so hard to legalize MMA in New York so when they finally got the nod, they immediately booked the world’s most famous arena- the Madison Square Garden, for their maiden event in New York. And so UFC 205 was born and it ended up making $17.7M in gate revenues.

Incidentally, the man who headlined UFC 205 is none other than Conor Mcgregor himself. The Notorious One challenged Eddie Alvarez for the UFC lightweight title in the main event. McGregor easily knocked out Alvarez to claim his second belt and become the first fighter in UFC history to hold two world titles concurrently. So yeah, while Daniel Cormier is talking his mouth about being the GOAT, he isn’t actually the first double champion in the UFC. The real champ has kept it low key.

McGregor would then go into a hiatus, forcing the UFC to strip him of first, the bantamweight title he won from Jose Aldo. Later, the promotion would also strip McGregor of the lightweight belt for not defending it. A title fight between Khabib Nurmagomedov and Al Iaquinta was held last April to determine the new UFC lightweight king.

But while UFC 229 won’t top UFC 205 in terms of gate revenues, it should be considered more impressive because unlike UFC 205 which was the first event in New York and UFC 129 which was the first show in Toronto and UFC 200, which was memorable because it was the 200th show for the promotion, there are too many Las Vegas events, not just from UFC but in boxing as well.

With UFC 229 almost selling out in three minutes and beating UFC 200’s gate in that short period of time, it only reaffirms Conor McGregor as the top draw in Mixed Martial Arts today. The UFC has been struggling with its bottom line during McGregor’s hiatus but with the Irishman set to return on October 6th, expect the UFC to cash in and walk straight to the bank.

UFC 229 is set to be one of its biggest events ever and should signal the return not just of McGregor but of the UFC to the box office charts. With Lesnar vs Cormier also slated for next year, Dana White must be grinning from ear to ear. 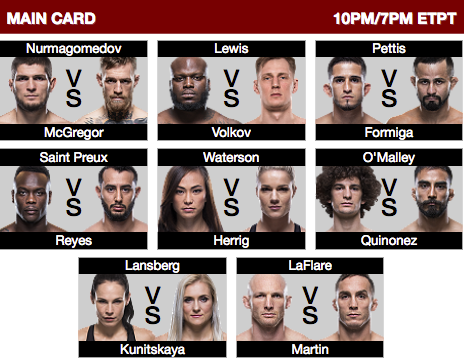