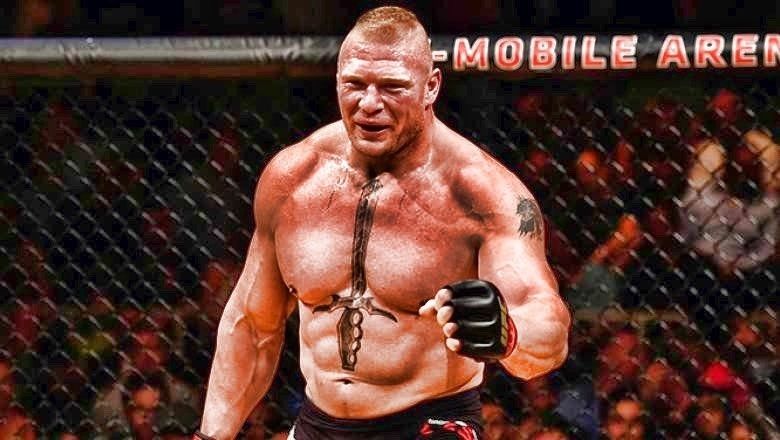 In 2018, MMA have witnessed some of the biggest fights in the history of the sport. Gods had bestowed fans with mega showdowns between Conor McGregor and Khabib Nurmagomedov for the undisputed UFC lightweight championship, Amanda Nunes and Cris Cyborg for the UFC bantamweight and lightweight championships, and of course, Daniel Cormier and Stipe Miocic for the UFC heavyweight championship. It was a big year indeed for the promotion, but 2019 is shaping up to be even better with monumental bouts set on the calendar.

UFC started the year with the bang as flyweight champion Henry Cejudo stunned reigning Bantamweight champion TJ Dillashaw and the whole world at UFC Fight Night 143 last January 19. Many fans and pundits expected Dillashaw to walk away as a two-division world champion. However, Cejudo came out like a ball of fire, unleashing a flurry of punches that dropped Dillashaw several times to the canvass before the referee stopped the fight 32 seconds into the first round.

Cejudo did not only set one of the quickest wins in UFC history, he also managed to keep UFC’s flyweight division alive for the moment. Weeks heading into the unification bout, reports from multiple news sources revealed UFC’s plan to scrap its financially underachieving flyweight division the moment Dillashaw won the crown. Unfortunately for UFC president Dana White and his associates, Cejudo had a different plan. The big win over a bona fide star in Dillashaw should help legitimize the division as a money maker.

Moving forward UFC has booked a plethora of big matches just for the first quarter of the year. UFC light heavyweight Jon ‘Bones’ Jones defends his title against No.3 ranked contender Anthony Smith, while welterweight champ Tyron Woodley faces Kamaru Usman at UFC 235 on March 2 at the T-Mobile Arena. A week later, women’s strawweight title-holder Rose Namajunas tests Jessica Andrade at UFC 237 on March 11 in Brazil. It’s fair to say the outcome of these fights will have huge ramifications for the rest of the year. If the right winners come out from these fights, then there’s a big chance fans could see way bigger matches down the road.

Analysts say styles make fight. Wrong! It is the stories that make the fights intriguing. UFC thrives when bouts have deeper narrative. Just look at what happened at UFC 229: McGregor vs. Nurmagomedov. The card generated the highest ever mixed martial arts attendance and live gate in Nevada ($17.2 million) and the biggest MMA pay-per-view event in the United States (2.4 million buys). Sure, the fracas that transpired at the end of the bout messed up the whole event, but UFC will absolutely use these mishaps as a marketing fuel for the inevitable second showdown between the two fighters. It is what it is. After all, the UFC business is modeled after the WWE, where fanfare and heated feuds override the athletic significance of any bout.

So what are the high-drama, blockbuster fights that fans are really looking foward to see this 2019 other than McGregor-Nurmagomedov II?

Well, there’s plenty of it. The rumored fight between McGregor and Donald Cowboy Cerrone could be a dandy affair for many reasons. Other than McGregor is an absolute draw, his slow-burning rivalry with Cerrone dating back to that infamous 2015 press conference should make the fight compelling. Moreover, the Cerrone bout could be a solid test for McGregor to see if he’s ready enough to face again Nurmagomedov later this year.

Another must-watch fight would be the third chapter of the rivalry between lightweight champ Jon Jones and heavyweight title-holder Daniel Cormier. Although it has been a lopsided series with Jones getting a unanimous decision and a TKO in the first two bouts, the controversy surrounding the second match due to his failure to pass the drug test and the ascendance of Cormier as a heavyweight champ make this fight all more exciting than their previous battles.

Last but not the least, all is looking forward to the return of the Beast Incarnate Brock Lesnar, who can confidently say he’s the biggest draw in UFC history. It doesn’t need to be a legit UFC star to be Brock’s opponent. Lesnar’s persona alone is enough to make any event a smashing success. He proved it at UFC 100 and again at UFC 200 as UFC raked up at least 1 million PPV buys in each event. However, the catch here is that the UFC grooming Brock as an outright contender for Cormier’s heavyweight belt. If this happens, then there isn’t any doubt the card will generate up to 3 million PPV buys and crush the live gates attendance records. That’s how Brock is in MMA.