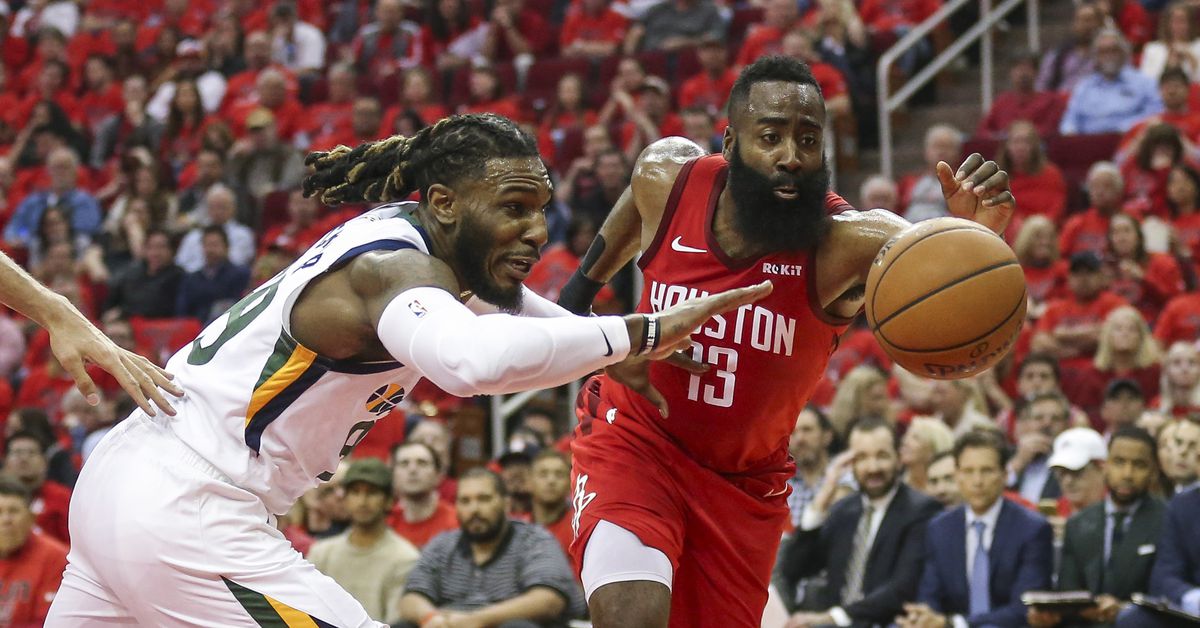 Despite some experimental defensive schemes used by the Jazz to counter James Harden’s perimeter arsenal, The Beard still found a lot of ways to be effective as he led the Rockets to a convincing 122-90 series opener win. The pivotal Game 2 will be more important for Donovan Mitchell and the Jazz, so look for the squad from Salt Lake City to show more sense of urgency than they did in flat Game 1 performance.

5 turnovers. Zero assists. Star combo guard Donovan Mitchell was nowhere near his all-around performances during the playoffs last year. The Rockets defense were more than ready for him, and the numbers show that Mitchell never got his rhythm going in the first game. The brilliant sophomore guard is the engine that kickstarts the Jazz, and an inefficient Mitchell almost always leads to losses for the team. The Jazz have gone 2 wins against 5 losses when Mitchell tallies just one assist, while they lost the two contests where he laid an egg on the passing department. Utah is at its best when Mitchell is wheeling and dealing, so expect the 6-foot-3 product of Louisville to be more aggressive in Game 2.

Harden’s version of a quiet scoring night is a 29-point outing. Harden is the Rockets’ x-factor in every game of this series, and of the whole playoffs as well. The reigning Most Valuable Player awardee is virtually unstoppable at all fronts as he constantly reads the defense intelligently and knows when to score and when to pass. He had a bad shooting night in the series opener, but still had the second-best plus/minus efficiency among the Houston’s five starters. To win the all-important Game 2, the Rockets just need to do two things: smother Mitchell on defense and feed the ball to Harden on offense.

Joe Ingles only took four attempts. Honestly, we all expected Ingles to blossom in this playoffs and give Mitchell a much-needed ease on his scoring burden. That didn’t happen in Game 1 as the Australian small forward was largely passive, producing just 3 points, 4 rebounds, 5 assists and 2 steals. But his most disturbing stat is that he only attempted four shots in the entire game. Heck, defensive ace Thabo Sefolosha had more shots than him in the series opener. The Jazz have an 8-15 record when Ingles incurs single-digit scoring. With the Rockets’ defensive schemes focusing on Mitchell, Utah should look to involve Ingles more on their offensive plays.

Rudy Gobert made eight of his 10 attempts. Here’s a very interesting stat from Gobert’s 2019 season: The Jazz are undefeated in the 10 games when Rudy shot 12 or more attempts from the field. As valuable as he is on the defensive end, Gobert is also one of the most efficient scoring bigs we have in the league. In fact, he leads the league in field goal percentage with a stellar 69% clip. The Jazz should employ more Mitchell-Gobert pick-and-roll plays in Game 2. When Rockets center Clint Capela switches, Mitchell should make sure to let Gobert take advantage of his smaller defender in the paint.

The Rockets only had 10 total turnovers. 24 of the Rockets’ 29 defeats in the regular season came when they committed 11 or more turnovers. Utah’s best chance of stealing a game in Houston is to force the Rockets bevy of playmakers to make difficult decisions that would lead to turnovers. Suffocating defense anchored by Gobert has been the Jazz’ trump card this season, and it will be all-important in Game 2.

Prediction: Rockets go to Utah with a commanding 2-0 lead

The Rockets will be extra pumped-up going into this game. With the Golden State Warriors losing in an embarrassing fashion in their Game 2 match-up with the Los Angeles Clippers, Harden and the Rockets will make sure they won’t fall to the same demise. The Warriors losing a vital cog in the injured DeMarcus Cousins has further sparked the light in the tunnel for Houston. Mitchell and the Jazz will put up a fight in what would be a close-call Game 2, but the Rockets would not afford losing a home game in this series.