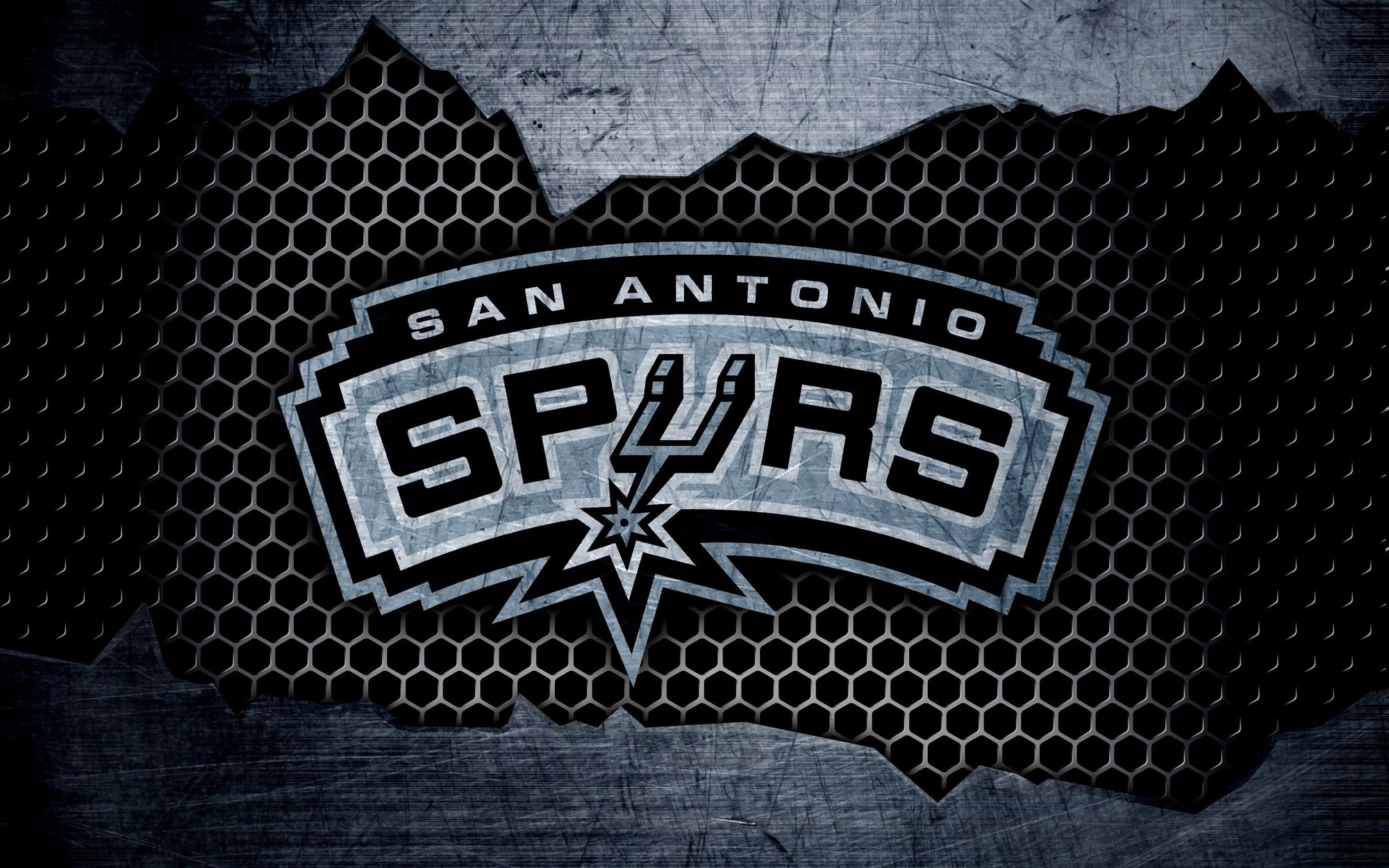 Very Early NBA 2020-21 Season Predictions: Continuity Is Not The Answer For The Spurs Anymore

The longer the fun has lasted, the more difficult it is to let go of it. Head coach Gregg Popovich and the San Antonio Spurs have long been the standard of roster continuity and team chemistry in the NBA for so long that it is off-putting to see them struggle this season. They currently sport a 27-36 record, and are sitting on the 12th spot in the Western Conference. Even with two proven stars on their team, their offense is not clicking as it used to be. Their defense is one of the worst in the league right now, something that we never expected from a squad coached by one of the most brilliant basketball minds there is.

But the thing is, this did not happen in an instant. When legend and soon-to-be Hall of Famer Tim Duncan retired in the summer of 2016, they managed to hold the fort and barge into the Western Conference Finals. They understandably lost to a powerhouse Golden State Warriors squad, but that loss would mark the start of their downfall.

They would bow out of the first round of the playoffs in the next two seasons, and their famed Big 3 formally disbanded last season. Manu Ginobili announced his retirement, while Tony Parker signed a contract with the Charlotte Hornets. On top of that, they shipped a disgruntled Kawhi Leonard to the Toronto Raptors, a move that ultimately left the team without their key core players from the 2014 championship squad.

Most importantly, the Spurs haven’t been a joy to watch in the past couple of years. Even without a widely-advertised superstar such as LeBron James or Kevin Durant in the past two decades, they have earned the love of basketball fans through their fluid ball movement and efficient offensive sets. However, it has become obvious that their current group of hoopers just can’t mesh together and it is time for the Spurs to enter a new territory and finally rebuild.

Even so, Duncan’s upcoming enshrinement to the Hall of Fame should be a silver lining for a very frustrating year for the Spurs franchise. An elated Duncan told ESPN that it will be the end of a very incredible basketball career.

"It's kind of the end of the journey here. It was an incredible career that I enjoyed so much. To call it a dream come true isn't doing it any justice, because I never dreamt I would be at this point. I played the game, enjoyed the game, loved what I did, and to be here now with the guys I will be put in the Hall of Fame with is just an amazing class."

The inevitable should be a difficult proposition for the Spurs franchise to accept, but the writing is already on the wall. Both their two stars are aging, and they have a bevy of young stalwarts who have shown tremendous progress this season. Let’s take a look at the team’s prominent figures whose presence can either make or break the franchise’s future.

Looking back at his long, illustrious career with the Spurs, it is actually mind-boggling how the NBA has failed to give more Coach of the Year trophies to Popovich. In the 22 consecutive years that he steered the Spurs to the playoffs, he just won three of those awards. But there were many times, especially during this decade, that Popovich worked his magic to make the most of his roster and the team’s aging Big 3.

Even so, nothing should be taken away from the continuous success that Popovich has brought to the Spurs franchise. Lots of teams have followed the blueprint that he set forth in San Antonio, and most of his former assistant coaches are now prolific head tacticians in the league.

One of those associates who is now blazing a coaching trail in the NBA is Charlotte Hornets head coach James Borrego. After serving as assistant coach for the New Orleans Pelicans and the Orlando Magic, Popovich got wind of his potential and invited him to the Spurs’ coaching staff in 2015. Three years later, Borrego secured a top coaching role for the Hornets.

As per Chinmay Vaidya of Watch Stadium, Borrego praised the culture that Pop has instilled in San Antonio. The young coach now hopes that he can bring that winning culture to Hornets, a team that has been struggling to get over the hump in the Eastern Conference.

“I’ll never forget that moment. That’s how [Popovich] deals with life and people. He gives you opportunities and you got to be ready for them. He wants you to feel included and a part of everything that you’re doing in the program. We enjoy each other. That was the number one thing I took from his time, we enjoy each other.

There’s a bigger picture here. There’s a life out here we’re trying to live,” Borrego said on his time in San Antonio. “Basketball is our job. It’s what we do, but it’s not everything. When we come to work, there’s an expectation and a pride about how we work. I learned that balance from him. Balance is big and I’ll always take that from my time in San Antonio.”

With that said, Popovich’s voice and calming presence in the locker room are what makes him one of the most respected basketball coaches in the world. He also has a knack for seeing the potential in young players, some of whom are not even in the scouting radar of NBA teams before the draft. Both Ginobili and Parker are not high-profile prospects before they turned pro, and Kawhi almost fell out of the lottery when the Spurs selected him with their 15thpick in the 2011 Draft.

Most importantly, Popovich is a stellar on-court strategist whose fluid offense has taken the Spurs to above and beyond what they are expected to achieve. But there are talks about the possibility that the 71-year old coach will be retiring at the end of the season. If the Spurs blow it up in the offseason and focus on rebuilding the team, it could also mark the end of the Popovich era in San Antonio.

Last November, Tom Osborn of San Antonio Express-News wrote a column that included what could be Pop’s hint on his impending retirement.

“It’s always different coming onto a court when the star (Dirk) that was basically the backbone of the franchise is gone. It sort of gives you pause and makes you understand how fortunate you are to still be there, I guess. Pretty soon I won’t be.”

As Pop continues to age, it will also be very difficult for him to go through the daily rigor and travel that an NBA team is required to go through. Furthermore, he is also coaching the country’s national team and the squad’s disappointing finish in last year’s FIBA World Cup should force Popovich to devote most of his time in ensuring that that won’t happen again.

The Spurs will indeed take a big hit if Popovich decides to step away from the NBA. Even so, his influence and legacy will no doubt be forever imprinted in the franchise. Assistant coach and former WNBA star Becky Hammon is anticipated to be the frontrunner for the potential role.

DeRozan’s case is not that tricky as it looks on paper. The four-time All-Star has a $27 million player option this offseason, and there are numerous reports saying that he will opt out of it if the Spurs front office will not offer him a multi-year extension. Even though he is already at his thirties, DeRozan still has a couple of years left before he enters the twilight of his career. He has been mostly healthy throughout his career, and his body is not that overworked as other 30-year old superstars in the league.

Moreover, DeRozan has also grown into an incredible facilitator under Popovich’s offense. He put up a career-high 6.2 dimes last season, and his 5.6 average this year is his second-best output in the assists column. DeRozan is growing his all-around skill set, a very essential factor in the success of a veteran star like him.

However, is it enough for the Spurs to commit to him for the next few years? The team may already have the backcourt of their future with Dejounte Murray and Derrick White, and sophomore combo guard Lonnie Walker IV is slowly finding his niche in the Spurs rotation. Bryn Forbes, their starter at the shooting guard position, will enter restricted free agency in the offseason and it makes a lot of sense for the team to match any offers for their 3-and-D player.

The Athletic’s Spurs beat writer Matthew Tynan recently wrote a column that detailed his view on DeRozan’s relationship with the Spurs. It was reported earlier this year that the scoring swingman is unhappy at the situation that his team is in, but Tynan believes that there is no trace of truth to those rumors.

“I know reports surfaced recently that DeRozan was unhappy, but I have neither seen nor heard evidence of that being around these guys this season. Now, you can point to the fact the two sides haven’t reached an agreement on an extension, and perhaps that could lead to a rift between player and team, but he has a player option for next season that would allow him to opt in regardless. On top of the fact he vehemently denied any sort of unhappiness, he’s generally seemed fine to me from up close.”

Of course, the money will also be a decider in this issue. We don’t know if DeRozan can still make that much money if he decides to enter free agency, although this year’s class is a very shallow one and he can take advantage of that. Or DeRozan can opt into the final year of his contract with the Spurs, and put up a spectacular season that will increase his value in the 2021 free agency.

Aside from DeRozan, the Spurs also have to deal with their 34-year old star big man LaMarcus Aldridge. The seven-time All-Star has been in numerous trade rumors this season, and he is entering the final year of his contract next year. The fact that he is on expiring contract will make it easier for the Spurs to find an interested trade suitor for him as teams want their cap space cleared out to make room for a big-name free agent in 2021.