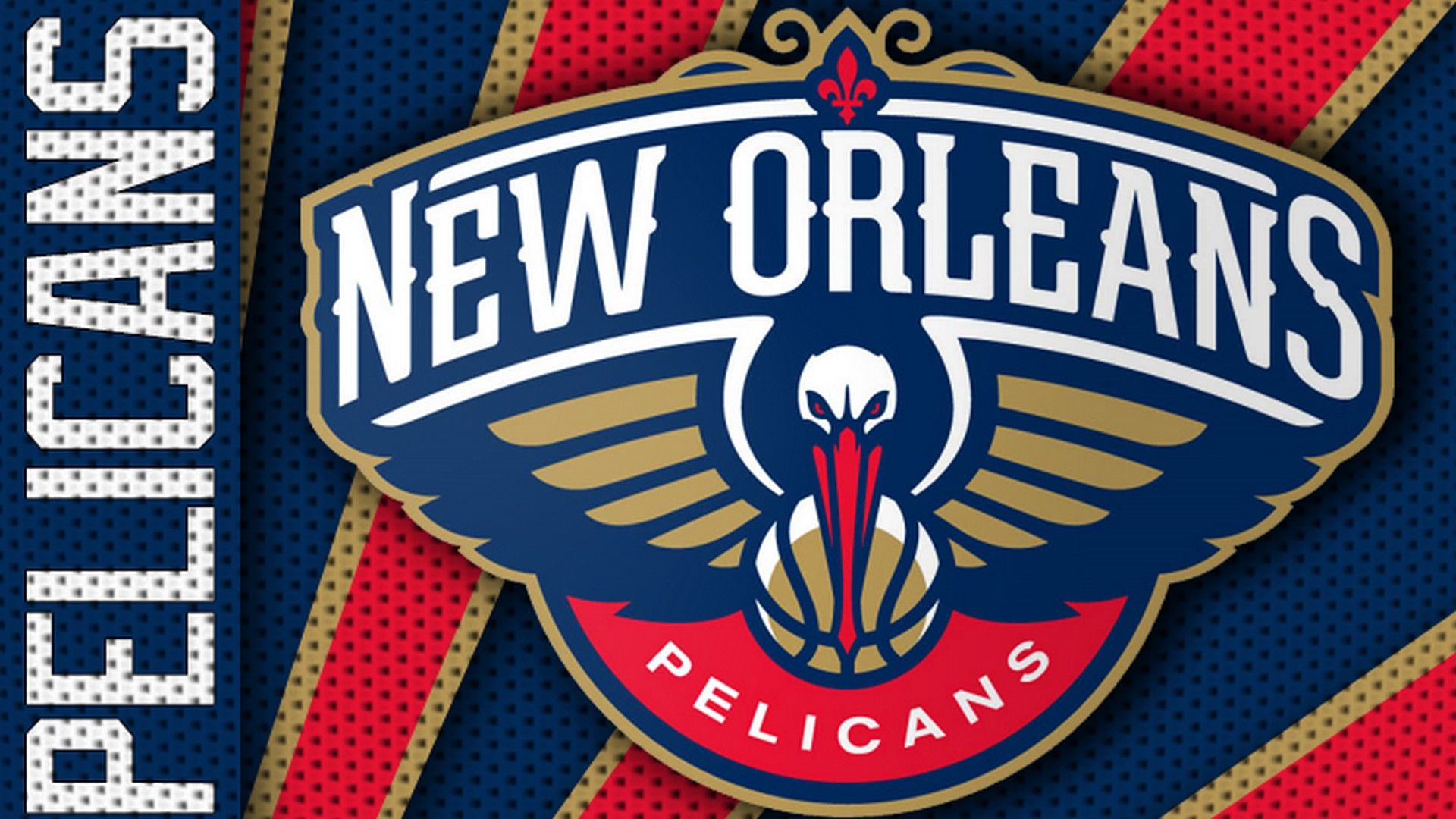 Should the NBA decides to resume the current season, experts believe that they would scratch the rest of the regular season games and just proceed to the playoffs. The NBA can’t sit on this current season too much because it would lead to a drastic change in the league calendar. There are speculations that there will be a mini-tournament to pick the 8th playoff team in each conference, but that was not met a lot of traction.

Of course, we still don’t know when it will be safe for the players to engage in a basketball game. This global pandemic could eventually force us to stay in our homes for at least a couple more months or even more. But if the league opts to immediately hold the playoffs, it would be a shame for teams who are still in the running for the last ticket to the postseason. One of those up-and-coming squads is the New Orleans Pelicans, who have come to life since their prized rookie recruit finally made his debut mid-way through the season.

Despite possibly missing out on the playoffs and coming up with a losing record, this is definitely not a lost campaign for the Pelicans especially considering that this is their first season after trading away their long-time superstar Anthony Davis. They have one of the most number of nationally-televised games, and the arrivals of Zion Williamsom, Brandon Ingram and Lonzo Ball have given their home base much to look forward to.

As per ESPN’s Andrew Lopez, team vice president of basketball operations David Griffin emphasized how the culture within the whole organization has changed for the better. Griffin also expressed his joy in seeing how the players have become a second family to each other.

"I think our players are very close individually. I think organizationally, I think if  you talk to most of the people in it, they would tell you that 'family' is a big focus of what we've brought to this, so we're trying as best we can to connect with as many people on as many different levels as possible.

The culture here has changed a great deal for the better, and I think players love being a part of what we're building. In terms of [wanting] to play meaningful games coming down the stretch, I think we feel like we will have been cheated out of that potentially if we don't get to play, but I think we were very clearly in that space. ... We've put ourselves in a decent position that way, but certainly, in aggregate, you would say, on the court, we didn't get to experience what we hoped if the season were called and off the court, I think we were more successful than we had any right to dream we could be."

Most importantly, they don’t have the luxury to lick their wounds because they have plenty of work to do in the offseason. Of course, re-signing All-Star forward Brandon Ingram is their topmost priority. Ingram has improved his efficiency in terms of his shooting, passing and overall impact on both ends of the floor. Ingram will be a restricted free agent, but reports have it that the Pelicans will match any offer sheet that other interested teams might give him.

But it is not Ingram’s free agency that will give the Pelicans front office some headaches. Veteran starting center Derrick Favors, sixth man E’Twaun Moore, and the much-improved Jahil Okafor are entering unrestricted free agency, while youngsters Frank Jackson and Kenrich Williams are set to become restricted free agents. Let’s analyze how Griffin and his team should approach their very important offseason moves.

Favors didn’t have exactly a great first season in New Orleans, but he produced career-highs in the rebounding, assisting and field goal percentage departments. The only downside is his lowly 58% clip from the free throw line, but the 28-year old combo big man is the Pelicans’ steadiest presence on the frontcourt. Aside from Favors, the team’s rotation of centers include rookies Jaxson Hayes and Nicolo Melli, and the unproven Okafor.

Favors’ scoring may have dipped, but he is not expected to be a high-level or even a high-volume scorer for his new team. Ingram, Williamson and Jrue Holiday will take care of that department. Yet, it is essential for the Pelicans’ shot creators and playmakers to know that they have a big man with a soft touch around the rim like Favors to whom they can drop the ball to when they are driving down the lane. More than that, the 6-foot-9 center also has the ability to step out to the mid-range or score from the low post in a very efficient rate.

Yet, offense is not Favors’ biggest contribution to the team. It is in the defensive end that he does his most damage. Bleacher Report’ Dan Favale wrote that the Pelicans register a much higher defensive efficiency rating when their veteran big man is on the floor.

“Opponents are both getting to the rim much less and converting point-blank looks at a lower clip when Favors is on the floor. He doesn't have the quick feet of, say, Bam Adebayo, but ball-handlers still have a difficult time cooking him on switches. He  does a nice job staying in front of them, won't bite on head fakes and has the lateral gait to remain attached at their hip when they do put their heads down.

Not surprisingly, the Pelicans' defense improves by 5.3 points per 100 possessions with him on the floor, the second-highest swing among all their rotation players and of the largest differentials in the league, period. So while Jrue Holiday, Lonzo Ball and Brandon Ingram all shoulder harder assignments on a game-to-game basis, Favors is the glue guy who helps hold everything and everyone together.”

So for Griffin and the Pelicans front office, re-signing Favors should be nearly as important as Ingram’s extension. Favors has always been underrated in his impact on both ends of the floor. Save for the passing and the three-point shooting, his play is similar to like how Al Horford approaches the game. Both big men have high basketball intelligence, and their performance on defense just goes beyond what the stat sheet indicates.

It is also worth emphasizing that Favors is only 28 and is still arguably at the peak of his career. Contending teams will surely take an interest on him, especially considering that the 2020 free agency class doesn’t have a bunch of superstar names who are still really pondering on where they will sign. It is almost impossible for Anthony Davis to leave the Los Angeles Lakers, and the Pelicans will absolutely not let go of Ingram.

Having said that, the Pelicans will face competition in nabbing the services of Favors. He could net a payday of more than $10 million every year given his importance on both offense and defense. Even so, the Pelicans need Favors’ veteran presence to continue their collective progress.

Prediction: Favors stays in New Orleans for a short-term deal

Even though Moore’s three-point shooting percentage has dipped this season, he is still an outstanding long-range gunner. The 31-year old shooting guard has a good inside-outside offensive game, and he is dependable on the defensive end. Moore has been the Pelicans’ starting shooting guard in the past couple of seasons. But as expected, his role and playing time decreased with head coach Alvin Gentry relying more on Ball, JJ Redick and Josh Hart in the backcourt.

Moreover, Moore is also on an expiring contract. Above average 3-and-D players like him are highly-valued in the free agency market, so it’s safe to say that several suitors will come knocking on his door. But the Pelicans front office will not feel pressured into re-signing their veteran swingman. With Ball growing into a very consistent three-point shooter and Hart valued as a two-way player, the team has the luxury to let go of Moore.

Still, there is a possibility that the Pelicans will try to retain Moore. He is a good insurance when Redick gets injured, and he is a steady veteran presence on the court and inside the locker room. As per SB Nation’s Oleh Kosel, Pelicans general manager Trajan Langdon reiterates the franchise’s desire to surround their talented young players with every veteran presence that they can bring on board.

“We have a group of guys that are very competitive. The guys that are going to come in here, mentally, are going to have to be ready. They’re going to have to be tough. They’re going to have to be strong-minded. Because I think we have a group, if you fast forward a year, is going to be ready to take a big step. Whoever’s not on board to do that — to sacrifice, to step their game up — it’s going to be difficult for those guys to survive in this environment because I just think it’s going to get more competitive and {there will be} higher expectations every year. We need to have guys with the mental fortitude and that will to be a part of this group and push this group in not only games but in practice every day. And that takes a special kind of person and those kind of people are the ones we’re looking for.”

Moore’s consistency in shooting the three ball could net him a salary ranging from $5-7 million per year. He could take a pay cut to help the Pelicans be more financially-flexible, or sign a one-year or short-term contract. But it would be better for Moore to take his talents elsewhere, probably a playoff contending team who needs more shooting and defense.

The Philadelphia 76ers are always looking for consistent shooters, as well as the Utah Jazz and the Houston Rockets. Moore’s ability to play both wing positions effectively could make him a prime target for the Rockets.