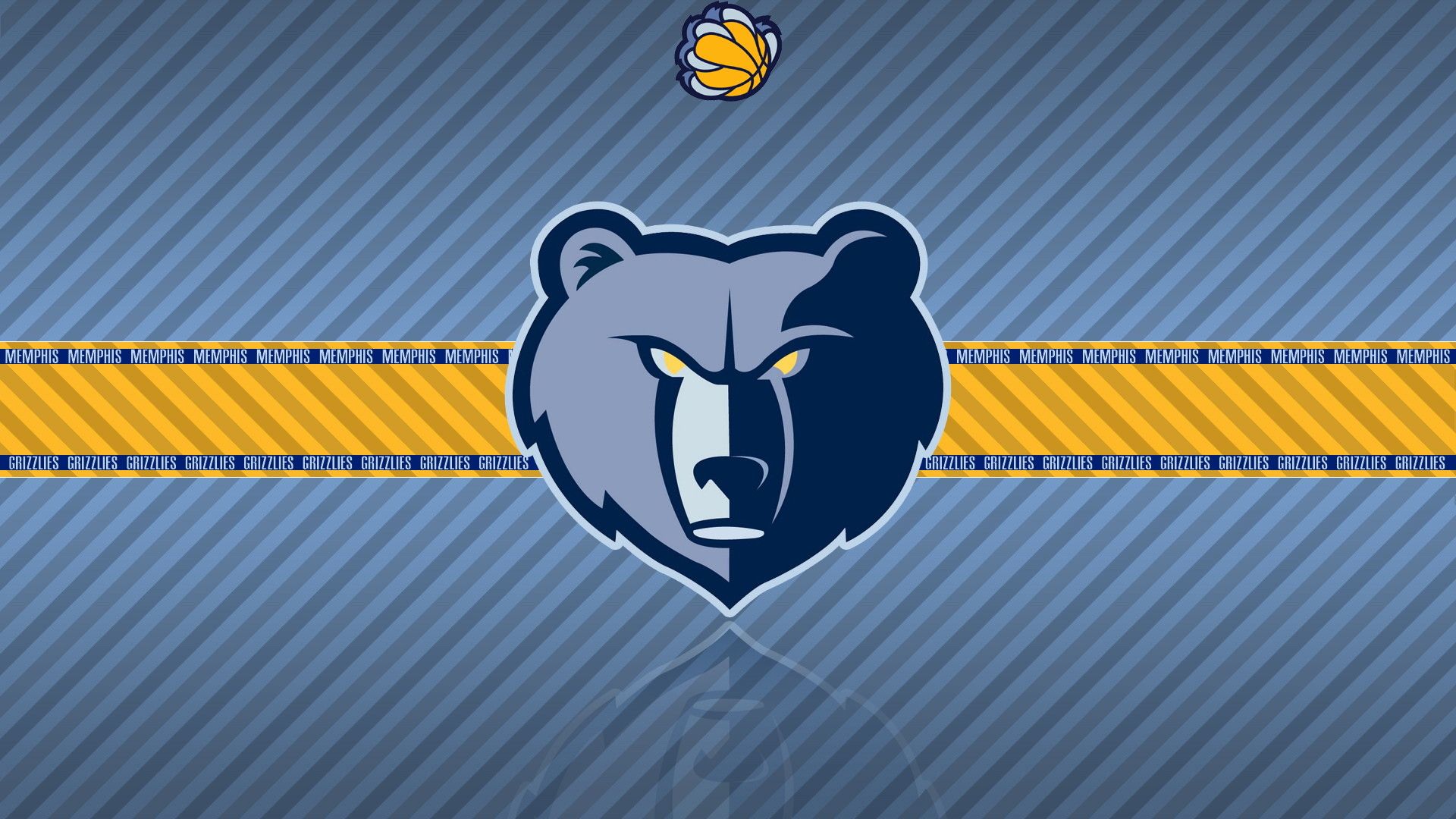 Arguaby the best surprisingly-good team in the NBA this season, the Memphis Grizzlies have exceeded every expectation and are now positioned as the 8thseed in the stacked Western Conference. To give you a quick snippet of how they have beaten the odds this season, the Grizzlies have overtaken a bevy of veteran squads for the last playoff spot in the conference. They are ahead of Damian Lillard and the Portland Trail Blazers, who were a series win away from entering the Finals last year. They are also being chased by Gregg Popovich and the San Antonio Spurs, the ever-reliable squad whose 22-year run of being in the playoffs we thought would never end.

Without a single veteran star or even someone close to it on their roster, the Grizzlies have banked on their youth, energy and relentlessness to win games. Rookie Ja Morant and newly-installed head coach Taylor Jenkins are both in the first year on their respective jobs, yet they are already beating out their more seasoned and experienced counterparts.

If the NBA decides to immediately hold the playoffs once it is already deemed safe to hold games, the Grizzlies will have an exciting yet daunting task in front of them. They will go up against LeBron James, arguably the second-best player in basketball history, and his co-star Anthony Davis, who is at the very peak of his career. As per Michael Wallance of Grind City Media, Jenkins said that his joy in seeing his young team succeed but also emphasized his desire to keep his team hungry and excited when the games resume.

“There’s no script for where we’re at as a team, as a league, and for me as a coach. It’s unprecedented for sure. But we continue to keep them engaged and excited about their development.

Hopefully we do resume, pick up where we left off. At end of the day, I don’t envy any  of those decisions. So many factors are involved. My focus is on what messages are we sending our players in each session we have for them. Hopefully, we’re doing enough in the meantime to keep our guys engaged. I have utmost faith in our team, no matter   what’s thrown our direction. We had a 3 ½-games lead, in that eighth seed, (and)             earned the right to be in that spot. No matter what’s thrown at us, we’ll be in a great position to make that playoff run.”

Of course, the Grizzlies organization also has to take into consideration the possibility that the NBA has no other choice but to totally scratch off the season. The safety of the players, coaches and the staff should be of utmost importance in every decision that NBA Commissioner Adam Silver has to make from this point on. With that said, it is never too early for the Grizzlies management to start plotting out their moves in the offseason.

The fact that only two players, Josh Jackson and De’Anthony Melton, are coming off their salary book is a blessing and a curse for the Grizzlies front office. The blessing is that they can continue what they have started without worrying if one of their key players will walk in free agency. The curse now is that they will have the dilemma of identifying which player has underperformed, and then figuring out if they should trade that player away or give him another chance.

With no upcoming key free agents in their roster, let’s identifying who among the Grizzlies players has a murky future with the team.

After being thrust into a full-time starting role for the Spurs during the 2017-18 season, it was perfectly understandable why Anderson appeared on the radar of a lot of teams. It is not common for Gregg Popovich to just trust a 24-year old player with tons of playing time. But there’s no denying that Anderson showed a high level of potential back then. He may not possess the athleticism and speed, but he did things uncommon for a 6-foot-9 player. There was a certain grace and discipline in his game, and his basketball IQ stood out among young players like him.

As the Spurs didn’t have enough financial flexibility to keep him after that season, the Grizzlies put up an offer sheet Anderson, who was then a restricted free agent. Anderson was actually excellent in his role as a glue guy during his first year in Memphis. He normed all-around numbers of 8.0 points, 5.8 rebounds, 3.0 assists and 1.3 steals, while only turning the ball over 1.3 times per game.

However, this second go-around with the Grizzlies proved to be a bit of a disaster. His minutes dropped, along with his overall value to the team. His shooting percentages continue to be abysmal, and rookie power forward Brandon Clarke has quickly overtaken him in the rotation. Peter Edmiston of The Athletic recently wrote that Anderson’s declining value in Jenkins’ rotation could mean that his partnership with the Grizzlies has reached a dead end.

“They spent last summer and the recent trade deadline putting together a group of players that meets a certain criteria — young, athletic, versatile, smart and loaded with potential for growth. Looking up and down the roster, you can see where almost everyone fits, even Justise Winslow, who has yet to play a single minute in Beale Street Blue. I say “almost” everyone because there’s one player who looks a bit out of place, and his future with the organization is worth considering.

That player is Kyle Anderson, a jack of all trades but master of none, a player who — when everyone is healthy — doesn’t seem to have a natural place on this roster. Anderson has always been something of an enigma. His best position in college, at UCLA, was point guard, but he’s rarely played that spot in the NBA. His 6-foot-9, 230-pound frame and a distinct lack of athleticism make him a difficult fit as a full-time point guard, but he doesn’t impact the game, especially on offense, nearly as much at any other position.”

But then again, this does not mean that Anderson has become a bad player. His value may have declined within the Grizzlies squad, but he is still a very dependable glue guy in any team. Anderson has tremendous instincts on the defensive end, making up for his lack of lateral quickness and foot speed. If he can develop a more consistent shot from long-range and combine it with his already-good passing skills, he could be a multi-dimensional operator on the offensive end.

Letting go of an all-around, highly-intelligent player like Anderson would prove to be an easy choice for the Grizzlies thanks to their acquisition of Justise Winslow. The 6-foot-6 defensive forward is yet to log in a single minute for the Grizzlies, but is already expected that he will play a key role for this young team next season or when the current year resumes.

Coming in as a defensive-oriented player but lacking the offensive skills to go with it, Miami Heat head coach Erik Spoelstra has developed him into a “point forward.” Winslow is not exactly quick and he doesn’t have elite ball-handling skills, but his patience and vision allow him to read the defense and make the correct passes to his teammates.

In a separate column for The Athletic, Edmiston detailed out why Winslow would be a perfect fit for the Grizzlies.

“It’s easy to see why the Grizzlies wanted to acquire Winslow. His ability as a ballhandler and his growing capability in creating for others make him a perfect fit for Taylor Jenkins’ movement-rich, high-tempo offense. He can play alongside Morant, as he did Nunn, with both players capable of starting and finishing plays. Morant will clearly have the ball in his hands more than Winslow, but Jenkins loves to play with multiple passing weapons. The Grizzlies increasingly tried to employ   Morant as an off-ball threat, hoping to deliver the ball to him cutting toward the basket to better leverage his otherworldly athleticism. Winslow will provide another avenue to help make that happen.”

Most importantly, Winslow age (24 years old) fits right into the Grizzlies’ timeline. The lefty small forward would immediately be the team’s defensive anchor, and he will take some off Morant’s heavy workload on offense.

Prediction: Winslow lands a starting role for the Grizzlies