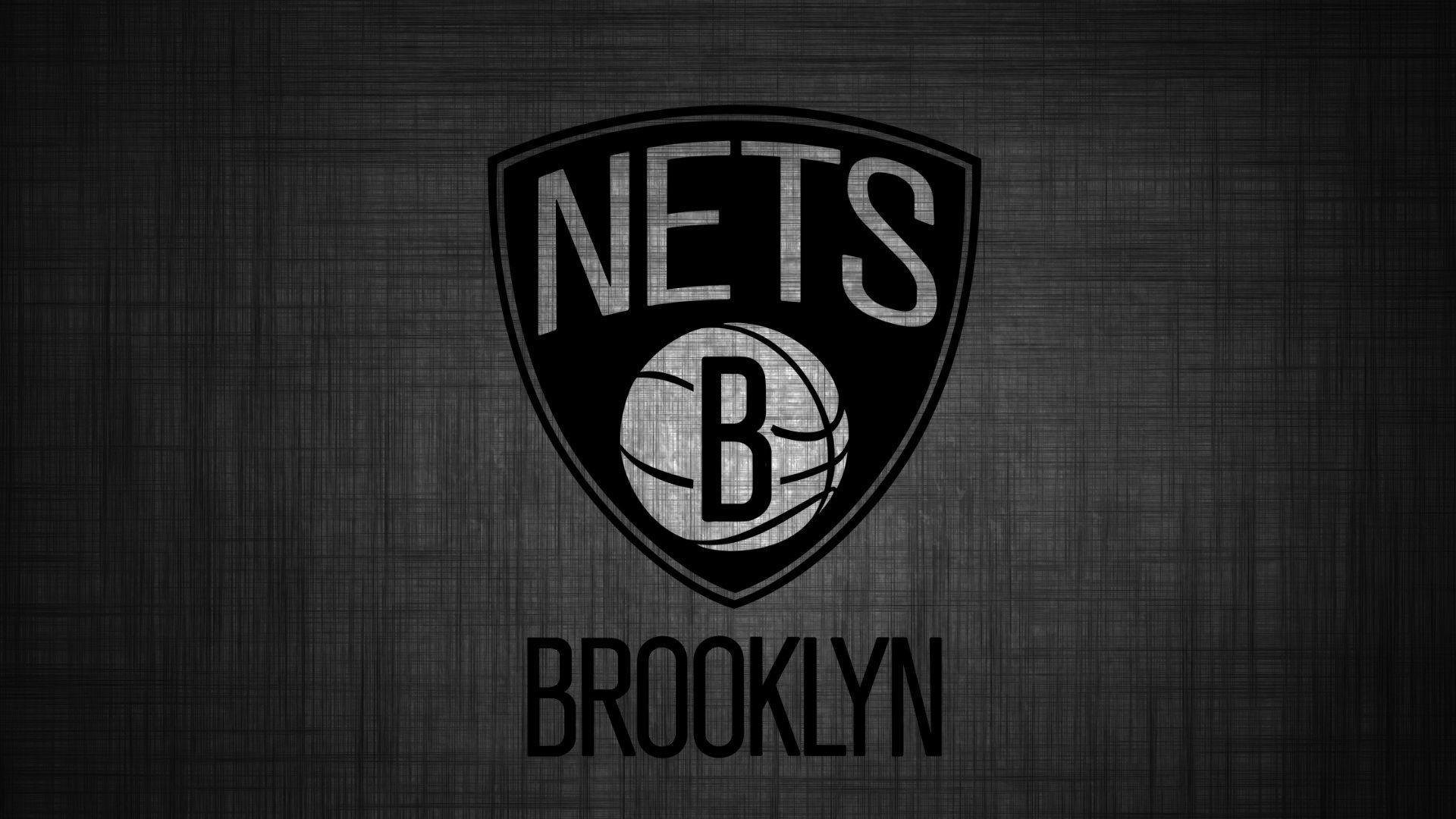 Very Early NBA 2020-21 Season Predictions: Who Will Remain In Brooklyn Next Year?

Make no mistake about it. The Brooklyn Nets are primed for a major personnel movement in the offseason. Sure, they already went through quite a revamp last summer when they shipped All-Star point guard D’Angelo Russell to clear out cap space for their big-time acquisitions of superstars Kyrie Irving and Kevin Durant. But expectations were never that high for the Nets going into the current season, as it was highly-anticipated that Durant will need the entirety of the year to recover from his major Achilles injury.

Yet, the Nets are still currently playoff-positioned in the Eastern Conference. It is a special feat, given the fact that Irving has only appeared in 20 of the team’s 64 games this season. Obviously, the supporting cast in Brooklyn is a strong and resilient mix of tough vets and up-and-coming young talent. But are they fit to surround Kyrie and KD on the same court at the same time?

After pulling off a very surprising firing of head coach Kenny Atkinson, team general manager Sean Marks appeared on WFAN’s Benigno and Roberts Show and singled out his two superstars’ names as important influences in how they will retool the roster.

"I'm absolutely not worried about that at all… I love that our players have ownership in this. (Kyrie) and Kevin (Durant) and the rest of guys that have all signed on here and are a part of this, they hope to build this, hope to build something sustainable and something not only they can be proud of but that's long-lasting for the borough. So, I always take a select handful of players in terms of (talking to them about) how  we continue to build this. We've done that from Day 1, gathered their thoughts."

With the exception of the Nets’ two superstars and veteran big man DeAndre Jordan, who are expected to be untouchables in any trade talks, let’s take a look at the team’s three key cogs who could get traded or not next offseason.

Dinwiddie is a star, that is without any doubt. He is only logging in 31.2 minutes per contest, but his Per 36 minutes production is astounding. If Dinwiddie is playing at least 36 minutes per game, Basketball Reference’s statistical tools have him producing 23.8 points and 7.8 assists this season. Dinwiddie can put up an All-Star worthy season, but it is just unfortunate that he has been backstopping two star point guards since last year, particularly Russell and Irving.

With an elite shot-making and a much-improved playmaking ability packed in his skill set, there is no question that Dinwiddie should already be a starting point guard for any team. Jacque Vaughn, who was promoted to the head coach role after the Atkinson ouster, emphasized how Dinwiddie has improved in every facet of his game, as per Brian Lewis of the New York Post.

“We’re going to put more responsibility: Whether it’s play-calling, whether it’s getting guys in the right position, he has the ability to do that and we’re going to keep pressing him to do that more. Mentally right now he’s in a good place and he’s one of  the more special, physical people we have on our team.

He’s growing as a basketball player. It’s great to see it. He has layers of his game that he’s unpeeling. One of them was the emotional part.”

But no matter how difficult it is to let go of a proven shot creator and facilitator that Dinwiddie is, the Nets front office doesn’t have any choice but to do it. Dinwiddie gets his rhythm when on top of a pick-and-roll offense, a set-up that will require the team to always give him the ball. However, Irving and Durant will return next season and they will immediately account for more than half of the team’s field goal attempts and a very high usage rate on offense.

Furthermore, Dinwiddie is yet to establish himself as a consistent three-point shooter. We haven’t seen him go for more off-ball scoring opportunities, so existing in the same court with the team’s two superstars could indeed be a problem.

Prediction: Will be traded in the offseason

LeVert should be the Nets’ most valuable trade asset. The 25-year old, 6-foot-6 swingman can play both wing positions, and has the ability to manufacture his shots both as a ballhandler and as an off-ball gunner. He has vastly improved his three-point shooting with a career-best 38% clip this season, while maintaining a good credibility in terms of his playmaking.

LeVert’s multi-dimensional offense while still having tons of potential to grow should make it very, very difficult for Marks to involve him in a trade. He has upped his production in each year that he is in the league. Moreover, Durant and Irving will gain most of the attention of opposing teams’ defense next year, opening up a lot of space and freedom for LeVert to create his shots.

Most importantly, the young gunner is comfortable in the spotlight and performs great under pressure. He averaged 21 markers and a solid 46% three-point clip in the playoff series against the Philadelphia 76ers last year. This season, he put up a 51-point performance in Brooklyn’s win over the powerhouse Boston Celtics. With much of the national spotlight shining on the Nets next season, it is safe to say that LeVert won’t wilt.

Atkinson, the team’s former coach, emphasized how the young stalwart has improved his understanding of the game on both offense and defense, as per Tom Dowd of Brooklynnets.com.

“He’s back on that kind of All-Star Caris that we’ve seen in stretches. His challenge now is to do it for longer periods, obviously stay healthy. He looks great, feels great.  I’m really happy with his defense. The offense, great, 34 points all that. But I think   you’ve seen over this stretch here, we’ll put him on the other team’s best player, without hesitation. I told him the example, Bradley Beal. Scott Brooks said after Bradley Beal’s a great player because he’s a two-way player and I think that’s a challenge for Caris to become that two-way player where you go from a really good player in this league to a great player. He’s obviously a high-steal guy, seven deflections last game. He’s all over the place. And he’s really gotten into a nice groove defensively. In his early years, he was kind of all over the place. Tons of energy,super-competitive. I just think he’s settled into knowing the league a little bit better, knowing how to pick his spots.”

On top of his obvious potential and his already-proven package, what makes LeVert very intriguing as a trade asset is his relatively bargain contract. The Nets gave him a three-year, $52 million extension last summer, a team-friendly contract for an excellent two-way player. It is a sure thing that a high number of teams will definitely ring up the Nets’ phone lines for the services of LeVert. How will Marks and his people respond?

The Nets front office can attack this good problem in two ways. First, they could trade Dinwiddie for a solid quality role player who can fit in with Durant and Irving. While the team already has good perimeter defenders in Taurean Prince and Garrett Temple, they are still in need of a lengthy lockdown defensive ace who can effectively guard the likes of Giannis Antetokounmpo and LeBron James. A Dinwiddie trade can even net them a borderline star if they throw in a couple more good players like Prince or the high-upside combo forward Rodions Kurucs.

But should the Nets opt to go all-in for another All-Star and create a Big 3 of their own, the combination of Dinwiddie and LeVert should be an alluring starting point.

Prediction: Will be retained but evaluated for possible mid-season trade

After putting up near double-double numbers while logging in 26.2 minutes last season, Allen was primed for a break-out season in his third year in the league. But Kyrie and KD lobbied for Jordan to be part of the roster, leaving Allen’s starting role in peril. It is a league ruled by superstars, and Allen learned this the hard way.

To make matters worse, the Nets fired Atkinson, the coach who believed that Allen is the more deserving center for the coveted starting role. The 21-year old high-leaping big man was relegated to a sixth man role when former assistant Jacque Vaughn assumed the head coaching job and there are plenty of reasons to believe that this will be the trend moving forward.

Moreover, Allen is entering the final year of his rookie contract next season. It is of utmost certainty that the Nets will not have the financial flexibility to re-sign him when he enters restricted free agency, especially with Allen set to demand a lucrative multi-year contract. Rather than letting him walk in free agency, the Nets can view him as a trade chip, possibly someone to throw in alongside Dinwiddie or LeVert.

Prediction: Will be traded in the offseason