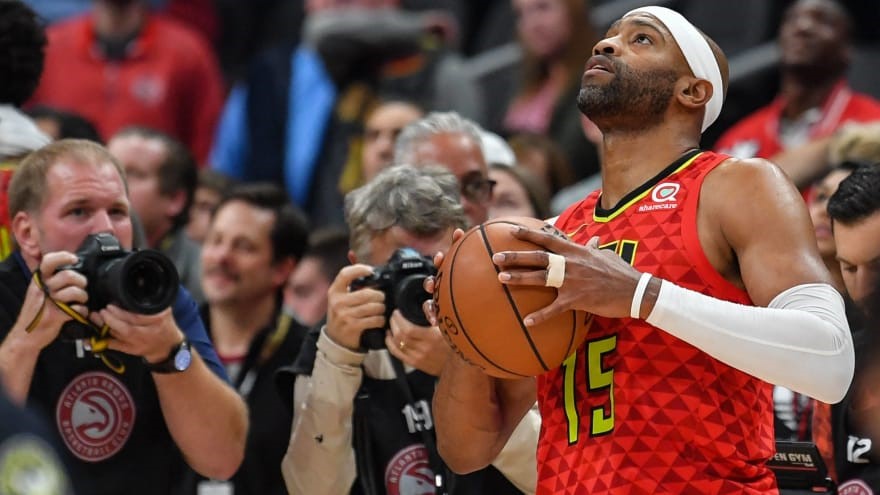 The Atlanta Hawks’ Vince Carter joined an elite club on Wednesday night. The league’s oldest player at age 41 became the 22nd player in NBA history to score at least 25,000 career points. Carter did so in meaningful fashion.

First, he scored his 25000th point on a dunk. Carter began his NBA career as one of the league’s most vicious dunkers in the game. He earned the nicknames “Vinsanity”, “Air Canada” and “Half Man, Half Amazing” because of his ridiculous grace, creativity and power in dunking the basketball. Carter won the Slam Dunk Contest at the 2000 All-Star weekend. His dunk over the 7-2 German center Frederick Weiss during the 2000 Olympics will always be remembered as one of the greatest dunks ever thrown.

But not only did Vince Carter reach 25,000 points on a dunk, he also did so against the franchise where he earned his stripes. Carter was the 5th overall pick of the 1998 draft by the Golden State Warriors but was traded to the Toronto Raptors on draft night. Carter thus became the first superstar to emerge from Toronto. After struggling in his first three seasons, Carter led the Raptors to their first ever playoff appearance in 2000 and their first ever playoff series win the following season.

Although the Hawks lost to the Raptors on Wednesday night, it was but fitting that Vince Carter got his 25,000th NBA career point on a dunk and against the Toronto Raptors. After the game, Carter spoke about his achievement:

"It was a great moment for me," said Carter. “Being around this long, you just want to play and accomplish as many things as you can. But 25K is 25K."

The 41 year old Carter is playing in his 21st NBA season and although he is no longer the dunking demon we used to adore, he can still ball and he still has some of his hops. After the game, Carter said he felt like he had a “weight lifted off his shoulder” but said he was thankful for the achievement. Added Carter:

"It's kind of mixed emotions," he said. "I still can't believe it, to be a part of an elite group for thousands and thousands of players who have played in the NBA…..This is one of those accomplishments that only 21 other guys have done," Carter said. "So it's definitely a special moment."

Carter’s special moment came off a pass from rookie Kevin Huerter and happened in the last second of Carter’s 1,423rd career NBA game played. In short, it was also a game ending dunk. Forget that the final score was 124-108 in favor of Toronto and forget the fact that Carter shot just 4-15 from the field. The Hawks were determined to give him the moment he truly deserves as one of the greatest players to ever lace up a pair of basketball shoes.

With the game out of reach and the teams competing for nothing except the final score, Atlanta Hawks’ head coach Lloyd Pierce put Carter back in the game knowing that he was nearing the milestone.

"I didn't want to do that, but I had to do it," Pierce said. "We had to keep Vince out there to get that milestone, and I feel a lot better for doing it. What a night for Vince, what a night for the NBA. To see a guy with 21 years in the NBA is a long time; 25,000 points is a lot of points."

With A Little Help From His Friends

Carter’s teammates also did their share as they fed him the ball whenever possible. Carter took a shot in six out of the Hawks final seven possessions, nailing a three pointer and hitting a pair of free throws before the buzzer beating dunk.

The crowd at the State Farm Arena roared after the conversion and an emotional Carter grabbed the ball after in went through the hoop and closed his eyes. Carter was given the game ball after which he walked to center court where he waved at the cheering Atlanta crowd.

The Hawks then honored Carter with a video clip where he received congratulatory messages from notable NBA players including former Hawks legend Dominique Wilkins who himself is a member of the elite 25,000 points club. 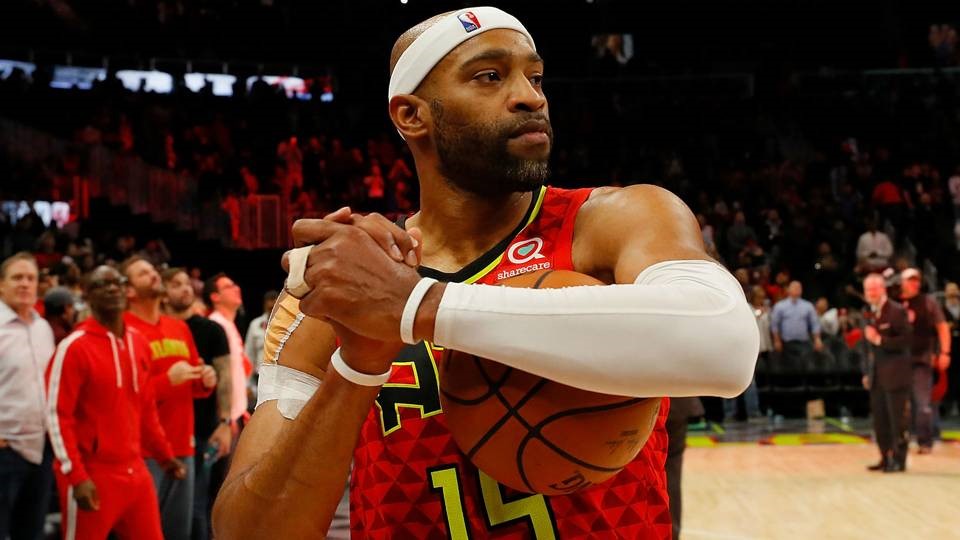 After starting his career as one of the league’s most electrifying dunkers, it appeared that knee injuries would end his career. But Carter worked his way back and reinvented his game as a reliable bench scorer. In recent years, he has become a mentor to his younger teammates while also acting as a stabilizing force inside young locker rooms. That’s why he’s in Atlanta, to mentor a young group of players led by this year’s 5th overall pick in Trae Young.

But aside from being just a nostalgic presence, Carter can still play basketball as he is currently averaging 7.4 points and 2.5 rebounds per game while making 1.5 three pointers a night. However, he is doing so on a rebuilding team and one that is 3-15 this season. Hopefully, Carter’s milestone is going to inspire his younger teammates, some of whom are two decades younger than him, to do whatever it takes to win just like Vince did whatever it took to stay this long in the league. Long Live Vince Carter!