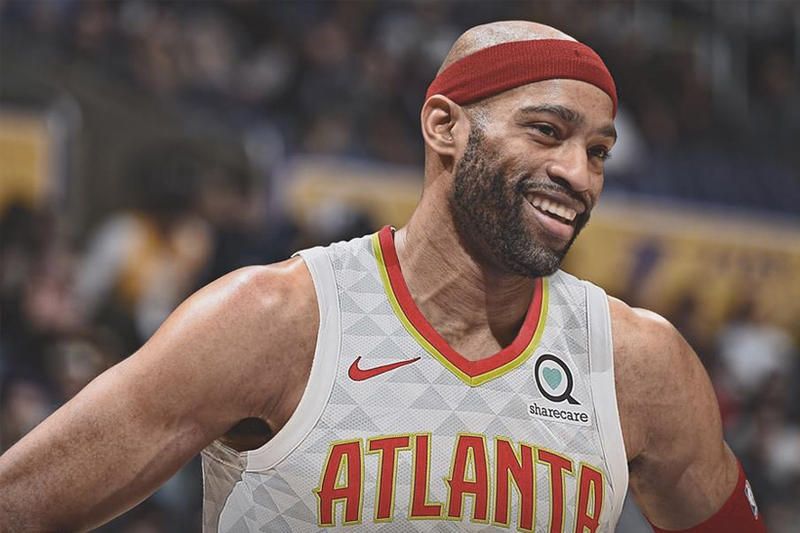 Vince Carter Officially Retires From The NBA After 22 Productive Years

Carter hangs up sneakers after 22 seasons

Vince Carter, a 22-year NBA veteran, has officially announced his retirement from professional basketball. The 43-year old former All-Star ended his productive NBA career through a statement he made during his own podcast on The Ringer’s “Winging It With Vince Carter.”

This announcement comes at the heels of the NBA reeling from the COVID-19 outbreak, although it has since been preparing for the season resumption at Orlando. With the fact that the Atlanta Hawks will not take part in the Orlando games, Carter admitted that it is indeed a very hard decision to make amidst the abrupt ending. (h/t ESPN)

"If there was any disappointment because of the season -- any of that -- it was kind of easier to put it aside and handle it that way. It's like, OK, it's something bigger than my career. ... It's unfortunate, but with the coronavirus taking people's lives rapidly, that's the big picture in my mind.

So I was able to put the weird ending -- the abrupt stoppage of play, to an ending -- aside for the bigger picture."

Through the entirety of his 22-year career in the NBA, the high-flying Carter has compiled averages of 16.7 points, 4.3 rebounds, 3.1 assists, and 1.0 steals per game while also shooting a decent 37% clip from the three-point line. Arguably one of the most versatile stars to play the game, Carter has also earned the reputation of being the best in-game dunker ever.

Carter was drafted by the Golden State Warriors as the 5th overall selection in the 1998 NBA Draft. However, the 6-foot-6 swingman never played for the Bay Area as he was immediately traded to the Toronto Raptors. Interestingly, he was exchanged for power forward Antawn Jamison, Carter’s teammate at North Carolina and also his close friend.

Carter spent six and a half seasons with the Raptors. With the exception of his rookie year, “Air Canada” notched All-Star appearances in every season he played in Toronto. He was then traded to the New Jersey Nets in the middle of the 2004-05 season, ending his stint with the Raptors. Carter would have two more All-Star selections on his belt as a member of the Nets before consecutive injuries stripped him of his athleticism and overall impact on the game.

But even after his All-Star years, Carter remained highly-coveted around the league. He became a journeyman after the Nets stint, playing for the Orlando Magic, Phoenix Suns, Dallas Mavericks, Memphis Grizzlies, Sacramento Kings, and most recently, the Hawks. Carter relied more on his outside shooting at the later part of his career, although he would occasionally show off his dunking ability to his fans.

Yet, Carter’s skill set is not just limited to his dunking and outside shooting. He’s one of the best multi-dimensional stars that the league has seen. Jay Williams, a former NBA player and now a basketball analyst, even compared Carter to the likes of Michael Jordan. During an appearance on ESPN’s Get Up, Williams emphasized how close Carter was to the skill set that Jordan had as a player. (h/t 247 sports)

“The interesting thing that will always be the reality about Vince is we just came off a great documentary in ‘The Last Dance’ in Michael Jordan and when you see the talent of Vince Carter, you see Michael Jordan. You see somebody who was as skilled, maybe more athletic, more graceful to a degree in the air, maybe skill-wise wasn’t all the way there as MJ was, but definitely had the ability to get there.

You always wonder if Vince was able to get it into another gear and sustain that gear, where would he be considered in the all-time greats? It would be a drastically different conversation than what we’re having right now about Vince. And it’s still respectful, it’s just what if, wow.”

To give Williams’ statement a point of legitimacy, Forbes’ Tommy Beer tweeted out a statistical fact that Carter share with an elite group. Beer pointed out that Carter is “one of five players in NBA history to score more than 25,000 points, grab more than 5,000 rebounds, dish out more than 4,000 assists and make more than 500 made 3-pointers.” Beer concluded this trivia by saying that only Carter, Jordan, Kobe Bryant, Paul Pierce and LeBron James.

Other quotes from notable NBA figures about Carter’s career and retirement:

"Vince Carter has made an indelible impact on the NBA with his remarkable skill  and enduring commitment.

For a record 22 seasons, he played with pure joy and created so many memorable moments as an eight-time All-Star, a Slam Dunk champion and an Olympic gold medalist. We congratulate Vince on a storied career and thank him for being a true ambassador of the game."

"Over the last two years, Vince Carter has been a committed leader, respected mentor and influential example on the court, in the locker room and in the Atlanta community. Throughout his historic 22-year journey covering an unprecedented four different decades, his evolving career arc was perhaps like none other in league history -- from Top 5 draft pick to Rookie of the Year to Slam Dunk Champion to superstar and eight-time All-Star to Twyman-Stokes Teammate of the Year and valuable role player. It's an honor to the Hawks organization that he completed his Hall-of-Fame career wearing Atlanta across his chest and representing our city.”

“Thank you @mrvincecarter15 .! Ill be forever thankful for you taking rookie jc under  your wings and helping mold me into the pro i am today! Enjoy the hall of fame legend it was one helluava ride glad to share some memories with you.! -99”

“Never wanted this day to come OG... 22 years playing at high level at the highest level is mind blowing... but you did it fam , All the Memories & Locker room talks will be with me forever !! THANK YOU @mrvincecarter15 #Vinsanity”