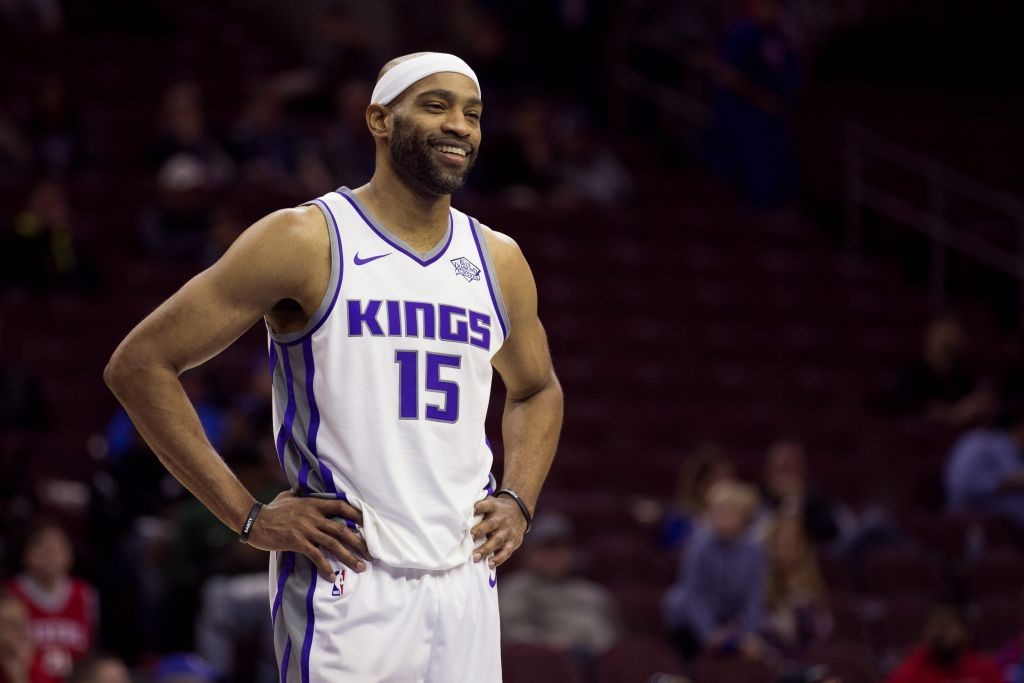 Vince Carter’s Longevity Is About His Love For The Game

Longevity seems to be the keyword for the NBA this week. First, we saw Dirk Nowitzki re-sign with the Dallas Mavericks for his 21st NBA season. By virtue of that, Nowitzki will break Kobe Bryant’s record for most consecutive seasons played with a single NBA franchise. On Wednesday, another “old man” will be returning to play in the NBA next season.

41 year old Vince Carter, the oldest player in the NBA, has agreed to a one year contract with the Atlanta Hawks. According to reports, the former North Carolina standout will be inked to a $2.4M deal. The salary represents the veteran’s minimum salary and also marks the first time in Carter’s 21 NBA seasons that he will have signed for the minimum.

When Carter and Nowitzki officially suit up for the 2018-19 NBA season, they will join Robert Parish, Kevin Willis and Kevin Garnett as the only players in NBA history to have played 21 seasons in the league. If he plays at least up to his birthday on January 26, 2019, Carter will become the first 42 year old in the NBA since Dikembe Mutombo in 2009.

Carter’s age is just one thing to marvel at. His longevity is another. Imagine this: Carter played alongside Charles Oakley in Toronto and Oakley was born in 1963. By signing up for the Atlanta Hawks, Carter will be playing with rookie Trae Young, the 5th overall pick of the 2018 NBA Draft. Young was born in 1998 so Carter will have played with two players born 35 years apart. That’s impressive. Here’s one more. Carter was drafted by the Toronto Raptors on June 24, 1998 or almost three months before Trae Young was born on September 19, 1998. That’s amazing. But Carter has always been half-man, half-amazing, isn’t he? 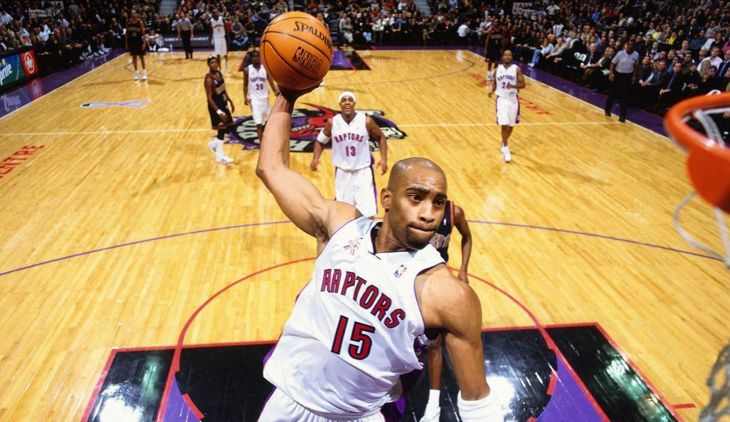 There was a time when Vince Carter was an athletic god. When he first entered the NBA, Carter was known for his high flying acts, gravity defying shots and explosive dunks. In Toronto, he was nicknamed “Air Canada” because of his aerial exploits. Later he became “Vinsanity” because of his otherworldly athletic ability. Carter was the NBA Slam Dunk king in 2000. What NBA fan cannot remember his memorable dunk show that night?

But Vince Carter was also more than just a dunk artist. He was one of the best players in the league during his prime. Vince Carter is an 8-time NBA All-Star and a two-time All-NBA team member. While Carter made a name for himself in Toronto, he played his best NBA years with the Nets.

Carter played five seasons for New Jersey and his 23.6 points per game scoring average with the Nets was a couple of percentage points better than his career 23.4 scoring average with the Raptors. Carter also led the Nets to three straight playoff appearances from 2005-2007. He was also an iron man in New Jersey, missing just a total of 11 games in the four full seasons he was there.

In 2000, Vince Carter played for the U.S. Men’s basketball team to the 2000 Olympics. Not only did he win the gold medal there, he also delivered the most unforgettable dunk in Olympic history when he soared over 7-2 Frederick Weiss of France during an in-game dunk. The dunk was later dubbed by French media as "le dunk de la mort" ("the Dunk of Death"). Carter was Team USA’s leading scorer during the 2000 Olympics at 14.8 points per game. 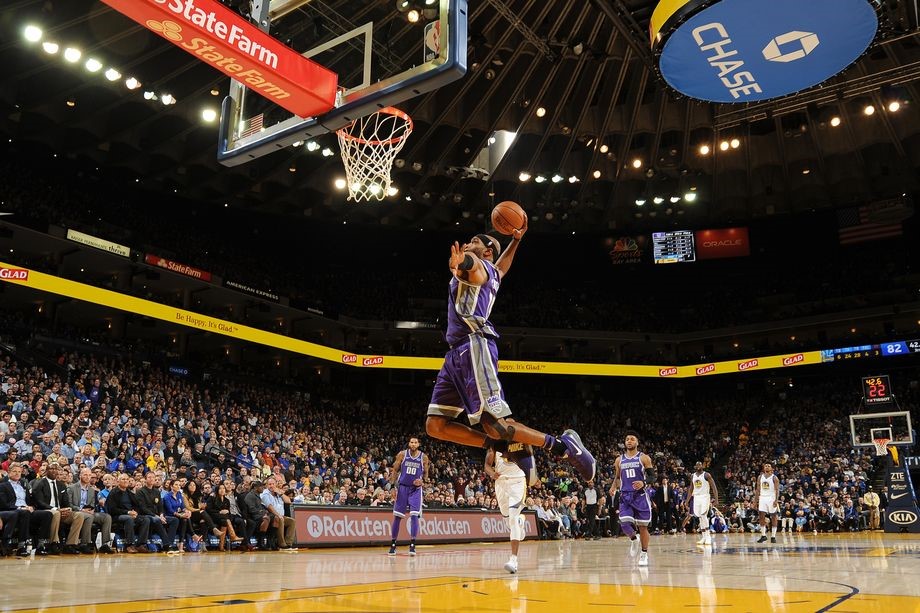 Twenty one NBA season later, Carter is #22 in the NBA-All Time scoring list with 24,868 points scored through the 2017-18 NBA season. Among active NBA players, only LeBron James, Dirk Nowitzki and Carmelo Anthony have scored more career points in the NBA than Vince Carter.

With all these achievements and his place in the Hall of Fame secure, Vince Carter could have called it quits after last season. Well, you could argue that he could have even retired after his stint with the Dallas Mavericks in 2014. There is nothing more to prove for Vince Carter inside the basketball court. Except for the NBA title, he’s been there and done that. But that’s not the reason why he is still in the NBA right now.

“People ask, ‘Why are you still doing it?’ I can compete, for one. For two, I love this game still. I love competing. I love what the game has to offer. I say all the time that when I’m not willing to put the work in, and don’t enjoy coming to work to play the games and don’t enjoy the highs and lows of it, that is when I walk away.”

The time to walk away is not yet now for Vince Carter. Now is still a time to crank up the motorcycle. Revving up his imaginary motorcycle is Vince Carter’s favorite on court celebration move. It also symbolizes where he is right now: He can still crank up his motor and it can still move forward.

For The Love Of The Game 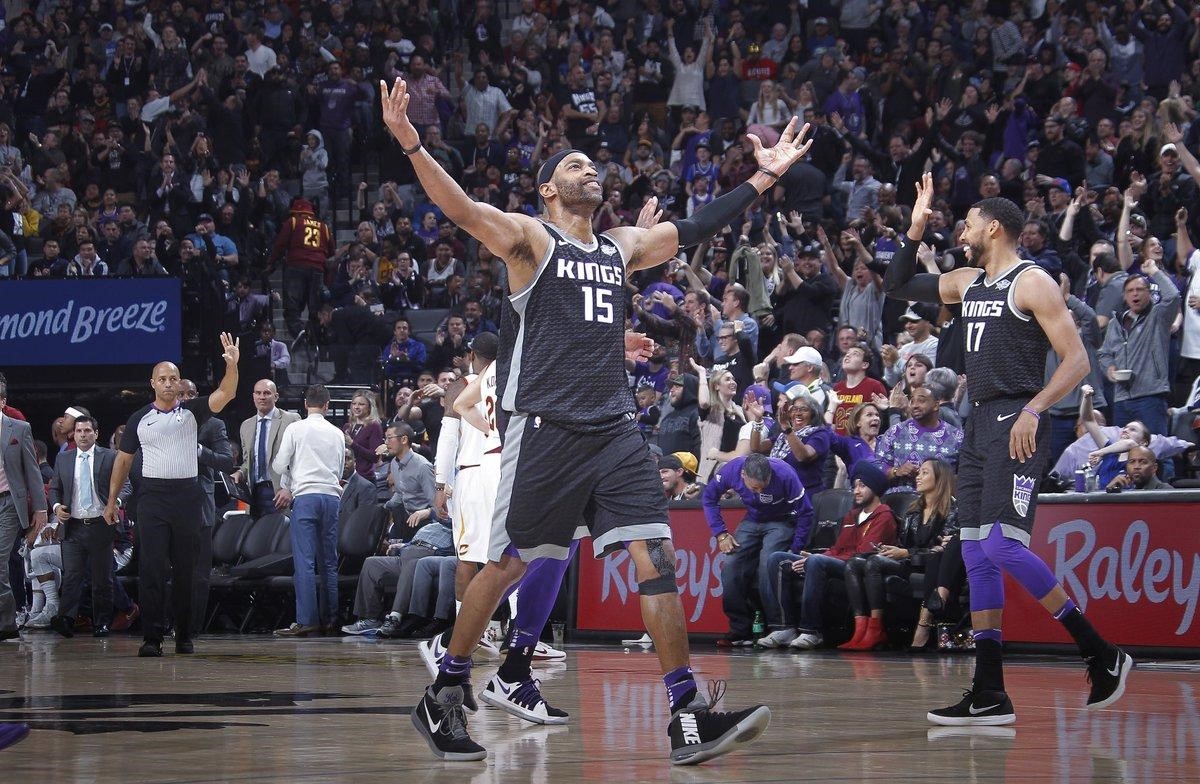 It’s been at least five seasons since Carter last played for a playoff contender. That was in 2012 when he played for the then defending champions Dallas Mavericks. So the purpose in staying this long isn’t about winning his first ever NBA championship which has eluded him all these years. It’s not even about money because Carter’s recent contracts are just pocket change from the money he made during his prime.

Last season, Carter averaged 17.7 minutes per game in 58 games played for the Sacramento Kings. He still took an average of 4.9 shots per game and scored 5.4 points per game. Heck, he even grabbed 2.6 rebounds per game and issued 1.2 assists per game. His .345 three point shooting average last season was even better than the .341 he shot during his first season with the Brooklyn ( then New Jersey ) Nets in 2005-06.

We’re not saying that Vince Carter is going to be a key statistical contributor for the Atlanta Hawks. His numbers aren’t going to matter much. But likewise, he isn’t prolonging his career to chase some records or anything. Nor is he playing just to keep on earning money. He isn’t also just an extension of the coach inside the basketball court- a playing assistant coach perhaps. He’s just a guy who loves playing the game of basketball and competing at the highest level.