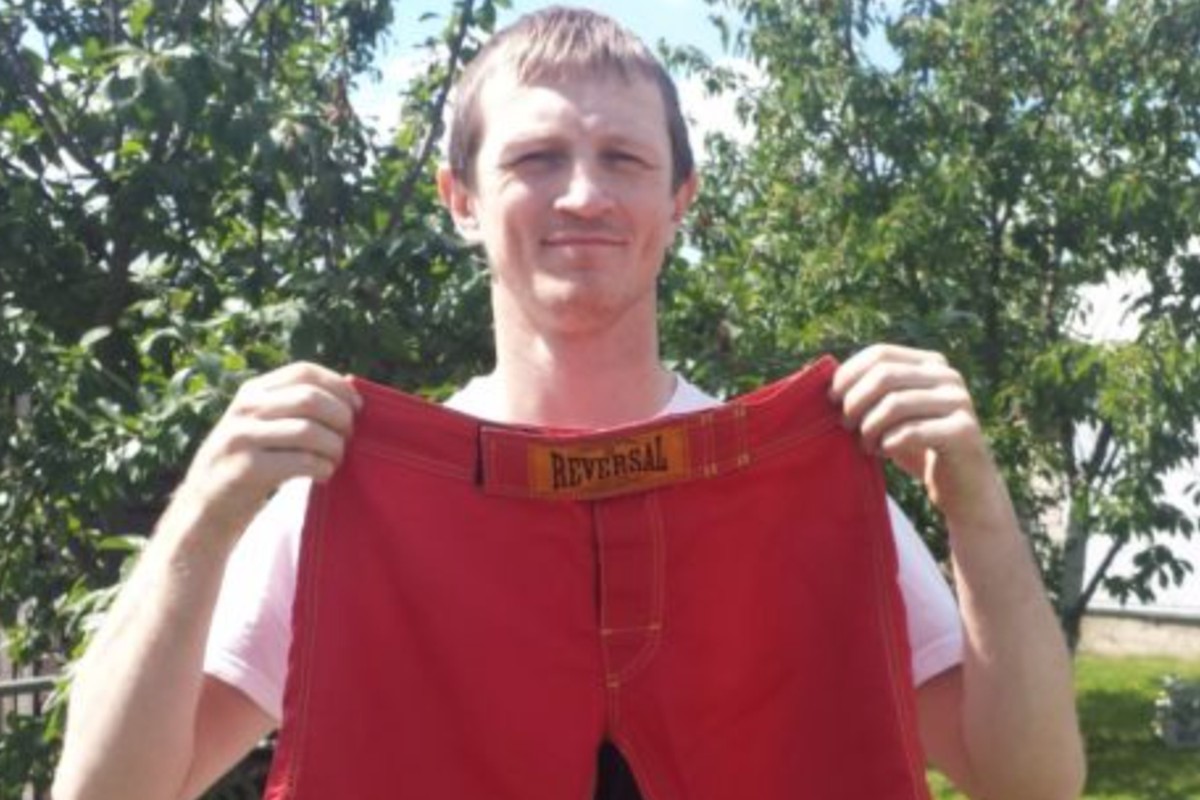 The man who owns the distinction of being the first fighter to submit and defeat McGregor has joined the Mayweather vs McGregor bandwagon. No, he’s not using his conquest over McGregor for personal gains. He’s selling a part of that fight for charity.

It was June 28, 2008. The fight was the main event of Cage of Truth 3 and it was held in a gymnasium in Dublin, Ireland. Artemij Sitenkov flew to Ireland, paying for his own ticket, to fight a young Conor McGregor. Sitenkov was supposedly hand-picked by McGregor Coach John Kavanaugh to face the Irishman because he was too small and didn’t have the striking game to match McGregor.

At that time, it was Conor McGregor’s third MMA fight. He won his first two bouts by, of course, knockout from punches. Sure, right from day one, the Notorious already packed power in his fists. Nobody could take his left hand shot, right? This was supposed to be just another fight for McGregor. He was supposed to knock the smaller grappler out before an audience that was probably made up mostly of Conor’s family, friends and a lot of drunk Irishmen. Sitenkov says he was just foreigner from a small country with maybe just a handful of people ( five he says ) cheering for him.

As McGregor ring walked to the tune of Biggie Smalls’ ‘Notorious’, Sitenkov was already waiting for him inside the small cage, anxious to know what this hometown foe had in store for him. He knew about McGregor’s power and boxing and he definitely knew what to do with those.

Sitenkov took hold of McGregor once he had the opportunity to. McGregor tried to punish him with hammer fists from hell, hoping not just to break free but to end the night early. However, 69 seconds later, Sitenkov executed a knee bar that forced Conor McGregor to immediately tap out. 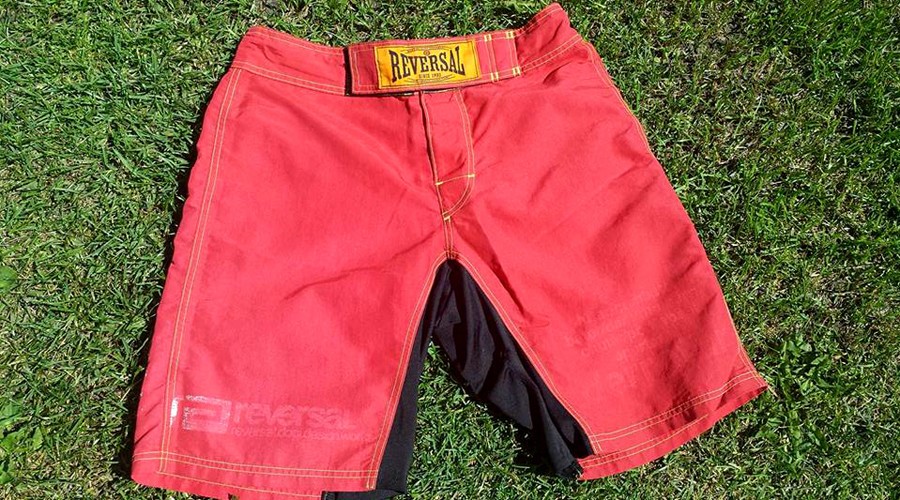 It was the first loss of Conor McGregor’s career and nine years ago, it didn’t mean that much to the MMA world. Less than a week from fighting Floyd Mayweather Jr. in a crossover boxing match in Las Vegas, Nevada’s T-Mobile Arena, that first defeat appear to carry some historical value.

That’s why Artemij Sitenkov wants to know how much the trunks he wore to that fight are worth now. Sitenkov is auctioning the red Isami trunks on Ebay. For 10 days, the used shorts will be on the site, waiting for the highest bidder. Bidding ends on Friday or roughly 24 hours before McGregor faces Mayweather in a controversial yet historic bout.

“I just found them in my closet, and somehow I figured out that those were the trunks that I defeated McGregor in,” he told MMA Fighting. “And since I’m involved in charity, and I take some kids from the orphanage to train them for free, my acquaintance — who involved me with a specific charity — told me about a program. I don’t have a lot of money, and somehow the idea came. I thought it would be cool. In the context of hype about this next Conor fight, everything just felt logical and the idea came just in time.” 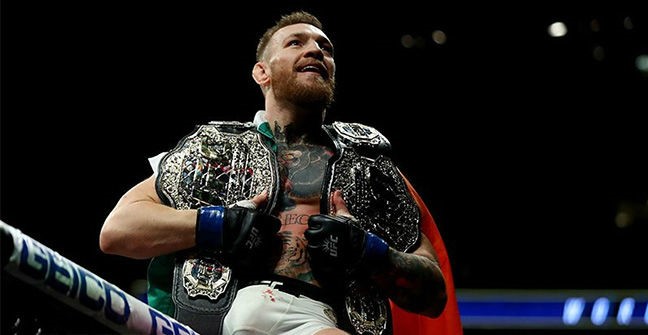 While McGregor now earns million dollar paydays, Artemij Sitenkov no longer fights.
Sitenkov last fought over a year ago but had stopped training much earlier. For some time, he was a rated flyweight in Europe. He defeated the likes of Neil Seery and Phil Harris, who both made the UFC roster later on. But after his career never got going, he stopped taking the sport seriously and fought merely for fun and money.

After defeating Seery in 2012, Sitenkov went 1-7 in his last 8 fights. In contrast, McGregor went on one of the most meteoric rise to superstardom the world of sports had ever seen. From fighting in closed circuit MMA tournaments, McGregor made it to the UFC in 2013. The rest they say is history.

McGregor knocked out Marcus Brimage and decisioned Max Holloway before headlining his first event in Dublin against Diego Barandao. Two fights later, he headlined his first event in the United States and knocked out Denis Siver in two rounds. A showdown with featherweight king Jose Aldo was scrapped because of an injury to the Brazilian, forcing the Notorious One to an interim title bout with Chad Mendes at UFC 189. 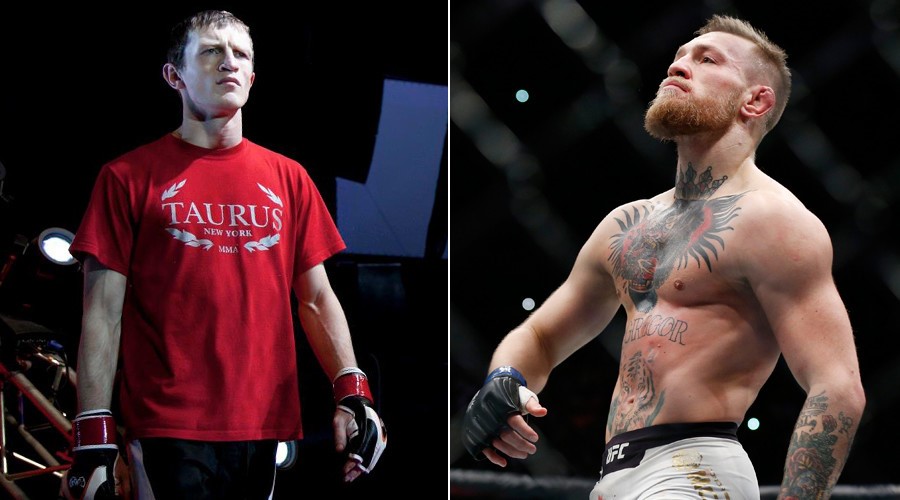 Once again, the Irishman shone under the bright lights and knocked out Mendes in two rounds. In his next fight, he dusted Aldo in merely 13 seconds to become the unified UFC featherweight champion. Instead of defending the belt, McGregor took on Nate Diaz at UFC 196. McGregor suffered his third career defeat, also by submission. He got that one back by defeating Diaz in their rematch at UFC 202. McGregor then made history last November by winning the UFC lightweight title with a second round KO of Eddie Alvarez.

When asked about the opposite paths they took after fighting each other, Sitenkov had no bitterness or whatsoever.

“[McGregor]’s a normal guy. He trained hard and reached all his goals. Congrats to him. But, I had my goals, and I couldn’t reach them. I am older than him, and the UFC started the flyweight division quite late for me. I had some chances to get in there, but UFC managers weren’t interested in me. Maybe because of my age, maybe because of my origin. Lithuania is so small. I couldn’t generate enough money for UFC managers to be interested in me. I just accepted my fate. OK, I couldn’t make it. Maybe it was because I wasn’t good enough, or maybe it was because of other reasons, but I’m good with that.” 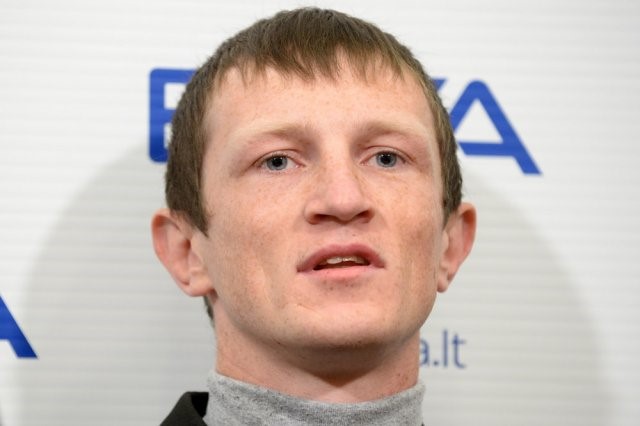 These days Sitenkov is busy running two gyms in the Lithuanian capital of Vilnius. Called Vale Tudo MMA Academy, he co-founded the gyms together with his manager Alfredas Lifsicas. He owns a pawnshop in the city and also deals with antique items. Now, he’s trying to sell what he believes is a piece of MMA history to help orphans in Vilnius.

There was nothing special about his fight with Conor McGregor nine years ago. But considering what McGregor has accomplished, the red trunks he wore to that fight is a part of his legacy more than it is a part of Sitenkov’s. We checked out Ebay and found out that the highest bid is currently only at $580. There are several more days before the auction ends and we’re not sure if it’s going to fetch the fortune that Sitenkov hoped it would. It’s the thought that counts though.