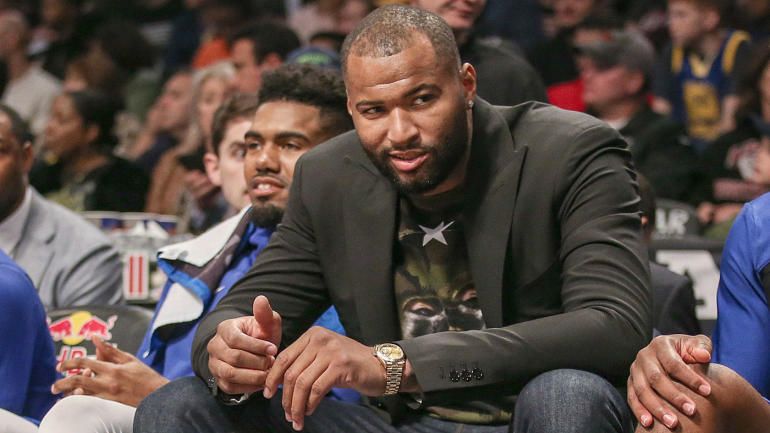 The DeMarcus Cousins era in the Bay is already just around the corner. The All-Star center is now groomed to return in the range of the 18th of January, Warriors’ head coach Steve Kerr confirmed just recently. Cousins will be a welcome addition to a championship team needing a strong and consistent presence down low.

Marc J. Spears of The Undefeated first got wind of the said return of the 28-year old flamboyant center.

Cousins signed a one-year, $5.3 million midlevel exception with the Warriors last offseason. He had considered returning Jan. 16 against the visiting Pelicans before he and the Warriors decided on the Jan. 18 return, a source said. Warriors players learned about the return date Monday, a source said.

"I think it will happen around that time," Kerr said following Tuesday's 122-95 win over the New York Knicks. "It's not as simple as 'that's the game.' It's somewhere in that neighborhood."

Reports also have it that Cousins was already medically-cleared to play for some time now, with him having participated in full-contact practices with the Warriors last week. Kerr has reiterated that conditioning and stamina strengthening have been the factors that held back his superstar big man to play his first game of the season.

Kerr has also emphasized how well Cousins has blended in with his new teammates, thanks to his knack for humor and fun. While this is true, Warriors point guard Stephen Curry also warns his team that integrating Cousins on the court will be an adjustment for everybody, via Mark G. Medina of The Mercury News.

"We understand there's going to be an adjustment for everybody," Curry said. "And, hopefully, it will give us another type of challenge in terms of really being disciplined and diligent on how we perform as a team with DeMarcus in the rotation and take us to new heights.

With Kerr saying that the January 18 game against the Los Angeles Clippers could be Cousins’ most probable first game of the year, let’s take a closer look on who Cousins will match up in the frontcourt in the first five games of his Warriors career.

January 18 versus the Los Angeles Clippers

This will be a perfect, moderate test for Cousins as he goes up against an average Clippers frontcourt bannered by Marcin Gortat and Montrezl Harrell. The Boogie could impose his dominance on those two players, but the real test here is how he will fare in switches on defense. The Clippers top three scorers are perimeter players in Tobias Harris, Danilo Gallinari and Lou Williams. It will be quite a challenge for Cousins to stay on his feet in switches, so it’s interesting how the Warriors will scheme their defense on this game.

January 21 versus the Los Angeles Lakers

Defending the Lakers’ frontline will be light work for Cousins, but his challenge will be on offense. The Lakers have three centers who are good rim-protectors in JaVale McGee, Tyson Chandler, and Ivica Zubac. It’s interesting to see how Cousins’ footwork has improved over his rehab, an important skill he should use to get by those tough defenders.

January 24 versus the Washington Wizards

This would be Cousins’ easiest game in this five-game stretch. With Dwight Howard not returning until next month, the Wizards don’t have a solid, experienced inside presence on both ends of the floor. While Thomas Bryant has been a pleasant surprise for the Wiz, Cousins is still far better than him.

January 26 versus the Boston Celtics

Cousins has a lot of work cut out for him in this one as he will go up against Al Horford, one of the most versatile big men in the league today. But his task doesn’t end there as the Celtics use a lot of offensive schemes to create switches and mismatches. Basketball has become a game of switches in the NBA, and Cousins will arguably find it difficult to defend the Celtics’ bevy of excellent perimeter players headed by Kyrie Irving.

January 28 versus the Indiana Pacers

The Pacers’ frontcourt has been one of the most underrated this season, and if Cousins doesn’t come in ready, he’ll be up for a beating. Forward/center Domantas Sabonis has grown into a walking double-double machine, Thaddeus Young is ever versatile on both ends, and Myles Turner is posting a career-high on both blocks and three-point shooting percentage. This trio is like a swiss knife, a bunch of versatile players that Cousins and the Warriors can’t overlook.