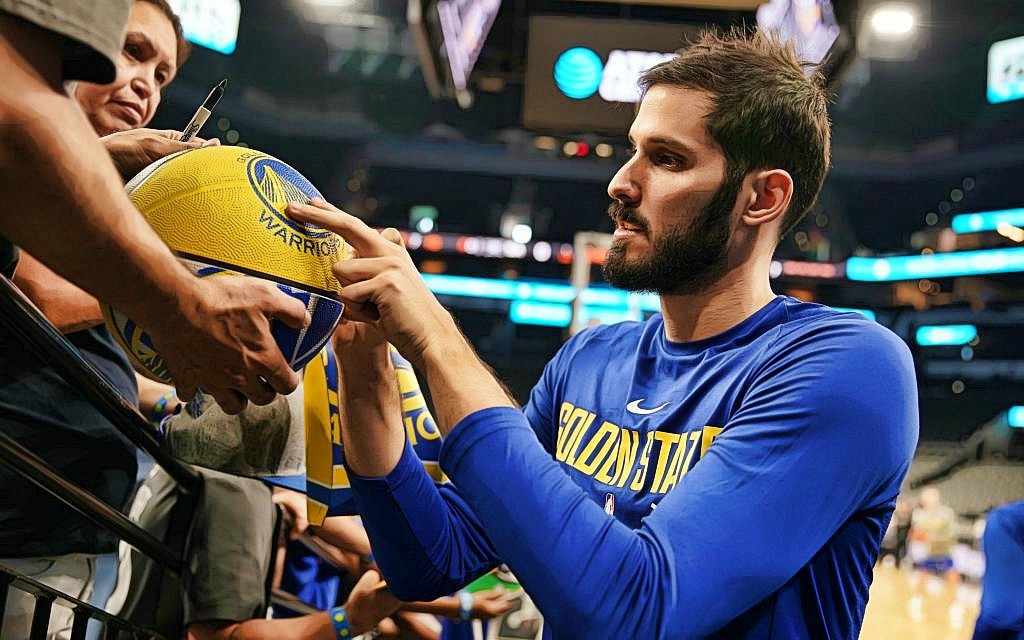 Omri Casspi watched as the Chicago Bulls won their 4th NBA title in 1997. The only 10 years old, Omri was introduced to the game of basketball by his brother Eitan. And because the Bulls were the only NBA team whose games were broadcasted in Israel during that time, Omri grew up a fan of Michael Jordan and his raging Bulls.

It was perhaps that affinity to the Bulls that ultimately led Omri to joining the Golden State Warriors last summer. Casspi was a free agent coming off a season playing with the Minnesota Timberwolves. He had offers from other teams, including a recently revealed offer from the Brooklyn Nets that’s rumored to be in the ballpark of $5M per annum. 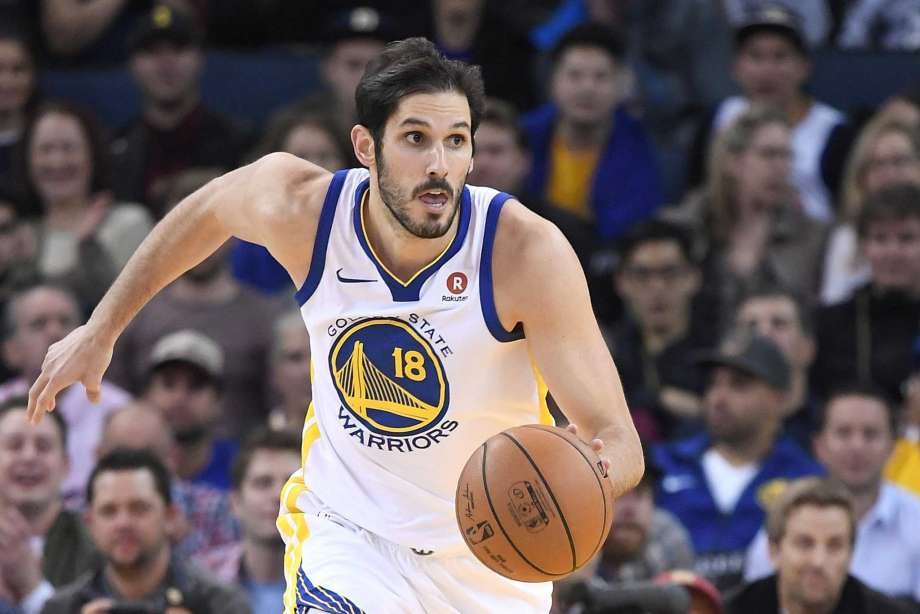 But after talking with Golden State Warriors’ head coach Steve Kerr, a teammate of Michael Jordan in Chicago, Casspi was persuaded to sign with the NBA’s defending champions. Said Casspi:

“When I talked to Steve, he was so positive about things,” Casspi said in a recent interview at the Warriors’ practice facility. “And then knowing the players they have here and the culture, I wanted to be a part of it.

So Casspi rejected his other suitors, Brooklyn included, to sign with the Warriors for a veteran’s minimum of $2.1M. The pay was lower than what many expected he would command in the market, but for a chance to play for a ‘dream come true’ and the opportunity to win an NBA title, it was worth it for Omri Casspi.

But with two games left to play in the 2017-18 regular season, that dream has turned into some kind of nightmare for Omri Casspi. After the Warriors’ loss to the New Orleans Pelicans on Saturday, team officials informed him that they would waive him to clear a roster spot and make room for the signing of guard Quinn Cook.

Cook has been nothing short of impressive for the Warriors since being promoted from the G League. He’s ably filled the void left by Stephen Curry after the latter suffered an ankle and then a knee injury. Cook is averaging 14.7 points,4.0 assists and 3.5 rebounds per game in 32.3 minutes of playing time as a starter. 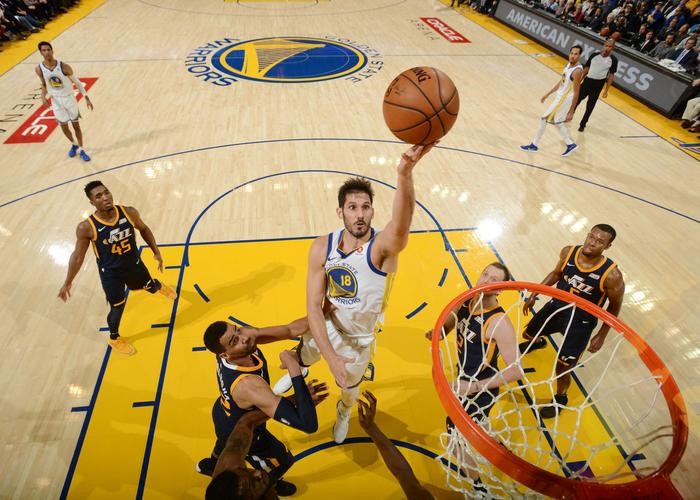 With Curry and Patrick McCaw out for at least the first round of the playoffs, the Warriors needed help at the guard spot badly. Because of the way Cook has played, Golden State wanted him on their playoff roster. However, for Cook to be part of the Warriors’ postseason run, they needed to upgrade his two way contract to a regular contract. And the only way to do that is to waive one player in order to create a roster spot. So the Warriors waived Casspi to make room for Quinn Cook.

“It was difficult to sit with him and tell him we were going to do this, but it's the only decision we could make under the circumstances and we have to have Quinn for the playoffs and we couldn't release everybody else.”

But while it was difficult to tell Casspi the truth, it wasn’t a difficult decision to make. Added Kerr, via ESPN:

"It actually wasn't a difficult decision because he was injured, but it was difficult to go ahead and go through with it, because he's been with us all season long and we love Omri and what he brought to the team. A great teammate."

As Cook thrived in his role as the Stephen Curry replacement, Casspi missed the Warriors last 11 games because of injury. According to reports, Casspi has an inflammation as well as a bone bruise on the side of his right foot which has prevented him from running and jumping. With all the injuries that they’ve had, the Warriors need every single able body on their roster. Omri Casspi wasn’t one of them.

"Everybody else is healthy and playing or under contract or team control for next year, in Patrick [McCaw's] case. So this was the decision we had to come to. It wasn't fun, but the main thing is that Omri is a pro and a great teammate. He handled everything beautifully last night."

But even if Casspi wasn’t hurt, he probably would’ve suffered the same fate. The Warriors needed a point guard ASAP. If you take a look at the Warriors’ full roster, the only cut they possibly could’ve made was in their frontline. But giving up one of ZaZa Pachulia, Javale McGee, Kevon Looney would only make the Warriors much smaller. The only other option was Omri Casspi. 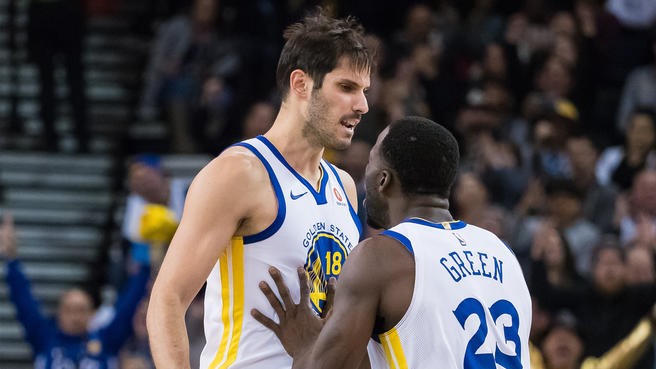 Call it sad or call it tragic. However, it is neither. As Steve Kerr put it, Omri Casspi was the victim of circumstances. Casspi took less money to play fo the Warriors and have an opportunity to win an NBA title. The gambit didn’t work. Now he has to start back from scratch.

What makes Casspi’s case tough is the fact that he took less money to play for the Warriors and have the opportunity to win an NBA title. Worse, because Casspi was released after March 1, he will not be eligible to join another playoff bound team. If he still wants to pursue his NBA dream, he’ll have to chase it next season, that is if a team will pick up his services this summer.

Casspi is only 29 and if he recovers from his current injuries, it’s not far fetched that a team will sign him in the offseason. With his experience, skill set and personality, there should be an interest in him this summer. This early, one article is speculating that the Nets may have an interest in him again.

Only time will tell if Omri Casspi will return to the NBA. For now the lesson learned not just for him but for all of us is that nothing is constant in this world except change. That in professional sports, it’s not just about talent, attitude and loyalty. The NBA is a business and teams make business decisions no matter how hard.