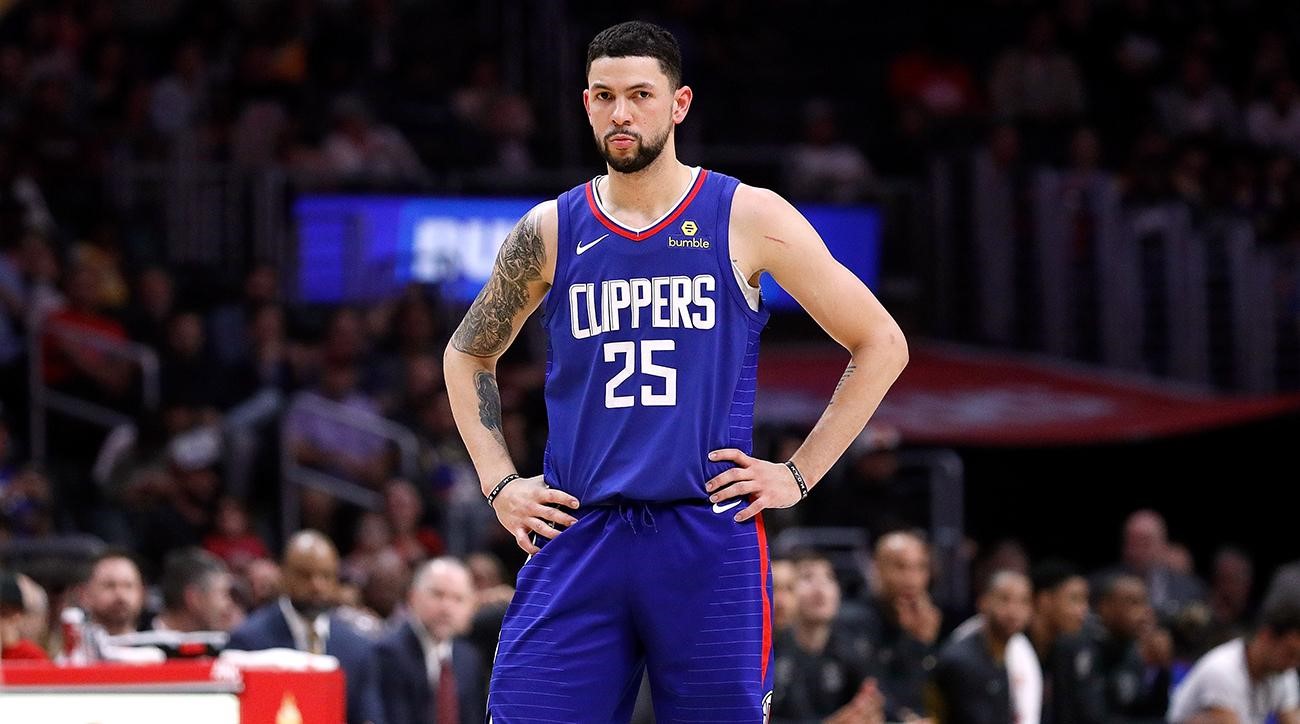 Summer has officially begun in the NBA.

On Tuesday, the first trade of the offseason was announced. The Washington Wizards traded longtime starting center Marcin Gortat to the Los Angeles Clippers in exchange for six year guard Austin Rivers.

The deal comes five days after Rivers exercised his player option for the 2018-19 season and days before Clippers’ big man DeAndre Jordan is set to decide on whether he is exercising his own player option with the team. The rumor is that Jordan is going to exercise the option and look for a trade out of Los Angeles. With Chris Paul and Blake Griffin gone, Austin Rivers joining them, Jordan will be that last domino to fall in what is going to be a massive overhaul in Los Angeles.

In Marcin Gortat, the Clippers get a 6-11 traditional center who averaged 8.4 points and 7.6 rebounds last season, his lowest since the 2010 season. Gortat has a career average of 10.2 points and 8.1 rebounds over 12 NBA seasons. Gortat also gives the Clippers financial flexibility moving forward.

“We are excited to welcome Marcin Gortat to the Clippers, a respected player that brings years of NBA experience and additional toughness to this team,” Lawrence Frank, president of basketball operations, said in a statement. “We’ve been a fan of Marcin’s for some time and this decision will help rebalance the roster by adding another proven big man to the front court.” 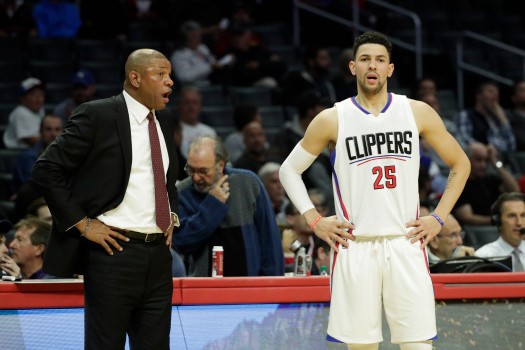 Austin Rivers played three seasons for his father in Los Angeles. The Santa Monica, California native was selected 10th overall in the 2012 draft by the Charlotte Hornets. He played over two season in Charlotte before being traded to the Boston Celtics in 2015. Three days after he was moved to Boston, his dad Doc Rivers- then both President and head coach of the Los Angeles Clippers, traded a second round pick to bring Austin to the Clippers.

By playing for his father in Los Angeles, Austin Rivers became the first player in NBA history to play for his father in an NBA team. While the Rivers’ set that unprecedented Father and Son record, they were also the target of intrigue and criticism as father-coach was always accused of playing favorites when he played his son.

In all fairness to Austin Rivers, he was a five star prospect when he entered Duke. Austin was also Florida’s Mr. Basketball in 2011, the Naismith Prep Player of the Year in 2011 and a McDonald’s All-American in 2011. At Duke, he was First Team All-ACC in 2012 as well as ACC Rookie of the Year in 2012. He turned pro after his freshman year and struggled in his first couple of seasons in the NBA. But there was no doubt that he could play ball.

Playing for his father in Los Angeles was always a tough situation. Austin is a very good player but at the same time, the Clippers had other good guards. When Doc gave him minutes, critics always saw favoritism over his talent. If Austin Rivers is going to become a star, he was never going to do it in Los Angeles, not with his father coaching him. Now he is getting a change to prove himself at what is an even field. 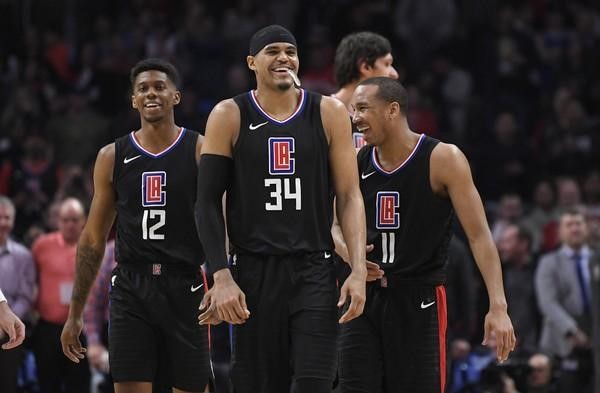 The Los Angeles Clippers are also headed to a rebuild. Last season, they traded away franchise player Blake Griffin to the Detroit Pistons in exchange for Avery Bradley, Tobias Harris and big man Boban Marjanovic plus a first and second round pick. With Patrick Beverley expected to be back next season and Milos Teodosic returning, Los Angeles’ backcourt would have a crowded backcourt

Add also the fact that the Clippers selected guards Shai Gilgeous-Alexander and Jerome Robinson during last week’s 2018 NBA Draft, the Clippers have an overload of guards. With his father no longer in charge of basketball operations in the other side of Los Angeles, Austin Rivers was bound to be lost in the equation.

As for the Washington Wizards, they have been looking to trade Gortat for months and it was even thought that the Polish hammer would be dealt during last season’s trade deadline. But Washington had a hard time moving a veteran big man who was a possible locker room issue. Gortat had no takers last season so Washington was forced to keep him.
Gortat though is still serviceable and should provide the Clippers a starting big man should DeAndre Jordan leave in free agency. Jordan has always been the target of trade talks last season but Los Angeles was unable to move him. With Gortat headed to Clippers land, Jordan is likely out.

Adapting To The Times 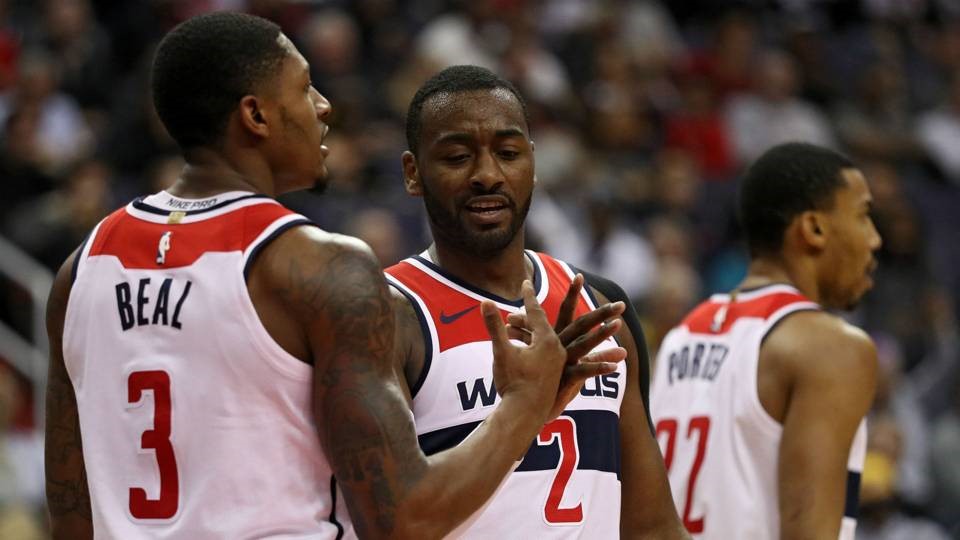 Sure, Gortat was an internal room issue after his criticism of the franchise and his beef with John Wall. But in trading him, the Wizards didn’t merely reset their locker room and improve teammate relations, they finally adapted to the changing times, to catch up with the rest of the league and with the ultimate goal of getting closer to the NBA title.

In the last five years, the Wizards always had at least a 6-11 big man in their starting lineup. Meanwhile, the rest of the league started playing small ball. Although we saw Wizards head coach Scott Brooks play four wings at the same time last season, he made it a point to complete his five man team with either Gortat or Ian Mahinmi.

You couldn’t blame him though because the Wizards quintet that featured Gortat along with Kelly Oubre Jr., Otto Porter, John Wall and Bradley Beal was a plus 14.4 in net rating per 100 possessions, making it the best among the Wizards three most used lineups last season. When Mahinmi replaced Gortat in that five man unit, the Wizards net rating was a plus 15.4 ( although they played just 75 total minutes ).

So you see, Gortat was a big part of what the Wizards do and with Washington unable to get past Round 2 of the playoffs with their current core, something had to give and in this case, it became very obvious that it had to be Marcin Gortat.

In acquiring Rivers, the Wizards are getting a 25 year old combo guard who is coming off his best season ever. Rivers averaged 15.1 points, 2.4 rebounds, 4.1 assists and 1.2 steals in 33.7 minutes of floor time for the Clippers last season. All those numbers are career highs for the former Duke product. You can also add his .378 three point shooting last season to his list of career highs.

“Acquiring Austin gives us another versatile, experienced player who provides scoring and playmaking,” the team’s President Ernie Grunfeld said in a statement. “He is coming off a career year and his ability to create offense for himself and others will help our second unit and allow us to play a variety of lineups throughout the season.”

Rivers has played most of his career as a back-up but proved last season that he could thrive in a bigger role. With the Wizards having an all-star backcourt, Rivers should be relegated back to his reserve role again in Washington where he’ll be paired with Tomas Satoransky, another guard who plays well on and off the ball.

An intriguing line-up would be making Rivers run the point along with Wall in the backcourt and Beal at small forward. Although Beal is listed as 6-5, he has enough size to match-up with most of the threes in the NBA and his ability to score and shoot make him a tough cover for any small forward. With Rivers and Wall at the backcourt, the Wizards go from fast to very fast.

Just A One Year Experiment

Rivers and Gortat are in the final years of their respective contracts and will become free agents next summer so this is just a one-year experiment for both and will have no long term effects really. What it does is it gives both teams the ability to audition a new piece with the option to end the experiment at the end of the season.

Because Gortat will make $13.5M next season and Rivers $12.65M during the 2018-19 campaign, there isn’t much difference in salaries saved for Washington. But the minimal difference moves Washington back in luxury tax payments. Sure, they are still over the threshold but Austin Rivers saves them around $3M in luxury taxes. Not bad for a trade that wasn’t about salary shedding.

Between Gortat becoming a part of the rebuilding in Los Angeles and Rivers becoming a part of Washington’s new culture, the latter is expected to be more realistic. Gortat is already 34 years old and even contemplated retirement last season. With the Clippers having plenty of young talent, Gortat may not play beyond next season - if he does play for them.

Meanwhile, Rivers has already completed six NBA seasons and he is still 25 years old. He is coming off his best year as a pro and no question, he is just about to enter his athletic prime. Despite the criticism that he got his minutes because he played for his dad, the guy is a legit offensive machine and play creator. He’s a smart player whom we also saw play with tremendous heart in the past. Most likely, Rivers becomes part of the future. And even if it doesn’t work out, this is just a one year experiment at no additional cost.