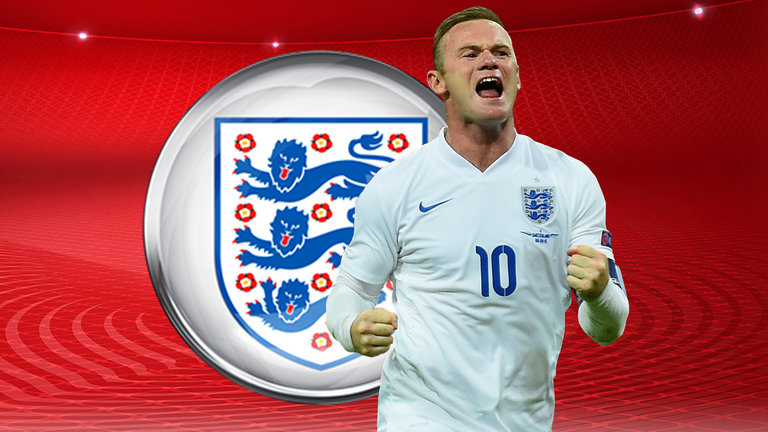 After 53 goals, in 119 appearances, the 31 year old decided it is time to focus on club football and make way for younger talent in the England Squad.

Wayne Rooney made his debut for England on 12 February 2003. He was England’s youngest debutant ever, at 17 years old, 11 days coming on at half time versus Australia. He scored his first goal for England against Macedonia in the EURO 2004 qualifying match, also becoming England’s youngest player to score. About 13 years later, he played for England in his final appearance, with a 3-0 win over Scotland, providing an assist to Gary Cahill as his final contribution. The numbers and appearances does not really tell the full-story of the story of Wayne Rooney’s international career for England, which often is divided amongst fans and pundits as to whether he should be spoken of amongst the greatest England strikers.

Current England Manager Gareth Southgate was the first to know of his retirement. Rooney released the statement to Press association Sport.

“Having already thought long and hard, I told Gareth that I had now decided to retire for good from international football.” I believe now is the time to bow out," said the record-goal scorer. "I will always remain a passionate England fan."

Despite the official statement from Wayne Rooney indicating his retirement, the former England Captain may still make a return. England coach Gareth Southgate said that he may call Rooney out of retirement for next year’s World Cup in Russia. That is obviously if he is needed and there is no other consistent striker in the English ranks.

Southgate however will be cautious to bring Rooney back, as he is calling on the more youthful players who have been hiding behind Rooney to step up. It’s an opinion that will divide many England fans’ as they are tired of only seeing the same faces in the squad without yielding different results.

Southgate stated that Wayne Rooney has “had to carry the responsibility of England on his own”. It led Southgate speaking to the press to understand where Wayne ranks amongst other great England players. He stated that he puts him amongst other greats, including Gary Lineker, John Barnes and Sir Bobby Charlton. That is certainly an exclusive list to be a part of, and no doubt rightfully so after being England’s top scorer of all time.

Rooney’s international career has had its ups and downs. In 2006, in a world cup match against Portugal he was sent off in an infamous incident when at the time England manager Sven-Goran Erikssson asked fans ‘not to kill (Rooney). Sadly, the all-time England scorer could not bring home any international success or further advances in the World Cup, as England exited during the group stages during the Brazil 2014 World Cup.

The Record of Rooney

After 119 appearances, Rooney is the all-time capped outfield player for England. David Beckham had 115 and Steven Gerrad with 114. During this time, he was involved in 71 wins for England, which is quite a good record considering the overall appearances. During his international career, Wayne Rooney played under seven managers which may explain England’s inconsistency during England.

It’s hard to know what Rooney will be remembered for in his international time playing for England. As a Manchester United player, he has won all trophies on all stages, and several of them. For England however, his prolific scoring did not amount to any trophies or championships. Sometimes however, trophies and medals does not always equal greatness. Being the greatest scorer of all time for England national team is a great way to go out however.