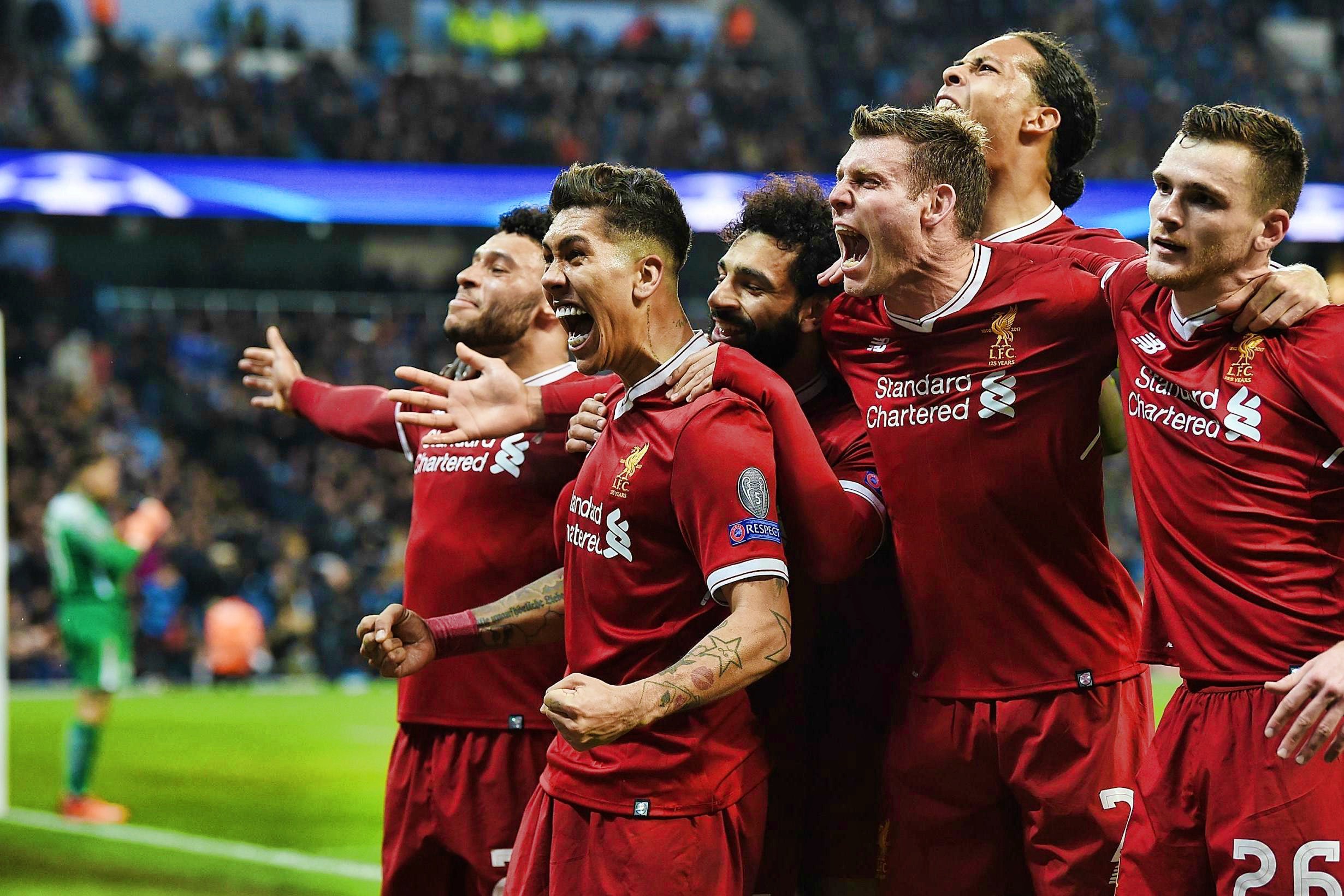 Sports analyst predict Liverpool will advance to the semi-finals, but won’t win the Champions League trophy.

The best teams in the Champions League are going to battle it out for supremacy next month in the UEFA Finals. Among the top teams expected to compete in the final stage are Liverpool, Paris Saint-Germain, Barcelona, and the two Manchester clubs.

However, a recent study claims that Liverpool only has a 16 percent chance of winning this year’s Champion’s League. The report is from a complex statistical model that has been used yearly to forecast the winners of major football tournaments.

This comes as surprising news knowing that the Reds has a 3-0 advantage over Manchester City. However, the analysis also revealed that Liverpool has a 94 percent chance of moving into the semi-finals.

It’s totally expected as the club is currently jam-packed with high-caliber players in the likes of Mohamed Salah and Sadio Mane. In fact, these two star players were the key to the club’s victory last Thursday at the Etihad Stadium.
The Reds scored three goals from Salah, lade-Chamberlain, and Sadio Mane, blowing away the league’s leaders. The game was one of the biggest wins the club had in this year’s Champions League as it ended 3-0 in their favor, which surely gave the players a huge confidence boost.

Ironically, things go the other way around based on the reports of FiveThirtyEight. The American website stated that Liverpool’s winning chances in Kiev is below 20 percent. It added that Barcelona, Bayern Munich, and Real Madrid are the clubs likely to advance to the semi-finals.
This comes as another surprise knowing that the other statistical analysis expects the Reds to enter the semi-finals. FiveThirtyEight's claims come from the Stateside venture, which gives opinion poll analyses to different areas, including sports outcomes.

It also made a poll service on 24 football leagues including the Champions League and Europa League. The polls base their outcomes on four metrics: shot-based expected goals, adjusted goals, goals scored, and non-shot expected goals.
This means that the data doesn’t only focus on a club’s number of wins, losses, and goals scored, but rather incorporates different factors to make the analysis more detailed and encompassing. The Stateside further explained that their analysis merges each team's offensive and defensive ratings, in an attempt to give a more accurate prediction.

They said that their methodology lets them calculate the win, loss, and draw probability of a club’s future matches without reducing accuracy. The seasons are simulated thousands of times to find the average probability of a club’s chances of winning the Champions League, they added.
In addition, the algorithm states that the Reds has a 34 percent chance of making it to the final round, not that much considering that Barcelona and PSG have 50+ percent chances. Surprisingly, the model also said that Bayern Munch has good winning chances, which is unexpected knowing that they rank second to PSG in Group B with only 15 points.

The Bavarians has a 29 percent chance to win their sixth Champions League trophy, says the poll. Meanwhile, Real Madrid and Barcelona have a 25 percent and 27 percent chance of winning the league, respectively.
Man City, however, only has a minuscule 1 percent chance, which makes perfect sense as they’re struggling against low-tier teams like Napoli, Shakhtar Donetsk, and Feyenoord in Group F. Roma, Juventus, and Sevilla are even unlikelier to win as they’ve got less than 1 percent of winning chances.

In terms of actual and raw statistics, one can easily see how comfortable the Reds’ situation is. They’re already assured to advance to semi-finals because Man City needs to score four goals to deny them the next stage.

What makes this even better for the Reds is that the City needs to score five goals once they score a single goal. And if Liverpool makes two goals, then City must score six — which is plain ridiculous knowing that the Reds are one of the most competitive clubs in the league.

Despite this seeming assurance of entering the semi-finals, Manager Jurgen Klopp hesitates to feel overly-confident. In fact, he remains pessimistic about their situation as he said in an interview that he’s seen how well the City attacks and makes offensive gameplays.

He added that they'd lose if his club continues to play at their current level, implying that he needs to implement a change of strategy to outcompete Pep Guardiola’s genius. With this, sports analysts believe that Klopp will enforce a goal-scatter strategy where multiple attackers would attempt to score a goal instead of putting the responsibility on a single forward.
During the club’s recent pre-match press conference, Klopp talked about the surprising eagerness that the City showed against their game against the Red Devils, even if they were defeated 3-2.

The 50-year-old German says that they have to make the most out of their current situation and use it to their advantage, pointing to the Reds' favorable position as a favorite in the upcoming matchup.
However, Klopp also said that playing in the City of Manchester Stadium isn’t really a good idea. He ditched out their scoring advantage, and instead talked about their need to remain stable and stick to the game strategy no matter how the game progresses.

Nonetheless, it still doesn’t matter even if the City plays well this coming Tuesday. After all, Liverpool has a goal advantage, right? But then again, the City has a highly-aggressive attacking side, which could get them off their knees mid-game.

Whichever the case is, all these discussions will be through once the actual game happens. After all, the league is nearing its final games. Rest assured that Klopp will do his best to let his players realize how important it is to dominate and prove the statistics wrong.

Once they do, then Klopp, along with Salah, Mane, and the rest of the club will achieve what many believe they can’t.