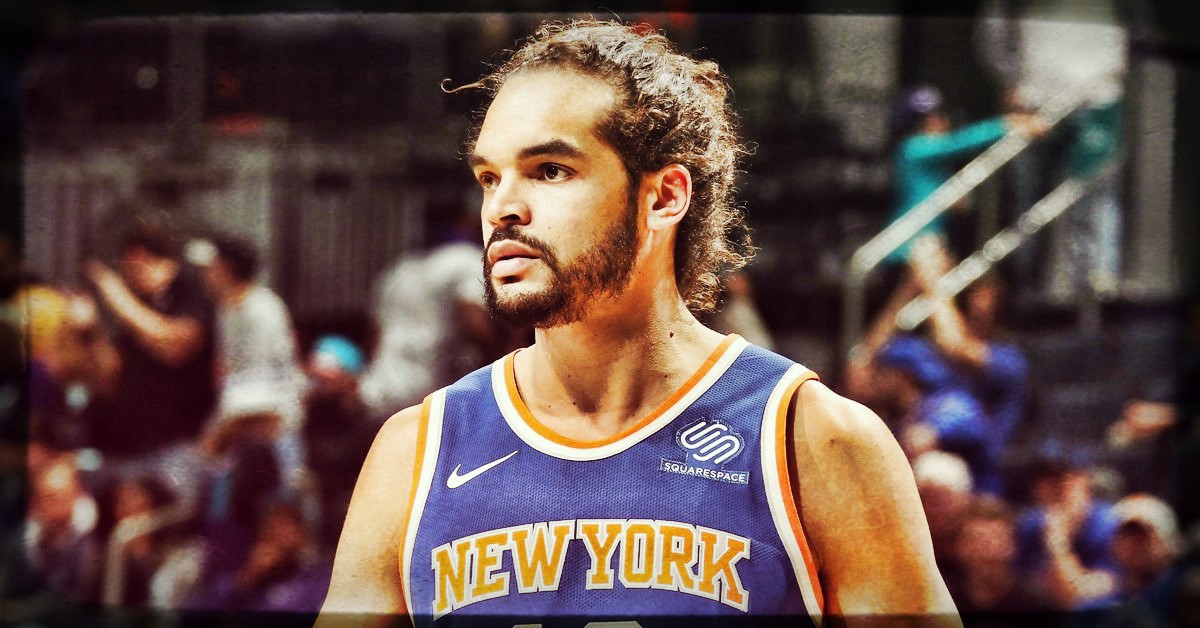 What Are The Knicks’ Options With Joakim Noah?

When Joakim Noah signed with the New York Knicks in 2016, it was supposed to be a match made in heaven.

Noah grew up in Manhattan and went to Poly Prep Country Day School in Bay Bridge, Brooklyn so playing for the Knicks was a homecoming of sorts. With the Knicks, he would reunite with Bulls teammate Derrick Rose.

What The Knicks Coveted 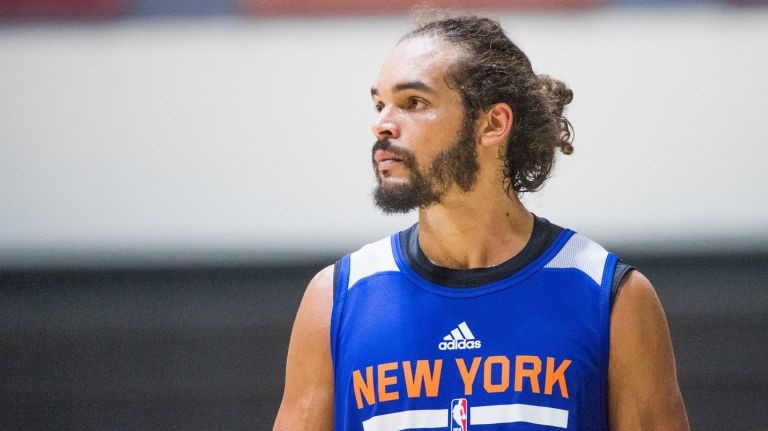 His resume was something the Knicks coveted: Noah won back to back NCAA national titles with the Florida Gators in college. He was drafted 9th overall pick in 2007 by the Chicago Bulls. he is a two time NBA All-Star and Defensive Player of the Year winner in 2014.

That summer, New York was looking for a 'defensive center' who they wanted to pair with Kristaps Porzingis and help Carmelo Anthony put New York back among the NBA's elites. Noah established a reputation as one of the premier defensive centers in the NBA. He was known for having a high motor. He played hard and he talked loud.

Although they had Melo, the Knicks were scouring the free agency for leadership. Noah also filled that void. Not only was he a defensive force, he was an energetic force. Noah brought a different vibe when he was on the court. His tenacity and energy were infectious and those traits made him a natural leader.

Too Good To Be True 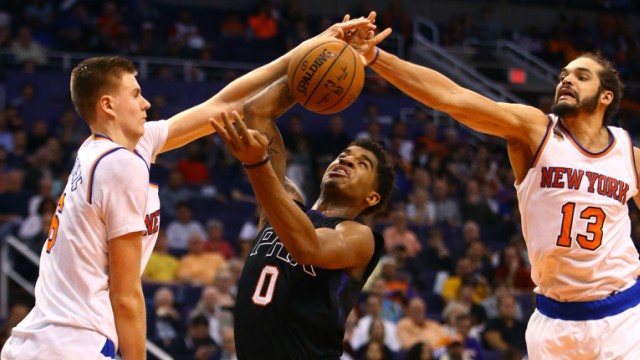 At the same time, the acquisition of Noah jibed with the win now desire of Carmelo Anthony. With Melo still in his prime, Porzingis developing, plus Derrick Rose running the show, Noah was supposed to make the Knicks a playoff team and an immediate contender. Supposed is the key word there.

While Noah was too good to be true, his production had began to decline with injuries. In May 2014, Noah underwent operation on his left knee. He missed most of the 2015 season after undergoing surgery on his shoulder. Still, at 31 back then, he was still worth the gamble.

It hasn't been a bed of roses though. Halfway through his first season in New York, Noah underwent arthroscopic surgery on his left knee. The following month, he was suspended for 20 games without pay for violating the league's anti-drug policy. The suspension carried over to the 2017-18 season and Noah saw his first taste of action on November 27, 2017. Two days later, he was assigned to the G League and it's been downhill from there. 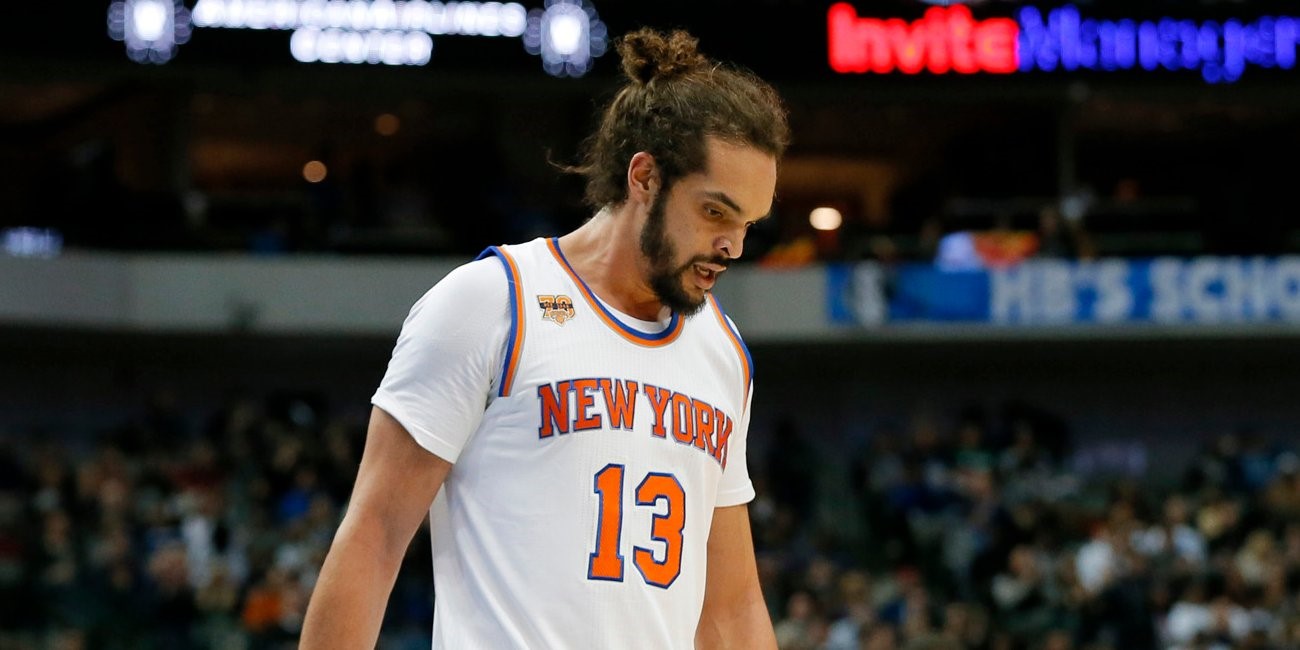 Noah's relationship with Hornacek has soured by the day. His lengthy disconnection from Hornacek and his staff were bad enough to make Noah leave the team last week. With the Knicks trying to build a positive culture around their young ball club, Noah may just be a distraction that they don't want and need. This leaves the team with a decision on what to do with Joakim Noah.

The best option would be to keep him but with Joakim at odds with the coaching staff and seemingly alienated from the team, that may be too difficult to do. Not only is relationship the problem here but also the roster. Noah is the 4th center in the team and last in the rotation.

Unless the Knicks are able to trade Kanter, O'Quinn or Hernangomez, then maybe Noah finds some minutes. But that's easier said than done. Having said that, it's likely the only resolution for this conflict is to let Noah go. However, the options are limited. 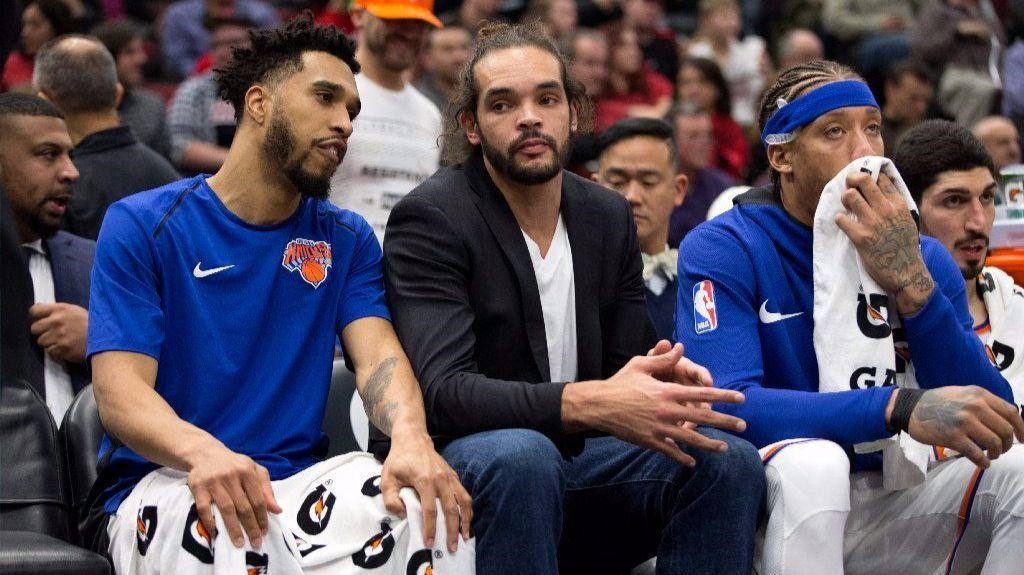 Trading him would've seemed like the easiest way to let him go. But because he is still owed around $56M for three years, there are no likely takers. Noah is averaging 1.7 points and 2.0 rebounds per game in 5.6 minutes of action this season. That's not justifiable for his salary. Unless he gets packaged with Porzingis ( that's not going to happen ), then he is virtually an untradeable asset.

With a trade out of the equation, the next thing that comes to mind is a buyout. Remember that Dwyane Wade agreed to a buyout from the Bulls before signing with the Cavaliers. But the key word there is agree. Under this scenario, Noah would have to give up a portion of what he's owed. According to a report from ESPN, Noah isn't inclined to give up a huge chunk of guaranteed money in a potential buyout.

The other easy way out here is to waive Joakim Noah. Waiving him would still make him count in the books as a cap hit so financially, this isn't a good solution. However, if the Knicks just want to get this distraction off their backs, then this may be the easy road but still, it's costly. 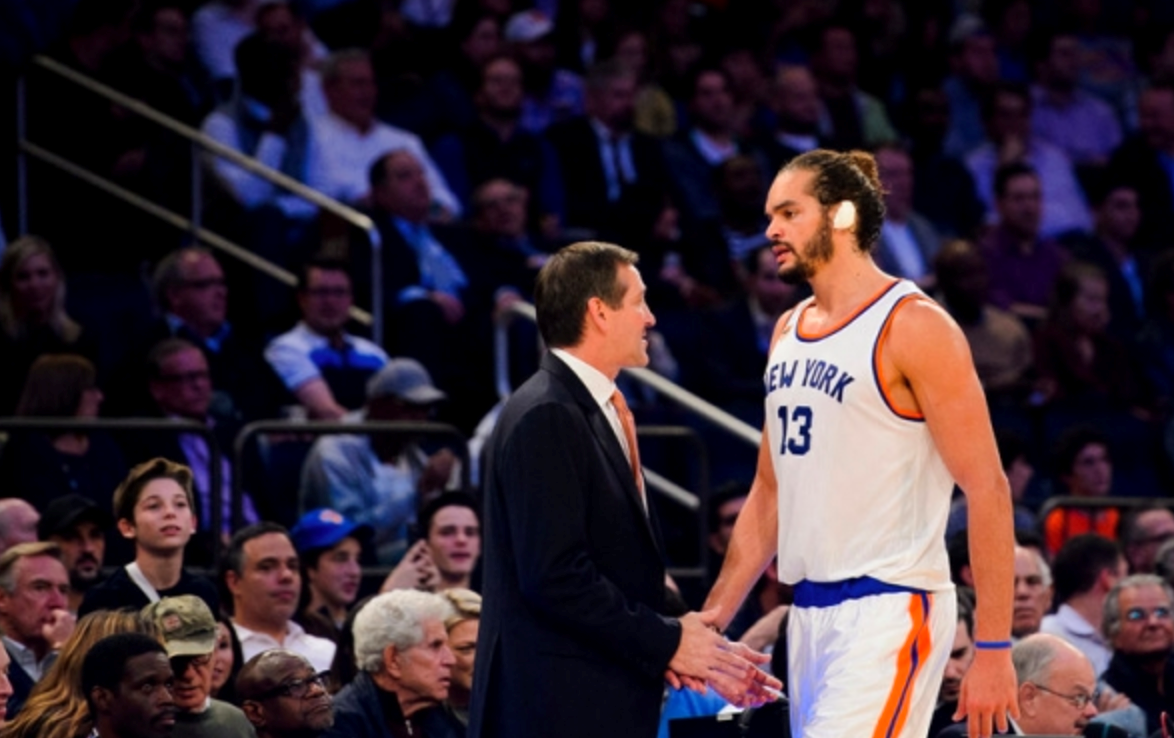 There is another way of waiving a player though. This one's called a waiver using the stretch provision. Under this method, the Knicks can lessen the cap hit over the next two summers. While this may give New York more money to spend in the next two summers, it's going to eat up significant space in the succeeding three years after Noah's contract expires.

If the Knicks want to lessen the financial burden of the stretch provision, they can opt to keep him now and use the stretch provision next summer when he has two years left in his contract or even in the summer of 2019 when he only has one year left in his deals. But while both will result to a lower cap hit, they will have to keep him for some time and that may mean a distraction for the team.

To date, it remains to be seen what the Knicks will do with Joakim Noah. But whether they keep him or move him, they must act soon so that the Knicks can focus on the task at hand and that is to give the playoffs one final push. The Knicks are only three games back of 8th place Philadelphia and can still barge into the postseason if they finish the season strong. They can do that better without any unwanted distractions.