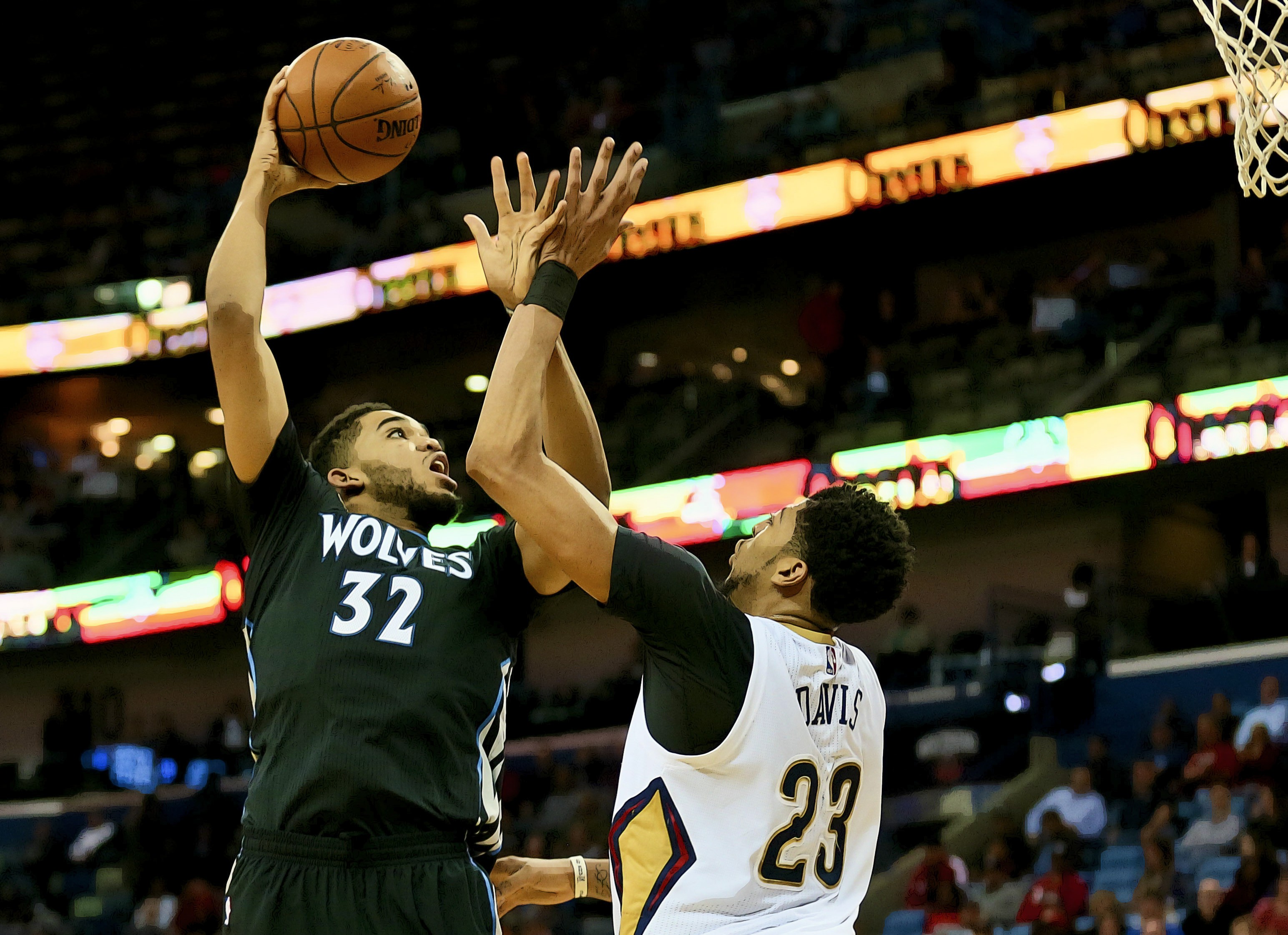 What Does ‘One And Done’ Mean In The NBA?

We’ve heard the phrase too often. But what does ‘One and Done’ mean and where did it come from? Who are the products of this rule?

In this article, we will discuss the NBA’s one and done rule and list down the players who made it to the NBA by virtue of this draft eligibility rule. 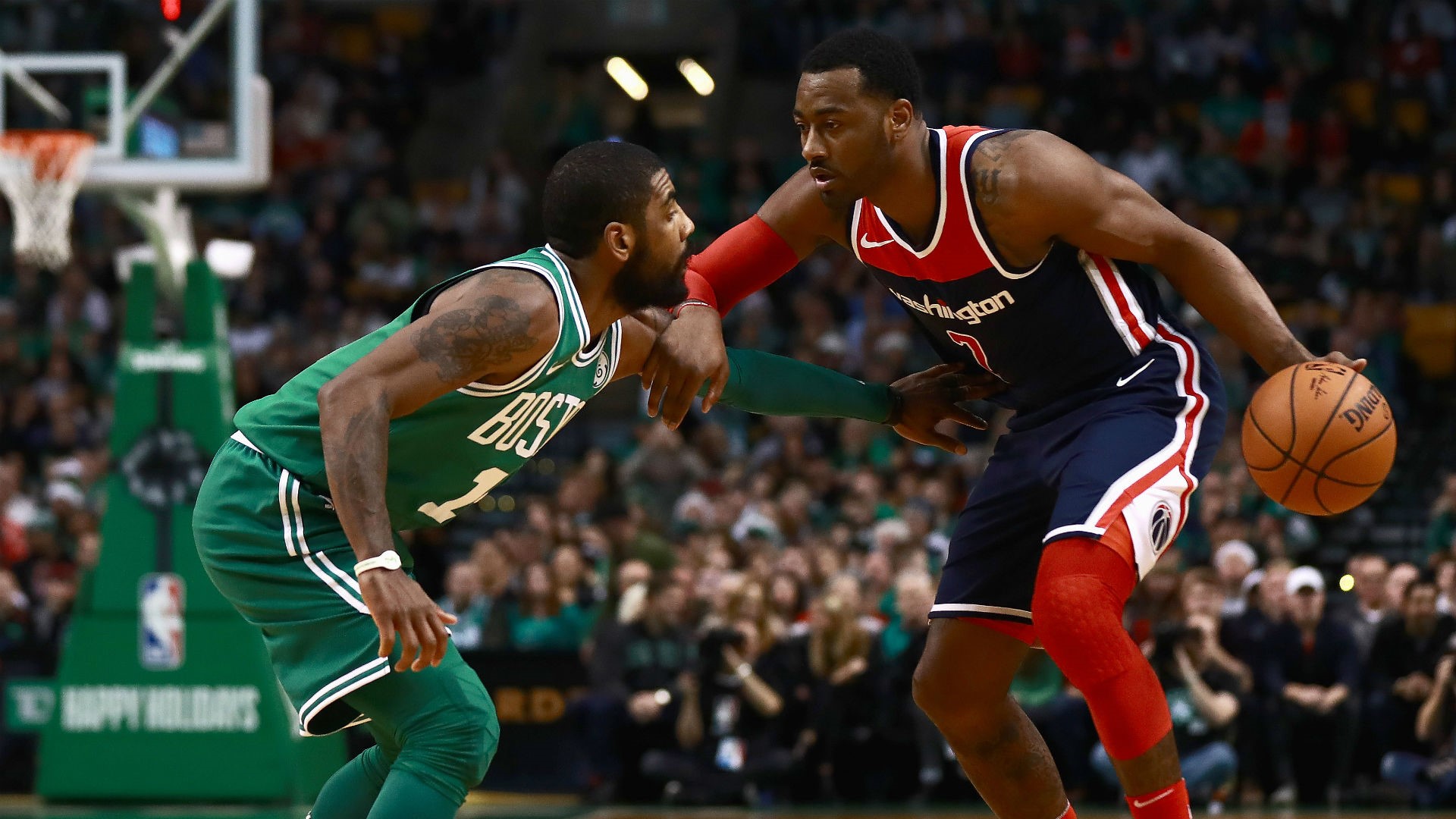 In 2005, the NBA and the Players’ Union agreed to set an age limit to keep away high school seniors from going directly to the NBA. Under the rule, a player has to be 19 years old at least one year removed from his high school graduation in order to be eligible for the NBA draft.

Rather than wait till they become eligible, most of the nation’s top high school ballers sign up for top college programs, play for one season, get exposure and mileage and then apply for the draft. This is why it’s called the one and done phenomenon. Kids play out the mandatory year in college and then leave when it’s already okay to join the pro ranks.

Going to college for one season is the best option. Because while the NBA allows 18 year olds to join its farm league, the G-League, players there don’t make more than $26,000 per season. Others like the Oklahoma City Thunder’s Terrance Ferguson, opted to play overseas ( Australia in Ferguson’s case ) instead of going to college. But as we said, most high school stars just pick a top school, show their wares and then leave after one season. 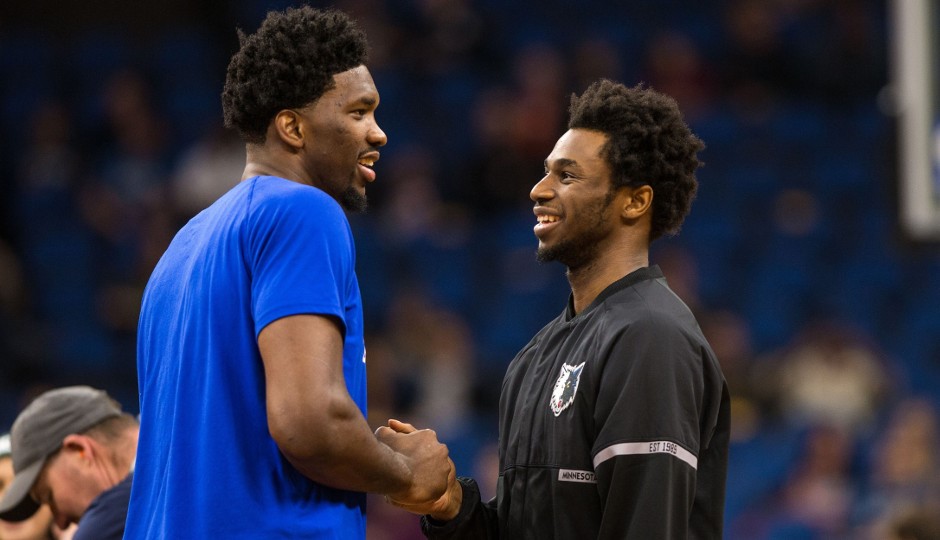 Since the inception of the rule in 2006, four one and done players have won NBA titles. Three of them played for the 2016 NBA champions Cleveland Cavaliers. These are Kevin Love, Tristan Thompson and Kyrie Irving. The fourth player is Cory Joseph of the Indiana Pacers who was part of the San Antonio Spurs’ 2014 title team.

As of the 2016 NBA Draft, 83 freshmen had been drafted under the one and done rule. 11 have earned NBA All-Star nominations and 6 became Rookie of the Year winners. In the 2017 NBA Draft, a total of 16 one and done players were picked in Round 1. That’s the most ever in Round 1 since the rule was enacted, breaking the previous record of 13 set in 2015.

The 2017 NBA Draft also became the first draft where the Top 5 picks were all one and done players. Markelle Fultz, Lonzo Ball, Jayson Tatum, Josh Jackson and D’Aaron Fox were all freshmen when they were drafted by their respective teams. Nine of the first ten picks were freshmen with only the Knicks’ Frank Ntilikina at #8 the only non-collegiate freshman chosen. Of course, Ntilikina played overseas but at 18, he would’ve been the equivalent of a college freshman too.

In all, 11 of the 14 lottery picks were collegiate freshmen and only two picks in round one, the last two at that, were seniors. These were Derrick White of the San Antonio Spurs and Josh Hart of the Los Angeles Lakers. Sophomore Luke Kennard of the Detroit Pistons was the highest drafted non-freshman at #12 while Justin Jackson Portland Trail Blazers ( traded to the Sacramento Kings ) at #15 was the highest junior selected.

During the recent 2018 NBA All-Star game, three of the six first time All-Stars were products of this one and done rule. These were Joel Embiid of the Philadelphia 76ers, Karl Anthony Towns of the Minnesota Timberwolves and Bradley Beal of the Washington Wizards. Goran Dragic and Kristaps Porzingis were products from Europe while Victor Oladipo left Indiana as a Junior.

Let’s take a look at the more prominent one and done stars playing in the NBA today. We’ll look at them per draft class:

Number 1 pick: Markelle Fultz - has played in just 4 games this season due to shoulder injury and a ‘broken shot’. He averaged just 6.0 points, 2.3 rebounds and 1.8 assists per game. He made just one thirds of his shots and half of his free throws.

Number 2 pick: Lonzo Ball- The Lakers’ ‘future’ missed a total of 23 games this season due to an MCL sprain or rest. Ball has been good as advertised when it comes to his passing skills and vision. However, not only has been his shooting form terrible but his shooting percentages as well. Ball is shooting just 35.1% from the field, .305 from behind the arc and .462 from the free throw line.

Number 3 pick:Jayson Tatum- Tatum has grown overnight in Boston with the injury to Gordon Hayward. The former Duke product has shown not just the ability to score but to score when needed. He’s averaging 13.6 points, 5.1 rebounds and 1.5 assists per game. Tatum is shooting the rack at .429 from behind the arc.

Number 13 pick: Donovan Mitchell- Mitchell is without doubt the best performing rookie of the class ( Ben Simmons is the top choice for ROY but Simmons was drafted in 2016 ). He’s emerged as the new go to guy in Utah. The Jazz were supposed to lay down and die after Hayward left but Mitchell’s 20.3 points, 3.7 rebounds, 3.6 assists and 1.5 steals per game have put them in playoff position.

Number 1 pick: Ben Simmons- As we said, Simmons is the top choice for ROY this year after missing what was supposed to be his rookie season with an injury. Simmons’ 8 current triple doubles are second most in history behind Oscar Robertson. Simmons, Robertson and Magic Johnson are the only players in NBA history to have at least 1,000 points, 500 rebounds and 500 steals during their rookie season.

Number 1 pick Karl Anthony Towns - two years in a row, Towns was selected by the GMs during the Annual NBA GM survey as the Player they would build their franchise around. He was Rookie of the Year in 2016 and this year he’s led the Minnesota Timberwolves to their first winning season since the Kevin Garnett era. Towns was named to his first ever All-Star team this season.

Number 1 pick: Andrew Wiggins- Drafted by the Cavs, traded to the Wolves for Kevin Love. Wiggins is the son of former NBA player Mitchell Wiggins and is the second Canadian taken #1 overall in the NBA Draft. Wiggins was Rookie of the Year in 2015.

Number 12 pick: Steven Adams- Adams is the man in the middle at Oklahoma City. The 7 foot New Zealand native currently averages 14.1 points, 9.0 rebounds and 1.1 blocks per game and is one of the most improved players in the league this season. Adams is the stabilizing force of the Thunder defense and his uncanny ability to finish alley-oops has made him popular in OKC.

Other one and done players: #1 Anthony Bennett, #6 Nerlens Noel, #7 Ben McLemore and #14 Shabazz Muhammad- While Noel, McLemore and Muhammad are still in the league, none of them have reached superstar status and may never do so. Bennett? He’s playing the G-League after bouncing around in the NBA. Bennett is considered as one of the of the biggest draft busts in NBA history.

Number 1 pick: Anthony Davis - Without question, one of the best players ever produced by the one and done rule. Davis is in his sixth season with the Pelicans and he’s already been named to five All-star teams, two All-NBA First teams, two All-Defensive 2nd teams and was the 2017 NBA All-Star game MVP.

Number 1 pick: Kyrie Irving - Irving played just 11 games at Duke and was done due to a toe injury. But he’s by far one of the more successful products of the one and done rule. Irving’s clutch three pointer in Game 7 of the 2016 NBA Finals sealed the win for the Cleveland Cavaliers. Irving was the 2011 Rookie of the Year and was also the 2014 NBA All-Star Game MVP.

Number 1 pick: John Wall - The Wizard of Washington is one of the premier point guards in the NBA. Known for his blistering speed and shot making ability, John Wall was All Defensive 2nd team in 2015 and All-NBA 3rd team last season. Currently nursing a knee injury, Wall is averaging 19.4 points, 3.6 rebounds, 9.3 assists and 1.3 steals per game for the Wizards.

Number 9 pick: DeMar DeRozan - one half of the Toronto Raptors’ All-star backcourt and one of the main reasons why the Raptors are the #1 team in the East. DeRozan is currently averaging 23.6 points, 4.0 rebounds and 5.1 assists per game. He was named to the All-NBA 3rd team last season.

Other notable one and done players: #4 Tyreke Evans and #17 Jrue Holiday

Number 1 pick: Derrick Rose - the 2008 Rookie of the Year took the league by storm and won MVP honors in 2011. Rose was seen as the heir apparent to Michael Jordan in Chicago until he was plagued by a series of knee injuries. Rose now plays back-up guard for the Minnesota Timberwolves after being waived at the trade deadline. By all means not a bust but a talent gone to waste due to injury. One could only imagine what he would have been if he were healthy.

Number 2 pick: Kevin Durant - Arguably the second best basketball player in the planet, next to LeBron James. The 2008 Rookie of the Year, 2014 NBA MVP and 2017 NBA Finals MVP. Durant joined a powerhouse Golden State Warriors team in 2017 and led them to the 2017 NBA title.

Other notable one and done players: #1 Greg Oden ( who’s the bigger bust: Oden or Anthony Bennett? ) and #4 Mike Conley

There were only two freshmen selected in this draft. #4 Tyrus Thomas is now playing in Germany while #17 pick Shawne Williams plays at the G-League.
z

One And Done Could Be Gone 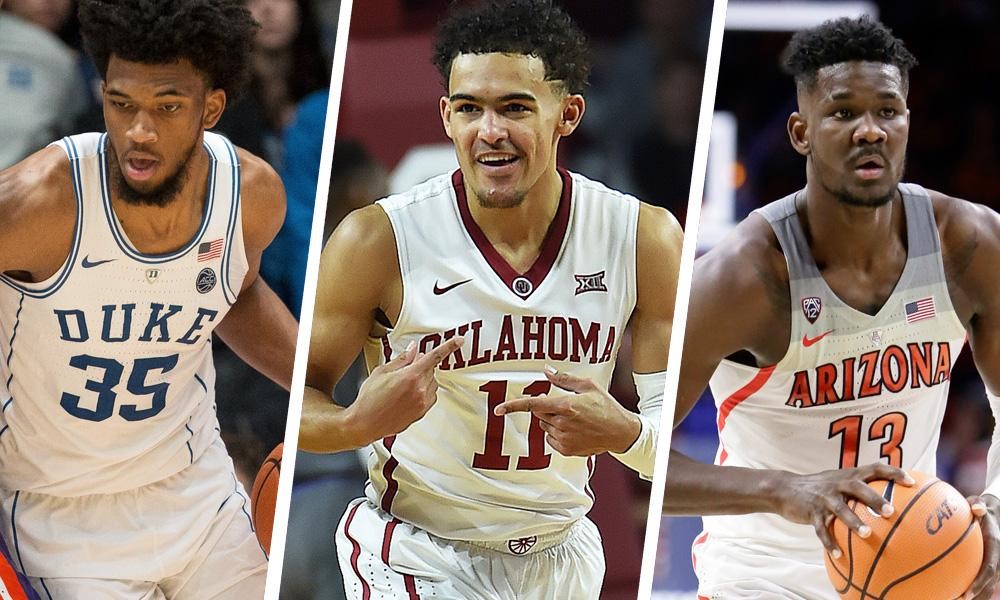 So you see, there are plenty of one and done players who are staples in their current NBA teams. We have franchise cornerstones like Kyrie Irving, Anthony Davis, Karl Anthony Towns, Joel Embiid and Andrew Wiggins. Then there are also those who weren’t drafted too high but still made it to the elite level. But for every player like A DeAndre Jordan, Hassan Whiteside or Lance Stephenson who have made it big despite not being lottery picks, there are those who flopped like Anthony Bennett, Greg Oden and Tyrus Thomas.

The one and done rule is now under scrutiny especially since current NBA commissioner Adam Silver reportedly wants the rule scrapped. NBA players like Kevin Durant are also calling for its abolition. Meanwhile, the NBA and NCAA are looking for ways to end and replace the rule.

After all, the rule has proven not to be fool proof. And there are high school players who are already NBA-ready. For now though, the 2018 NBA Draft looks to be loaded with one and done freshmen once again. Eight of the Top 10, including six of the first seven picks could be collegiate freshmen with only Euro guard Luka Doncic as the exception.