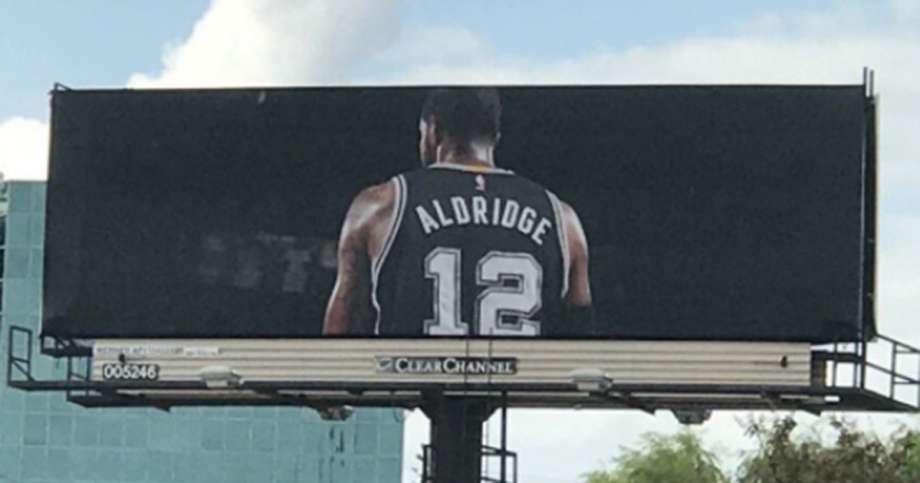 What Does The Mysterious LaMarcus Aldridge Billboard mean?

Basketball superstars are common fixtures on billboards. These players are very good ambassadors to promote a company’s products. But there’s on in San Antonio, Texas that’s very peculiar and quite intriguing.

No Logos, No Words 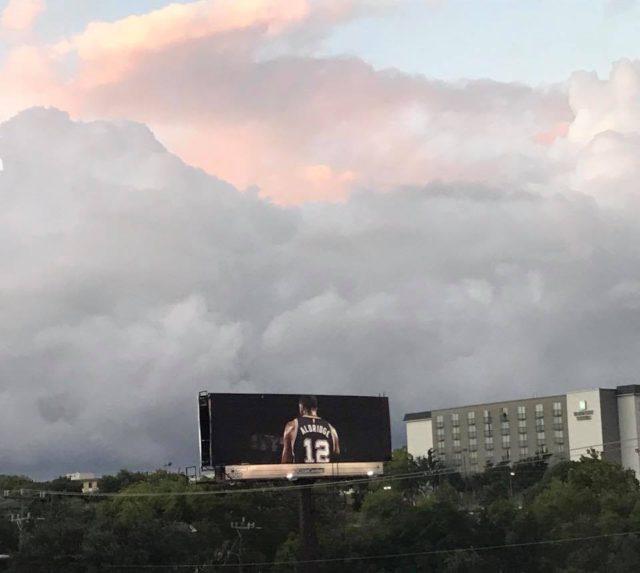 For the past week, commuters near the Loop 410 and Interstate 10 interchange have been met with this image of LaMarcus Aldridge on a billboard. It’s odd because not only does LaMarcus have his back turned, the billboard also doesn’t have any corporate logos or wordings. Worse, the San Antonio Spurs denied having anything to do with the said billboard. So who put it up? And Why?

The owner of the ad space, Clear Channel Outdoor, is mum about the issue. GM Luis De La Torre said that the company is prohibited from disclosing the identity of its clients. But when pressed for an answer by ESPN SA, De La Torre forwarded the request directly to the buyer himself. But the buyer has yet to return the request, thus keeping the billboard a mystery to millions.

According to the San Antonio Spurs’ management, the mysterious billboard was put up by a Spurs’ fan. Spurs Sr. Director For Basketball Communication Tom James said:

"The billboard of LaMarcus Aldridge was not put up by the Spurs or any party associated with our organization, but we think it's a wonderful gesture.It's another example of the love our fans have for our players." 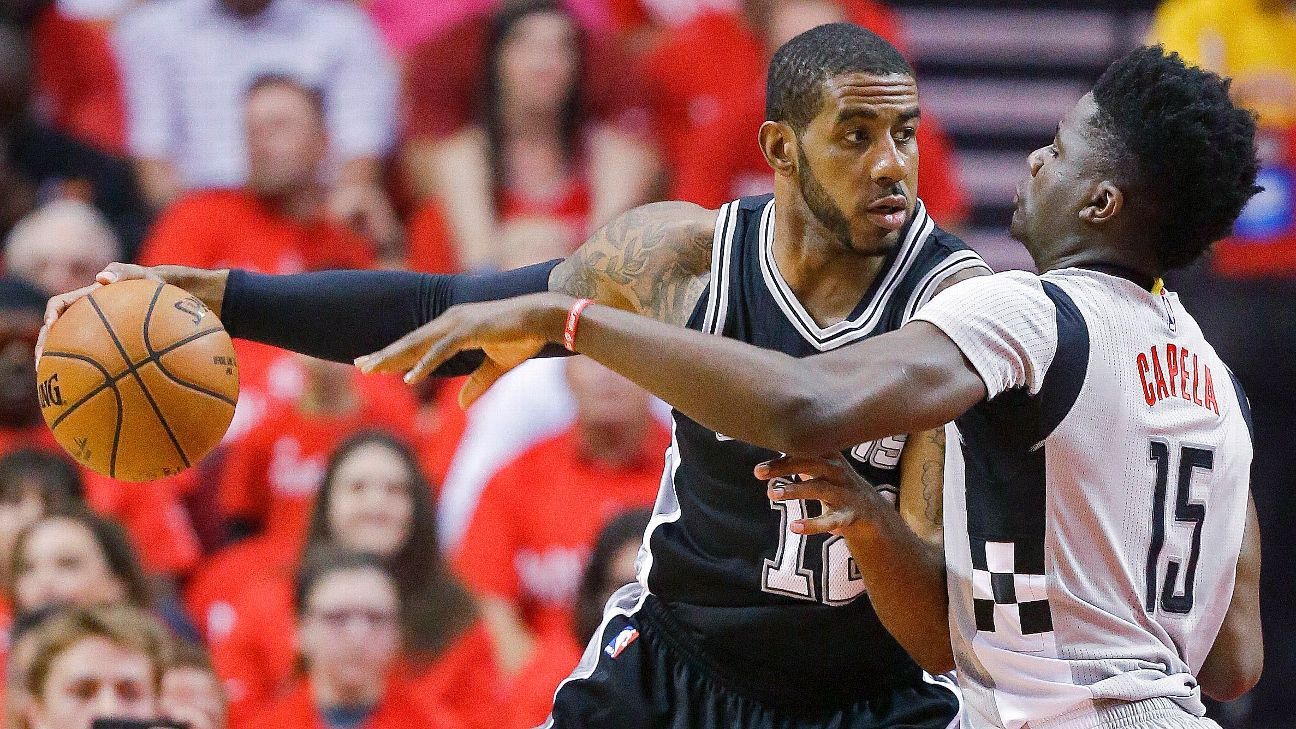 The fans love the players but the same could not be said about the franchise. Love wasn’t exactly in the air when the Spurs reportedly shopped Aldridge several times this summer. This after Aldridge put up a disappointing performance for the Spurs during the 2017 playoffs.

L.A.’s 2017 postseason average of 15.6 points, 7.4 rebounds and 1.0 blocks per game were all career-lows. In Game 1 of the Western Conference Semifinals, Aldridge scored a career low four points and was a -36 in plus/minus for the game. The latter was the worst by any Spurs player during the playoffs under Gregg Popovich. 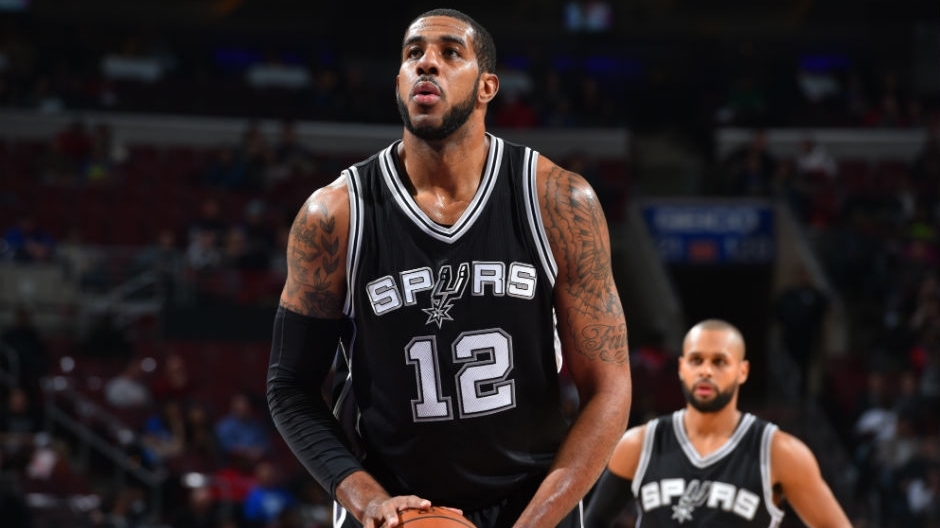 The Spurs advanced to the Western Conference Finals against the Golden State Warriors but Aldridge only got worse. According to ESPN, during the first 43 minutes after Kawhi Leonard was infamously injured by ZaZa Pachulia in Game 1, LaMarcus Aldridge had more turnovers ( eight ) than baskets ( seven ).

Aldridge scored 28 points in Game 1 but he registered just 8 points in two of the next three games. Without Kawhi Leonard and Tony Parker, that wasn’t good enough. The Spurs expected him to step up but unfortunately, that did not happen. LaMarcus Aldridge disappeared. As a result, the Warriors swept the Spurs in the Conference Finals. 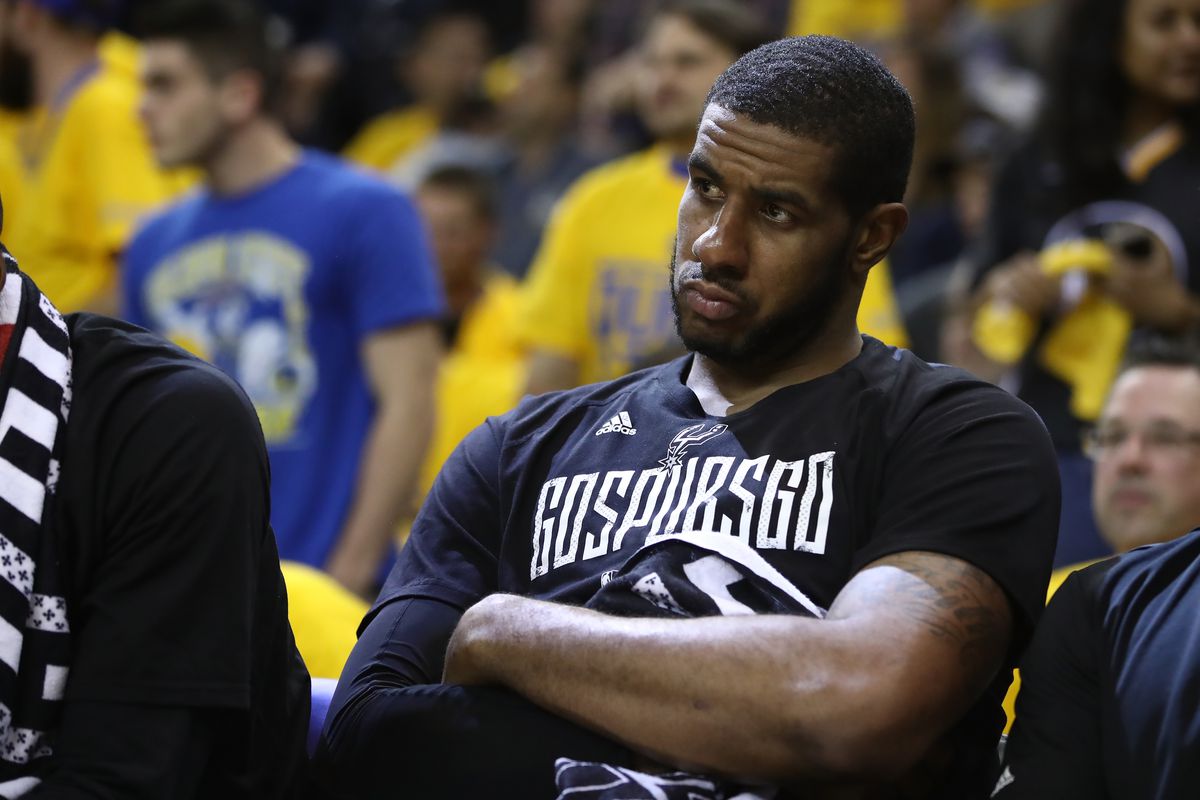 Let’s go back to the billboard. The image of LaMarcus Aldridge with his back turned appears to foreshadow something. Some say it’s an image of Aldridge walking away from the Spurs and leaving the team.

"I like it," Aldridge said. "I appreciate it, especially after the summer with everything (trade rumors) that was going around. So, I'm thankful for whoever done it. I want to say thank you because I actually like it." 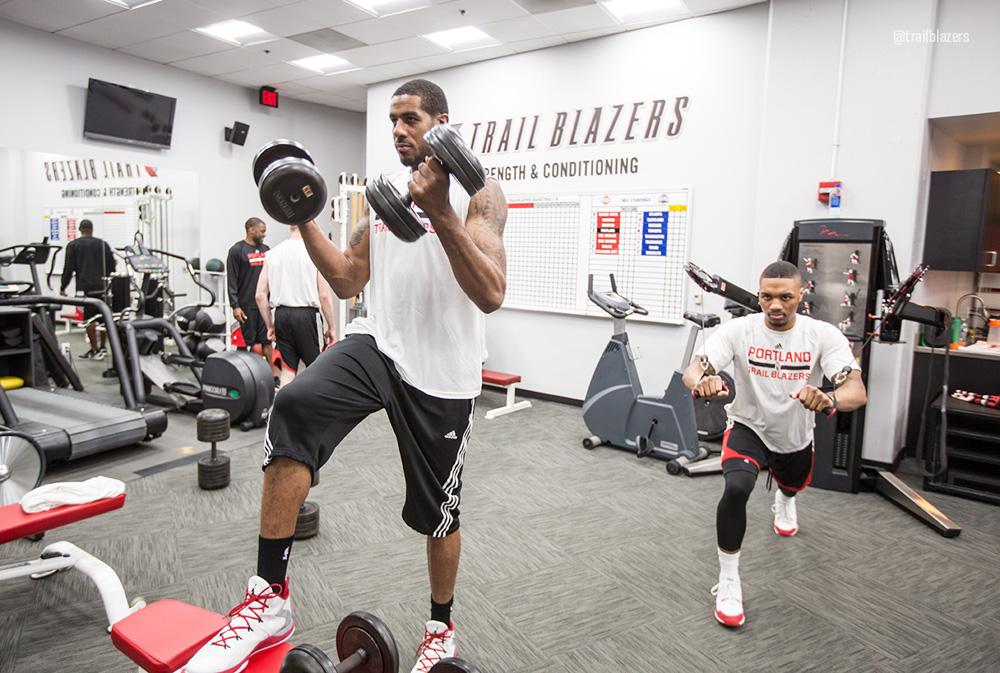 With the summer over, Aldridge is returning for the Spurs. And he’s hopeful that the work he’s put into this summer is going to make him realize his true potential in a San Antonio Spurs uniform. Aldridge worked on his mobility and watched films that would improve his decision making. He still believes that he can return to All-Star level. Said LaMarcus via ESPN:

"I think I'm still able to play at [an All-Star] level, and I don't feel like I've declined to not be in the top 10-15 guys in the league. I feel like I can still help teams win, and bring something dominant into the game. I've done my part. I went home, and worked hard. Hopefully, it pays off." 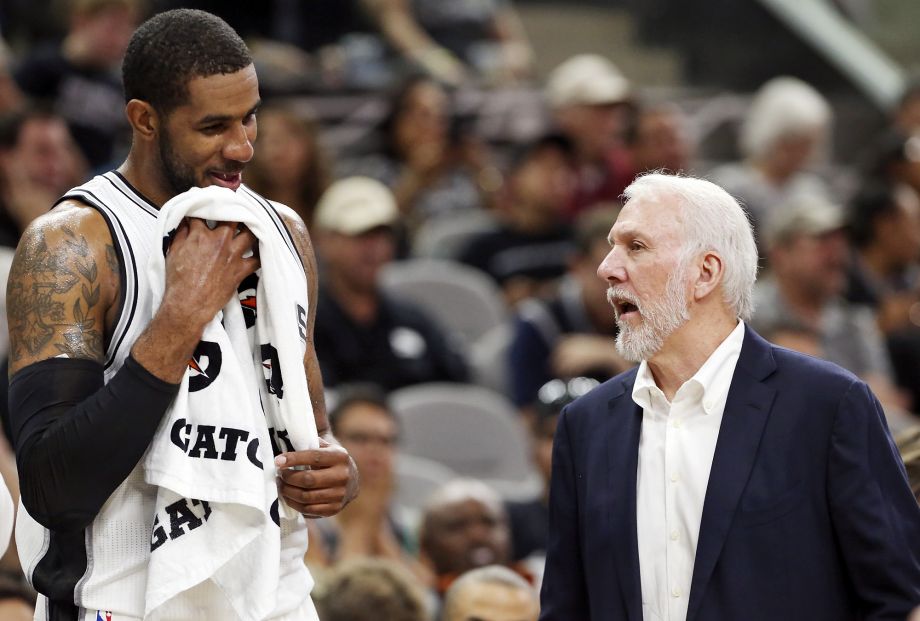 When the dust settled, Aldridge had a heart to heart talk with Coach Gregg Popvich. During the meeting, Aldridge vented out his frustration and expressed his concerns:

“It was me kind of being blunt about it, and being kind of forward : “He was open to it. I kind of just spilled my heart about how I felt about how things were, and how this had been going.I think he was kind of caught off guard. I don't think he really had noticed [that I was unhappy]. But once I said it, he was great about listening, and it was good from there. I felt like I wasn't really fitting into the system as best I could. I wasn't really helping like I felt I could."

When the Spurs signed Aldridge to a four year deal worth $80M, they expected him to become their new center of attraction after Tim Duncan’s departure. Halfway the contract, that has not happened. Aldridge’s numbers have regressed. After averaging at least 20 points for 5 consecutive seasons in Portland, he’s missed the mark both years in San Antonio. 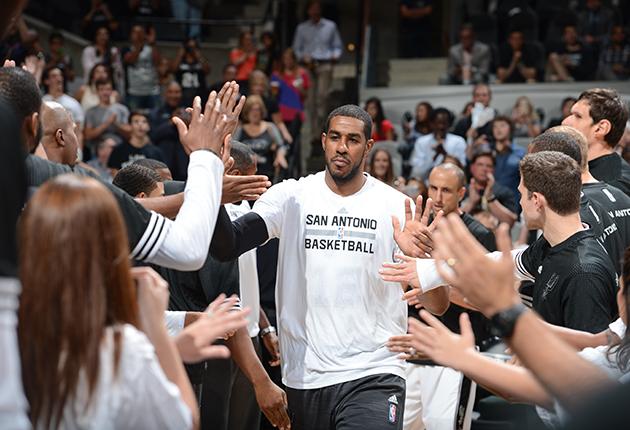 Aldridge’s scoring average of 17.3 points per game in 2017 is the second lowest in his career. The only time he averaged less than that was during his rookie season. After making the All-Star team in the previous five years, he missed making the team in 2016-17.

Hopefully, things will be different this year for both Aldridge and the Spurs. No, not just because Aldridge worked on his game during the summer but because his one on one talk with his coach cleared the air. And the billboard? Aldridge showing his back may mean that the LaMarcus Aldridge of old will be back this season.