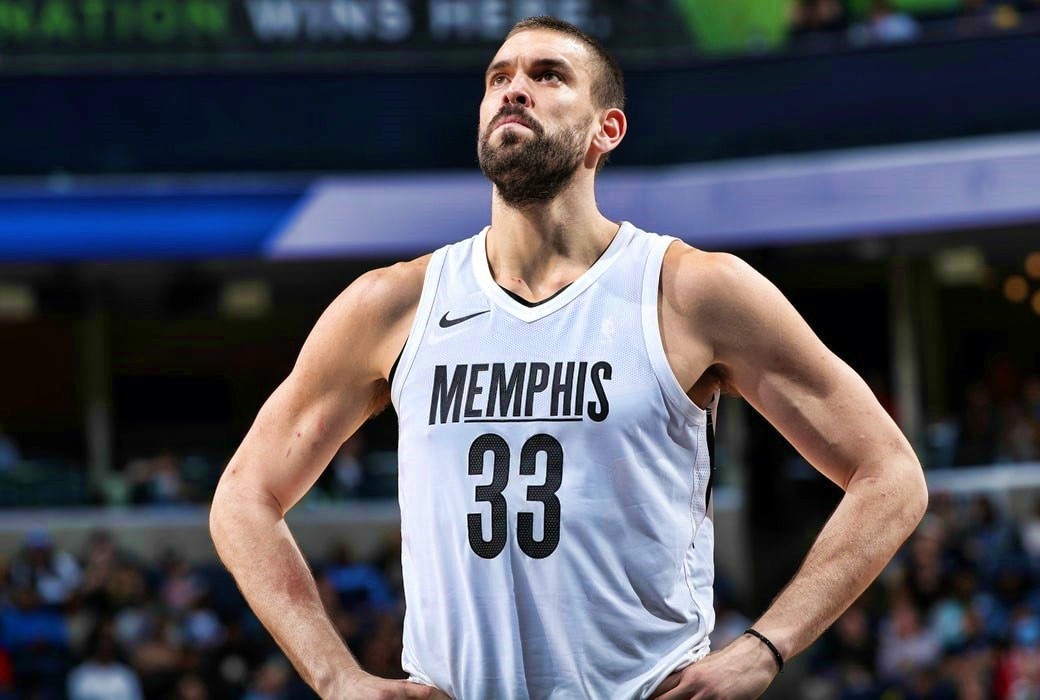 What’s Next For The Memphis Grizzlies?

Injuries have cost the Grizzlies this season and losing has made Gasol more frustrated than he’s ever been before.

Only once in Gasol’s first eight NBA seasons did he play for a team that didn’t win at least 40 games in a single season. That year was his rookie year way back in 2009-09 when the Grizzlies won just a total of 26 games. From 2010 to last season, the Grizzlies won at least 40 games and they made the playoffs in each of those seven seasons. That run has come to a screeching end.

With six games to go this season, the Grizzlies are 21-56, five wins short of the worst season that Marc Gasol has ever seen. Given the way the team is playing, they are 3-7 in their last 10 games, it’s almost safe to say that this will be the worst season of Marc Gasol’s NBA career.

And it’s not that Marc Gasol is not trying. Sure, his 17.6 points per game this season is two points shy of his scoring average from last season. But Gasol has been on his own this year. Gone are Zach Randolph and Tony Allen, one half of the Grit and Grind movement in Memphis. Only Gasol and Mike Conley remain. But Conley has missed all but 12 games this season. 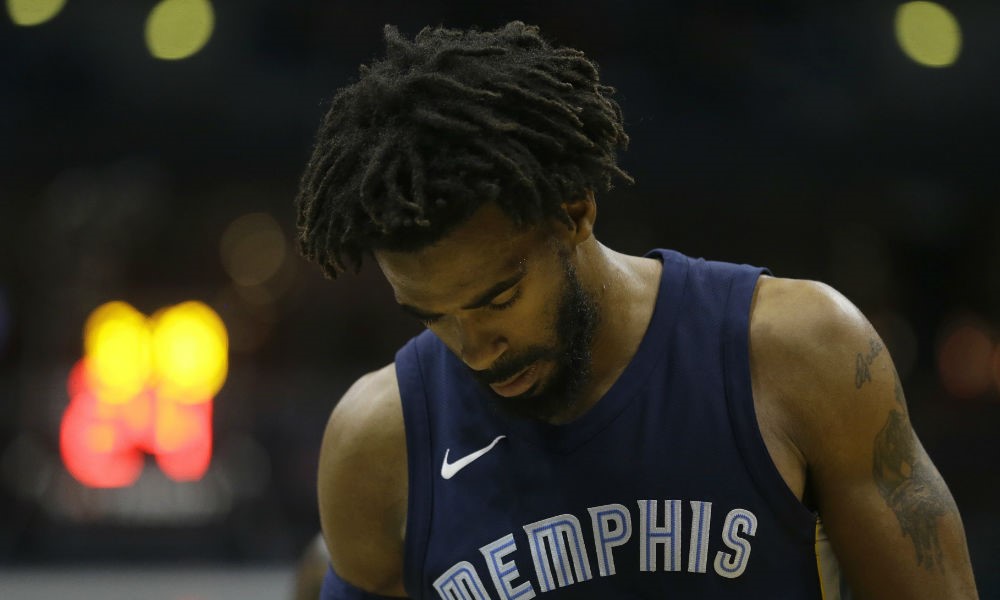 Memphis’ court general missed time this season with an achilles injury. In January, the Grizzlies announced that Conley had to undergo a season-ending surgery to smoothen a small bone intrusion in his left heel. At that time, the Grizzlies were 17-31. You can do them math and find out how bad they have been since then.

Conley hasn’t been the only player dealing with an injury. Players like Chandler Parsons, Tyler Ennis and JaMaychal Green have been in and out of the line-up due to injuries. At the All-Star Break, the Grizzlies led the league with a total of 175 games missed due to injury or illness to 14 players.

Marc Gasol has played all but six games this season. And with most of his significant teammates on sick bay, he has been the lone bright spot in an injury ravaged team. But with the rest of the squad composed of young players and rookies, putting up wins has been very difficult. That has been very frustrating for Marc Gasol.

Come to think of it. Whether the Grizzlies make the playoffs or win just 21 games, Marc Gasol will make $22,642,350 this season. But he doesn’t just want to go through the motions and earn his payslip. He was four wins away from making the NBA Finals in 2013. He has been to the Conference Semifinals in two other seasons. He wants to win. And he wants to win now.

Leaving Has Never Been An Option 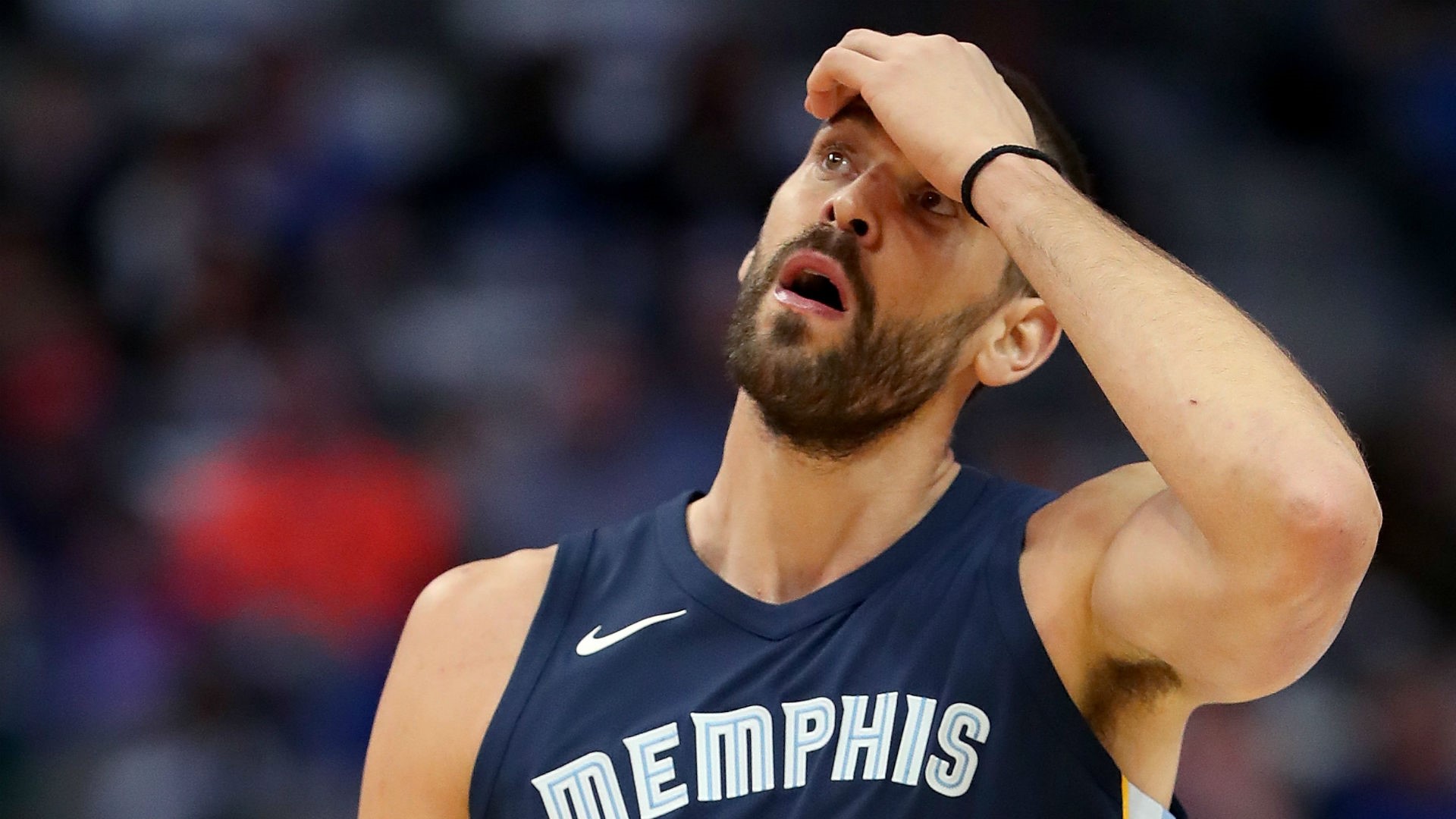 At age 33, Gasol is nearing the end of his athletic prime. If the Grizzlies want to rebuild, Gasol would most certainly be no longer there to enjoy its rewards. A rebuild would take at least a couple of years to do and most of the times more than that. You can’t look too far from the Philadelphia 76ers who had to be the NBA’s worst team for four seasons before reaping the rewards of their so called ‘Process’.

Looking at his contract situation, Gasol still has two more years on the five year $113M max contract he signed in 2015. However, the 2019-20 part of that deal is a player option only. Having said that, Marc Gasol still has to finish next season before he can be eligible to leave Memphis.

Leaving has never been once considered as an option for Marc Gasol. He began his career in Memphis. He became a three time NBA All-Star representing the Grizzlies. He was named to the All-NBA team twice, both times representing Memphis. He was Defensive Player of the Year in 2013, the best season ever in Memphis Grizzlies’ history. Gasol has played in 59 of the 75 total playoff games in Grizzlies’ history and he’s been part of all its 29 playoff victories. Gasol loves Memphis and Memphis loves Marc Gasol.

But given what has happened to their 2017-18 season, Marc Gasol may be on his way out. Early this season, the Gasol openly expressed his frustration and disappointment over an incident where he was benched by head coach David Fizdale during a crucial stage of a ball game. Management showed its support to Gasol by firing Fizdale. But if we thought that was the end of it, we may have been mistaken.

Playing Not To Win 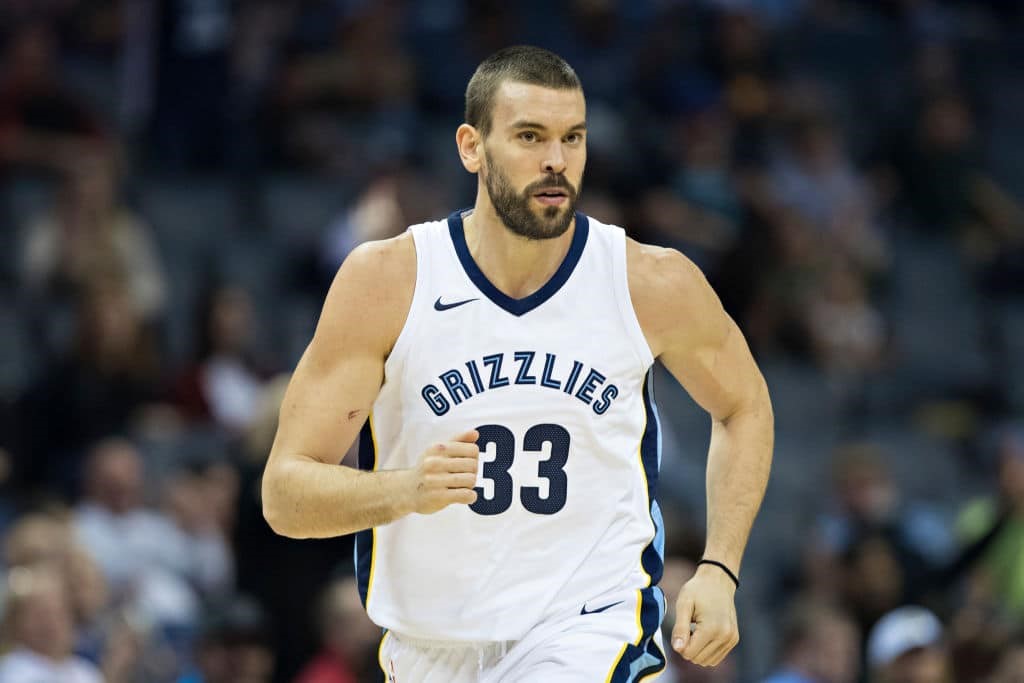 Marc Gasol was benched for the entire fourth quarter of the Grizzlies’ game against the Utah Jazz on Friday night. Gasol had scored 21 points on 11 of 12 shooting from the field, including a career high six three pointers in 23 minutes of action. But interim coach J.B. Bickerstaff benched the Spaniard in the final quarter and the Jazz went on to win 107-97.

Sure, even if Gasol played the entire fourth quarter, there was no guarantee that the Grizzlies would win. But had he played, it would have given Memphis their best chance of winning that game. But winning may not be on top of their agenda. When interim coach J.B. Bickerstaff was asked about benching Gasol, he said that they ‘wanted to give their young guys and opportunity to play’. That’s well said but what Bickerstaff actually means is that they don’t want to win.

At 21 wins this season, Memphis shares the second worst record in the league with the Atlanta Hawks. Should the Grizzlies have third worst record at the end of the season, they will most likely pick third in the draft too, if the ping pong balls hold during the lottery. If that happens, they will have the opportunity to draft a possible franchise player this June.

The Top 5 prospects of this year’s NBA draft are impressive and have the potential to be future NBA stars DeAndre Ayton, Mo Bamba, Marvin Bagley III, Michael Porter Jr. and Luka Doncic all have the qualities to be franchise players in the NBA. If the Grizzlies get a Top 5 pick, they’ll surely get one of these guys. The higher the pick, the better player they’ll have. 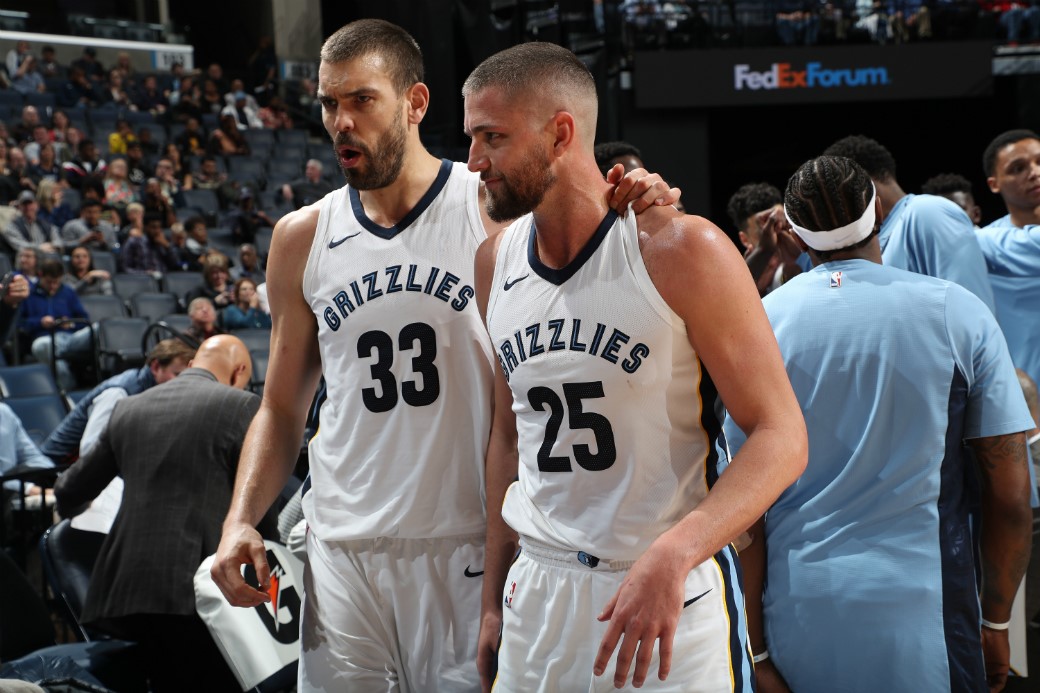 The 2017-18 season is a lost cause for the Grizzlies. And you can’t blame them for ‘not trying too hard’ to win. And even if they get the player they want in this year’s draft, that won’t necessarily mean they’ll return to winning form next season. That depends not just on how their top rookie will develop but it will also depend on the health of the team, especially Mike Conley. Given these variables, next season will be an unknown.

When management broke up Grit and Grind, it was a sign that they want to move on to the next chapter. That next chapter may be a rebuild and if that’s the case, Marc Gasol has no place in those plans. If Memphis wants a rebuild and Gasol wants to win, one has to go. Given that he is more expensive and already 33 years of age, it’s Gasol who may have to go.

In 2007, a locker room situation led to the ouster of another Gasol, Marc’s elder brother Pau. Coincidentally ( or by fate ? ), Pau ended up getting traded to the Los Angeles Lakers for Marc. The rest is history. Marc led the team to the best seven years in its history. And now Marc is in a somewhat similar situation as Pau was 11 years ago.

This is going to be a difficult offseason for the Memphis Grizzlies with so many questions waiting to be answered. But the biggest question of all is the biggest piece of the team - Marc Gasol. Do the Grizzlies still want him back? Or is the question better put this way: Does Marc want to play for the Grizzlies next season? The Grizzlies have the entire summer to think about it.