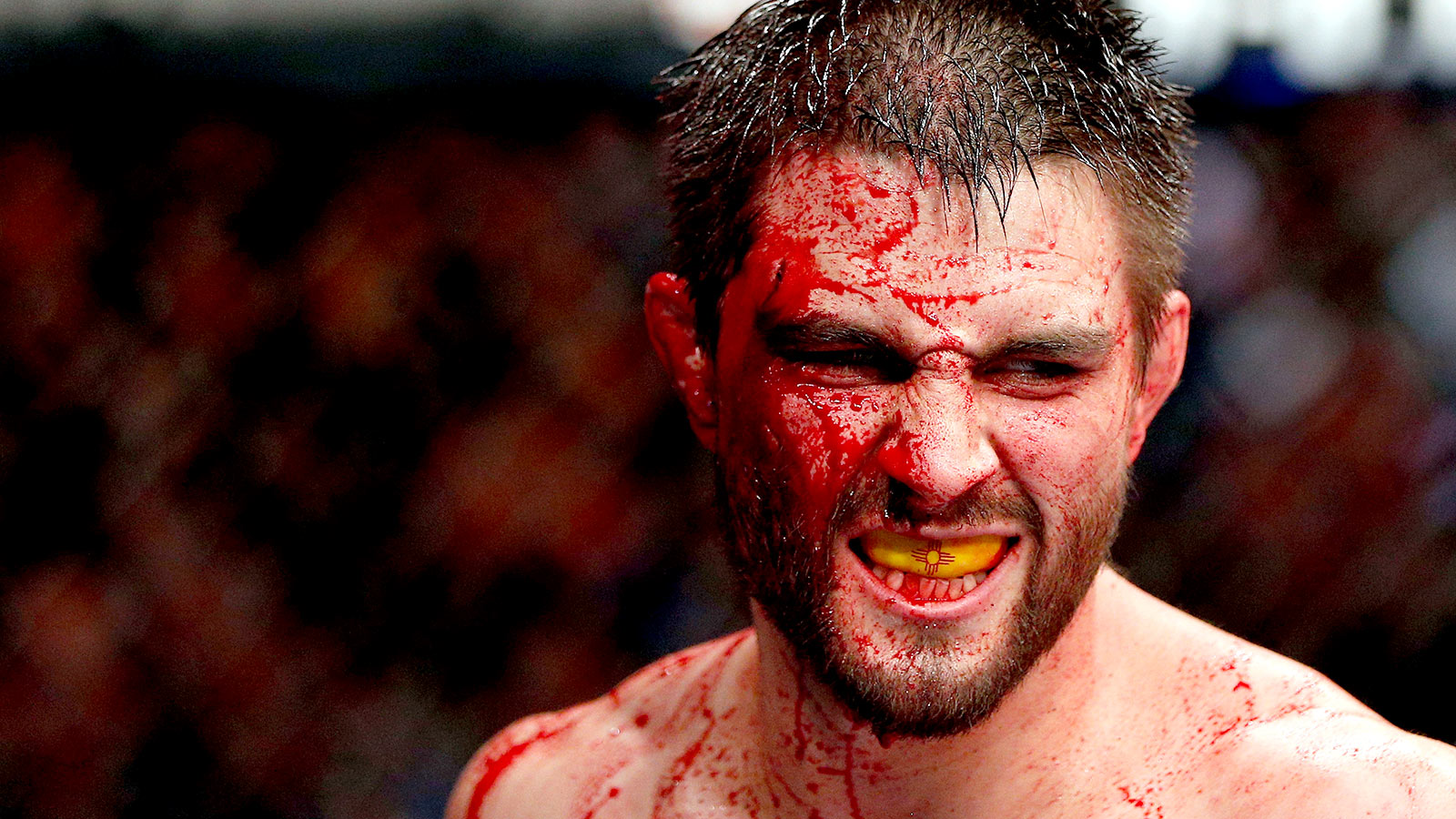 Where is Carlos Condit Now?

We haven’t seen Carlos Condit inside the Octagon since August of 2016. Although he hinted that he ‘may’, Condit hasn’t officially retired yet. Nor has he been drumming up a comeback fight. So where is Carlos Condit now? And what’s keeping him busy nowadays?

Well, Carlos Condit is still in his hometown of Albuquerque, New Mexico. And yes, he is doing very well with his life. Whether he still trains in the gym or not, we don’t know. What we know is that he’s been busy not with fighting but with two very different things: medical sales and coffee.

After suffering his fifth loss in seven fights at UFC on Fox 21 in August 2016, Condit sounded like he was done with fighting. The former UFC interim welterweight champion told reporters during the event’s post fight conference that he didn’t know if he still wanted to fight anymore. Said Condit:

“I don’t know if I have any business fighting at this level anymore. I’ve been at this for a really long time. The pressure of kind of being one of the top guys for almost a decade, it’s been awesome to be involved in this sport as long as I have. I got to do what I love for a living for a very long time. I don’t know, man. I don’t know if I belong here anymore. We’ll see.”

Since then, little has been heard of Condit. The picture of the UFC welterweight division has changed a lot since he left. Robbie Lawler, the man who beat Condit in the 2015 Fight of the Year, lost his welterweight belt to Tyron Woodley at UFC 201. At UFC 213, Woodley successfully defended his title for third time against Demian Maia,, the man who dealt Condit the last loss in his record. Condit has slipped in the rankings during this period and there are no signs that he’s returning soon.

Since coming over from the now-defunct WEC where he reigned as welterweight champion, Condit has been one of the UFC’s top 170 pound fighters during this decade. After three explosive stoppage wins over top contenders Rory MacDonald, Dan Hardy and Dong Hyun Kim, Condit won the interim UFC welterweight title with a unanimous decision win over the enigmatic Nick Diaz at UFC 143. The victory earned Condit the biggest fight of his career, a title unification bout against Georges St. Pierre at UFC 154.

Condit became only the second fighter to score a knockdown on GSP when he connected with a head kick in the third round of their bout. But after failing to finish St. Pierre, Condit lost via unanimous decision in a back and forth affair which was awarded Fight of the Night honors. Since that loss, Condit’s won just twice. However, he will always be remembered for his UFC 195 war with Robbie Lawler.

Two fights after suffering a serious ACL injury, Condit earned his second title shot against then champion Robbie Lawler at UFC 195. The Albuquerque, New Mexico native took Lawler to his limits before losing a close ( and controversial to some ) split decision which almost instantly warranted a run back. But before Condit could get a rematch with Ruthless, Lawler lost his belt to Woodley. One month later, Condit was submitted by Demian Maia in his first round one stoppage loss since 2005. 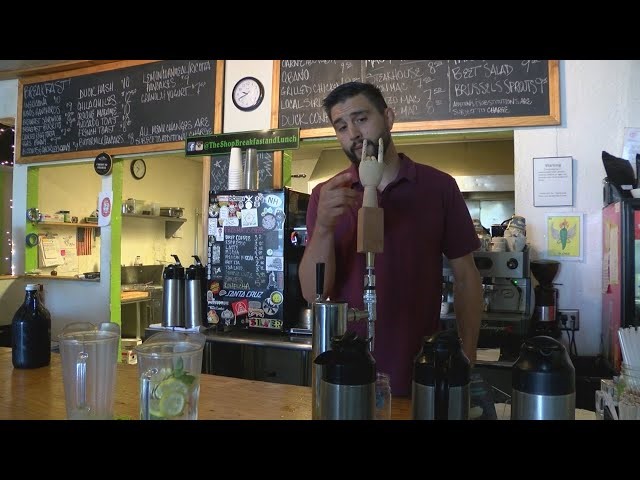 One year later, Carlos Condit isn’t worried about title shots nor rankings. He’s been busy with his new ventures in Duke City. One thing led to another, according to Condit. After starting a business in medical sales, he and his partners have created a craft coffee company called Hundred Hands Coffee. 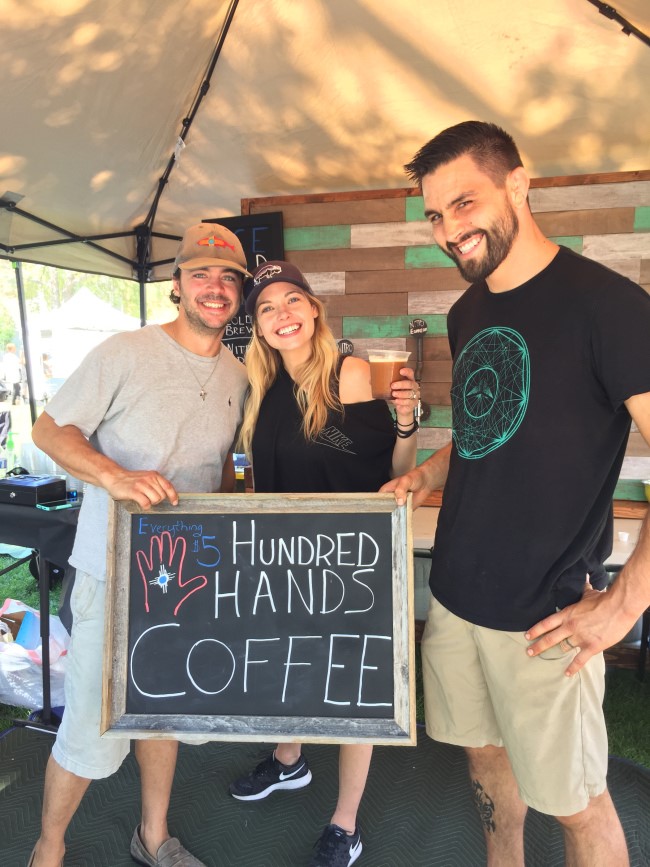 “I met my partner Ryan and his wife in a cadaver lab. We were showing doctors how to put people’s arms back together and we got on the subject of coffee. Ryan was wanting to do some cold brew. I am a coffee fanatic and it kind of clicked.”

After a couple of months, Condit and partners Ryan and Kaitlin Hoskinson have been busy brewing coffee in Northeast Albuquerque. The Hoskinsons were already brewing their own nitro coffee at their home but needed a roaster to make it commercially. Condit had a long standing relationship with Prosum Roasters and suggested the couple to check it out. The rest, as they say, is history.

The trio doesn’t intend to have their own coffee shop for now. They’d rather have taps of their nitro coffee available in bars, restaurants, taprooms and even gyms all over Albuquerque. You can find them selling their nitro cold brew coffee, nitro tea and vietnamese coffee at Nob Hill’s ‘The Shop’ and at farmers markets on weekends.

The partnership that began in the unlikeliest of places has turned into a booming business. That’s because of the Hoskinson couple’s business expertise and Carlos Condit’s passion for coffee. Said Condit:

“Anything I do I go all out, including my loves and my passions and one of which is coffee. It’s all come together.”

While it’s coming together for Carlos Condit outside the octagon, the fighter known as the Natural Born Killer for his ability to finish fights with his deadly strikes is still #5 in the UFC welterweight rankings. Following UFC Fight Night 113 in Glasgow, main event winner Santiago Ponzinibbio called out Condit. So far, there hasn’t been an answer from the man who has never backed down from any challenge in the past and it may not be because he is doing so for the first time. Not at all. Carlos Condit’s passion is now in coffee, not fighting. Whether that’s for good remains to be seen. For now though, let’s call him the Natural Born Brewer instead of Natural Born Killer.