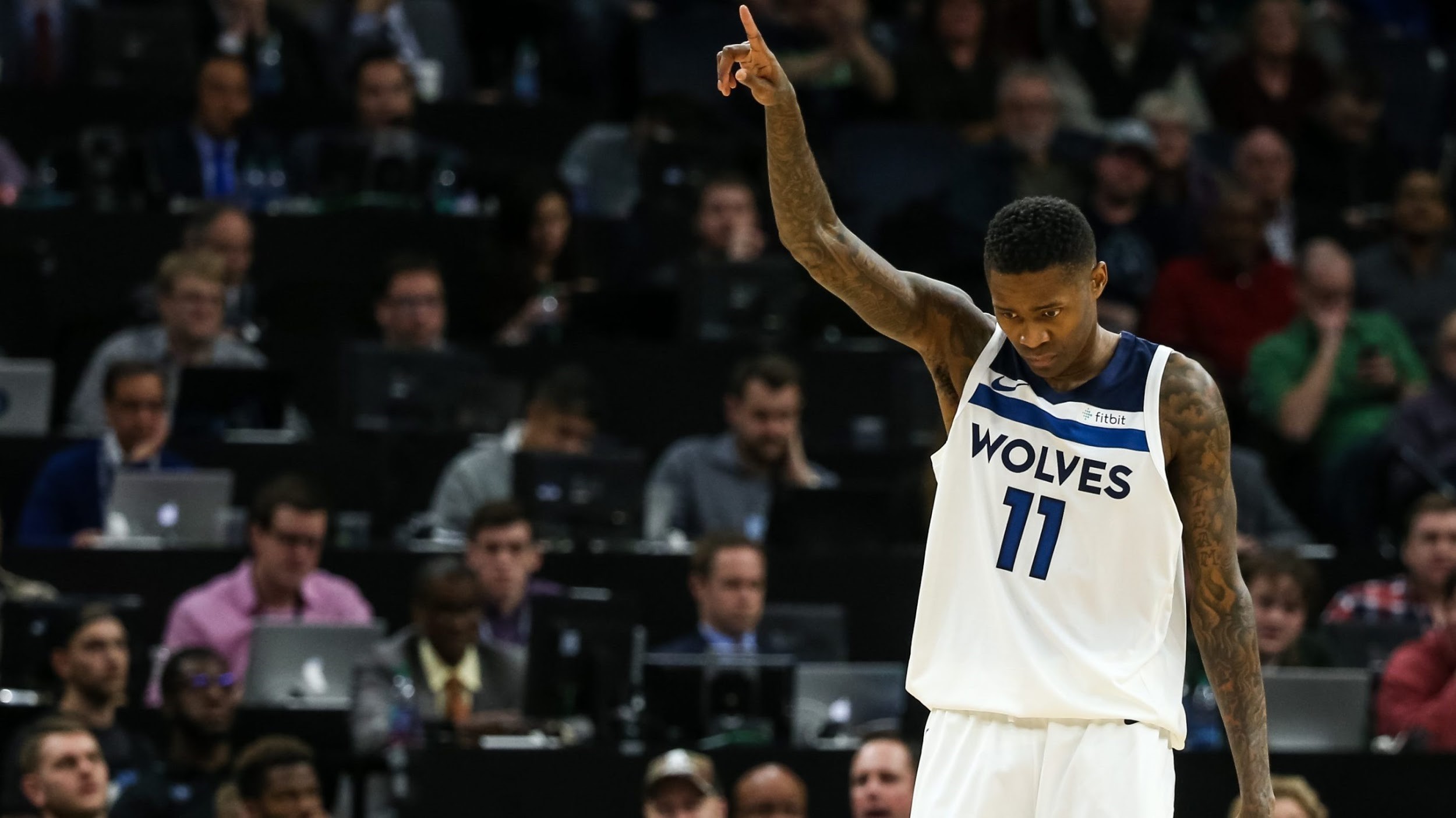 Where Will Jamal Crawford Play Next Season?

With the NBA’s training camp about to start, there is still one key free agent who will open camp in a city without an NBA team.

Jamal Crawford is one of the best reserves to ever play in the NBA. Not only is Crawford one of the best lights out shooters in the game, he is also a three time winner of the NBA’s Sixth Man of the Year award. He’s played in the NBA in the last 18 seasons and at age 38, he isn’t done yet.

Crawford has career averages of 15 points, 3.4 assists and 1.7 three pointers made per game. Last season, Crawford played for the Minnesota Timberwolves but it didn’t work out there. He still had a player option worth $4.5M for the upcoming season but he declined it, opting to look for the right team in the free agent market.

“It just wasn’t a happy environment,” Crawford said. “I thought I would be playing more before I signed. It ended up being the second fewest minutes I’ve ever played. Just wasn’t a fit or went like I was under the impression it would.”

When Crawford signed with Minnesota, he thought that he would play a significant role supporting Karl Anthony Towns, Andrew Wiggins and Jimmy Butler. But instead of being a key player on the T-Wolves, Crawford saw action for 20.7 minutes per game and he averaged just 10.3 points per outing. Those numbers were the lowest in his career since his rookie season.

After his Minnesota experiment failed, Crawford is back on the hunt, looking for the one team where he “fits well”. He isn’t singling out playing for a title contender. Crawford is even open to playing in an up and coming team for as long as he can contribute. He claims that there are deals out there for him but he is taking his time. Said Crawford:

“There is interest,” Crawford said. “I could just sign a deal to sign a deal. I’m just waiting for the situation where I think I can help where I fit well. I don’t want to sign something just to sign it. I’m not saying ‘championship or bust.’ A team on the rise makes sense. I bring a specific skill set, so a team that needs me instead of just, ‘Oh, that can work.’ I feel like I just went through that last season, and I don’t want to do that again.”

So where is Jamal Crawford’s next stop? Here are the three teams that are currently linked to him:

The Los Angeles Lakers started the summer by bagging its biggest prize. But since adding LeBron James to their line-up, the Lakers’ next moves looked bizarre. Instead of adding a second superstar to pair with King James, the Purple and Gold surrounded him with plenty of veteran support.

The Lakers signed Javale McGee from the two time defending champion Golden State Warriors. Then they added mercurial guard Lance Stephenson from the Indiana Pacers. Los Angeles wasn’t done yet a they also bagged point guard Rajon Rondo from the New Orleans Pelicans. Likewise, they also retained Kentavious Caldwell Pope to add support to King James. There were even rumors that the Lakers were looking at resurrecting Chris Bosh to bolster their roster.

Now the Lakers have a very odd mix of veteran savvy, young talent and the best player in all of basketball. Whether that takes them to the playoffs remains to be seen. What’s clear is that the Lakers signed all these veterans to one year deals, meaning they will still have enough salary money to add a second superstar next year. But first things first. For the Lakers to compete this season, they have to fill some obvious needs.

There are two that stand out: shooting and size. Crawford fills the need for shooting. But GM Rob Pelinka says that they are reserving their 15th and last roster spot for “versatility”, whatever that means. So while Crawford is said to be generating “some interest” from the Lakers, it’s unlikely they will add him.

The Sixers were one of the surprise teams of last season. They didn’t just make the playoffs, they made it to the second round where they lost to the Boston Celtics. But the victory doesn’t end there. After their success last season, much is expected from the Sixers this year. With Joel Embiid and Ben Simmons 100% healthy, that is not hard to accomplish.

Last month, Crawford praised Philadelphia in an interview. He talked about plenty of things to love in the city, including basketball and guard J.J. Redick whom he has played with before. Crawford also talked about his admiration for coach Brett Brown, Embiid, Simmons and last year’s #1 pick Markelle Fultz whom he said is “like a brother” to him.

A huge part of the Sixers’ success last season was the play of their veteran shooting guards in Redick and Marco Belinelli who lit up the hoops in the playoffs. But while Redick is back, Belinelli is gone. So adding Crawford would help fill the void left by the Italian sharp shooter.Even Ben Simmons talked about wanting Crawford to play for them in Philly saying the 18 year veteran “needs to come” to the Sixers. Obviously, Simmons is looking for additional targets to find when he is taking the ball to the basket.

The Boston Celtics were one win away from making the NBA Finals while playing without their two all-stars in Gordon Hayward and Kyrie Irving. Hayward broke his ankle on opening night while Irving had knee surgery mid-season and the Celtics played the entire postseason without both. Still, LeBron and the Cavs needed to stave off two elimination games to put away the men in green.

With Hayward and Irving set to return at full strength this season, the Celtics are labeled as the top favorites to win the Eastern Conference especially now that LeBron James no longer resides there. The Celtics also kept the core that carried them throughout the playoffs but you know Brad Stevens, he never stops looking at options.

Boston has shooters in Hayward, Irving, Terry Rozier and Jayson Tatum primarily. But a guy like Crawford is someone who is going to make Boston even more dangerous as he provides instant offense off the bench. Crawford also brings the much needed experience which could help this young team mature fast.

As with the Sixers, the reports are saying that the interest “is mutual”. Crawford has been a veteran of 18 years but has never won an NBA title. Nor has he even played for a team which was close in winning an NBA championship. Danny Ainge may be too glad to take him on a one year deal and see what happens from there. As of this writing, the Celtics are supposedly the leaders to sign Crawford but unless he puts pen to paper, we can never be too sure.