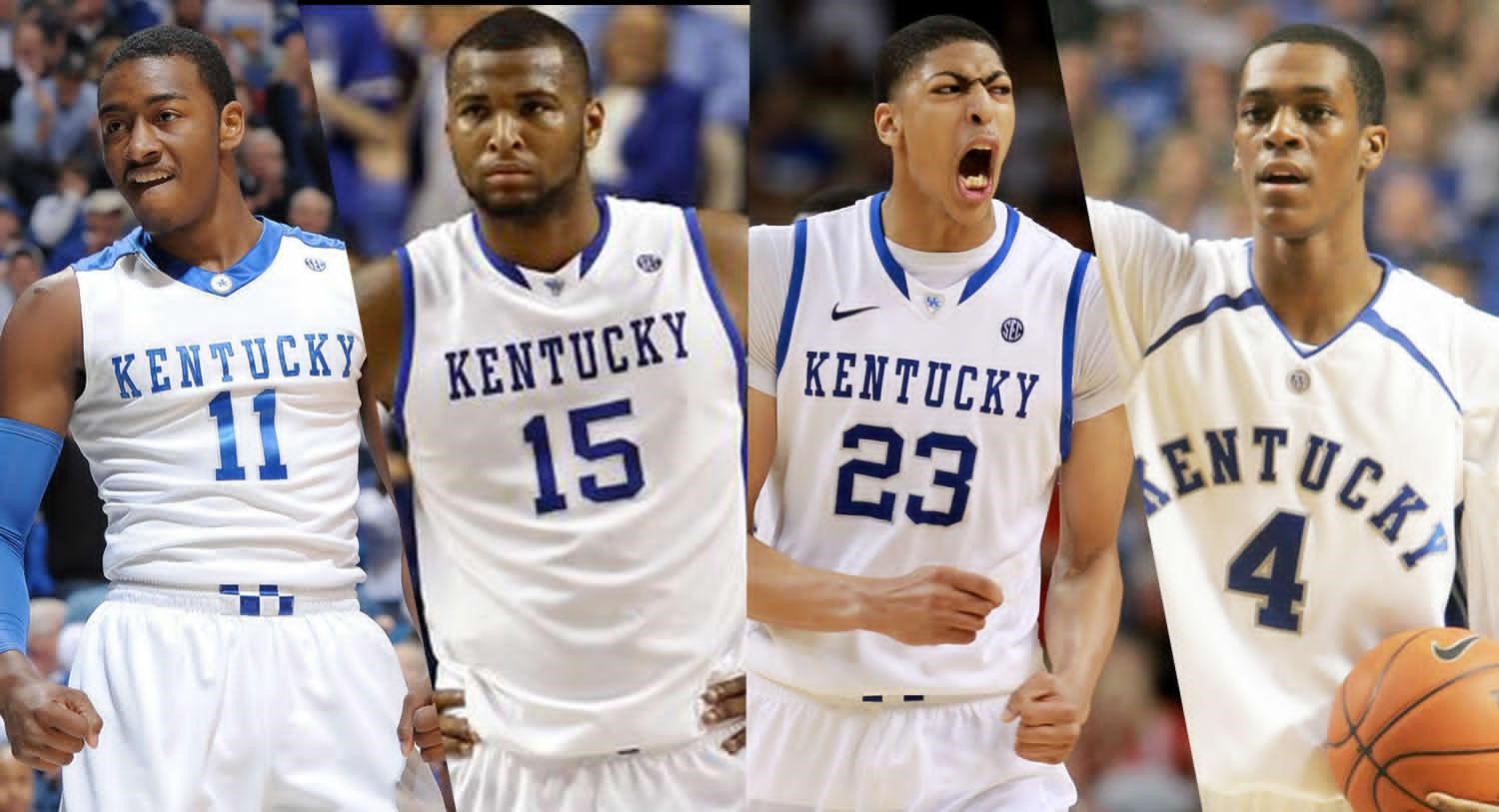 Which College Has The Most Current NBA Players?

March Madness is upon us once again and as we wait as to which collegiate team wins the NCAA Tournament championship this year, Let’s take a look at which five Universities are best represented in the current NBA season.

Please note that the basis here is the opening day roster of NBA’s 2017-18 season. Here are the Top 5 NBA factories out there: 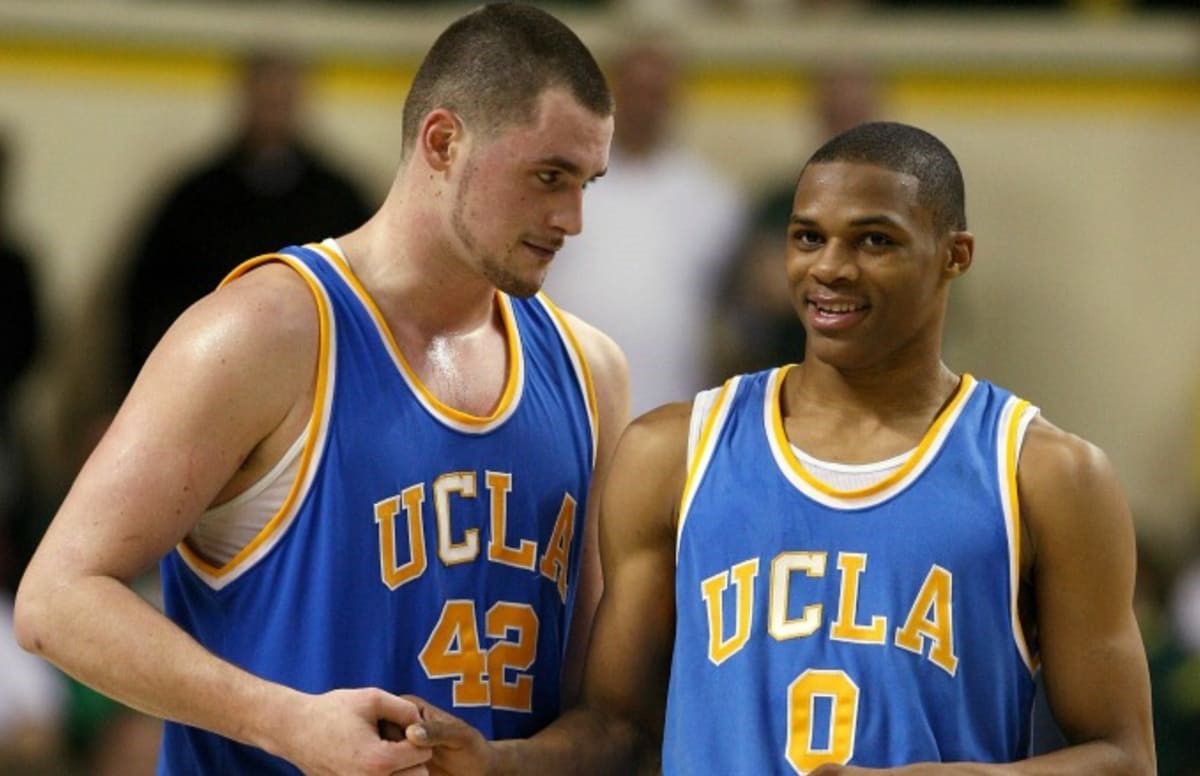 The UCLA Bruins have a history of producing NBA superstars. Kareem Abdul Jabbar, Bill Walton, Marques Johnson, Kiki VanDeweghe and Reggie Miller are among the few. Currently, the Bruins’ #1 alumnus is reigning MVP Russell Westbrook of the Oklahoma City Thunder. In the most recent NBA draft, UCLA guard Lonzo Ball was picked 2nd overall by the Los Angeles Lakers. But let’s not talk about him anyway. Let’s go back to Russell Westbrook. Do you know who Russ’ roommate at UCLA was ? Kevin Love.

In fact, Westbrook and Love played on the 2007-08 UCLA team that also had Darren Collison and Luc Mbah Moute on its roster. This group reached the NCAA Tournament Final Four where they lost to Memphis 63-75. While they didn’t win it all that year, the Bruins own the record for most NCAA men’s titles with 15, an NCAA basketball record they share with the University of Connecticut Lady Huskies. 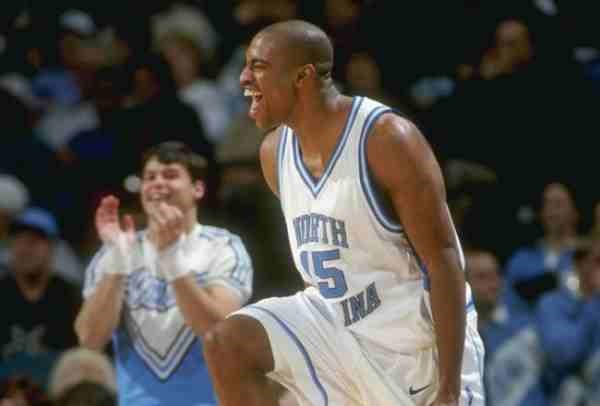 Who doesn’t know the University of North Carolina? This is only the school that produced the greatest basketball player of all-time, none other than the GOAT Michael Jordan himself. Jordan led the Tar Heels to the 1982 title and if you can remember that iconic image, MJ hit the ‘shot’ that won it all for UNC.

Right now, the Tar Heels don’t have a marquee star like the Bruins have Westbrook. However, they have the right to the Oldest active player in the NBA in Vince Carter. The 41 year old Carter was drafted in 1998 and is now in his 20th NBA season. Only Carter, Manu Ginobili, Jason Terry and Dirk Nowitzki are current and active NBA players who were born before 1980.

The University of North Carolina has produced a total of 48 first round picks, 16 of them under the program of Hall of Fame coach Roy Williams. 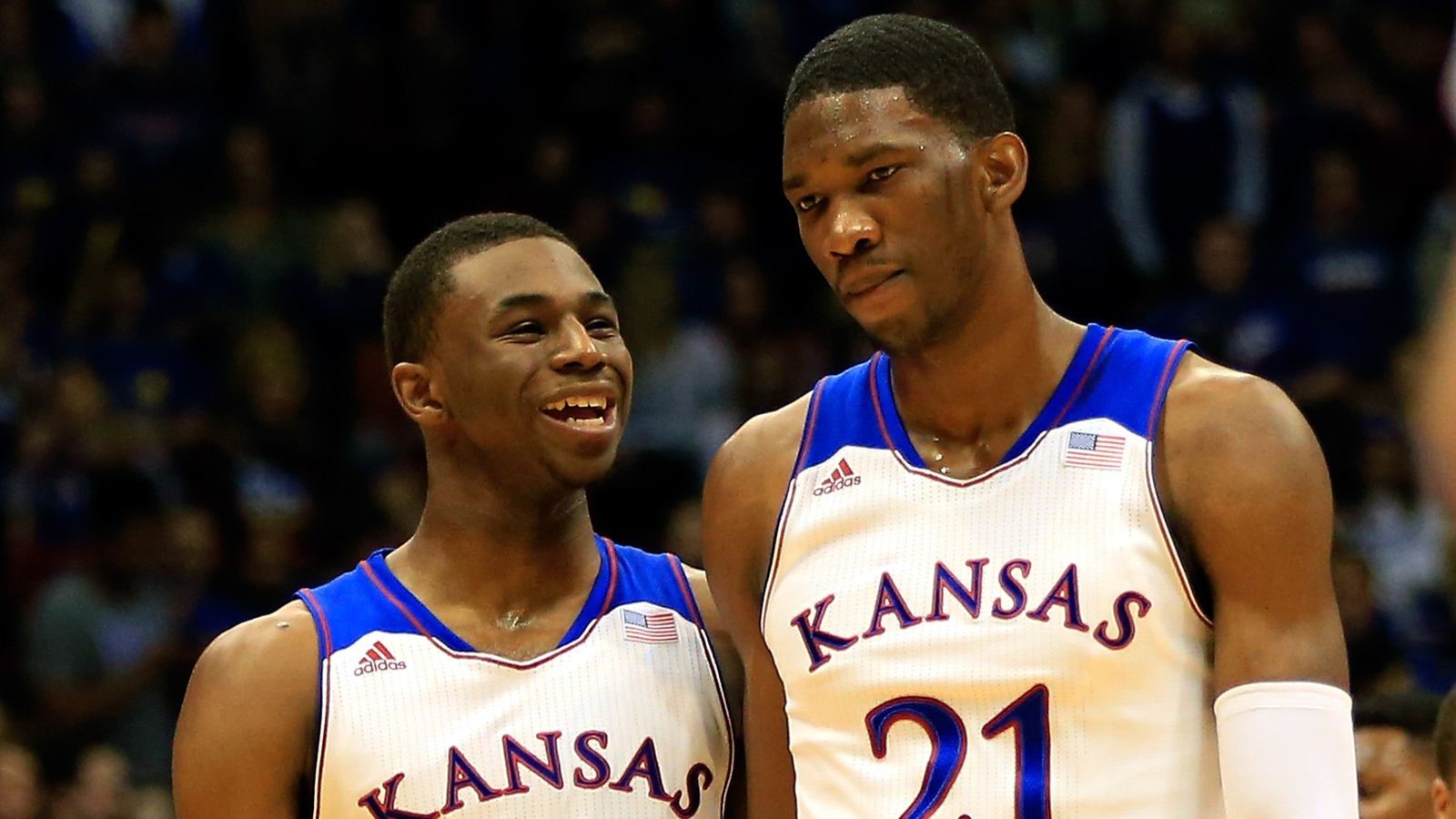 The Kansas Jayhawks don’t just have the third most players in the NBA’s 2017-18 season opening day rosters. They also have one of the youngest group of players currently in the league. 10 of Kansas’ 16 NBA players were drafted in 2013 or later. Four of these 10 players are Top 7 picks in the NBA draft. These include Andrew Wiggins of the Minnesota Timberwolves ( #1 overall in 2013 ) and Joel Embiid ( #3 overall in 2014 ).

The oldest KU player in the league today? None other than the Oklahoma City Thunder’s Nick Collison who was the #12 overall pick in 2003 by the then Seattle Supersonics. As a trivia, the first coach in the history of the University of Kansas is none other than the inventor of basketball himself, Dr. James Naismith. However, Naismith stands as the only coach in Jayhawks’ history to have a losing record. 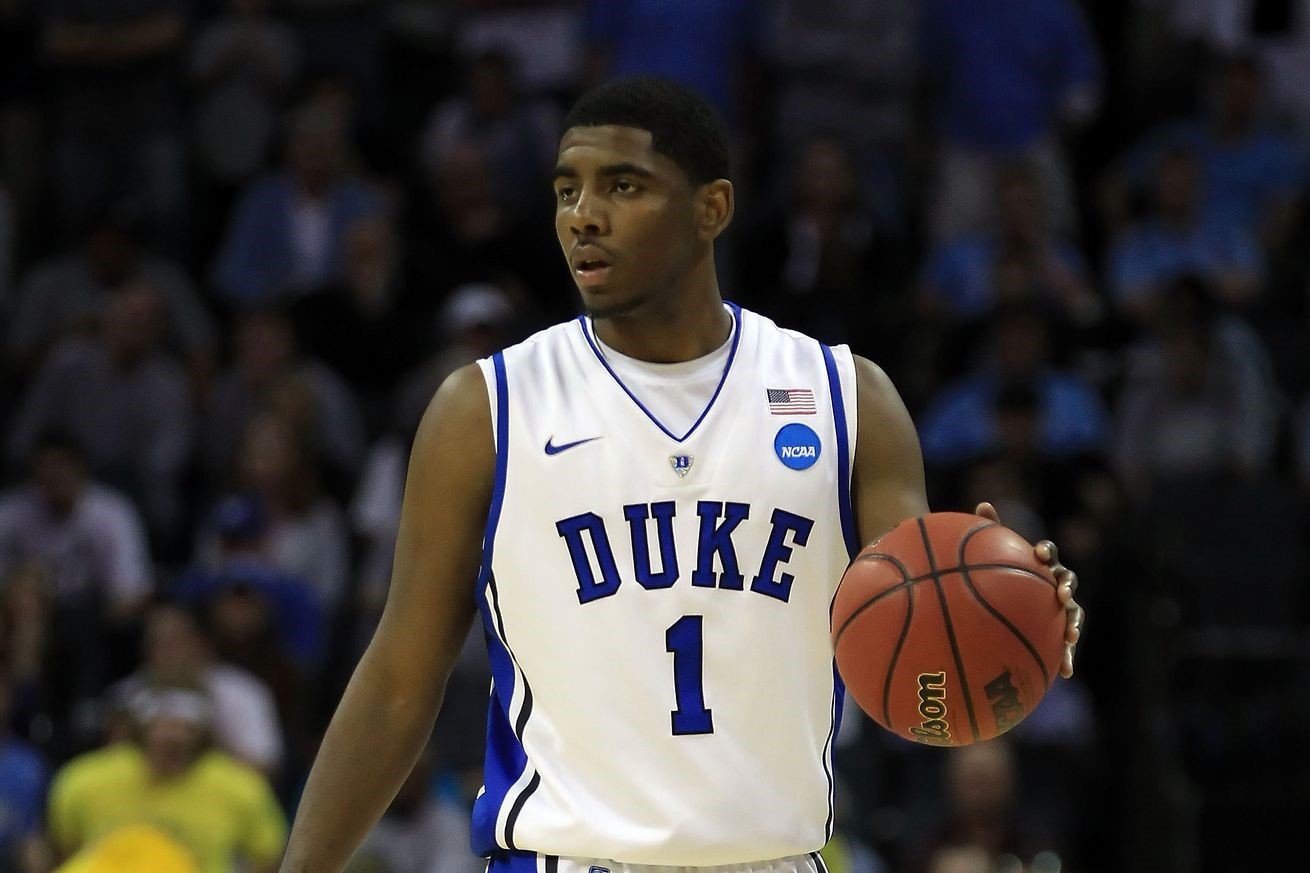 The Blue Devils of Duke are the second most represented school in the NBA today with 20. Leading the way is superstar point guard Kyrie Irving of the Boston Celtics. Irving was a one and done freshman at Duke in 2010-11 before he was drafted by the Cleveland Cavaliers with the 1st overall pick in 2011.

Aside from Irving, Duke boasts of young superstars like Jabari Parker, Brandon Ingram and Jayson Tatum. As to elder statesmen Duke has the likes of J.J. Redick of the Philadelphia 76ers and Luol Deng of the Los Angeles Lakers. Duke has appeared in 11 NCAA title games and has won a total of five, fourth all time behind UCLA, North Carolina and Kentucky. 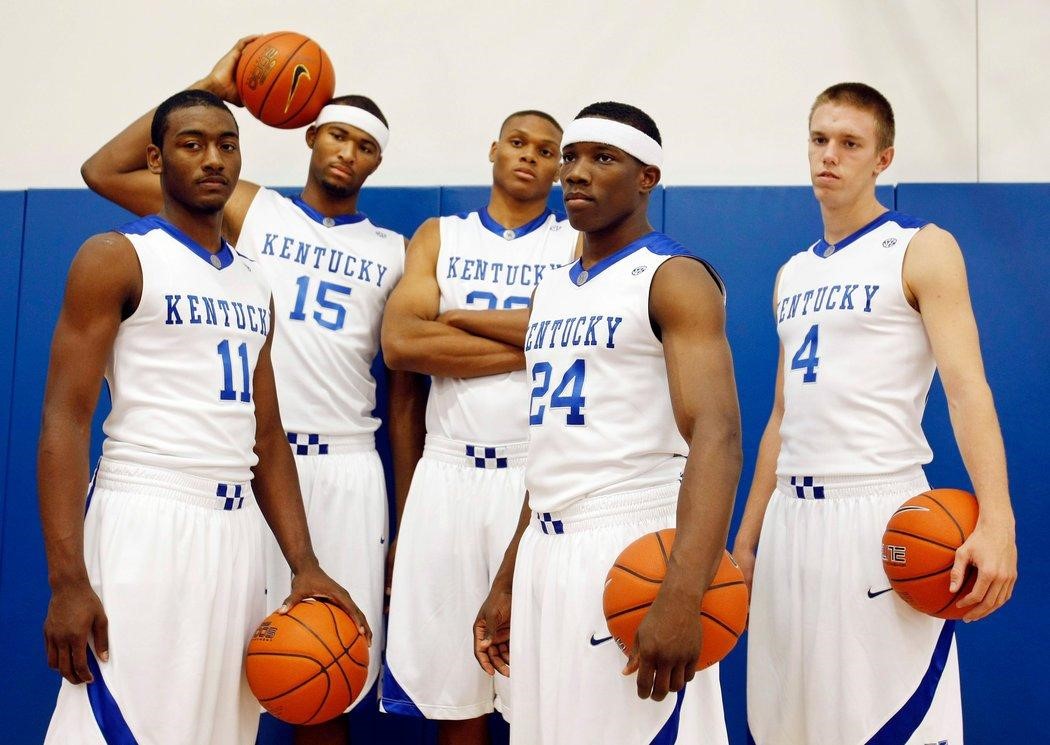 Considered as the most successful NCAA Division 1 school in men’s basketball, the University of Kentucky has the most wins all-time ( 2,256 ) and best winning percentage ( .755 ). They are also ranked 2nd in terms of NCAA championships with 8. They also hold the record for most players drafted in the NBA ( 121 ) and #1 overall picks ( 3 ).