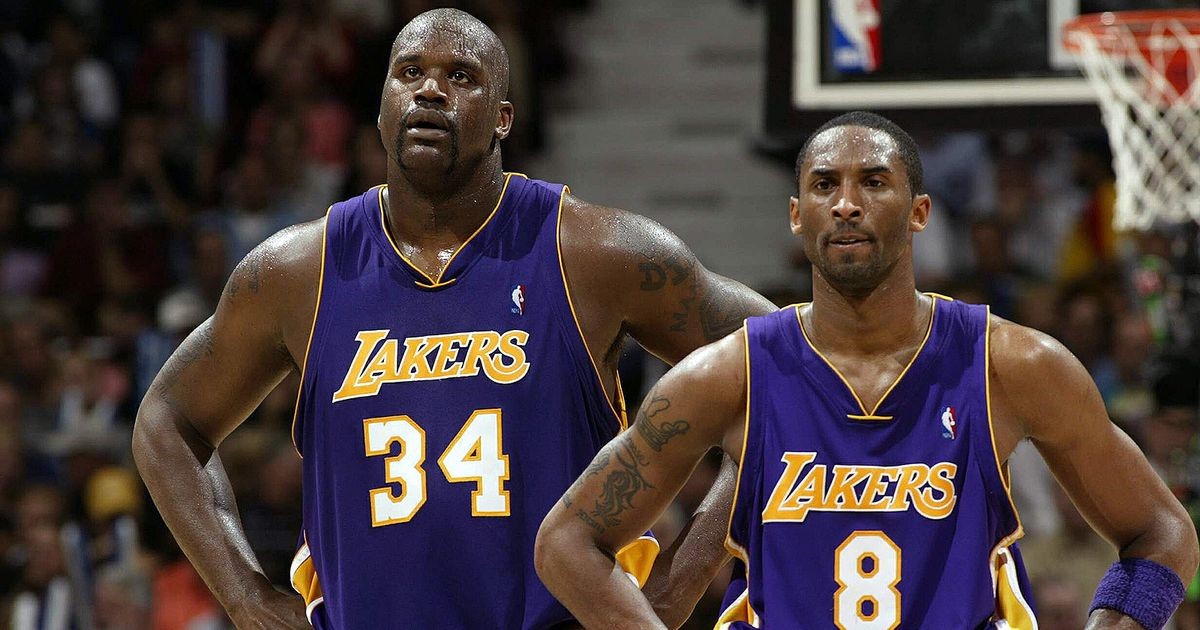 Which NBA Duo Could Beat Kobe And Shaq In A Game of Two-On-Two?

Shaquille O’Neal and Kobe Bryant brought Showtime back to Los Angeles. The dynamic duo powered the Lakers to three consecutive NBA titles in the early 2000s before they went separate ways.

While we agree that they are one of the best one-two punch the NBA has ever seen, Shaq believes that they are the best of all-time, period. In a recent Instagram post, O’Neal challenged fans to name a same team NBA duo that could beat them in a game of two on two:

The question was asked Name a duo that could beat SHAQ AND KOBE in a two on two matchup. Well I’m waiting. Don’t hold back. Players have to be on the same team.

When it comes to big man- wing combination, it’s hard to deny Shaq’s claims. O’Neal was an absolute monster inside the paint during his prime. He dominated the shaded lane like a dog would protect his dog house. As for Kobe Bryant, the Black Mamba ranks among one of the best scorers the game has ever seen. And his killer instinct, especially in late game situations is at par with the great closers in NBA history.

But are they really the best same-team duo ever? 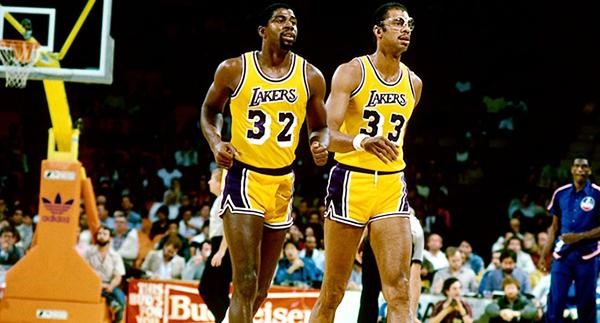 Perhaps the best duo that can rival Shaq and Kobe in terms of size and skill set is the original Showtime catalysts - Magic Johnson and Kareem Abdul Jabbar. While Kareem didn’t possess Shaq’s brute strength, he was equally unstoppable with his skyhook. Johnson was a 6-9 point guard who can shoot from the outside. With his size and length, he would’ve provided an excellent match-up for Kobe Bryant.

Magic and Kareem led the Lakers to five NBA titles during the 80’s decade. They made eight NBA Finals appearances during a ten year period starting the 1979-80 season. L.A.’s Showtime was the most dominant team since the 60’s Boston Celtics. Magic and Kareem versus Kobe and Shaq? That would be a great mythical match-up. 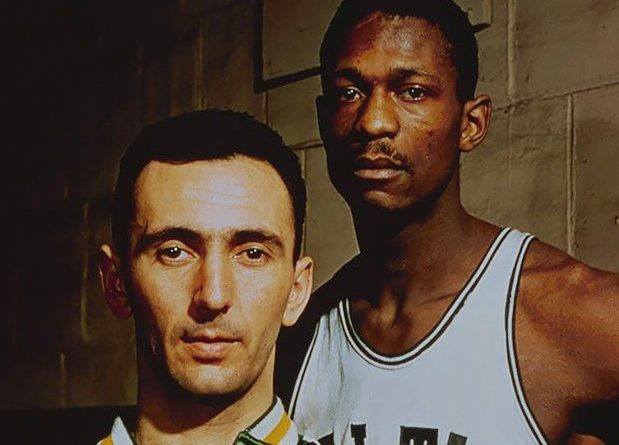 Without doubt, the most dominant team in the history of the NBA was the 60’s Boston Celtics which won a total of 11 NBA titles in 12 NBA Finals appearances during a 13 year dynasty. Leading that team was Bill Russell, the best big man in the history of the game, who was part of all 11 championship runs. Helping Russell would be the Houdini of the Hardwood, Bob Cousy.

Russell controlled the boards while Cousy ran the offense for the legendary squad. The duo won a total of six NBA titles together, more than half of the total 11 which the great team won. Shaq versus Russell would be a dream match-up. But Kobe’s size and length could’ve been too much even for the great Bob Cousy. 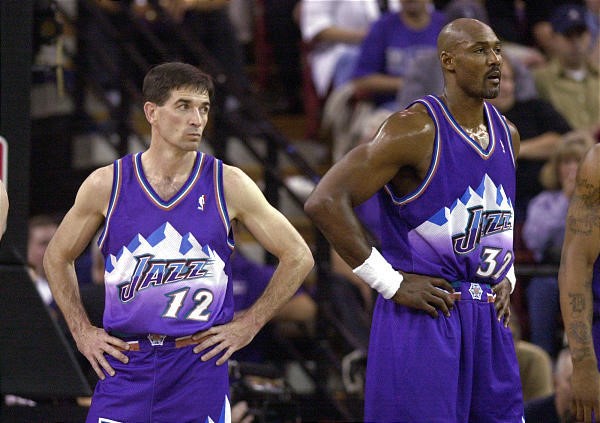 How many times have you heard the phrase ‘Stockton to Malone’? John Stockton is the NBA’s all-time assists leader with 15,806 helpers during his entire career. Most of those assists were delivered to Karl ‘The Mailman’ Malone. So it’s no wonder why Malone is the NBA’s second all-time leading scorer at career 36,298 points.

The duo made the playoffs in all 18 years that they played together. They led the Utah Jazz to the Western Conference Finals five times during a seven year stretch. Stockton and Malone run the pick and roll to perfection. But in game of two-on-two, Stockton may have a hard time defending the much taller and craftier Kobe Bryant. 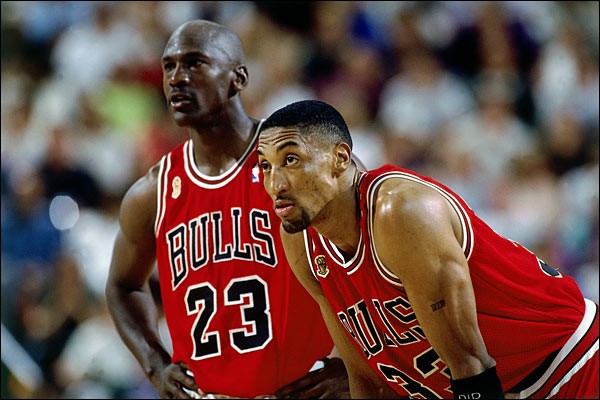 After Showtime, The Chicago Bulls were the next dominant team in the NBA. Under the tutelage of Phil Jackson and his vaunted triangle offense, the Bulls won a total of six NBA titles during an eight year period from 1991 to 1998. Leading the Bulls of course was no other than Michael Jordan, regarded as the best basketball player of all-time. Jordan would get plenty of help from another all-time great in Scottie Pippen. Pippen was the first of what was called as ‘point forwards’.

Of all mythical match-ups, this is the one where Kobe doesn’t have the advantage. Jordan and Bryant were both listed at 6-6 and we all know MJ said the player hardest to beat one on one would be his mirror - Kobe. But while MJ would beat Kobe here, it’s impossible for Pippen to stop Shaq in the post and from dominating the boards. 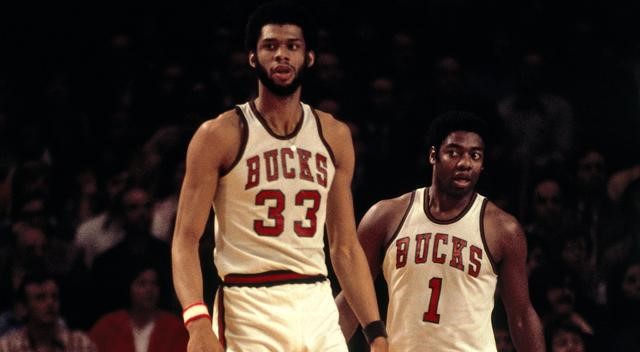 Long before the Greek Freak arrived in the NBA, the Milwaukee Bucks won an NBA world title. During the 1970-71 season, Oscar Robertson and Lew Alcindor would lead the team to a league best 63 wins. The duo went on to help the Bucks go 12-2 in the playoffs where they would defeat Baltimore for the only title in franchise history.

Alcindor is of course Kareem Abdul Jabbar and as we said earlier, he could give Shaq a run for his money. The 1971 version was even more dominant than the Showtime Kareem. Robertson was 6-5, almost as tall as Kobe. He also had the built and athleticism to match-up with Bryant. Having said these, the Robertson-Alcindor duo should be the darkhorse to beat Shaq and Kobe. 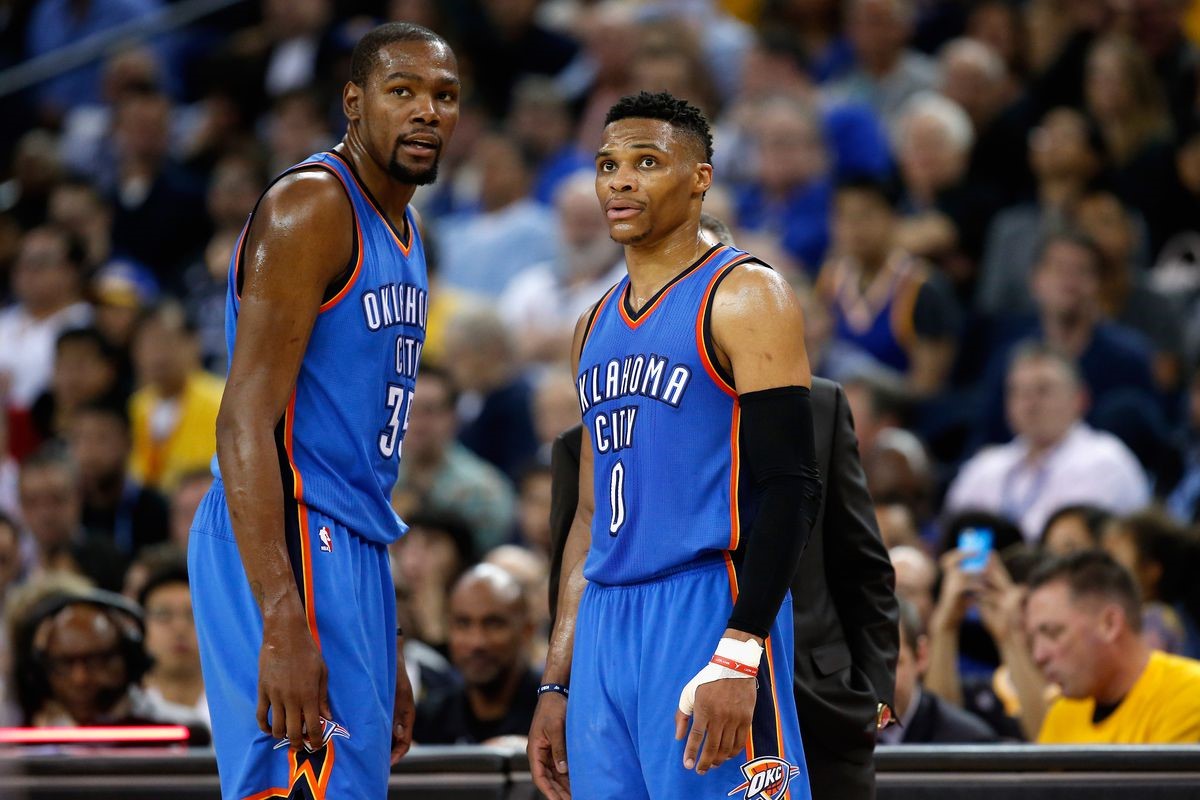 These are just a few of the league’s best duos ever. The duo of Kevin Durant and Russell Westbrook at Oklahoma City is also worth noting and so with the Bad Boys backcourt of Isiah Thomas and Joe Dumars. But then both don’t have the size to stop Shaq so it’s gonna be an easy win for the Lakers’ pair.

You could also add the Larry Bird and Kevin McHale tandem. That would surely have good size to match-up with Shaq. Even then, it’s hard to imagine both ( even in a double team ) stopping Shaq from rampaging inside the shaded lane. Bird would be a tough cover for Kobe though.

The Tim Duncan and David Robinson pairing would give Shaq and Kobe the most problems in terms of size as would the Rockets twin towers of Ralph Samson and Hakeem Olajuwon. But wouldn’t Kobe pick apart the defense with his speed and outside shooting?

We’ve already mentioned some of the notable duos in the history of the NBA. What do you think? Are Shaquille O’Neal and Kobe Bryant unbeatable in a game of two-on two?