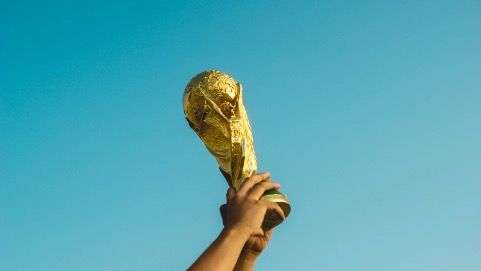 With less than 12 months to go, the excitement is already building. Bets are already being placed for the football World Cup in 2022 and Qatar is promising us all a spectacle. With this being the very first World Cup hosted in the Middle East, the region is looking to impress with magnificent stadiums and the best tournament yet.

With Messi widely regarded as being the best footballer in the world, it is perhaps unsurprising to see his name on this list. The truth is though that there was no guarantee that he’d even be appearing. At the age of 35 by 2022, Messi will be at an age where many would be hanging up their boots. The good news is that Messi has confirmed that he will be seeing this tournament through.

With Messi, it is hard to see anyone who can match his skills when it comes to dribbling and ball control. He also has that instinctive ability to find the back of the net when needed. Having won so many trophies in his time, the World Cup in 2022 would be the perfect end to a glittering career.

Another player, like Messi, he continues to defy the ageing process. Ronaldo shows no desire to retire, and instead, he goes on to marvel football fans the world over. Trying to choose between Ronaldo and Messi as the best player in the world is a near-impossible task. That is why having both of these greats at the 2022 World Cup is a privilege for all involved.

Ronaldo boasts over 700 goals in his career. It is not just his goal scoring ability that makes him one of the best players in the world. He has pace both on and off the ball and has also shown himself as one of the most intelligent players around.

If you remember the 2018 World Cup final then you’ll know exactly why we have included Mbappe as a player to watch in 2022. As France was crowned the champions of the world, it was Mbappe that scored the finest goal that has ever been seen in a World Cup final.

Mbappe may have been a relatively unknown entity before 2018, but ever since he has gone on to improve in all aspects of his game. This has led to him becoming one of the world’s most sought after players. With an amazing pace, tremendous dribbling skills, and the ability to score the most impressive goals, this player will be a joy to watch in Qatar.

France fielded what can only be described as a formidable team back in 2018. The worrying thing for the nations due to face them in 2022 is that this is a team that has only got better. There are new and stronger players coming through all of the time. One such player is Adli.

Adli will only be 18 by the time of the World Cup. He has shown plenty of promise during his time playing in Ligue 1 and is sure to impress a world audience come 2022. He is a player who prefers a midfield role and is capable of running with a blistering pace.