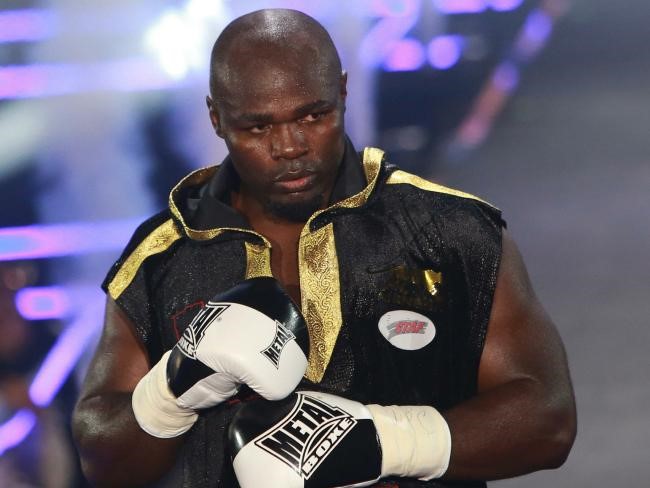 Who is Carlos Takam And Why Is He Fighting Anthony Joshua on October 28th?

Not many boxing fans may be aware that Anthony Joshua will be fighting this weekend. That's because while AJ is coming off a mammoth classic at Wembley Stadium last April, he will be fighting a virtual unknown on October 28th.

It's not Joshua's fault though. His original opponent pulled out of the fight two weeks ago due to injury. Good thing, Joshua's promoter Eddie Hearn booked a standby opponent just in case something went wrong. Well, something did so Joshua will now be facing that replacement foe. 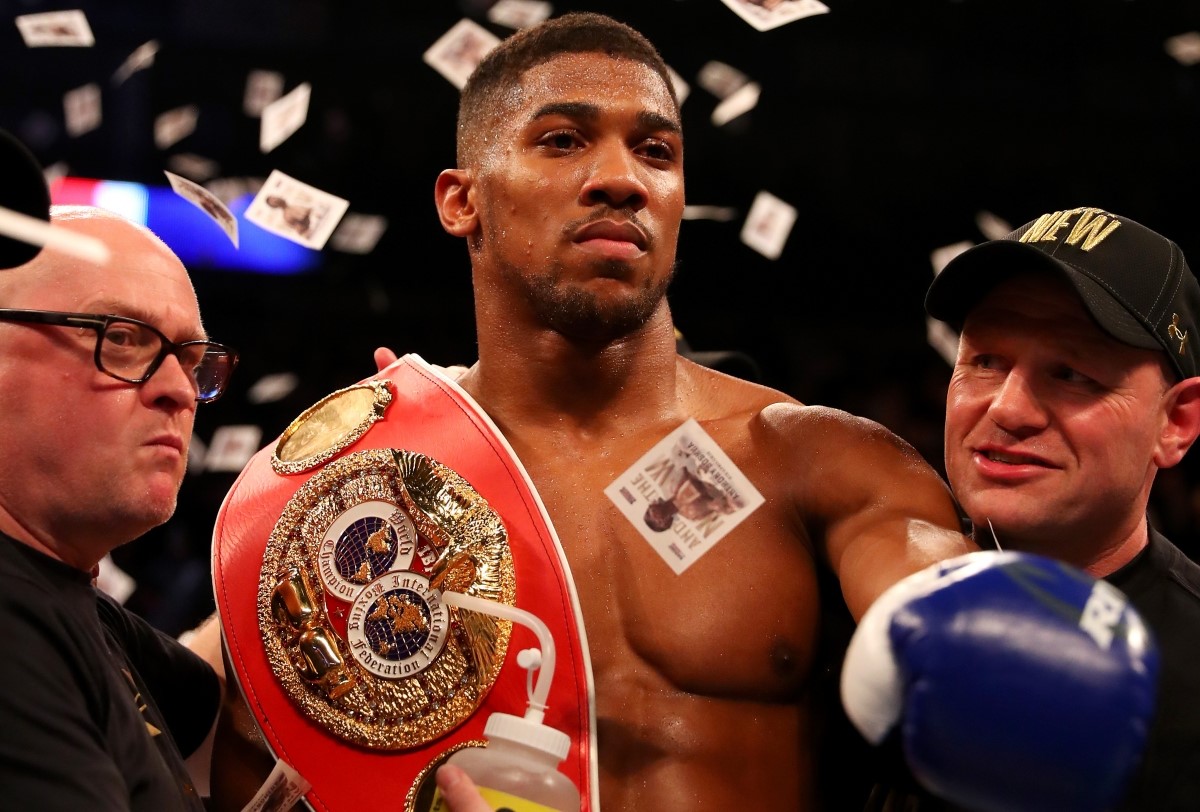 Anthony Joshua affirmed his claim as the best heavyweight boxer in the planet by defeating two time former champion Wladimir Klitschko in one of the sport's most epic fights in decades last April 29, 2017. In that bout, Joshua had to dig deep and literally pull himself up from the canvass to outlast one of boxing's longest tenured champions.

AJ's 11th round stoppage of Wlad was so good that many expected an immediate rematch between the pair. However, Klitschko decided it was time to hang up his gloves and end his legendary career. Left without a foe, Joshua's team decided that the 2012 Olympic Gold medalist make a mandatory defense of his IBF title instead of pursuing a unification bout with the other heavyweight champions.

And so it was booked. Anthony Joshua was set to defend his heavyweight titles against the IBF's mandatory challenger Kubrat Pulev of Bulgaria. But with barely two weeks to go before fight night, Pulev begged off from the fight after suffering a shoulder injury while training. 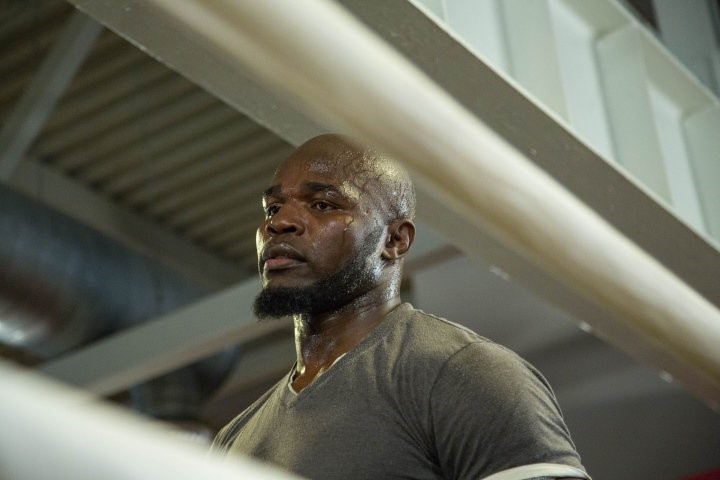 Enter Carlos Takam. The soon to be 37 year old Frenchman was booked as Joshua's standby opponent in case something wrong happened. Takam was the IBF's 3rd ranked contender so when Pulev called in sick, Takam was promoted to mandatory challenger and was immediately penciled to fight Joshua on October 28th.

Takam though is that he is no Kubrat Pulev. While Pulev represented a legitimate threat to Anthoy Joshua, Carlos Takam does not. He doesn't have the same quality of fight resume as the man he is replacing, nor does he have the same star power that Pulev possesses.

Not to discredit him but Carlos Takam couldn't win the biggest bouts of his career. He has never challenged for a world title before. The closest he was to that was when he fought current WBO heavyweight champion Joseph Parker in 2016 in an IBF title eliminator. Takam lost that fight by decision. 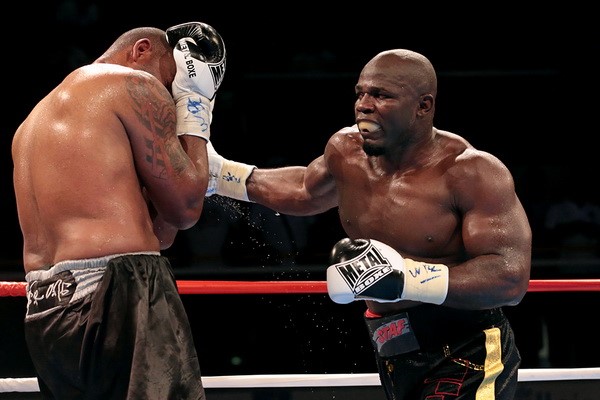 In 2014, Carlos Takam was knocked out by former WBA ( regular ) Heavyweight champion Alexander Povetkin during his first defense of the WBC Silver Heavyweight title.Two bouts before that, Takam could only muster a split draw against Cuban Mike Perez in a WBC US Heavyweight championship bout.

Not only did Takam lose the key fights of his career, his most significant career wins have come against forty year old over the hill former title challengers. Takam defeated South African Frans Botha in 2012 via TKO when the latter was 44 years old. In 2013, Takam recorded a TKO win over Michael Grant. The American was 41 when they fought. The following year, Takam defeated Tony Thompson to win the WBC Silver Heavyweight title. The Tiger no longer had his fangs then. Thompson was already 43 years old when they fought.

So you see, Carlos Takam isn’t Kubrat Pulev. Nor is he near the level of the Bulgarian Cobra. But because Pulev isn’t fit to fight Joshua, Takam was put in his place rather than the promoters cancel the entire event because of Pulev’s injury. Welcome to the world of boxing rankings and mandatory challengers.

Looking To Shock The World 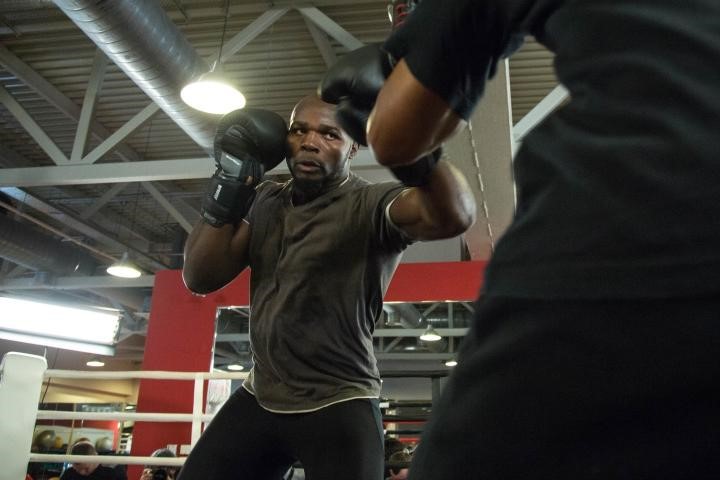 Takam may have a dubious resume but that does not mean that he will just lay down to Anthony Joshua. Presented with a rare opportunity of earning a title shot, he will be looking to shock the world. That may sound unlikely but remember that this is the heavyweight division and all it takes is one punch to change the course of history.

We cannot look beyond James ‘Buster’ Douglas’ 1990 knockout of Mike Tyson in Japan to prove that point. Like Takam, Douglas was a longshot of longshots to win against the invincible Iron Mike. But he pulled off one of the greatest ( if not the greatest ) shockers in the history of the sport.

Even at an advanced age, one cannot declare that it’s absolutely impossible for Carlos Takam to beat a young Anthony Joshua. Remember that in 1994, 46 year old George Foreman ridiculously knocked out a prime Michael Moorer to win the boxing’s Heavyweight title.

A Different Kind of Challenge 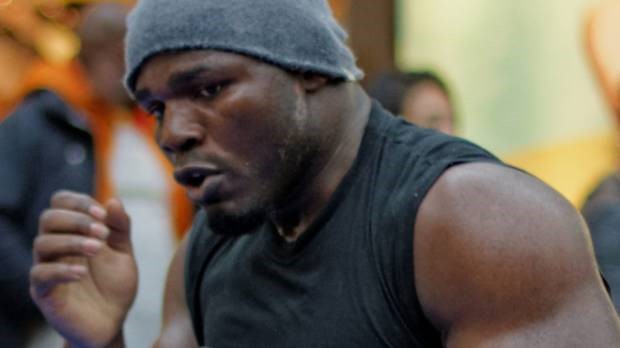 It’s not just history that’s keeping us from writing off Carlos Takam. Compared to Pulev, he presents a different kind of challenge for Anthony Joshua. At 6-1, he is three inches shorter than the Bulgarian and is the shortest foe that Joshua has faced since 5-11 Denis Bakhtov in 2014. Aside from that, Takam is stocky and built powerfully, making him more difficult to knock out compared to Pulev.

It also helps that Takam has an aggressive, come forward fighting style. Given his age, his best chance of beating Joshua is in the opening rounds. He must be aggressive right from the opening bell and throw his haymakers in the hopes of landing one that’s going to hurt AJ. Otherwise, he may not have the stamina to compete with a younger and quicker opponent in the middle rounds.

Takam is also hoping that the change in opponent is at least a distraction for Joshua. As Pulev pulled out late, AJ only has 12 days to prepare for another opponent who possesses a different fighting style. On the other hand, Takam has been preparing to fight Joshua from day one as he was designated as the standby opponent the moment Pulev signed the contract. Whether this plays a factor in the fight remains to be seen. It’s an interesting angle to note though. 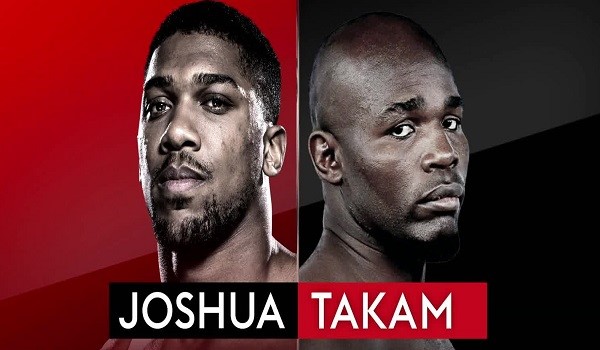 Beating Anthony Joshua is easier said than done. Big Josh has shown very few weaknesses since turning pro in 2013. Joshua is widely recognized as the best heavyweight in the planet. His unique combination of power, hand speed, footwork and boxing IQ is something we have never seen before. AJ has a perfect record of 19-0 with 19 KOs. Only one opponent has gone more than seven rounds with Joshua and that was Wladimir Klitschko.

Anthony Joshua and Carlos Takam have one common opponent in Englishman Michael Sprott. Takam knocked out Sprott in five rounds in 2015. Seven months earlier, Joshua halted Sprott in just 86 seconds. Other than Sprott, there is no other common denominator between the two.